In “Forecasting Love and Weather,” Park Min Young has finally let her guard down to let Song Kang in!

JTBC’s “Forecasting Love and Weather” is a new romance drama about the work and love lives of people who work at the Korea Meteorological Administration, Korea’s national weather forecast service. Park Min Young stars as the frosty Jin Ha Kyung, who does everything by the book and is fastidious about keeping her personal and professional lives separate, while Song Kang stars as the free-spirited and determined Lee Si Woo, who boasts an impressive IQ of 150 but only cares about the weather.

While Jin Ha Kyung and Lee Si Woo are now exciting viewers with their thrilling secret office romance, it wasn’t always smooth sailing for the pair. Although Jin Ha Kyung tried to swear off dating in the workplace, here are three irresistible moments that made her fall her Lee Si Woo.

Just one month before her spring wedding with weatherman Han Ki Joon (Yoon Bak), Jin Ha Kyung found her boyfriend of 10 years in bed with another woman, leaving her to face a bitter winter all on her own. Han Ki Joon also told Jin Ha Kyung, “I still get sick and tired when I think about how hard I worked to make you feel better,” which hurt her even more. However, the end of their romance was not a true end, as they continued to see each other at the office as their co-workers gossiped behind their backs.

Amid all this, Lee Si Woo appeared in her life like a cool breeze. He explained, “Wind. You can’t see it, but it always leaves a trace.” When everyone assumed that Jin Ha Kyung would quit her job because she was the victim of the breakup, Lee Si Woo was the only person to tell her, “I don’t want you to leave. Even more so if you’re leaving because you want to escape.” This sincere comfort from Lee Si Woo impacted Jin Ha Kyung like a passing cool breeze. 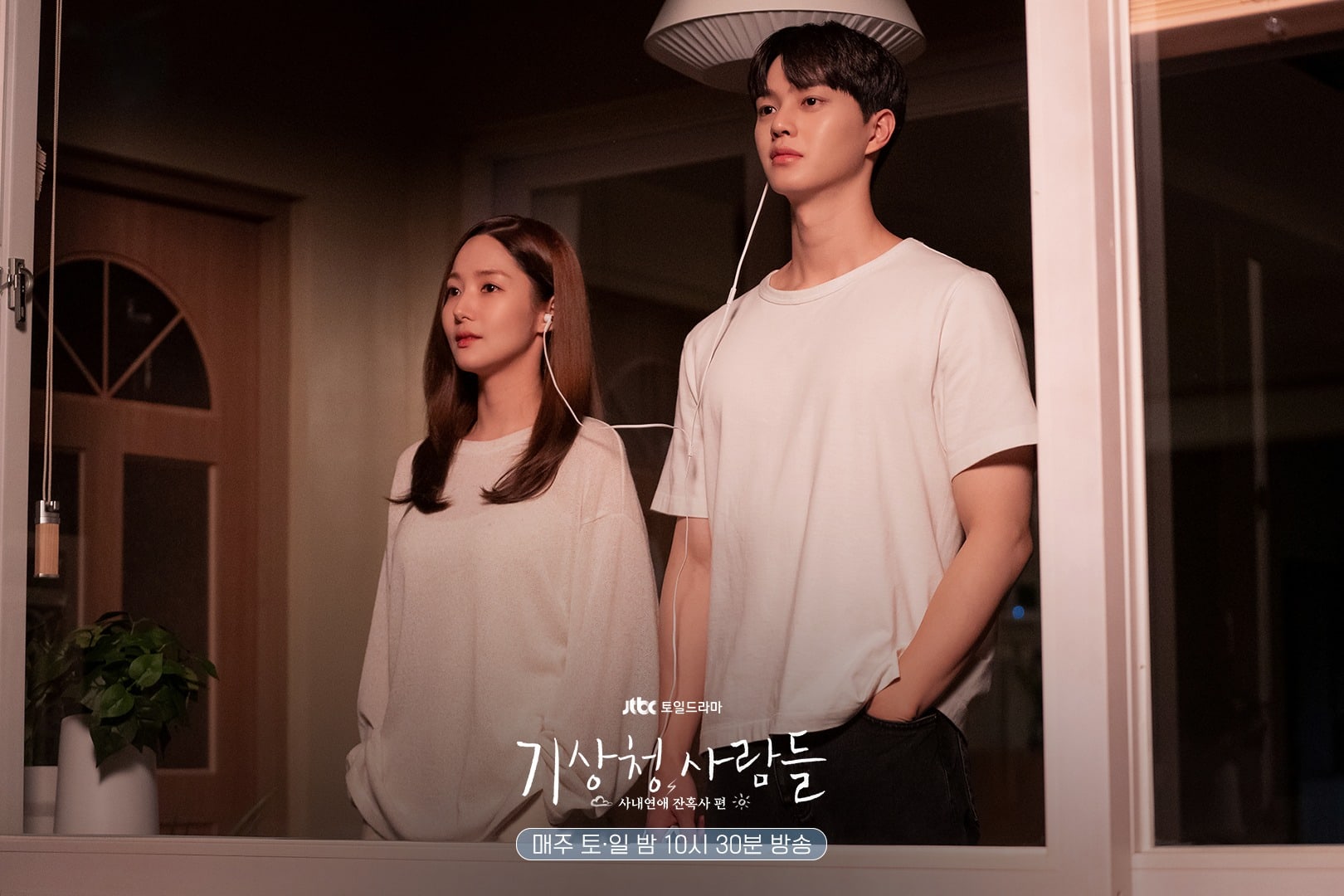 2. “Nicely, like adults” – The masculinity of a younger man

Lee Si Woo’s bold masculinity consistently keeps Jin Ha Kyung on her toes as she navigates the younger man. The start of this was their first night together. While the damage had already been done, Jin Ha Kyung did not want to start another office romance so she created a firm boundary by saying, “A boss and their subordinate. That’s where it ends.” Although Lee Si Woo had a good time, he doesn’t want to pressure Jin Ha Kyung so he calmly responded, “Let’s try to do well. Nicely, like adults.”

However, he continued silently watching out for Jin Ha Kyung, by catching her falling blanket, checking her forehead temperature when she didn’t even realize she was sick, and getting her medicine without her knowing. After, Lee Si Woo checked her forehead again to make sure she’s been taking the medicine and commented, “Yes, you’ve eaten it. Your fever has gone down.” This comment alone created chaos in Jin Ha Kyung’s mind because she had firmly decided to never date at work again. 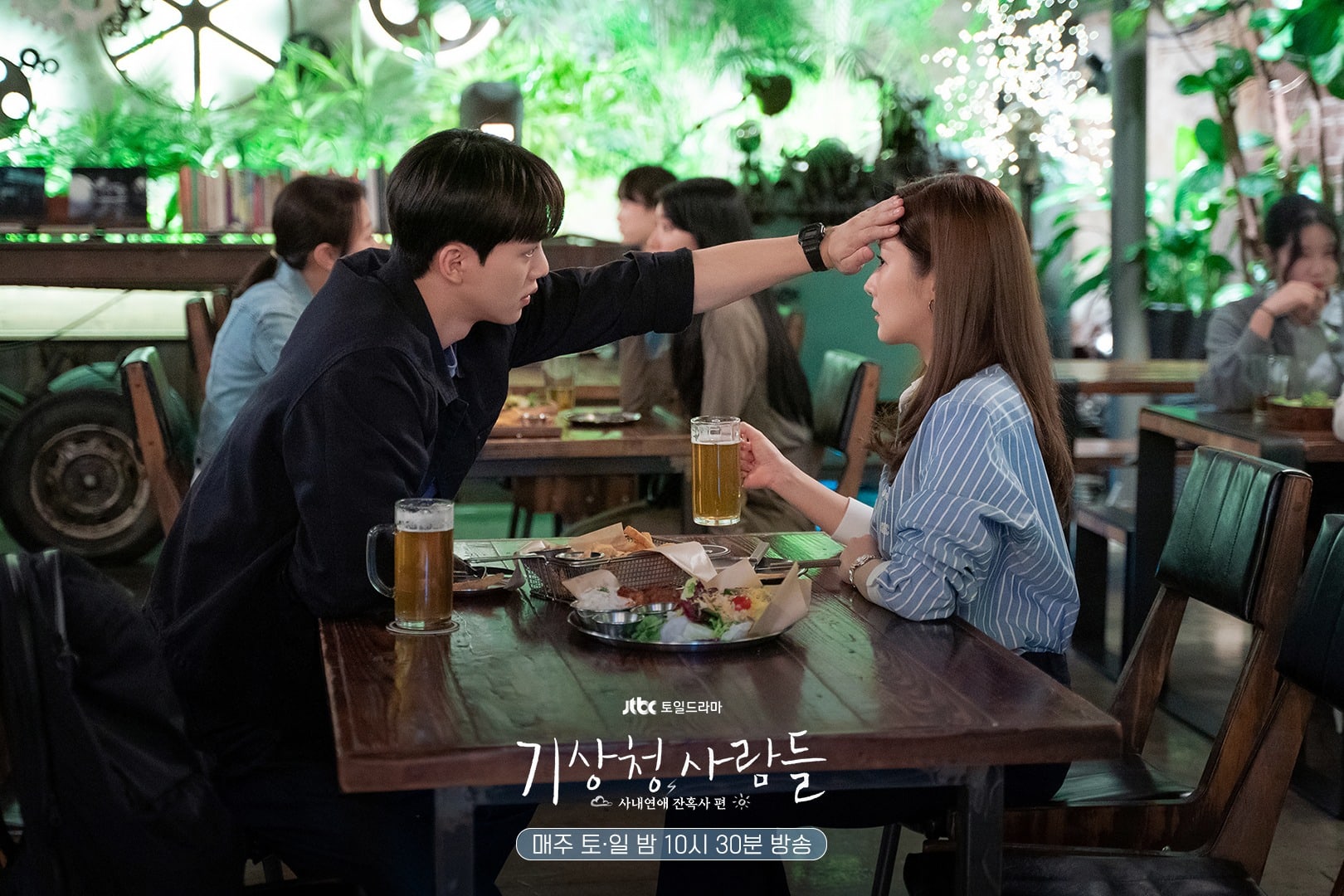 Once Lee Si Woo realized that Jin Ha Kyung was falling for him, he flew in like a bulldozer by asking, “Boss, do you like me? Then do you want to date?” When he wasn’t sure about Jin Ha Kyung’s feelings, he confidently commented, “I don’t ask people to date just because we slept together once.” However, everything became clear when he noticed Jin Ha Kyung getting nervous around him and the lengths they had to go to in order to hide from their co-workers.

While Jin Ha Kyung insisted once more that she doesn’t want to date co-workers, Lee Si Woo’s consistent courage allowed Jin Ha Kyung to put her guard down and welcome him in. Now that their love signals have finally reached each other, stay tuned to discover what will happen next in their secret office love story! 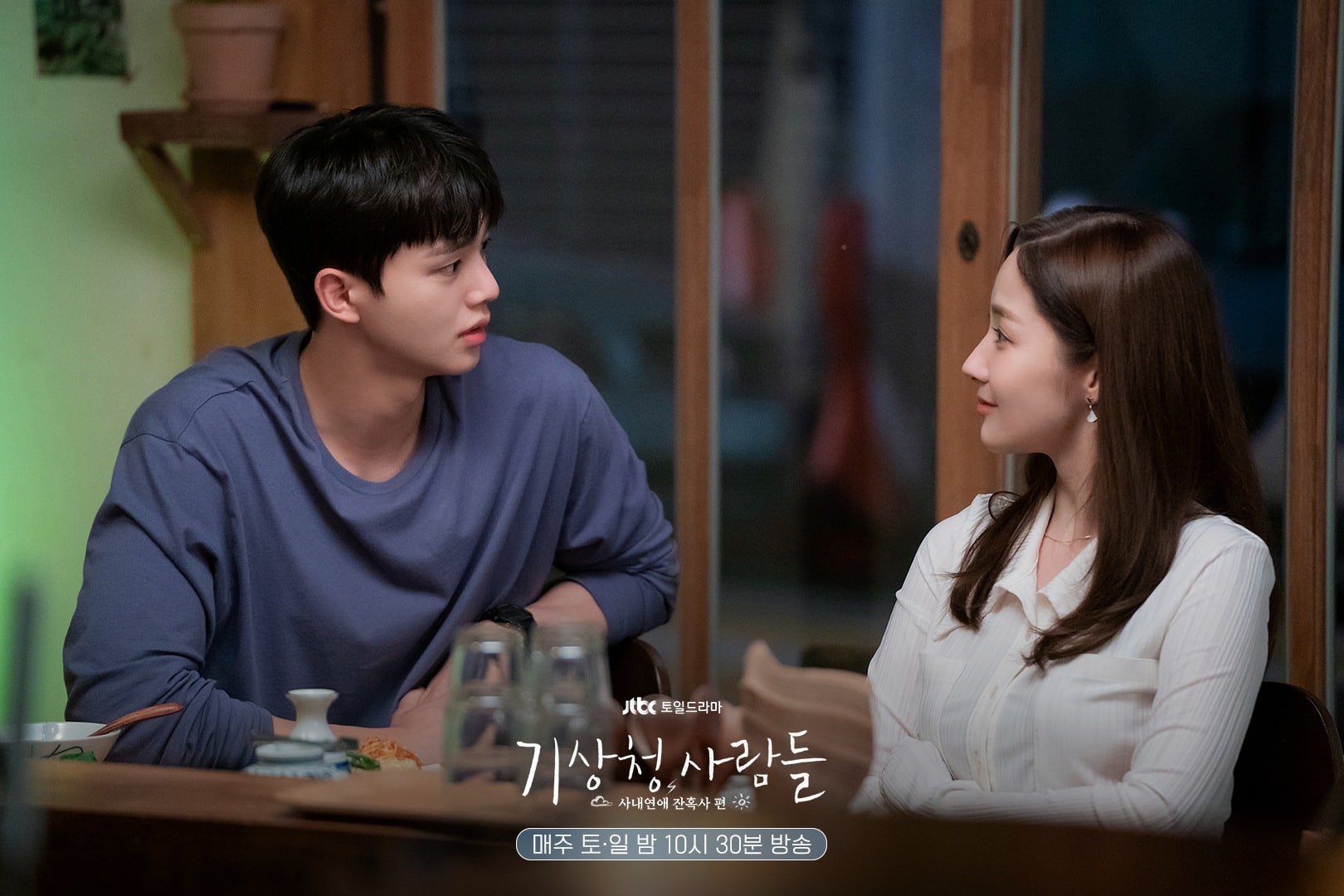 “Forecasting Love and Weather” airs every Saturday and Sunday at 10:30 p.m. KST.