Ahead of the upcoming premiere, Kim Hee Sun spoke about her role in the new fantasy drama “Tomorrow.”

Kim Hee Sun plays the powerful grim reaper Goo Ryun, who is the Crisis Management Team leader at the spirit management headquarters of the afterlife monopoly called Joomadeung (phantasmagoria). Her role is to save the lives of people contemplating suicide.

When asked why she chose the drama, she answered, “I wanted to do a drama that comforts everyone. Rather than delivering a great message, I hope that ‘Tomorrow’ will be a drama that will cheer you up, as if through its existence it’s saying ‘I’m there for you.'” 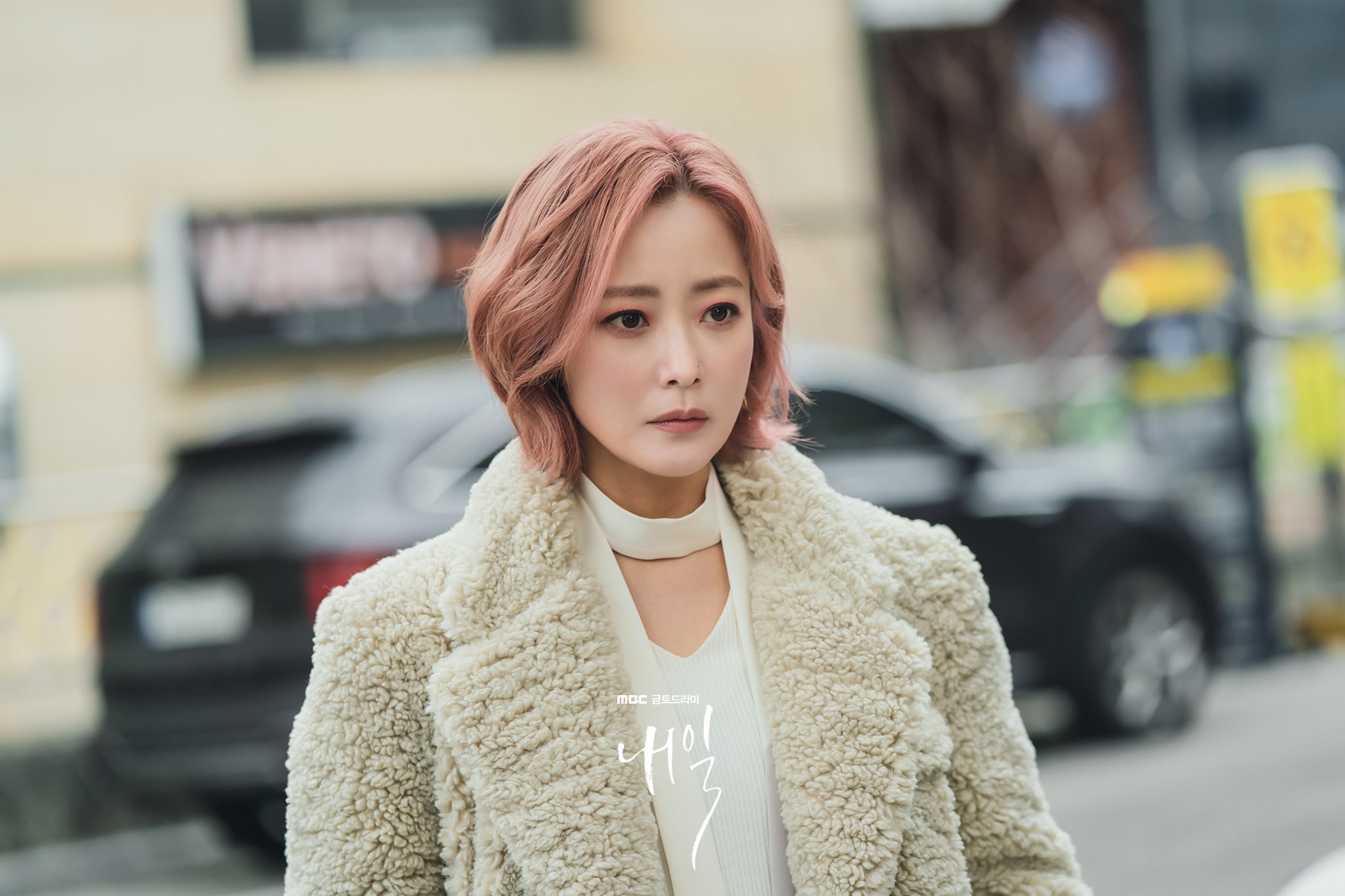 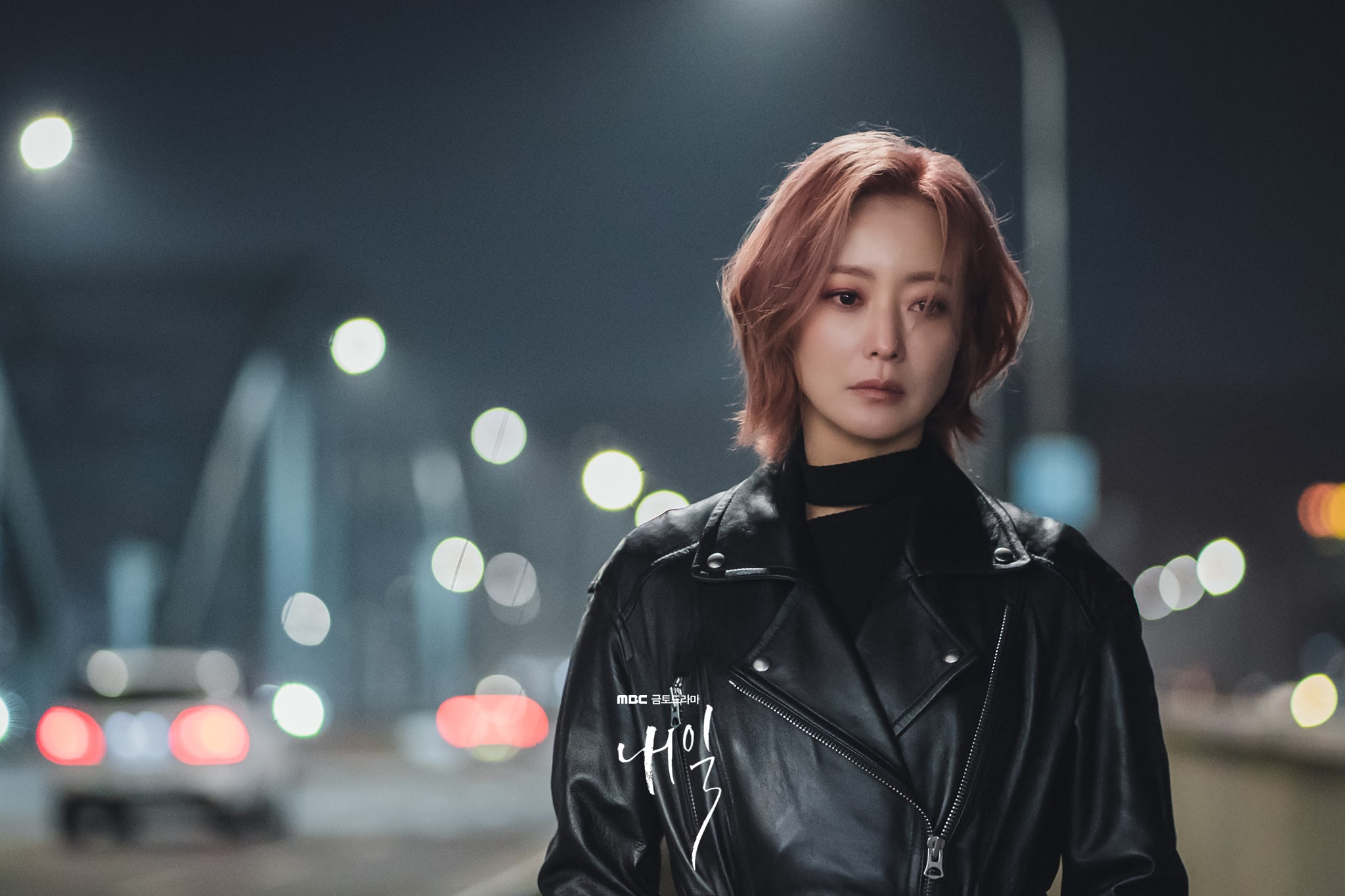 She described her character as a ‘tsundere,’ a character who appears cold on the outside but is warm on the inside. She explained, “She speaks straightforwardly and strongly to those who have given up on their lives so they can stand and be enlightened, but there is love and affection within that. Ryun’s heart knows to be considerate of others and that’s cool.” When asked if she shares any similarities with her character, she said, “We’re similar in that we both take care of people well, but we’re different in that unlike me, who likes socializing with people, she doesn’t keep anyone close to her.”

When the first images for the drama were released, Kim Hee Sun received a lot of attention for her short hair that was dyed pink. She explained that her transformation was in order to match the character from the webtoon, saying, “After seeing the original webtoon, I tried to match my external appearance with hers. I think it’s the best way to get closer to the character and the project. It’s my first time in 20 years that I dyed my hair and got a bobbed haircut. In order to maintain the pink color, I wash my hair once every 2-3 days with coating shampoo.” 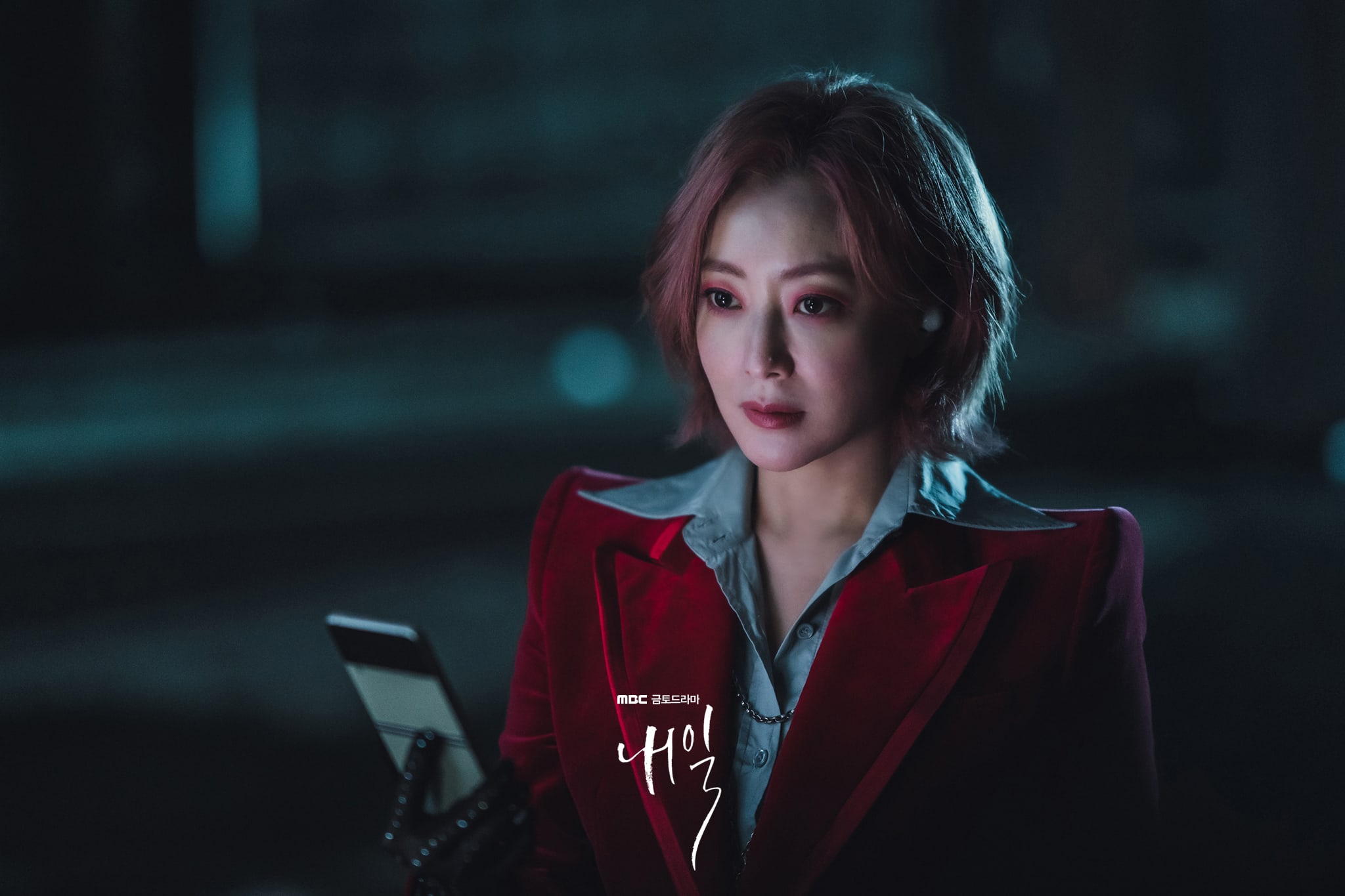 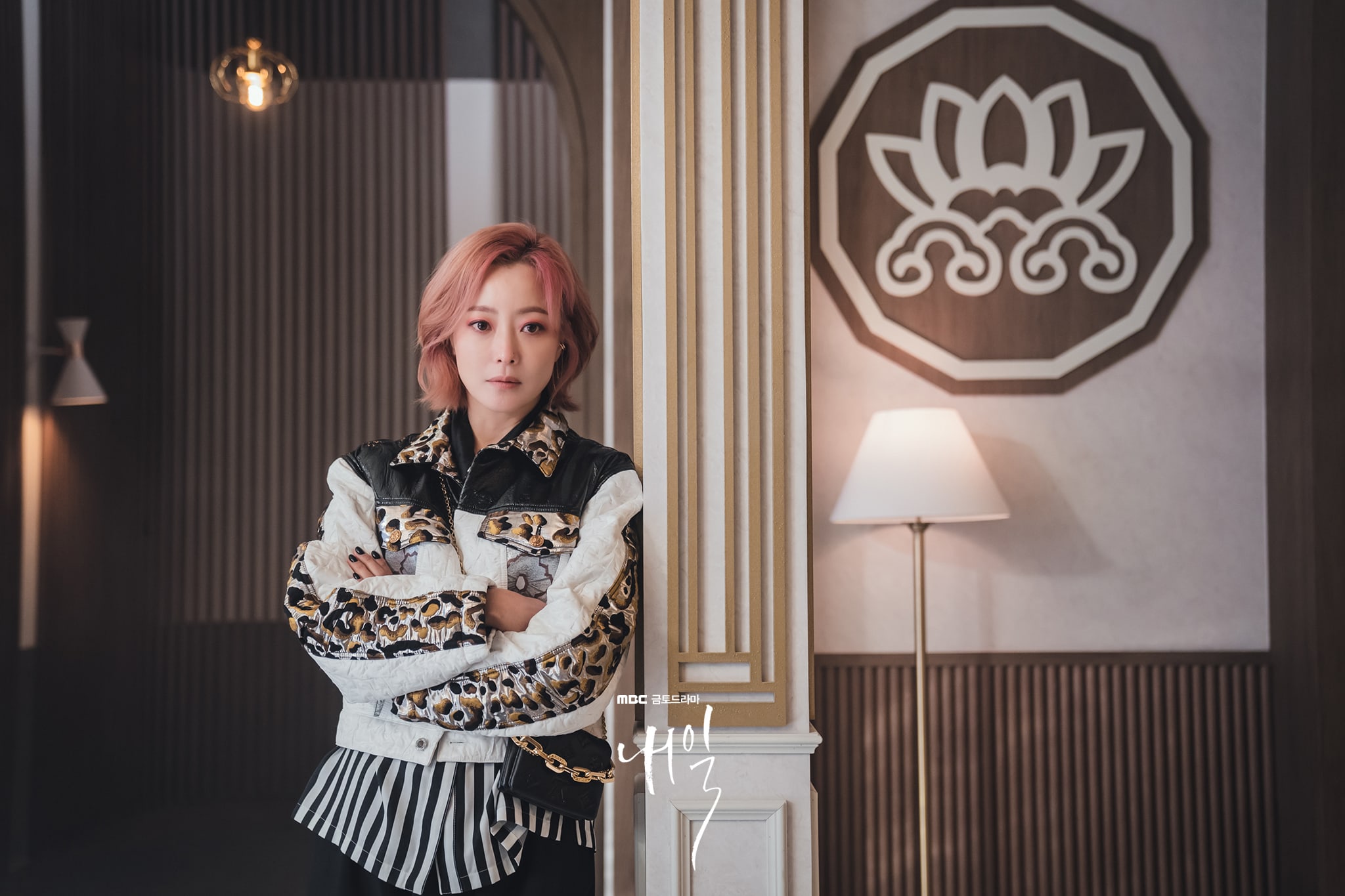 Kim Hee Sun also talked about meeting Rowoon, Lee Soo Hyuk, and Yoon Ji On during the filming process. She said, “I met them for the first time in this project, and we became really close. Rowoon is a really kind, hard-working, and sincere friend. Yoon Ji On is cute and kind, and I’m grateful that he always follows along with me well. Lee Soo Hyuk is so cool that seeing him makes me think, ‘This is why he’s a top model.’ In particular, when he says a line in his low voice, my attention is drawn to it.”

She ended by saying about her character, “Ryun is a grim reaper that saves people. She is a completely different grim reaper than what you have seen before. I hope that you will cheer on and watch Ryun, ‘maverick of the grim reapers,’ save people together with Joomadeung‘s Crisis Management Team and Ryunggu.”

“Tomorrow” will premiere in March following the conclusion of “Tracer.” Watch a teaser for the drama here!

While waiting for “Tomorrow,” check out Kim Hee Sun in “Alice“