Ahn Hyo Seop Shares Why He Decided To Star In “A Business Proposal,” The Details Of His Character, And More

Ahn Hyo Seop went in-depth about his character in the new SBS drama “A Business Proposal”!

Ahn Hyo Seop will star as chaebol heir Kang Tae Mu, who has everything from looks and brains to wealth and business savvy. Meanwhile, Kim Sejeong will star as ordinary food researcher Shin Ha Ri, who stands in for her best friend and chaebol heiress Jin Young Seo (Seol In Ah) at a blind date with Kang Tae Mu.

Regarding the reason why he chose to star in the drama, Ahn Hyo Seop said, “I wanted to try a romantic comedy. I thought I would be able to approach the viewers with a more humorous side of myself than the roles they’ve seen me in so far.”

The actor also talked about portraying a character from a webtoon. He remarked, “I thought the most about how to stick to the 2D character Kang Tae Mu while bringing him out into the world and melting him into reality.” 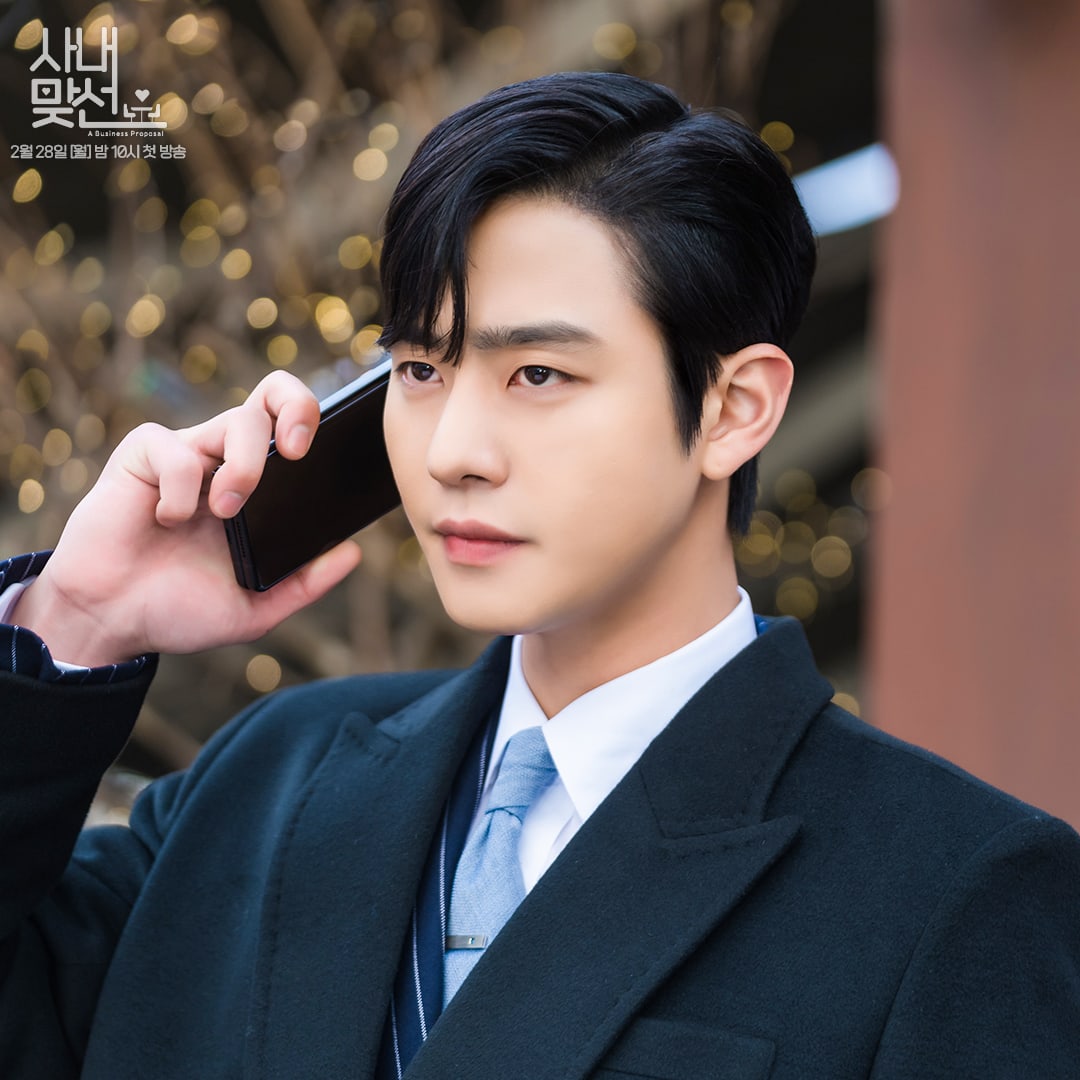 Ahn Hyo Seop explained Kang Tae Mu, saying, “In the drama, Kang Tae Mu is depicted as a character who is envied by everyone. On the outside, he looks flawless and handsome. In order to capture the outer appearance of Kang Tae Mu, who is talented in many ways, I actually got custom suits, especially because he has to be perfectly dressed in suits when working. I also thought about ‘Kang-Tae-Mu-like’ sides, such as his neat hair style, movements, and way of speaking. My priority was to look like Kang Tae Mu more than Ahn Hyo Seop.”

Concerning the inner part of his character, he said, “Kang Tae Mu is so perfect that he usually doesn’t understand people’s minor mistakes or weakness and sees them in a cold, prickly, and sensitive way. When you watch the drama, you will find out why he has such a personality and attitude. I think a key point of the drama is the way he and his emotions gradually change after he meets Shin Ha Ri.” 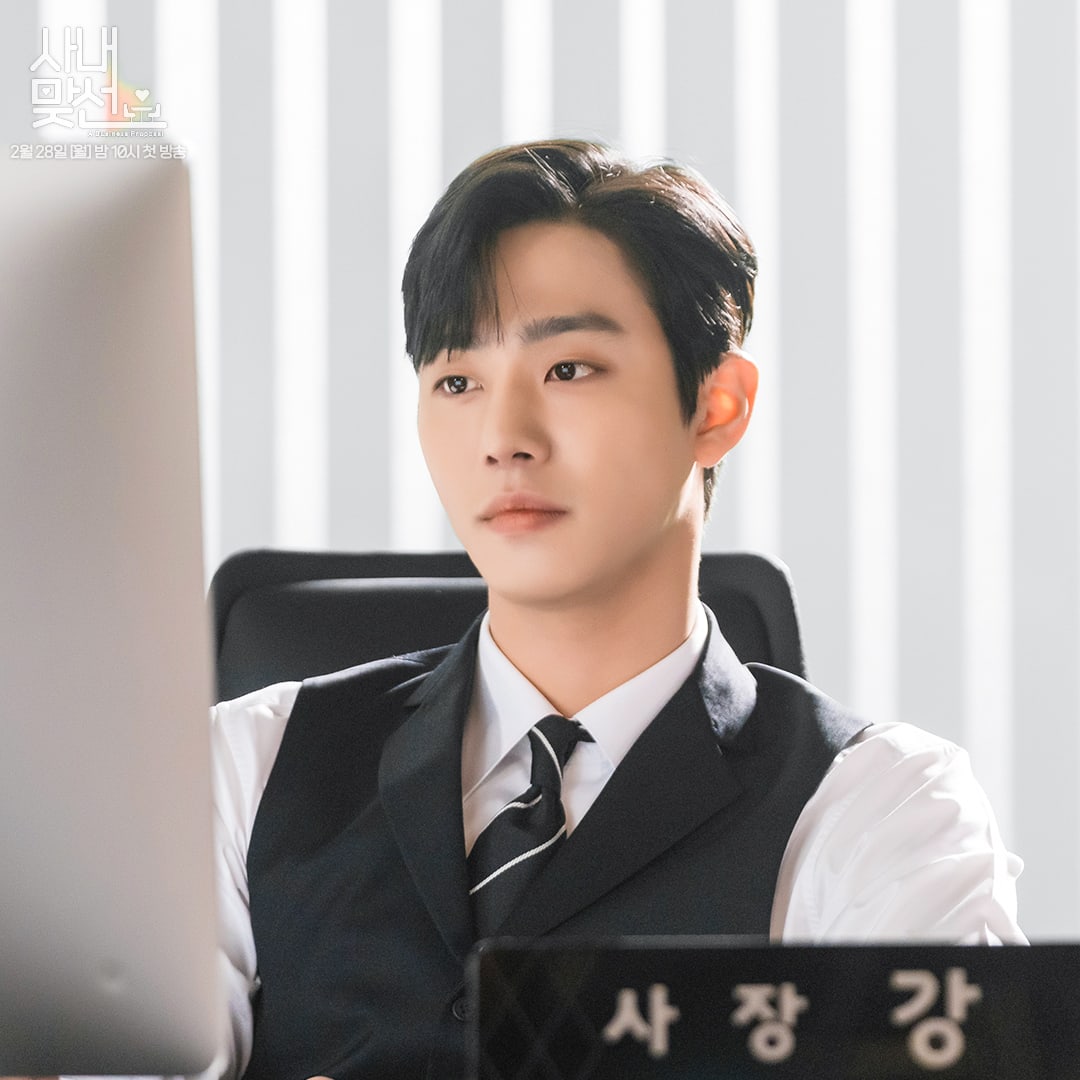 Ahn Hyo Seop also dove into Kang Tae Mu’s unexpected charms. He commented, “He is a perfect and flawless person when it comes to work, but he also has child-like sides where he nitpicks, gets angry about, and becomes happy about trivial things. He’s both cool and cute.”

Lastly, he shared, “There are many humorous and refreshing scenes that can be seen in romantic comedies. As ‘A Business Proposal’ and the role of Kang Tae Mu are new challenges for me, I’m curious and looking forward to seeing another side of me.” 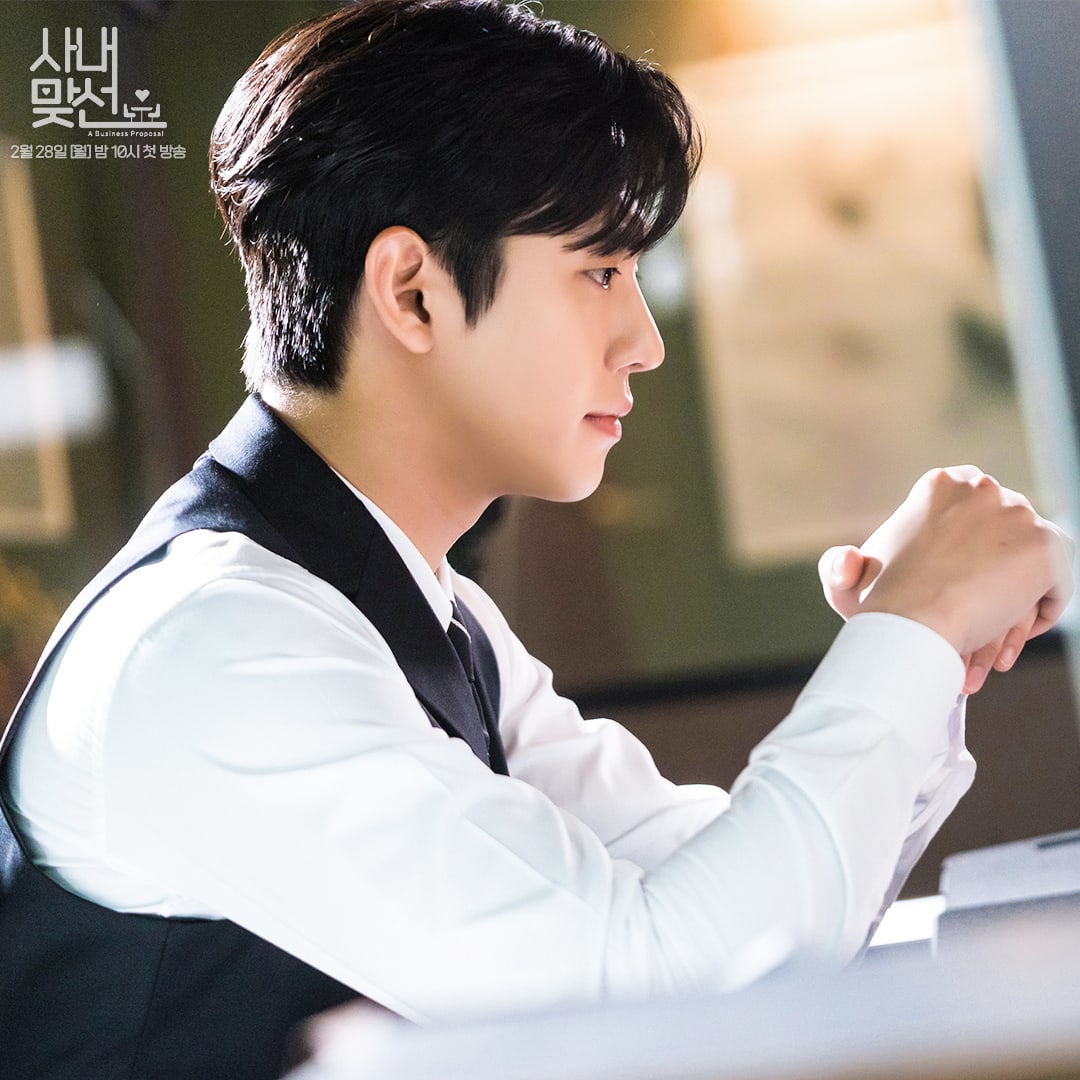 While waiting, check out Ahn Hyo Seop in “Lovers of the Red Sky“:

Ahn Hyo Seop
A Business Proposal
How does this article make you feel?