Woo Do Hwan Talks About His Love-Hate Relationship With Acting, Returning To Work After Military Service, And More

In a recent interview with GQ, actor Woo Do Hwan opened up about his childhood, his feelings towards acting, and more!

When asked about what kind of kid he was, he described himself as a child with many questions. He said, “I was really stubborn. I had to do what I wanted to do, and I was really curious about a lot of things. In my spare time, I usually laid in the park and debated what life was, and I fell into the thought about why on Earth we are here. I had a lot of spare time then. My dream wasn’t clear but I wanted a stable life.”

But after coming back from the military, Woo Do Hwan’s thoughts about stability changed. He explained, “I had this fear that someday I’ll have to take a break and let go of what I’m holding, and I would have to settle down before that. I think that was the military. After finishing my military service, I feel that I want to challenge more myself now, over and over. I became curious about how far I can go.” 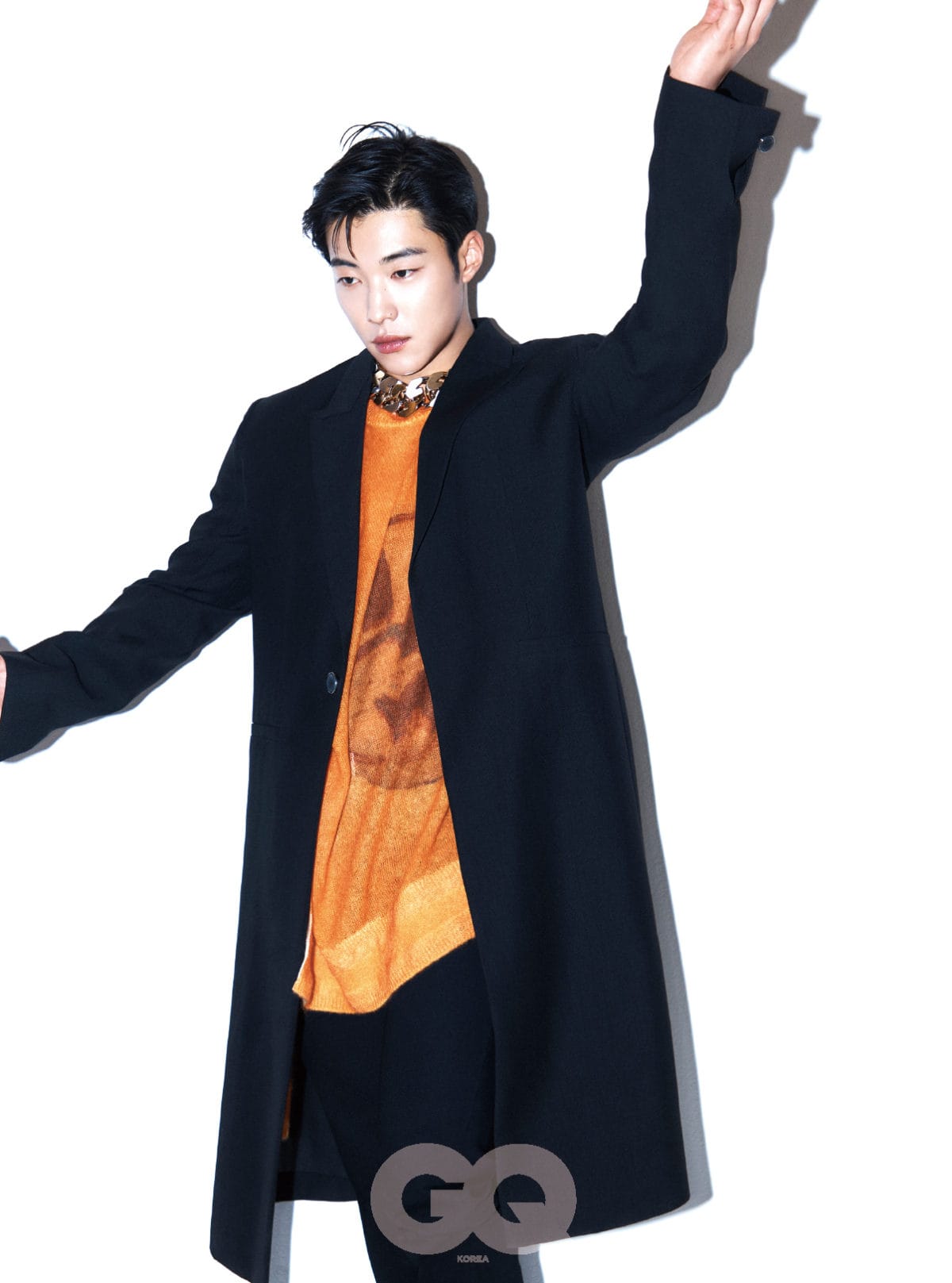 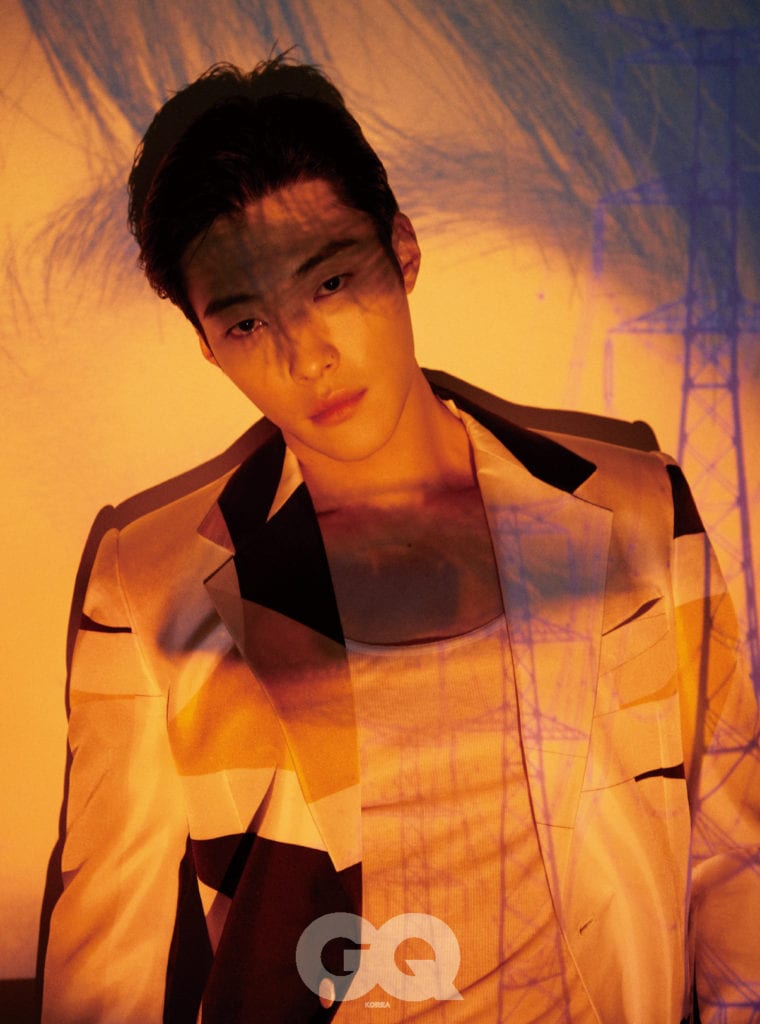 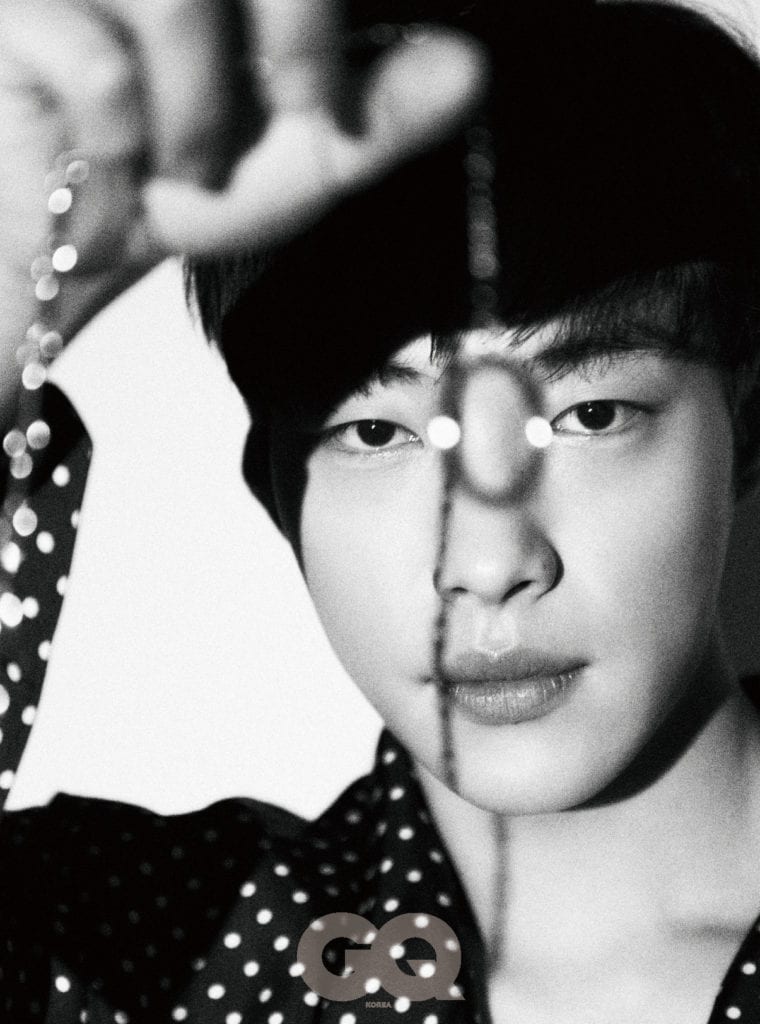 He also admitted that during his military service he wrote in a diary everyday and that ended up being a habit he does even now. He explained, “It used to be [something that brought small changes]. But now it’s a habit rather than something that has a certain influence. I write things down that I feel ashamed to tell someone, regrets about my own foolishness, it’s filled with my regrets. When you’re tired and exhausted, you’ll have selfish moments where you only think about yourself. Every time that happens, it’s time to make up your mind to take care of the people next to you a little more.”

In general, Woo Do Hwan has ideal qualities he strives to live as. He said, “[I want to live as] someone who always makes up their mind to think well. Should I say someone who has a relaxed mind? If you want to have a relaxed mind, you need to expand your perspective, and in order to do that, you need to try harder and have more confidence. There are a lot of things to follow.” 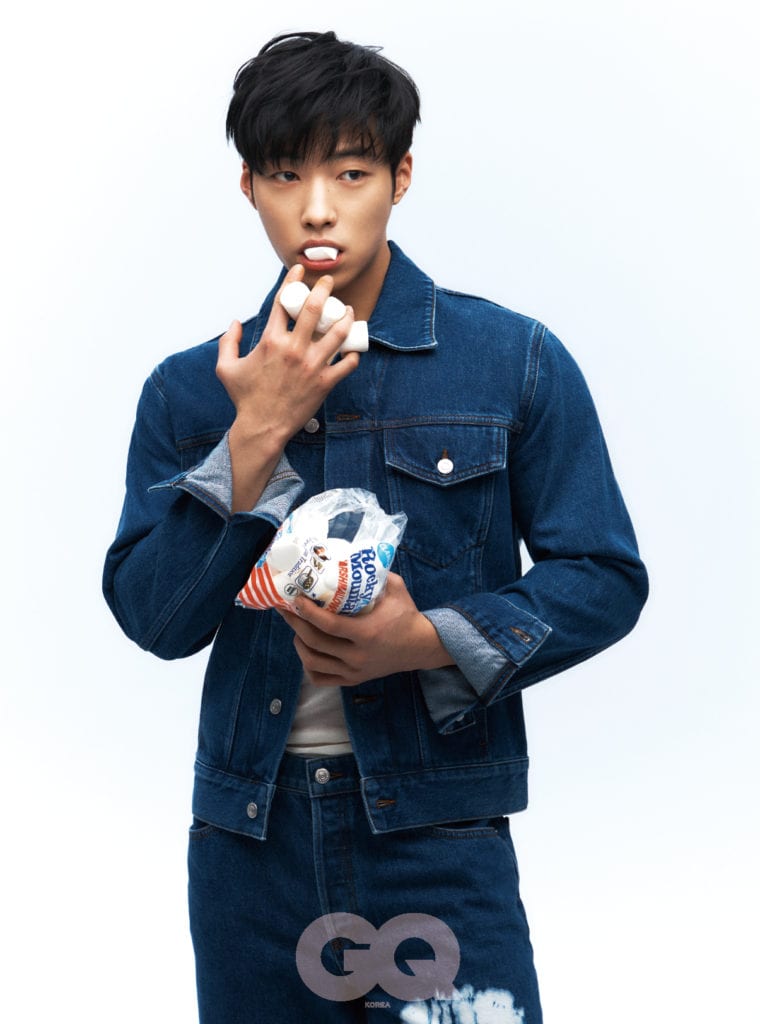 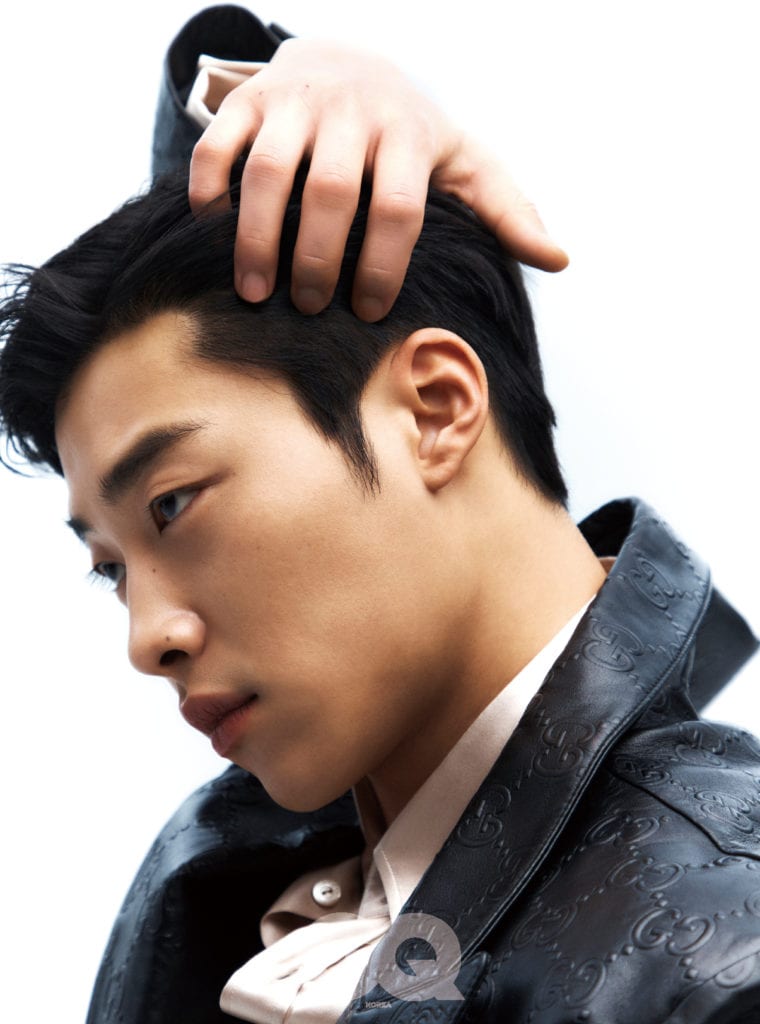 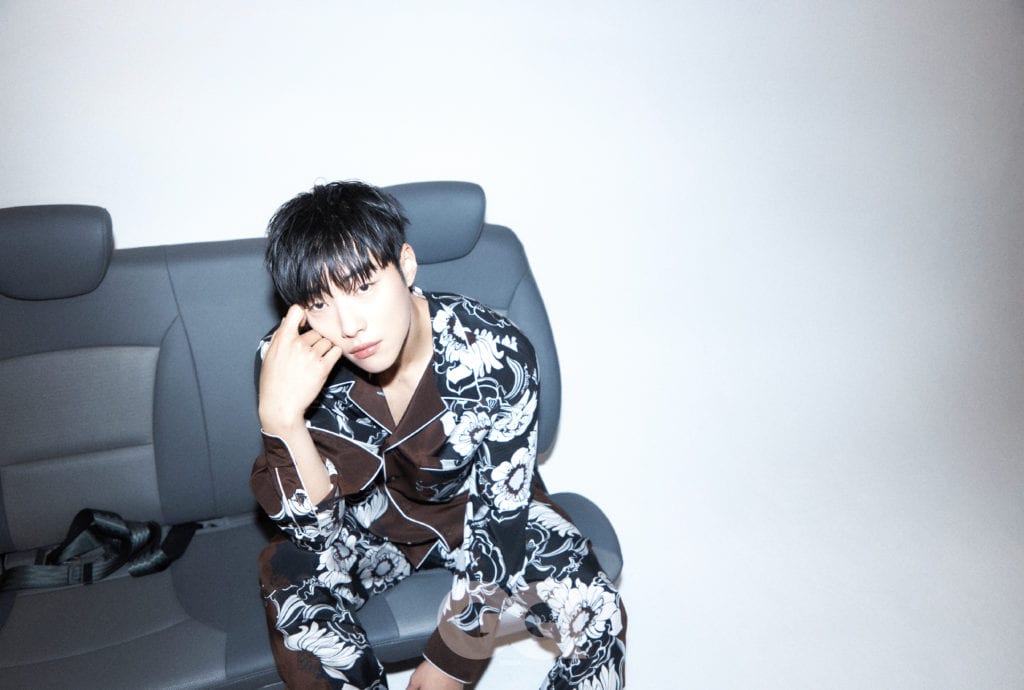 When asked about what kind of confidence he needed to start acting, he stated he needed courage. He elaborated by saying, “Before that, I was afraid of the reactions from people around me when I would say ‘I’m going to be an actor.’ No matter what people around me said, I needed the courage to not be hurt. That much was the energy I wanted desperately. This is a similar feeling to love. Lovers are in their own universe and if they firmly love each other, then it doesn’t matter what people around them say. I think it took time until I could love acting that much. Of course there are times where this job is hard, there are times when I hate it, but ultimately I’m a person that can’t live without this job. I parted from it for a year and a half and as expected I couldn’t stay away.” 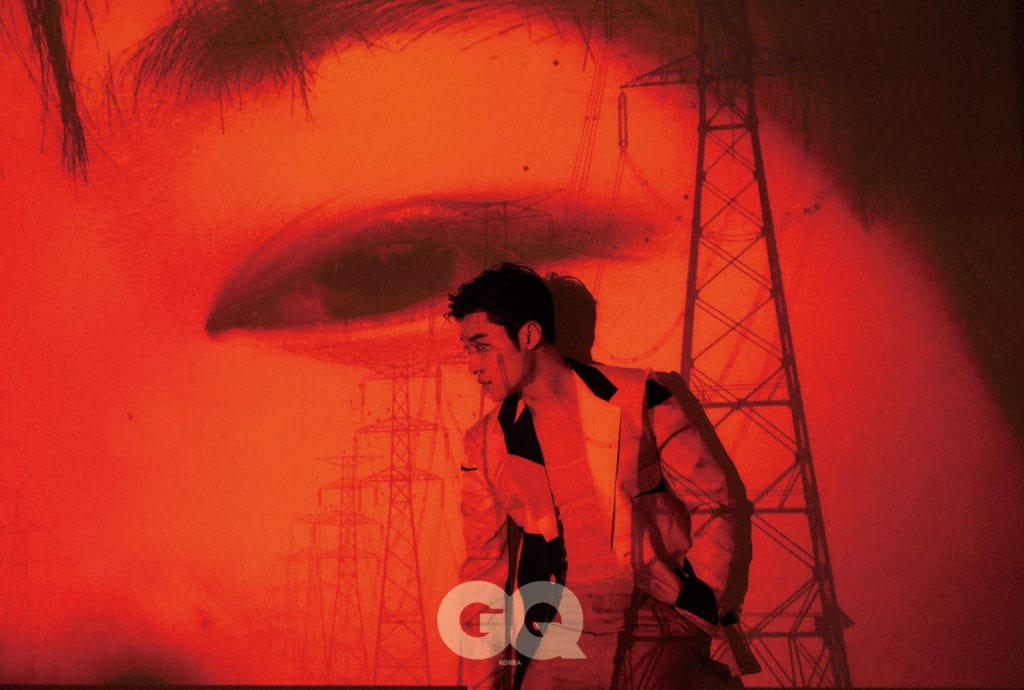 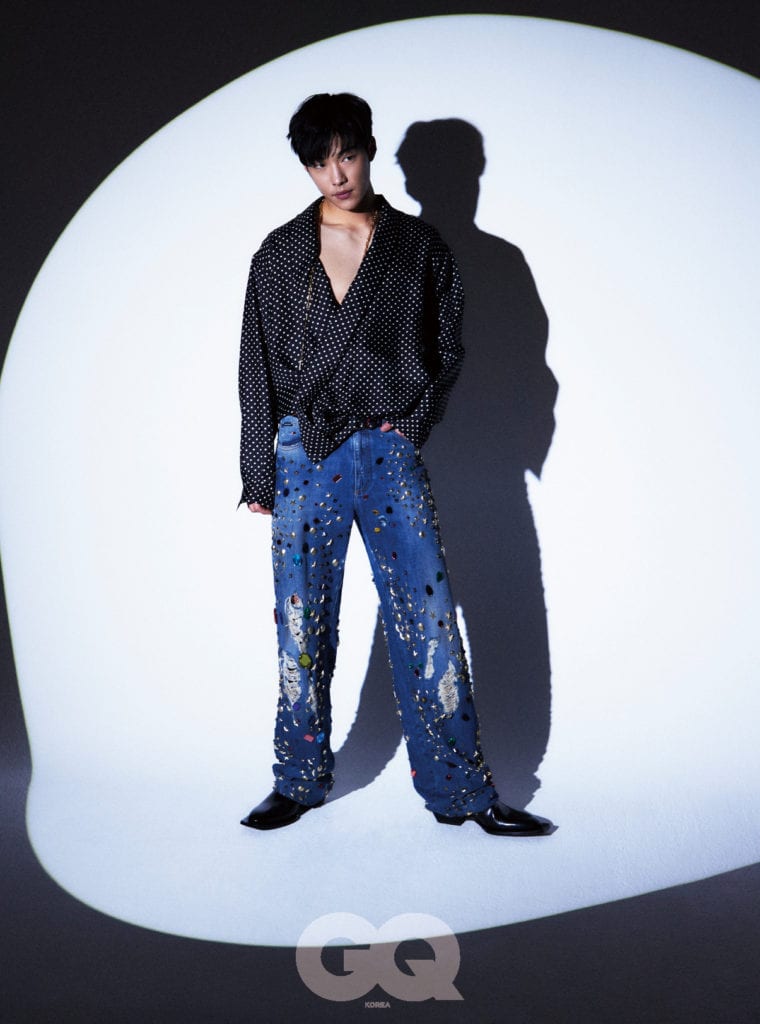 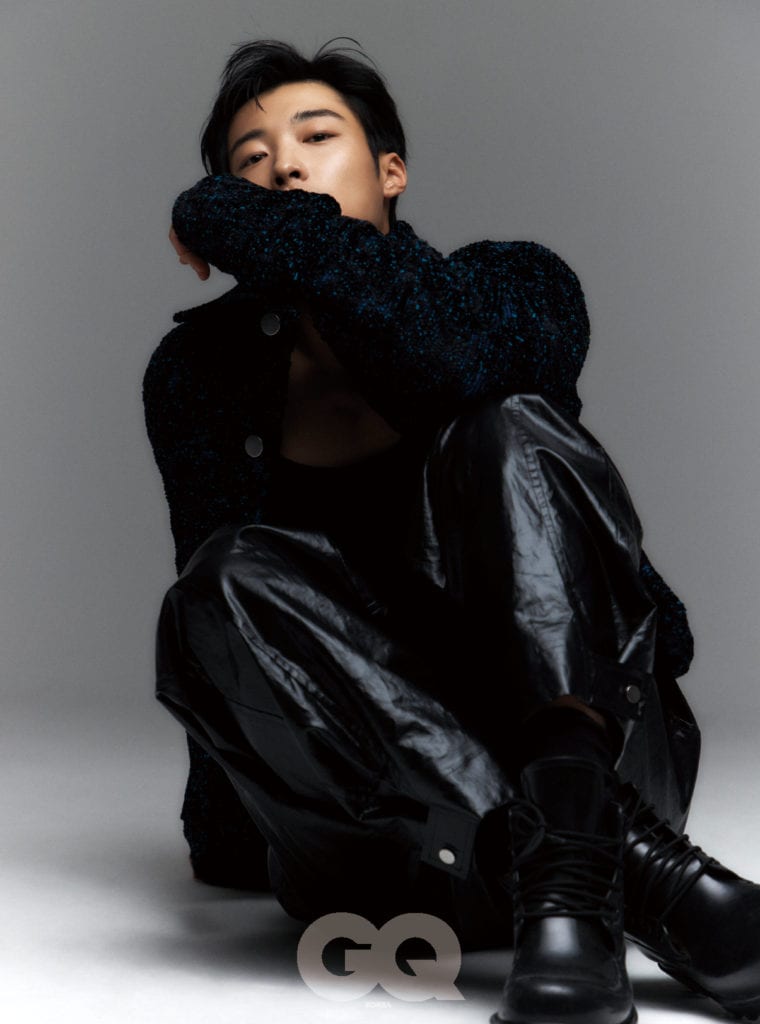 Despite the fact that his love-hate relationship with acting may cause him to struggle at times, Woo Do Hwan said that he loves the spontaneous nature of acting. He explained, “[The most exhilarating moment in acting] comes from spontaneity on set. When I talk to the staff and find something better, I feel joy when they immediately like it. The staff is the first audience member. It’s not a moment that comes everyday. My mindset of going to set has also changed. In the past, I planned everything, like my gestures and the look in my eyes, and went to set, but now I don’t plan anything except for a big framework. Each director has a different opinion, and on set everything changes anyway. The moment I think I should do something, I put a lot of energy into it.”

He further explained that this change came from when he was filming the show “Save Me.” He said, “The director ordered me to say an additional line on set. The line was, ‘It’s my responsibility to throw out the trash. What are you doing, you’re not coming?’ But the director said that line was the best. I once again felt the most important thing is to say it as if I were saying this for the first time here, as if I were spitting the line out for the first time on set.”

Check out Woo Do Hwan in “The Divine Fury“!

GQ
Woo Do Hwan
How does this article make you feel?