Kim Nam Gil and Jin Sun Kyu will go through many trials and tribulations in the upcoming part 2 of SBS’s “Through the Darkness”!

Previously, Song Ha Young and Guk Young Soo encountered a roadblock with two serial murderers on the loose. The second part of “Through the Darkness” will include more thrill and action than before as the Criminal Behavior Analysis team strives to find the truth.

Newly released stills show the police gathered in a deserted mountain on a rainy day. Song Ha Young is soaked by the pouring rain, and he stares up at the sky with a distraught gaze. On the other hand, Guk Young Soo pauses shoveling, and he stares ahead with a lost expression.

Baek Joon Shik (played by Lee Dae Yeon) and Heo Gil Po (played by Kim Won Hae) are also dispatched to the crime scene. There are dozens of other officers investigating the area, and viewers can’t help but notice the bright yellow tape that warns a crime has happened in the area. What kind of crime was committed this time, and how will Song Ha Young and Guk Young Soo approach this case? 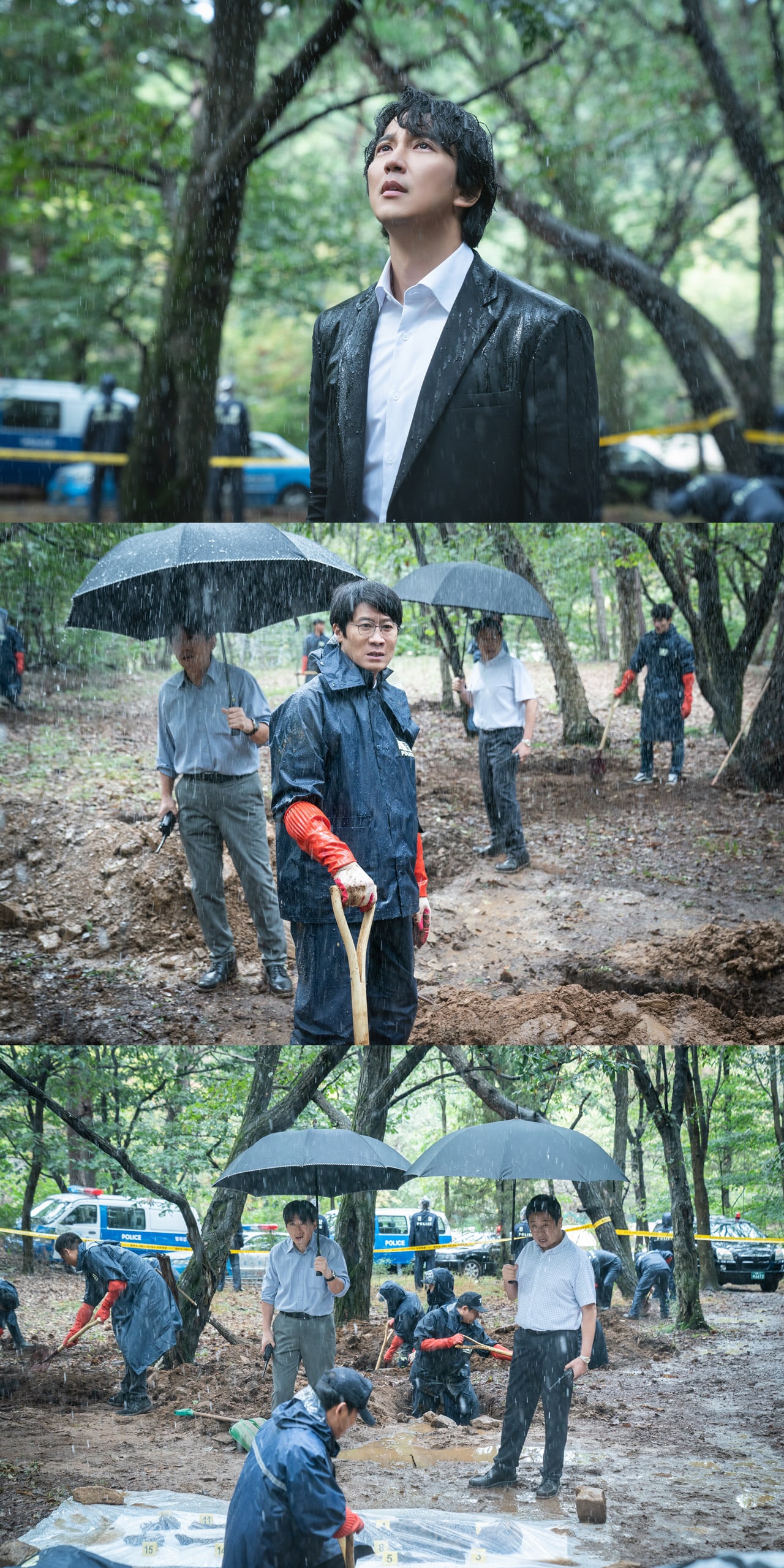 As the plot speeds up, there is also increasing anticipation for the actors’ passionate performances. Kim Nam Gil and Jin Sun Kyu perfectly expressed the agony of people who are on the path to pioneering a new approach to criminal investigation. In addition, they truly showed their characters’ desperate will to catch “evil” and the emptiness felt in the process.

The next episode of “Through the Darkness” will air on February 25 at 10 p.m. KST.