Watch: Son Ye Jin, Jeon Mi Do, And Kim Ji Hyun Hit The Dance Floor Behind The Scenes Of “Thirty-Nine”

JTBC has revealed another behind-the-scenes look at “Thirty-Nine”!

The first clip follows the three women as they prepare for a scene where their characters try and fail to get into a club. Kim Ji Hyun jokes, “Was it because of me?” as they all laugh at her over-the-top luxurious outfit.

The trio then gathers around a table with drinks and a cake to film a scene where they mull over their failure. After Son Ye Jin recites her line, “We can go next time,” Jeon Mi Do mistakenly tells her “Go with me!” even though the line was meant to be said to Kim Ji Hyun. This sparks delayed laughter after some confusion as Kim Ji Hyun retaliates by saying, “I won’t go with you!” 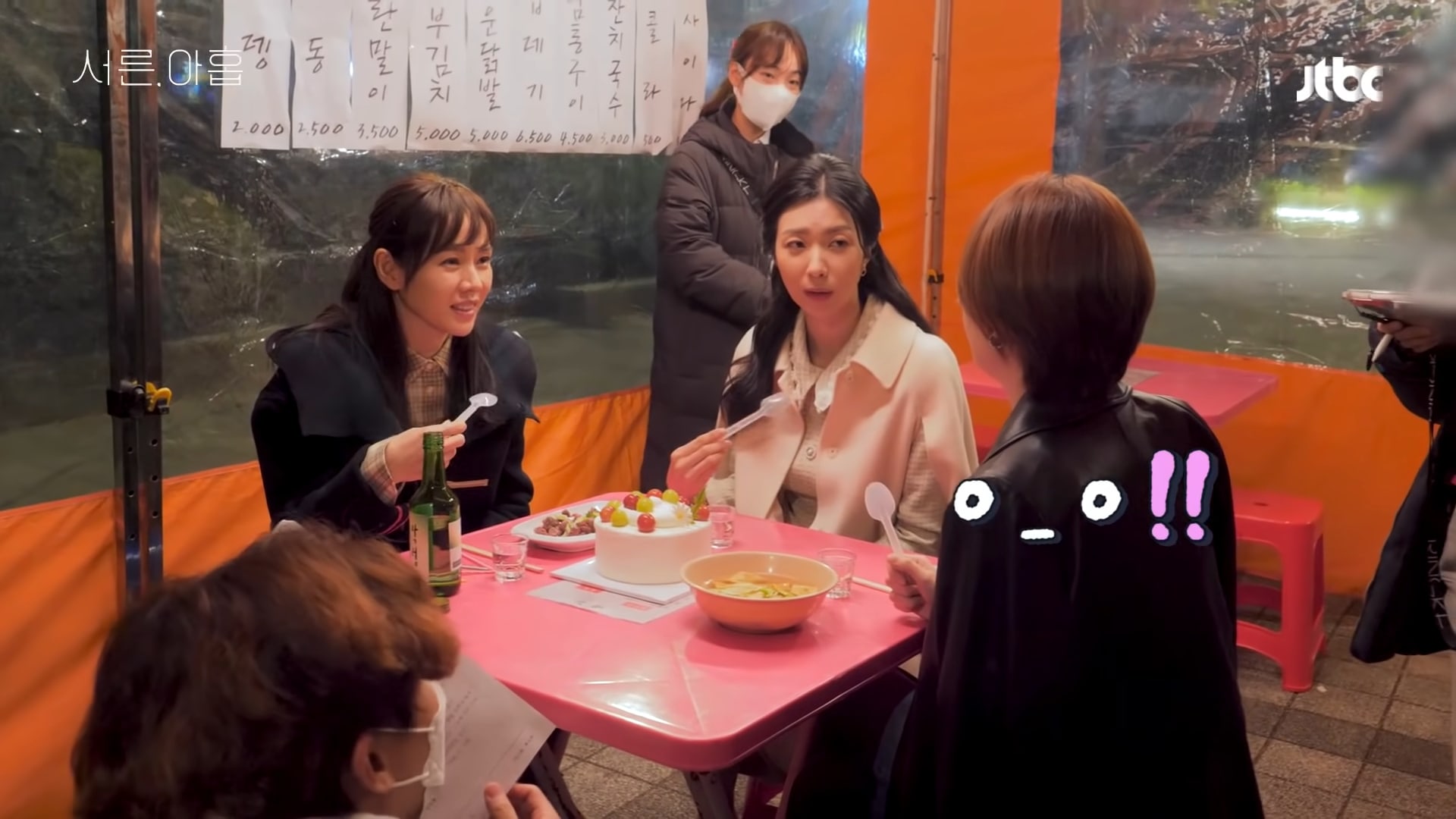 In another scene, Son Ye Jin recites her lines as she says promises to dress nicely the next time, then points out that their rejection from the club might not have been because of her. Kim Ji Hyun reacts so strongly to her suggestion that it feels too real, which makes everyone burst into laughter after the cameras stop rolling.

Later on, the trio are finally inside the club where they film some action shots of them dancing. They can’t help but smile as they check the recorded footage and point out out each other’s moves. Despite looking natural on the dance floor, Jeon Mi Do says to herself in between scenes, “I’m so embarrassed,” and lets out a shy laugh. However, she later checks the footage and comments, “We really look excited. It’s actually sad.”

Check out Son Ye Jin in “Personal Taste” below: