7 Grown-Up Dating K-Dramas To Check Out

This feature is dedicated to the protagonists who are in their 30s or older, dating and finding love. On top of the pangs of finding true love, these protagonists also face other hardships like being a single mother, finding new careers, and even going through a divorce. There are a lot of aspects of a grown-up dating drama that many can relate to. Here are seven of those K-dramas. 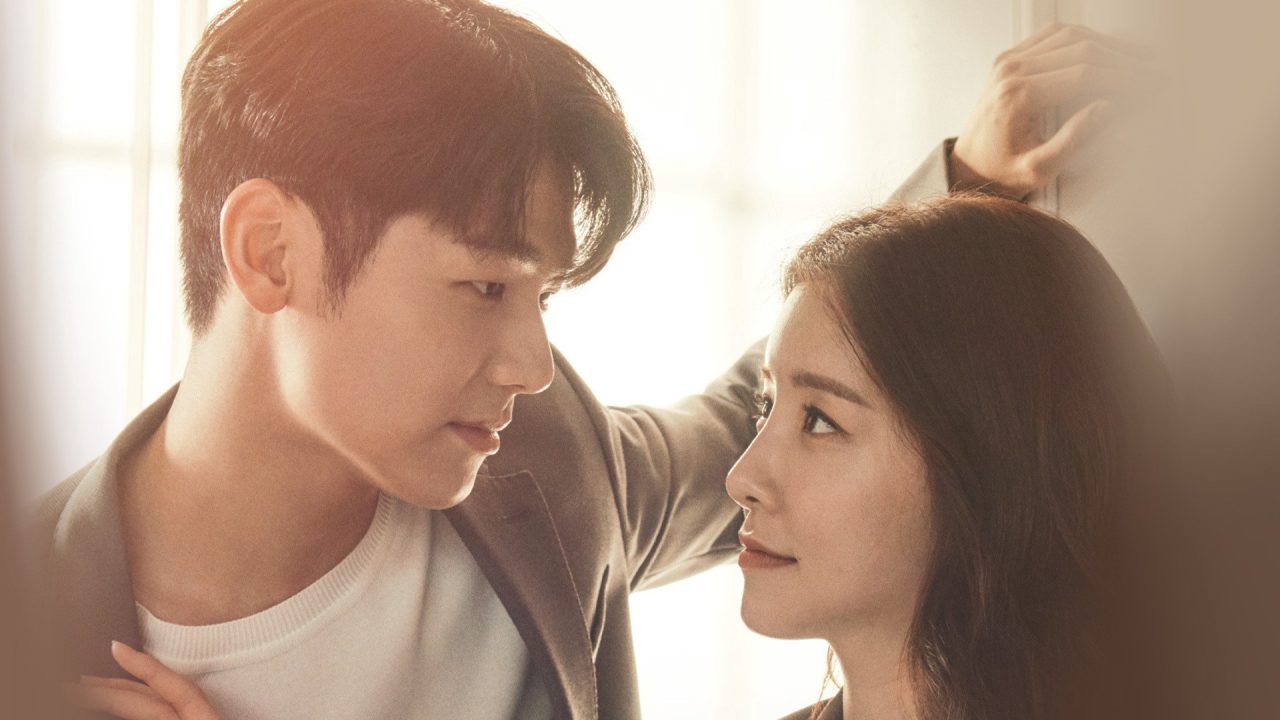 “How To Be Thirty” tells the story of how three women, Seo Ji Won (Jung In Sun), Lee Ran Joo (Hani), and Hong Ah Young (Cha Min Ji), all deal with the good and bad of turning 30. Ji Won has had some bad luck in her love life when she meets Lee Seung Yoo (Kang Min Hyuk), a past flame who comes back into her life. They quickly realize that they have a strong physical and emotional connection, but with these strong feelings, Ji Won has a lot of doubts.

As a result of a lot of bad past experiences, Ji Won is reluctant to open up her heart to Seung Yoo despite his strong feelings for her. She can’t get to the point of trusting him completely. On a path to face her insecurities in order to let herself find happiness again, Ji Won turns to her friends for support. In a very grown-up fashion, she realizes that she needs to figure out her trust issues, deal with them, and put them behind her in order to find true love.

Start watching “How To Be Thirty” here: 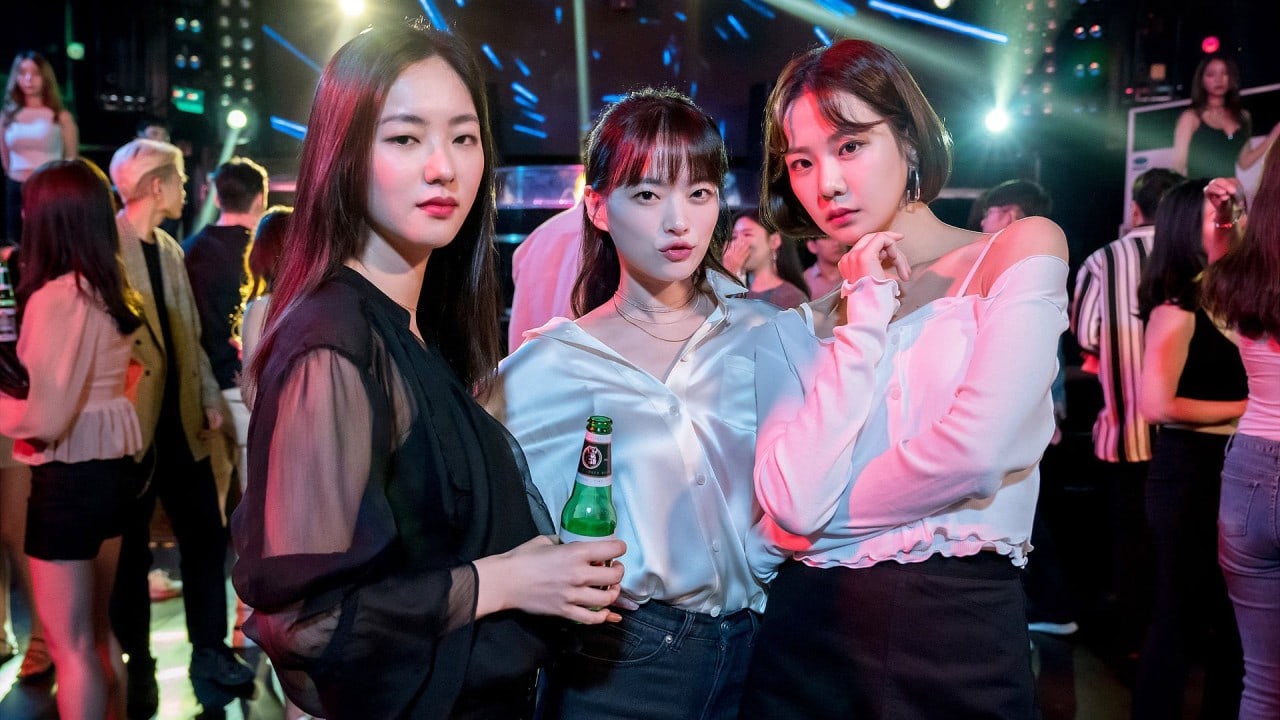 Im Jin Joo (Chun Woo Hee), Lee Eun Jung (Jeon Yeo Bin), and Hwang Han Joo (Han Ji Eun) are three women who are over 30, just trying to get through life. They are best friends who lean on each other for help and support. They all have hopes of achieving their dreams and finding love in the process, but things do not seem to always go their way.

This drama will make anyone want to strive to be better and to achieve their dreams a little bit harder. The women all face hardships and obstacles in their lives, and they not only get through it but they also lean on each other for help. It’s so encouraging and uplifting to see these friends be so loyal to each other and not be afraid to stick up for each other when life gets tough. The series will teach you that it is never too late to get what you want in life.

Start watching “Melo Is My Nature”: 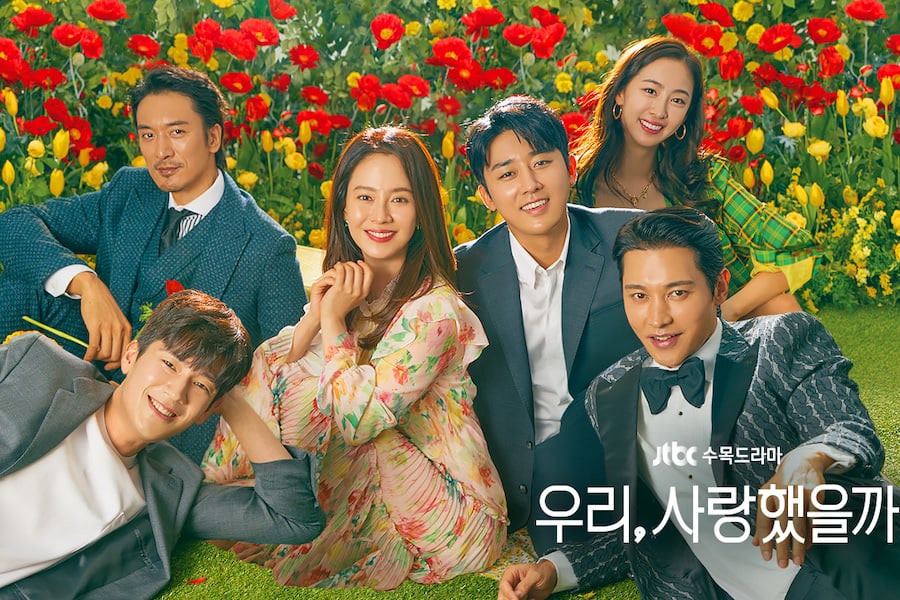 Starring Song Ji Hyo as Noh Ae Jung, “Was It Love?” is a rom-com series about a single mom. Ae Jung is a movie producer who is struggling to try and keep her company afloat. She is also a single mother who has given up on romance, but then four men come into her life, hoping to be with her.

People will find themselves sympathizing with Noh Ae Jung. She’s struggled and worked so hard to try and have a comfortable life for herself and her daughter. Noh Ae Jung is faced with many dead-ends, but she still continues to strive to live better so that she can provide for her daughter. It’s a series that many will find relatable as well as seek solace in. You’ll love getting to know all the men who are after the heart of Ae Jung! 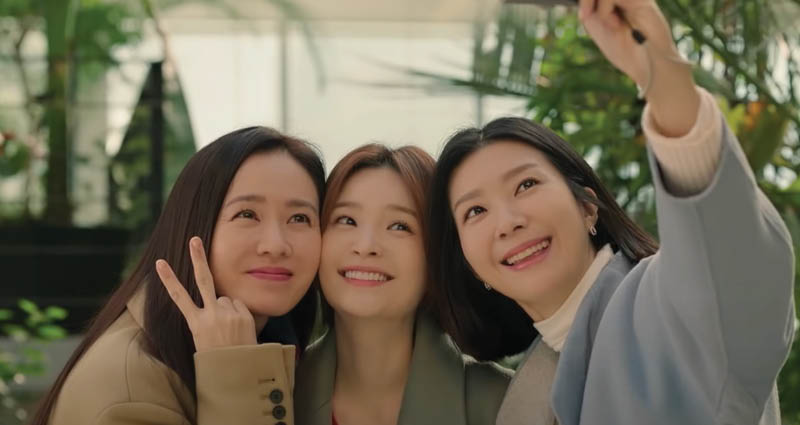 “Thirty-Nine” follows the lives of three women played by Son Ye Jin, Jeon Mi Do, and Kim Ji Hyun, who are all 39 years old. As they are about to turn 40, they try to work through some obstacles in their respective lives. While figuring things out, they lean on each other for support and regularly share some food and drinks together.

Each individual character is someone you can relate to in certain aspects and fully support. They each have someone in their lives who they are dating, seeing, or in love with, and they look to each other for advice. The best part about this series is seeing how these women on the verge of turning 40 are still kids at heart, learning how to handle life and the hardships it throws their way. The series is guaranteed to tug at heartstrings. 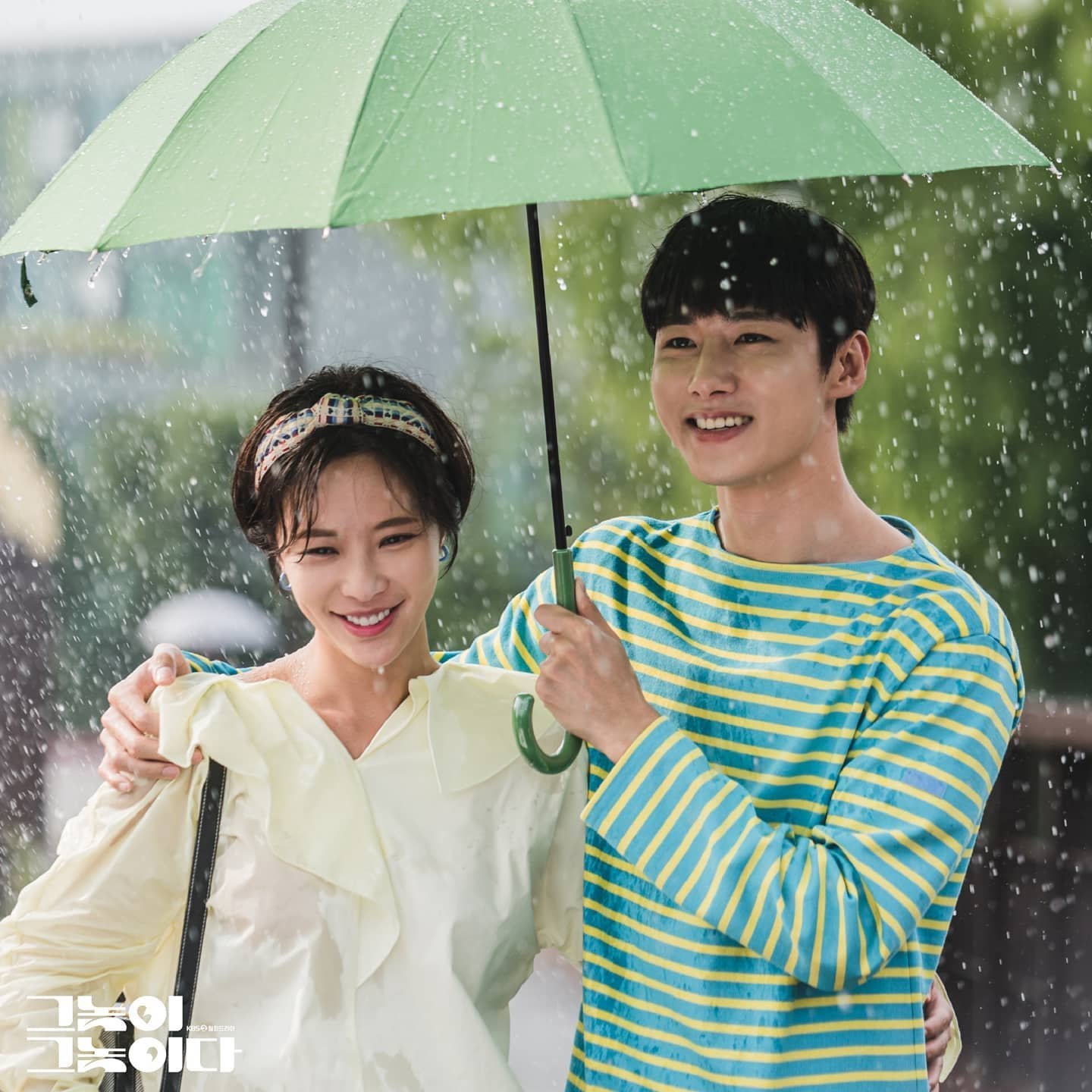 “To All the Guys Who Loved Me” is a rom-com about a woman named Seo Hyun Joo (played by Hwang Jung Eum) who has had her heart broken more than a few times. She has vowed to be single and live alone. Just as she promises herself a life of being single, two men come into her life. The two try desperately to win over her trust and love.

We are first introduced to Seo Hyun Joo as a woman who is fiercely independent but has a lot of pain built up as a result of being hurt in the past. She’s a character that viewers are able to get to know as the series progresses and someone we want to root for. The desire to be loved is so deep for her, but there are certain things that are keeping her from opening up again. Despite this, she makes an effort and takes initiative, which is heartwarming to see. 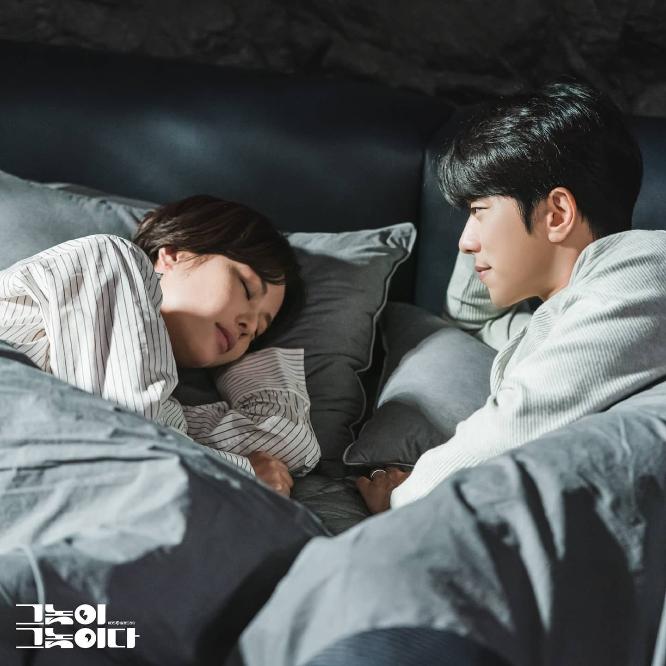 Watch “To All the Guys Who Loved Me”: 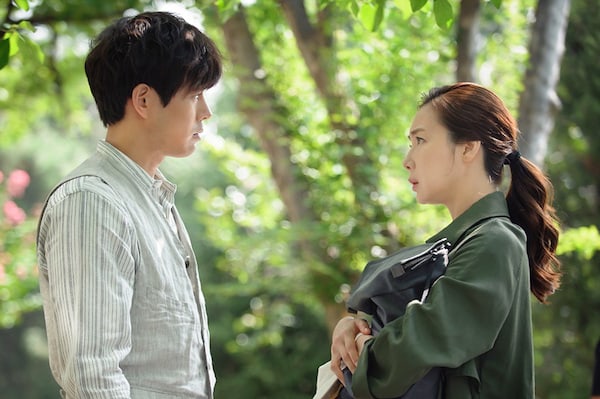 Choi Ji Woo plays Ha No Ra, an aspiring dancer who gets pregnant at the age of 19. She gives up on her dreams and drops out of high school to raise her son. 20 years later, No Ra meets her high school friend Cha Hyun Suk (Lee Sang Yoon). Although they were good friends in high school, it is revealed that he had a small crush on her when they were students.

Viewers will find themselves sympathizing a lot with Ha No Ra as she has been sheltered from having a normal life as a result of having a child at a young age. After her child is much older, she realizes that there are certain things in life that she wants to do and takes initiative to do them. It’s a healing series in that you want No Ra to do everything she wants in order to live her life to the fullest. The series teaches viewers that it’s never too late to start doing what you really want to do in life. 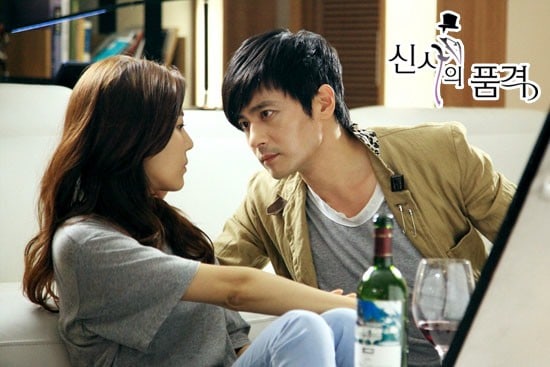 Jang Dong Gun plays Kim Do Jin, an arrogant middle-aged man who meets and falls in love with Seo Yi Soo (Kim Ha Neul). She doesn’t trust his playboy ways and makes it difficult for him to pursue her, but he does anyway. As he does, Do Jin realizes that his feelings for Yi Soo are more than skin deep, and he tries to win her trust.

If you’re looking for a mature romance, “A Gentleman’s Dignity” is definitely it. It stars Jang Dong Gun, Kim Ha Neul, Kim Soo Ro, Kim Min Jong, and Lee Jong Hyuk, all who play middle-aged characters that are looking for love. It also happens to be one of Kim Eun Sook’s first K-dramas that put her on the map. It was a huge success that really showcased all of the rom-com tropes which appealed to the masses. 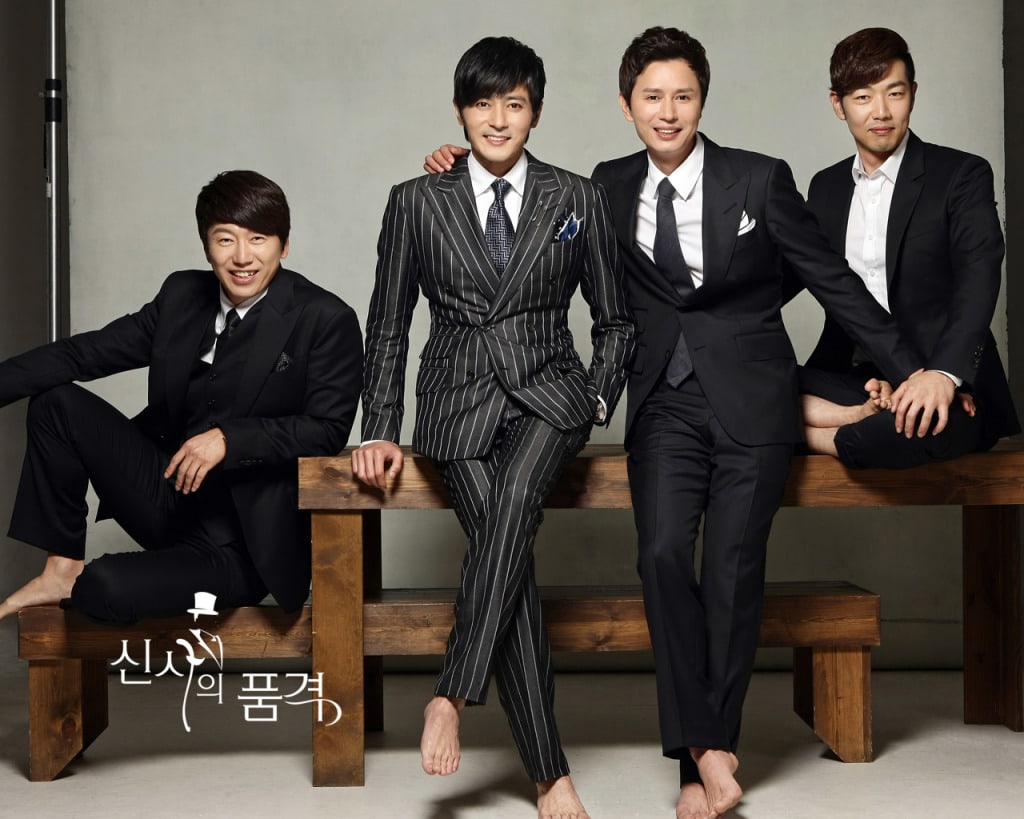 Hey Soompiers, which of these grown-up dating K-dramas is your favorite? Let me know in the comments below!

Soompi Spotlight
Twenty Again
A Gentleman's Dignity
Melo Is My Nature
To All the Guys Who Loved Me
Was It Love?
How To Be Thirty
Thirty-Nine
How does this article make you feel?