Noh Go Jin is Korea’s biggest star instructor now, but Oh Se Gi has been with him since his down-on-his-luck days. He is a vice-president who was key to making their education company, GOTOP, the best in the country. The caption on his character poster reads, “It’s me, hyung and dongsaeng Oh Se Gi. I’ll protect my people!”, sending a strong warning to the person who sent Noh Go Jin a death threat. 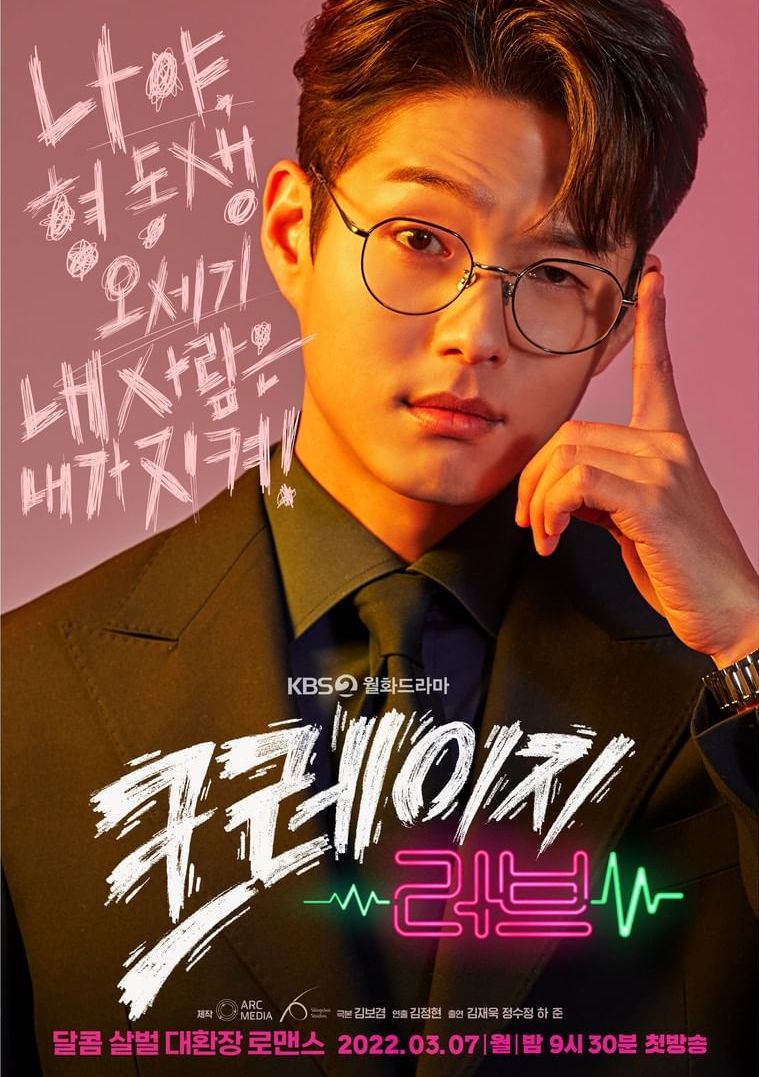 Ha Jun said, “I thought it was important to become close with Jae Wook. Even before we started filming, I would text him, ‘Buy me food.’ Even though he was busy, he always bought me food. I’d visit his house and we played video games together. We talked a lot and became friends.”

As the vice-president, Oh Se Gi is in charge of half the management of GOTOP. His main role is to soothe and take care of the employees who have been hurt by the prickly and money-obsessed Noh Go Jin. He is a great listener, cheers people on, and gives them strength to work. The actor described, “He also wants others to recognize the true value of Go Jin, who is really a warm and good person.”

Ha Jun added, “Since Oh Se Gi is a character who gives people strength just by being around them, I also came up with a lot of cute gestures for him. He often gives ‘thumbs-up’ to the people around him. I think that he’s also the most studious of all the characters I’ve played.”

He concluded, “I’ve always had a thirst to act in a romantic comedy. When I saw the script for ‘Crazy Love,’ I thought it was really refreshing and funny. It was a drama that made me forget about harsh reality and entertained and comforted me. Apart from the main characters, the whole cast, including Im Won Hee, Lee Si Eon, Jung Sung Ho, Baek Joo Hee, Kim Ki Nam, and Go Kyu Pil, are also really entertaining to watch.”

“Crazy Love” premieres on March 7. Check out a teaser here!

Watch Ha Jun in “Times” below!

Kim Jae Wook
Ha Jun
How does this article make you feel?