New character posters from the upcoming drama “Tomorrow” have been released!

Kim Hee Sun plays the powerful grim reaper Goo Ryun, who is the Crisis Management Team leader at the spirit management headquarters of the afterlife monopoly called Joomadeung (phantasmagoria). Rowoon accompanies her as Choi Joon Woong, a new contract employee on the Crisis Management Team. Lee Soo Hyuk stars as Park Joong Gil, the elite leader of the Guiding Management Team, while Yoon Ji On plays Lim Ryoong Goo, a humorous and energetic grim reaper who always makes sure to clock out of work after exactly eight hours, keeping his work-life balance perfect.

The posters preview the main characters with a phrase describing a part of the character’s personality at the top. First is Goo Ryun. She looks directly into the camera with her hands in her pocket. Her flashy clothes add to her sharp appearance and display her determination to get things done. The text on her poster reads, “I’m a grim reaper who saves people,” pointing to her role as one who aids people in crisis. 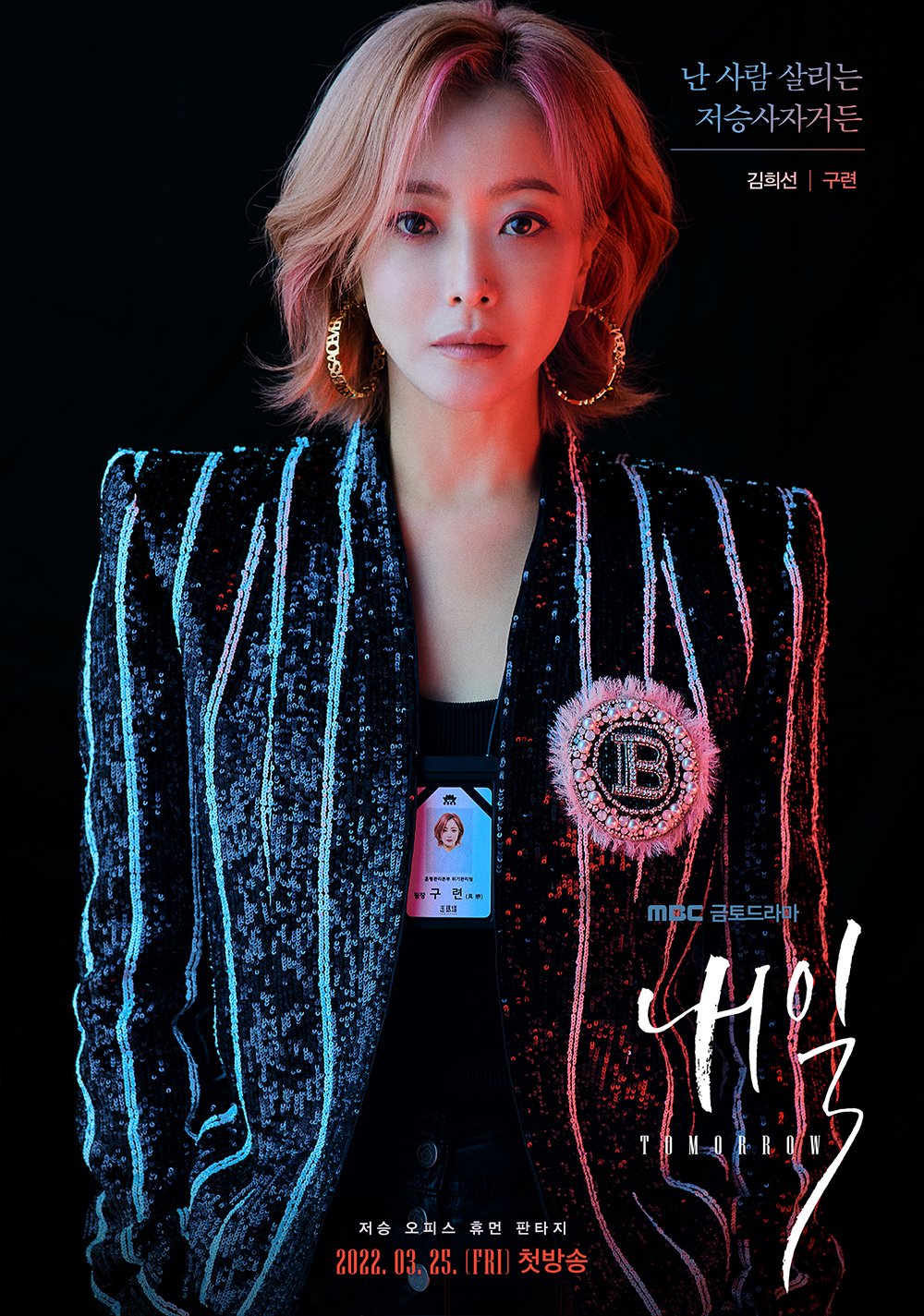 The next poster shows Choi Joon Woong looking well put together in a suit. His posture is a little more relaxed as he slightly leans his head to the right. Choi Joon Woong displays an approachable and friendly demeanor as he looks eagerly ahead. Above his head, the text reads, “Thank you. For enduring…and not giving up.” These words along with his overall kind appearance seem to imply that he comforts people who are in distress and in the face of death yet ultimately choose to live. 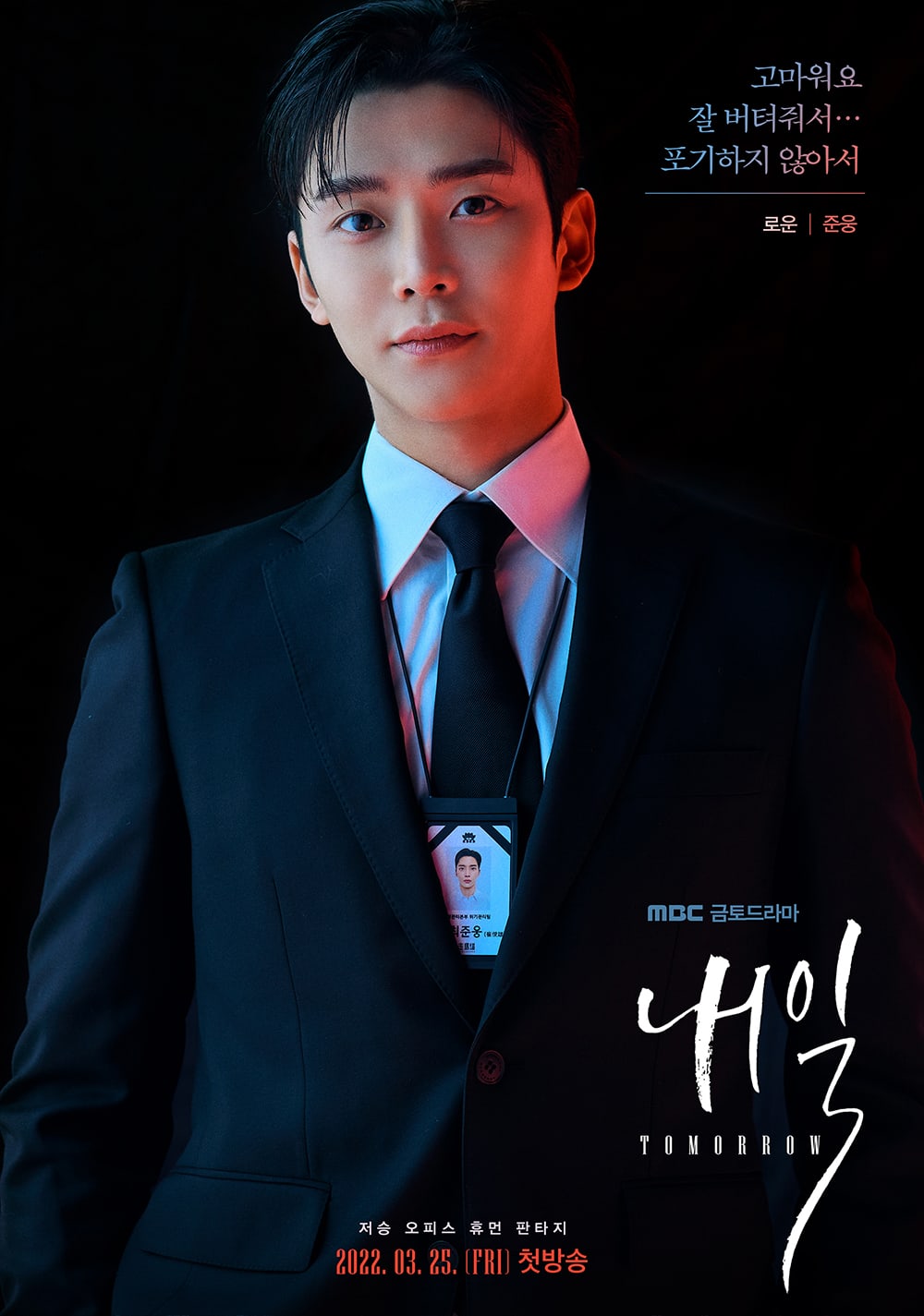 On the other hand, Park Joong Gil exudes coldness as he turns away and looks to his side. His meticulous appearance, adorned with leather gloves and a neat looking suit, creates a tense vibe. In addition, the text next to him reads, “I don’t understand why we need the Crisis Management Team,” adding to the tension and conflict that takes place between his Guiding Management Team and Goo Ryun’s Crisis Management Team. 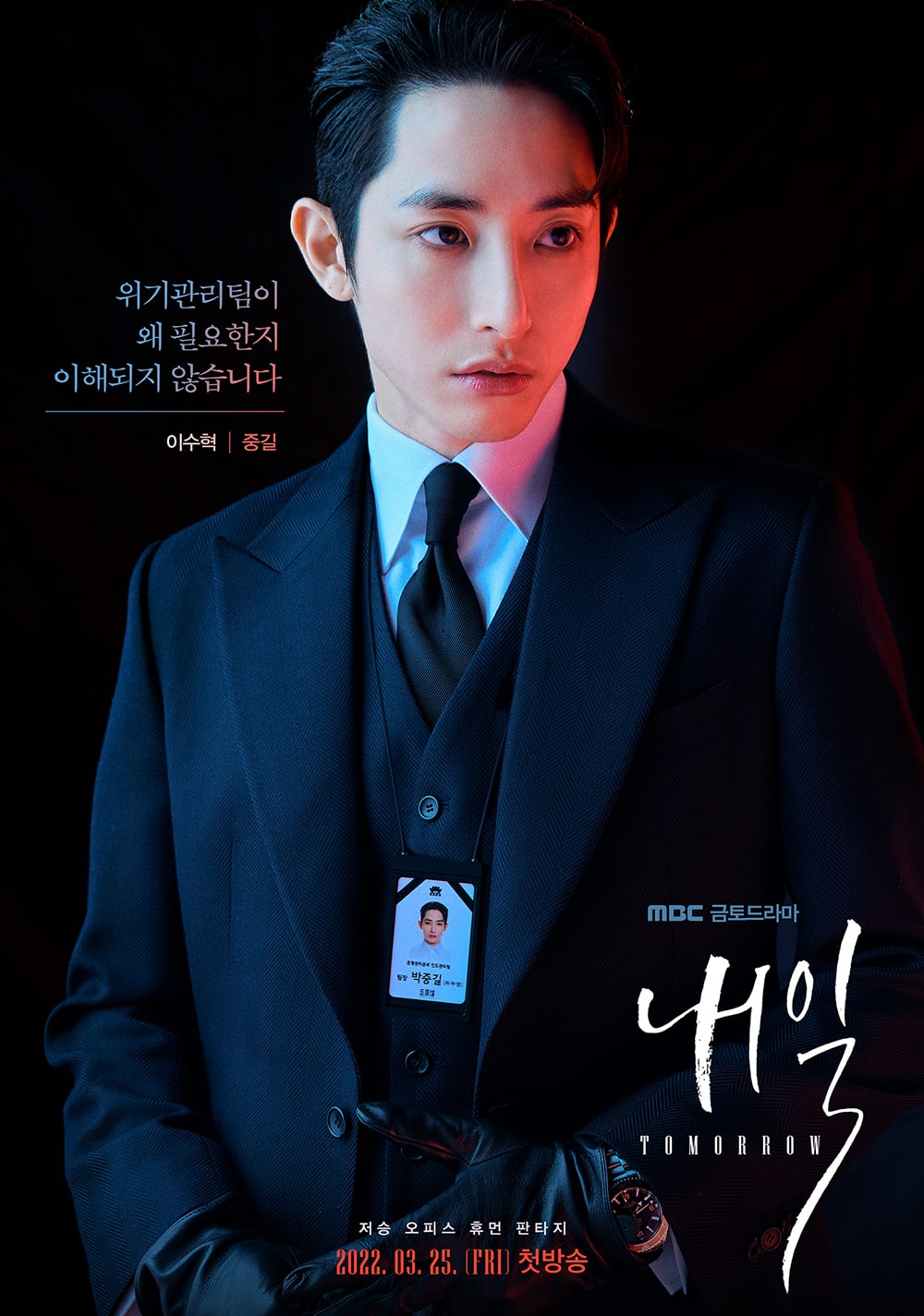 Finally, Lim Ryoong Goo embodies a more indifferent attitude, wearing a leather jacket on top of a gray hoodie with his hands in his pocket. Despite this, his eyes look determined as he focuses his attention forward. The text on the poster adds to this, reading, “We’re going to be punished anyway, so let’s at least make good results.” This points to his sincerity and devotion to performing his duties well. 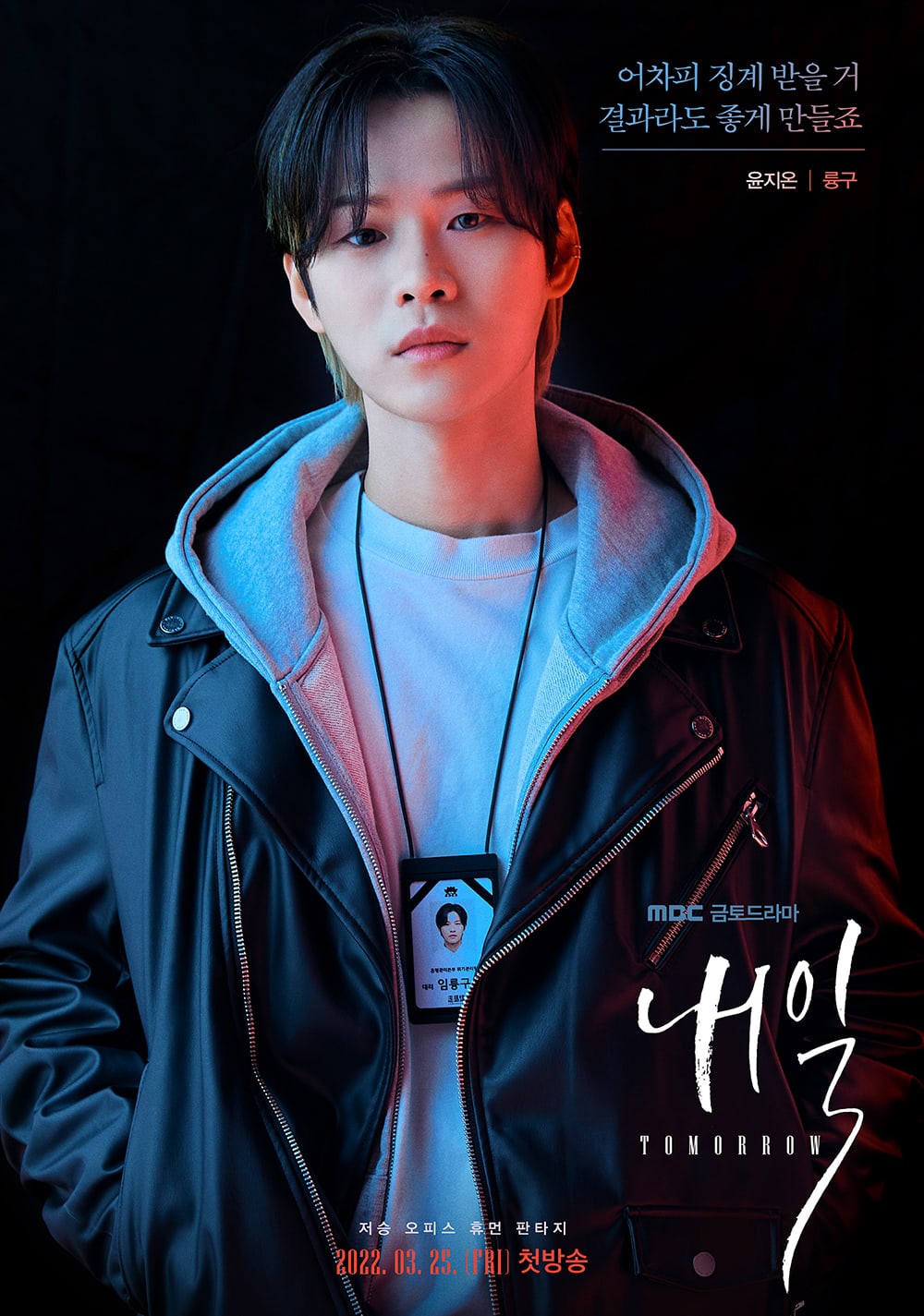 The first episode of “Tomorrow” will premiere on March 25 at 9:50 p.m. KST. Watch a teaser for the drama here!

While waiting, check out Kim Hee Sun in “Alice“:

And watch Rowoon in “Extraordinary You“: