TXT has been crowned Hero of the Year by the United Kingdom’s NME Awards!

On March 2 local time, the BandLab NME Awards 2022 officially announced ahead of its award ceremony that TXT had won Hero of the Year, making them the first Korean artist ever to receive the award.

The annual British awards honor achievements in music, film, and culture, and the fan-voted Hero of the Year award recognizes those who “made the world a much more excellent place over the last 12 months.” Previous winners of Hero of the Year include Lady Gaga, Beyoncé, Barack Obama, Liam Gallagher, Ozzy Osbourne, Ariana Grande, My Chemical Romance’s Gerard Way, and Arctic Monkeys’ Alex Turner.

Meanwhile, Jacob Rees-Mogg, the British Minister of State for Brexit Opportunities and Government Efficiency, was voted Villain of the Year for 2022. (Previous winners of Villain of the Year include Donald Trump, Justin Bieber, David Cameron, George W. Bush, and Piers Morgan.)

Notably, TXT received over 40 percent of the total votes for Hero of the Year. 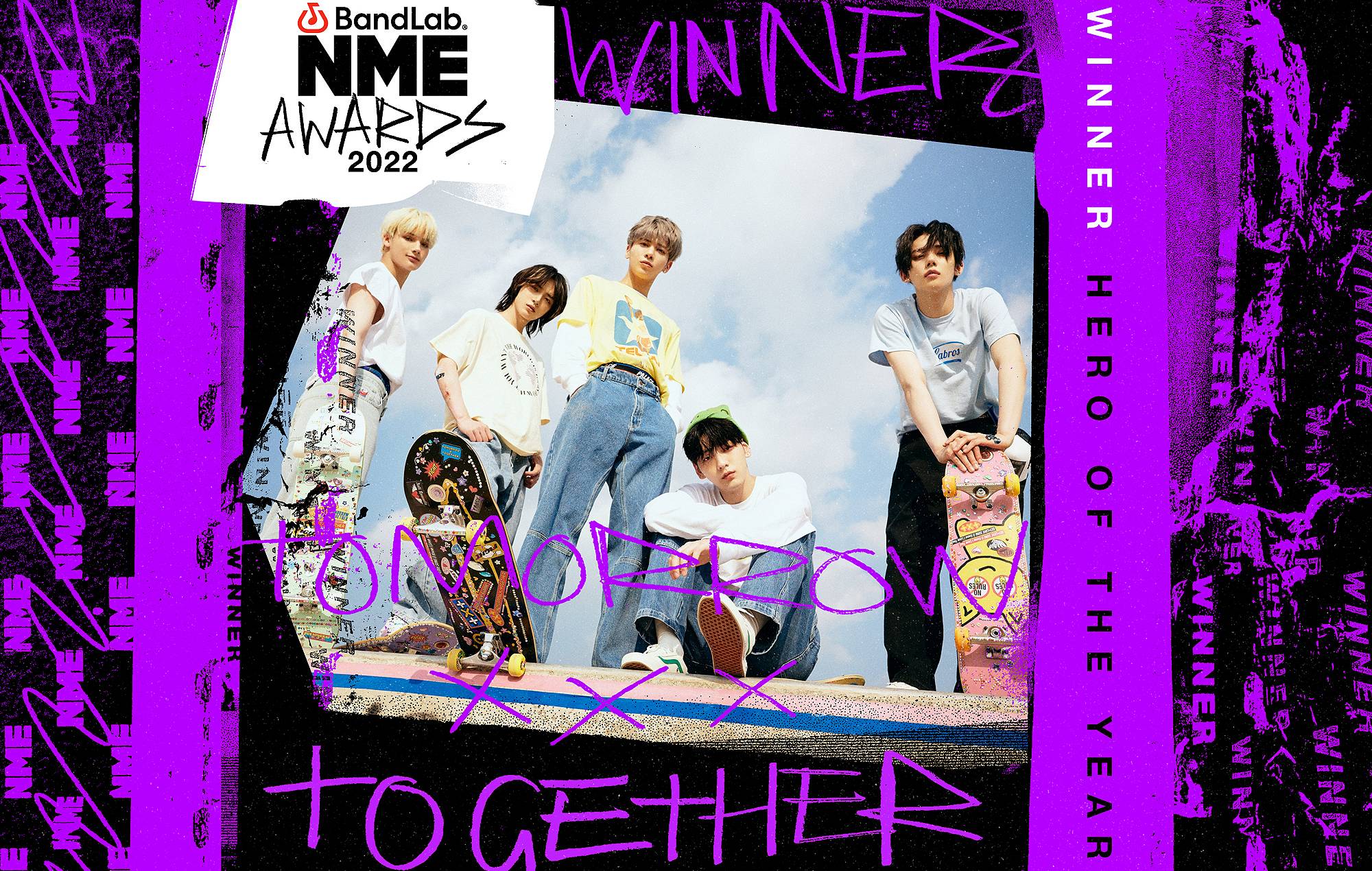 Last year, TXT was also the only Korean artist to be included in NME’s year-end list of “The 50 Best Albums of 2021,” with their second studio album “The Chaos Chapter: FREEZE” having previously received a glowing five-star review from the publication.