The poster contains six brightly colored frames that are connected together like pieces of a puzzle. The 16 characters are divided into different categories for top stars, agency CEOs, the PR team, managers, entertainment industry representatives, and newbies in the entertainment industry. The vibrant colors set the refreshing vibe for the upcoming romantic comedy. The bold text reads, “The story of people who clean up the various messes created by stars.” 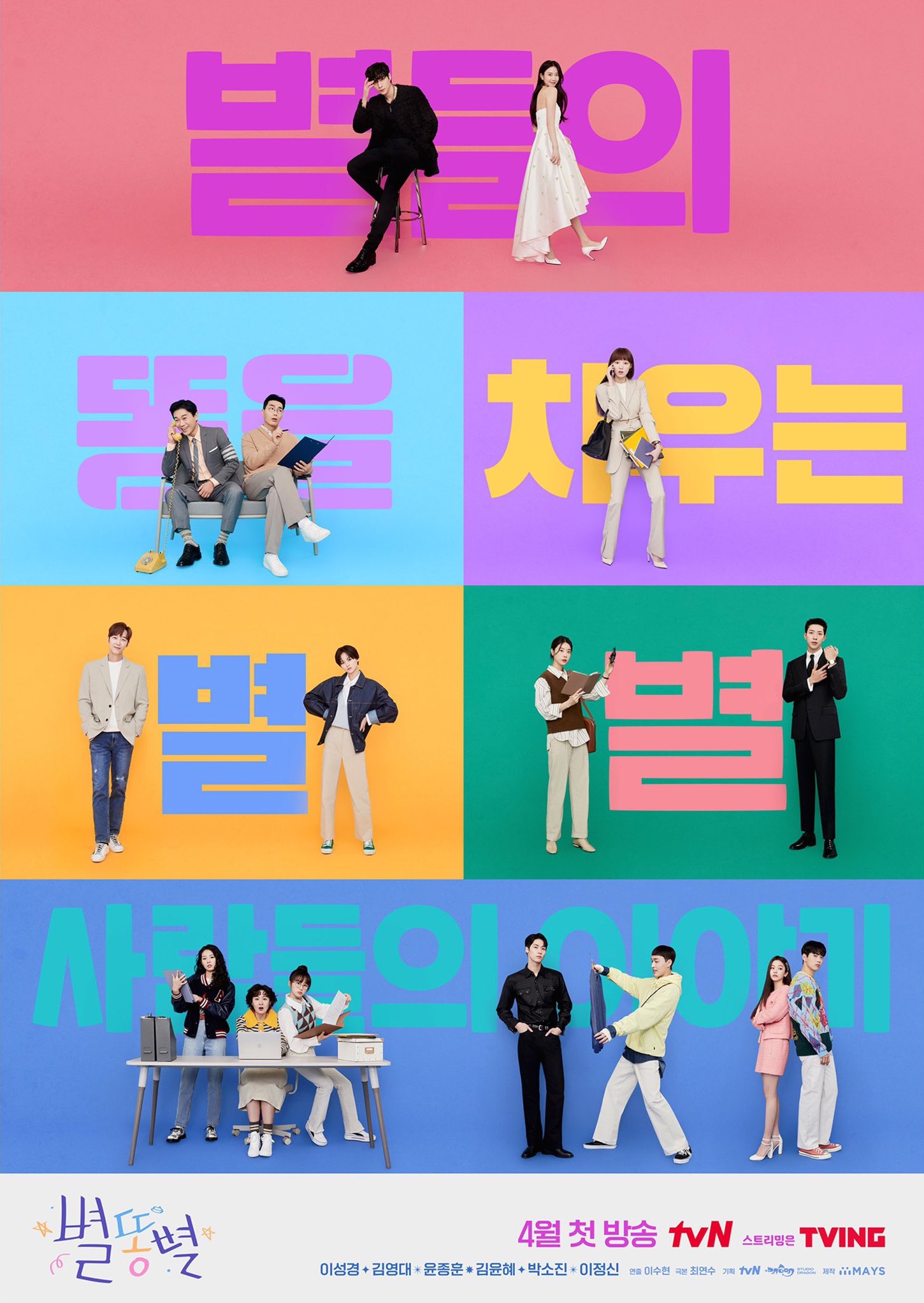 tvN’s “Sh**ting Stars” is slated to premiere in April.

While waiting, check out Lee Sung Kyung in “Dr. Romantic 2“:

And watch Kim Young Dae in “The Penthouse 3“: