SBS’s “Through the Darkness” has shared new stills from tonight’s episode!

The next episode will show a serial killer who is more gruesome and deranged, if possible, than Gu Young Chun. The murderer is none other than Nam Ki Tae (played by Kim Joong Hee), who hunted down random women with a knife. Questions are soaring over what kind of vicious crimes Nam Ki Tae will commit next and how the Criminal Behavior Analysis team and the Mobile Investigative Unit will catch him.

The newly released stills send shivers up one’s spine as Nam Ki Tae makes a frightening appearance. He is crouching alone in a deserted place on a rainy night. His expression is full of excitement and fascination as he stares at his weapon of choice. At first, Nam Ki Tae used a camping knife to stab his victims, but when he realized it was too small to kill them, he changed to a kitchen knife. In the photos, he has a bigger weapon, and in the new episode, viewers can find out why he changed weapons and how this will serve as a clue for the investigation.

Another still shows Song Ha Young’s concentration as he fully immerses himself in this case. In the previous episode, he managed to get a composite sketch of Nam Ki Tae. Song Ha Young will now devote himself to Nam Ki Tae’s case in order to capture him once and for all. 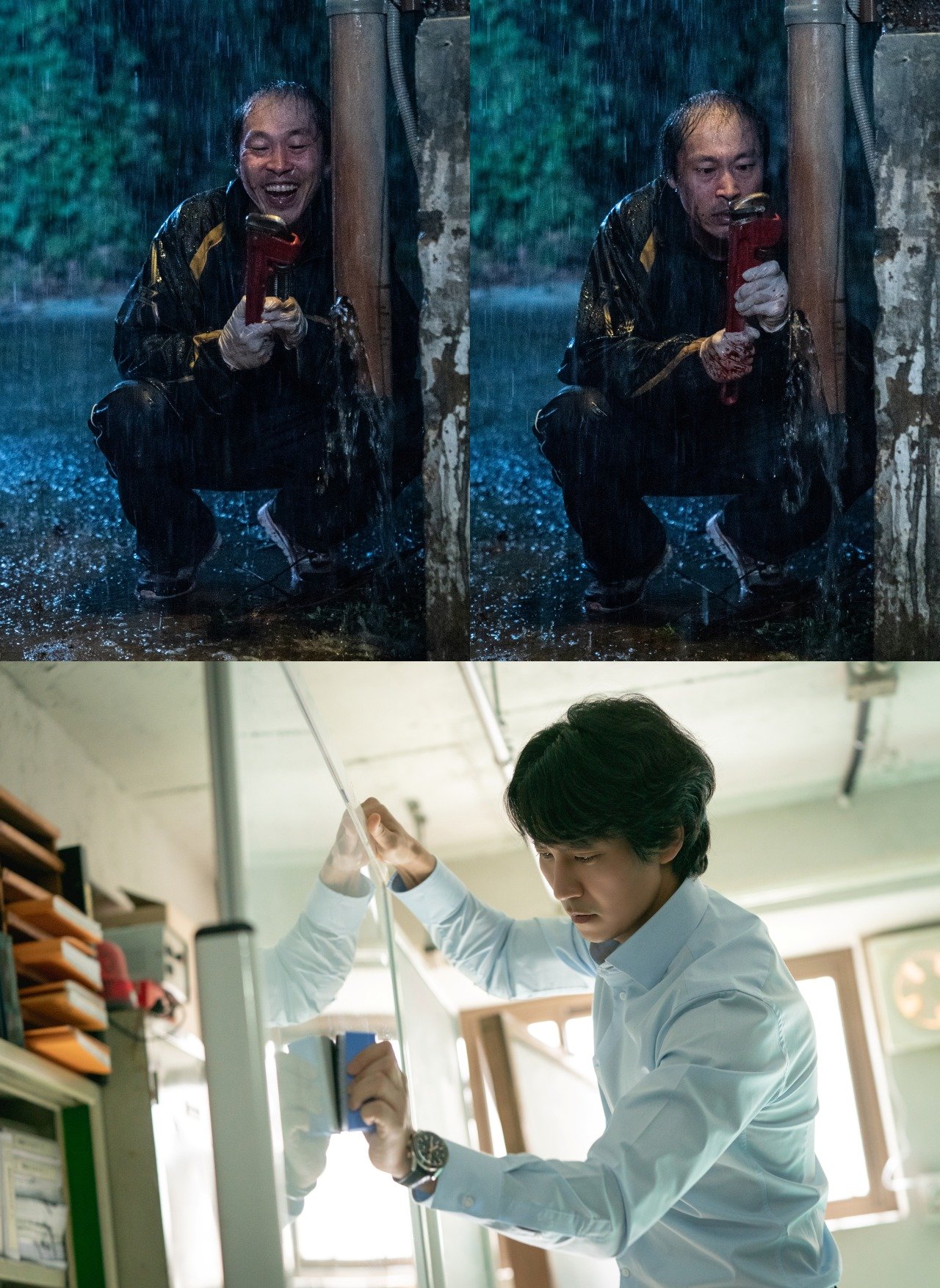 The drama’s producers teased, “In episode 9, which will air on March 4, the psychopath serial killer Nam Ki Tae will make an official appearance in the drama. Nam Ki Tae will show different crimes, behaviors, and psychological patterns from Gu Young Chun. Please pay a lot of attention and look forward to the fierce stories of the police chasing Nam Ki Tae, who heralded more fear than shock.”

This episode of “Through the Darkness” airs on March 4 at 10 p.m. KST.