Kim Dong Wook, Kim Sung Kyu, And Chae Jung An Are Stalked By A Creepy Shadow In Posters For New Thriller Drama

TVING’s original series “The King of Pigs” has released individual character posters of the cast!

The drama is based on director Yeon Sang Ho’s animated film of the same name that has already been acknowledged for its cinematic quality at various film festivals.

Kim Dong Wook will play the role of Hwang Kyung Min who lives with the trauma of the school violence he experienced 20 years ago. Kim Sung Kyu will take on the role of detective Jung Jong Suk who traces the mysterious message sent by the friend from 20 years ago. Chae Jung An will play the charismatic detective Kang Jin Ah, a tenacious woman of principle who will stop at nothing to solve a case.

Since “pigs” are an essential symbol in the drama, each of the newly released posters contains a shadow of a pig. In addition, the actors emit different emotions, which hint their unique narratives as well as the drama’s atmosphere.

In Kim Dong Wook’s poster as Hwang Kyung Min, he seems indifferent to everything, but his eyes glint sharply. As someone who’s been living with trauma for 20 years, he has a complicated story that is linked to the reason for his transformation into a dark serial killer. The text on his poster reads, “It’s been a while, Jong Suk.” 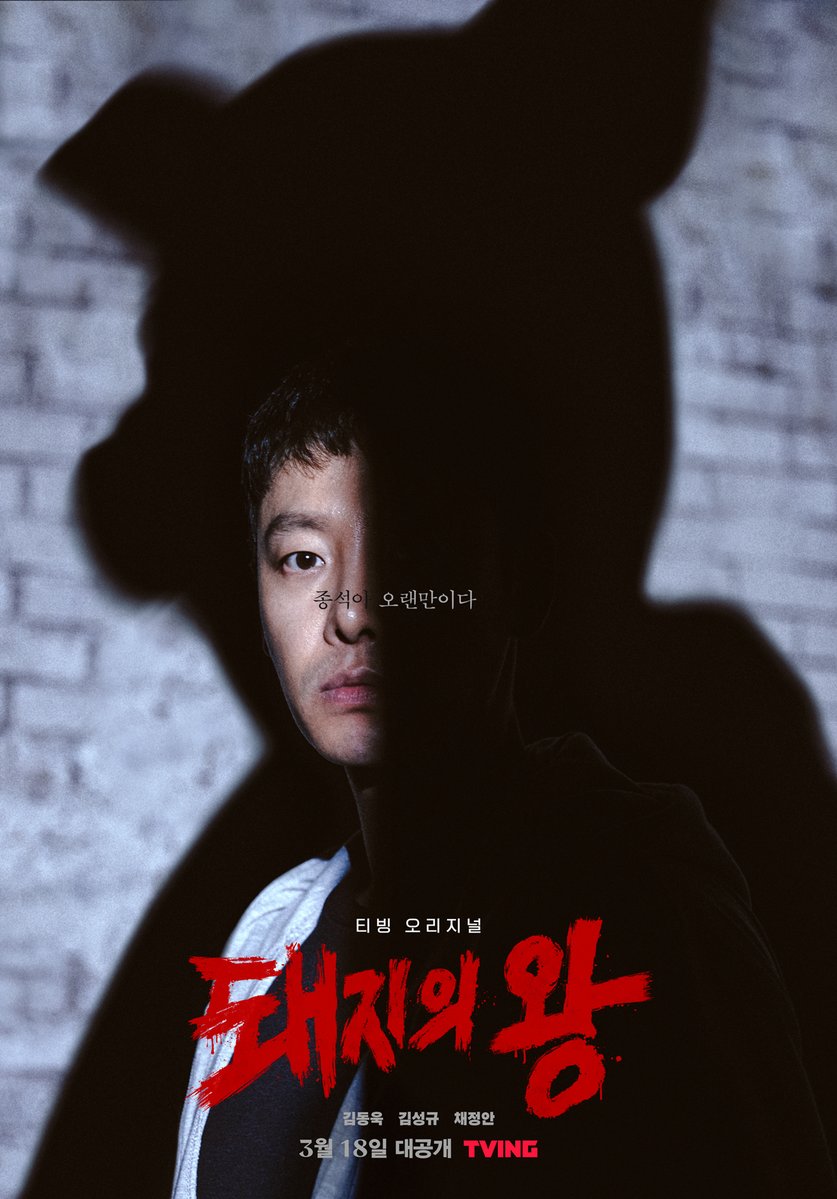 In Kim Sung Kyu’s poster as Jung Jong Suk, he shows his determination with the phrase, “I have to stop my friend from becoming a monster,” referring to Hwang Kyung Min. 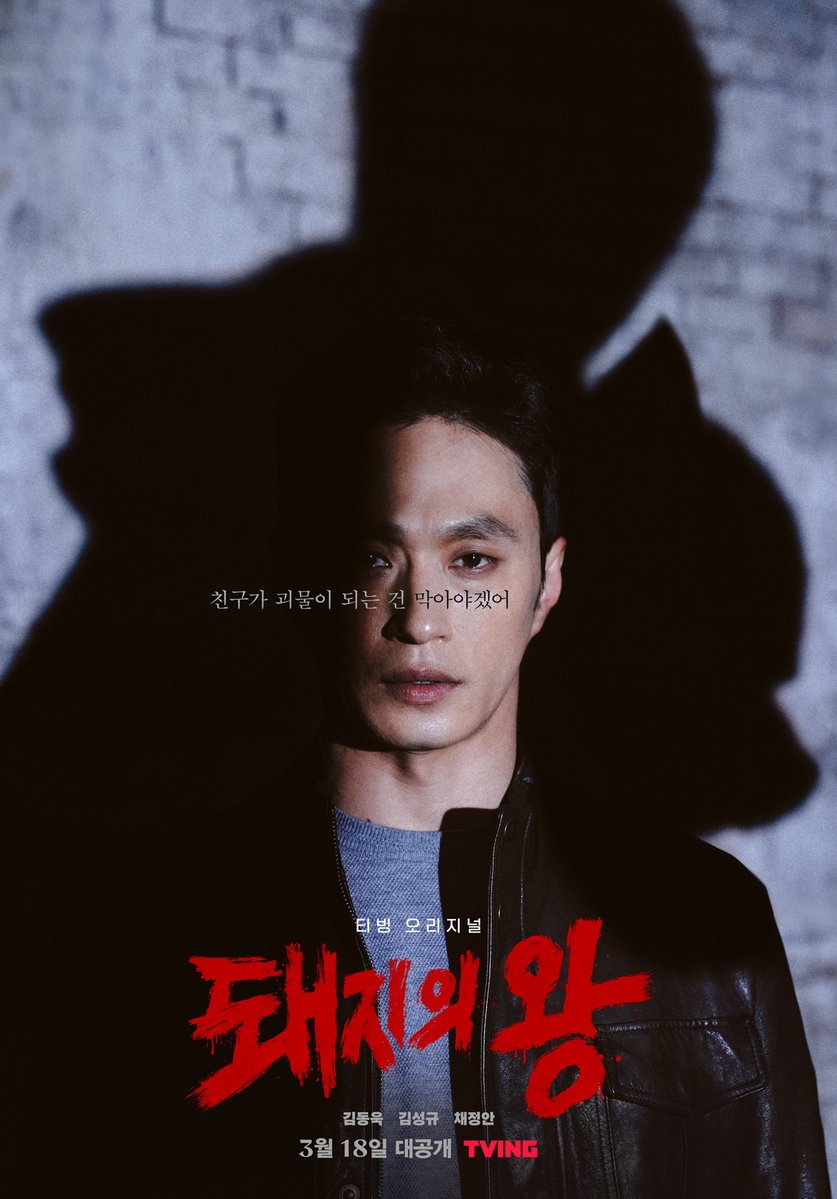 In the final poster, Chae Jung An has transformed into Kang Jin Ah. She looks suspicious and fearful about this terrifying case, and the words on her poster reads, “I think this message is like a type of signature.” 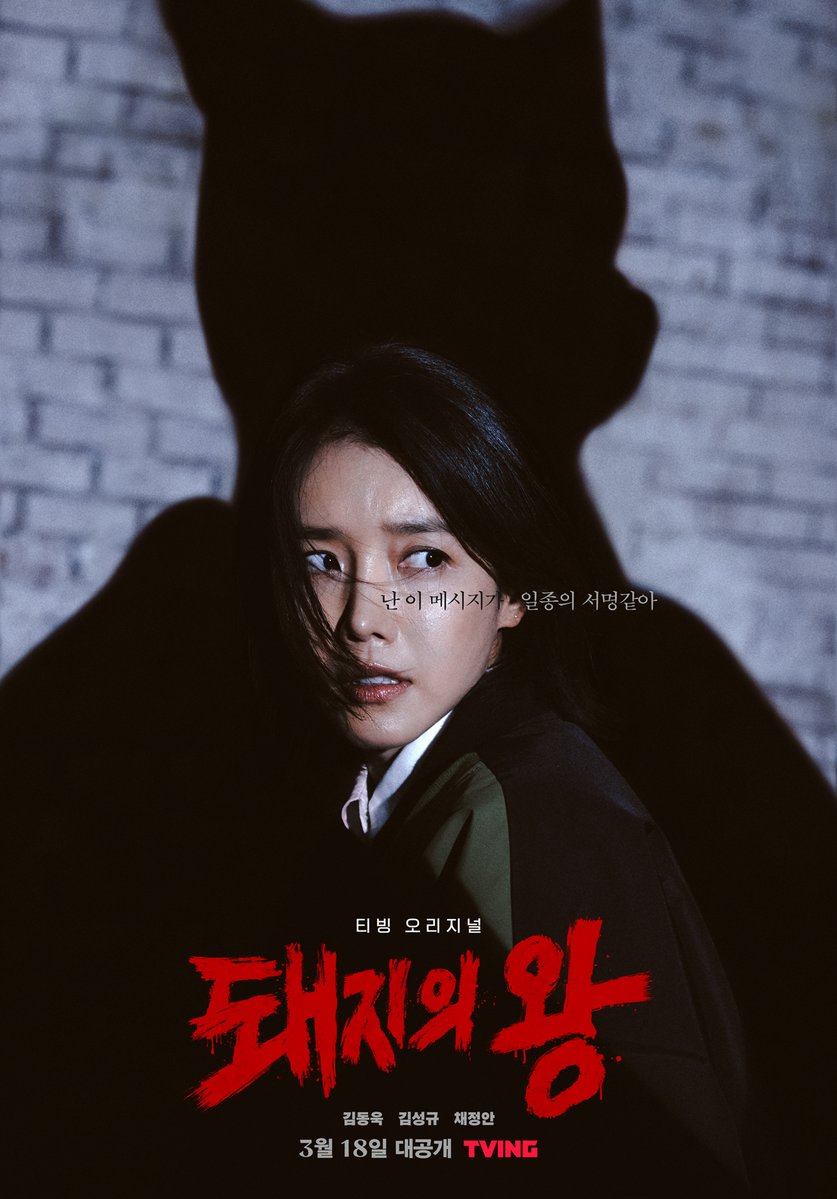 The biggest key point of the character posters is the shadow of the pig that is expressed differently for each character. Hwang Kyung Min’s face is hard to see because a majority of it is covered by the shadow. On the other hand, Jung Jong Suk is covered by another silhouette other than the shadow of the pig. Compared to those two, Kang Jin Ah isn’t eroded by the shadow, but the tension in the poster implies that she’s in a situation where she isn’t completely free from danger.

“The King of Pigs” will be released on March 18 via TVING. Check out a teaser here!

In the meantime, watch Chae Jung An in “Monthly Magazine Home“:

chae jung an
Kim Dong Wook
Kim Sung Kyu
How does this article make you feel?