Get ready for an awkwardly heated encounter between Song Kang and Yoon Bak on “Forecasting Love and Weather”!

Previously on “Forecasting Love and Weather,” Han Ki Joon (played by Yoon Bak) picked a fight with Lee Si Woo after finding out that he was the ex-boyfriend of his wife Chae Yoo Jin (Girl’s Day’s Yura). When he caught the two of them talking alone outdoors, Han Ki Joon angrily told Lee Si Woo not to speak to the press directly. However, Lee Si Woo didn’t back down from the confrontation, confidently holding his own as he faced off against the man who both stole his former girlfriend and broke his current girlfriend’s heart.

On the drama’s next episode, the two men will get into another tense confrontation after both being caught off guard. In newly released stills from Episode 7, Lee Si Woo and Han Ki Joon are shocked to run into each other in a completely unexpected place.

Notably, Lee Si Woo is dressed comfortably in casual at-home attire, while Han Ki Joon—who is typically fastidiously groomed with not a hair out of place—appears disheveled, as if he has drunkenly made his way to the place where he crossed paths with Lee Si Woo. 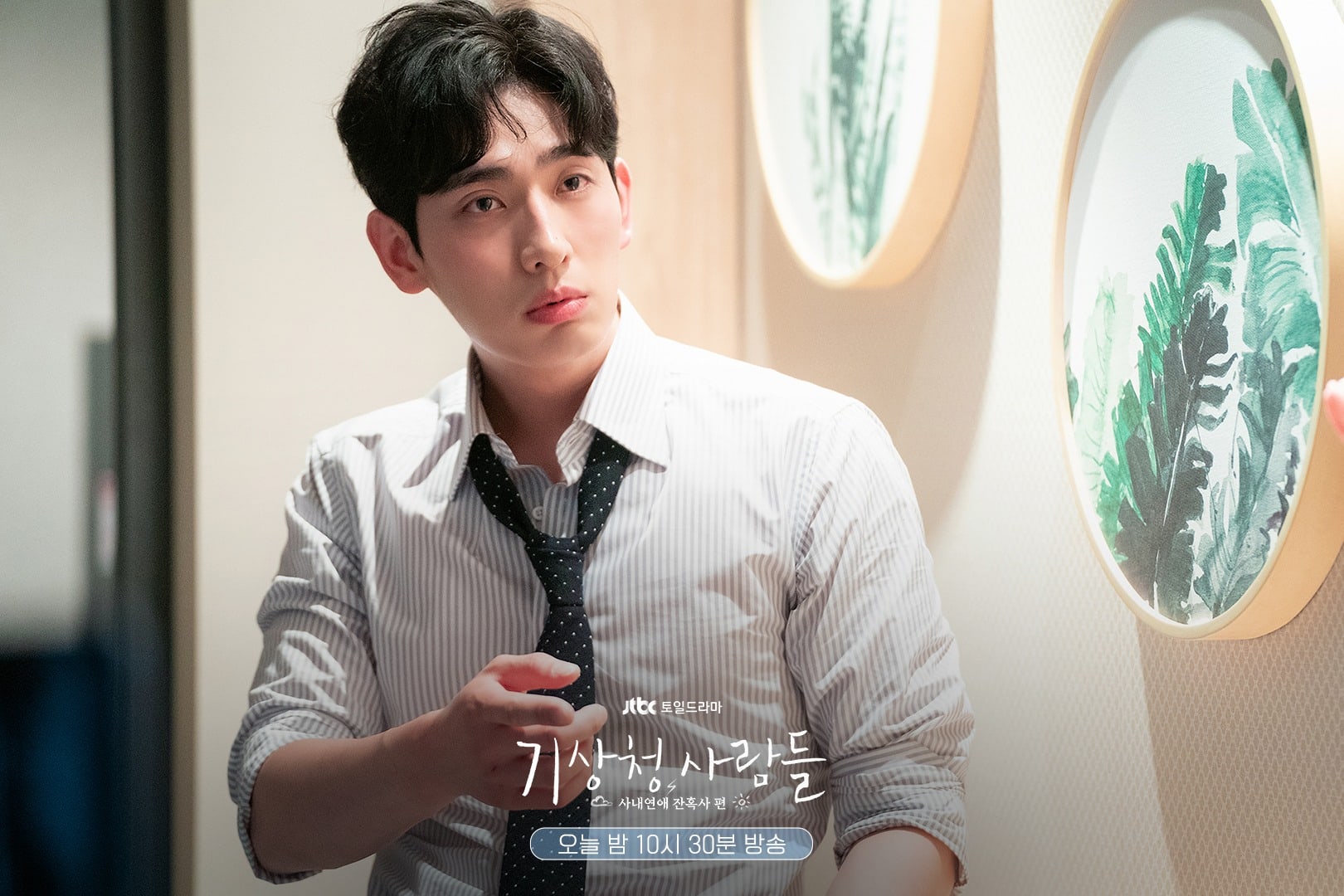 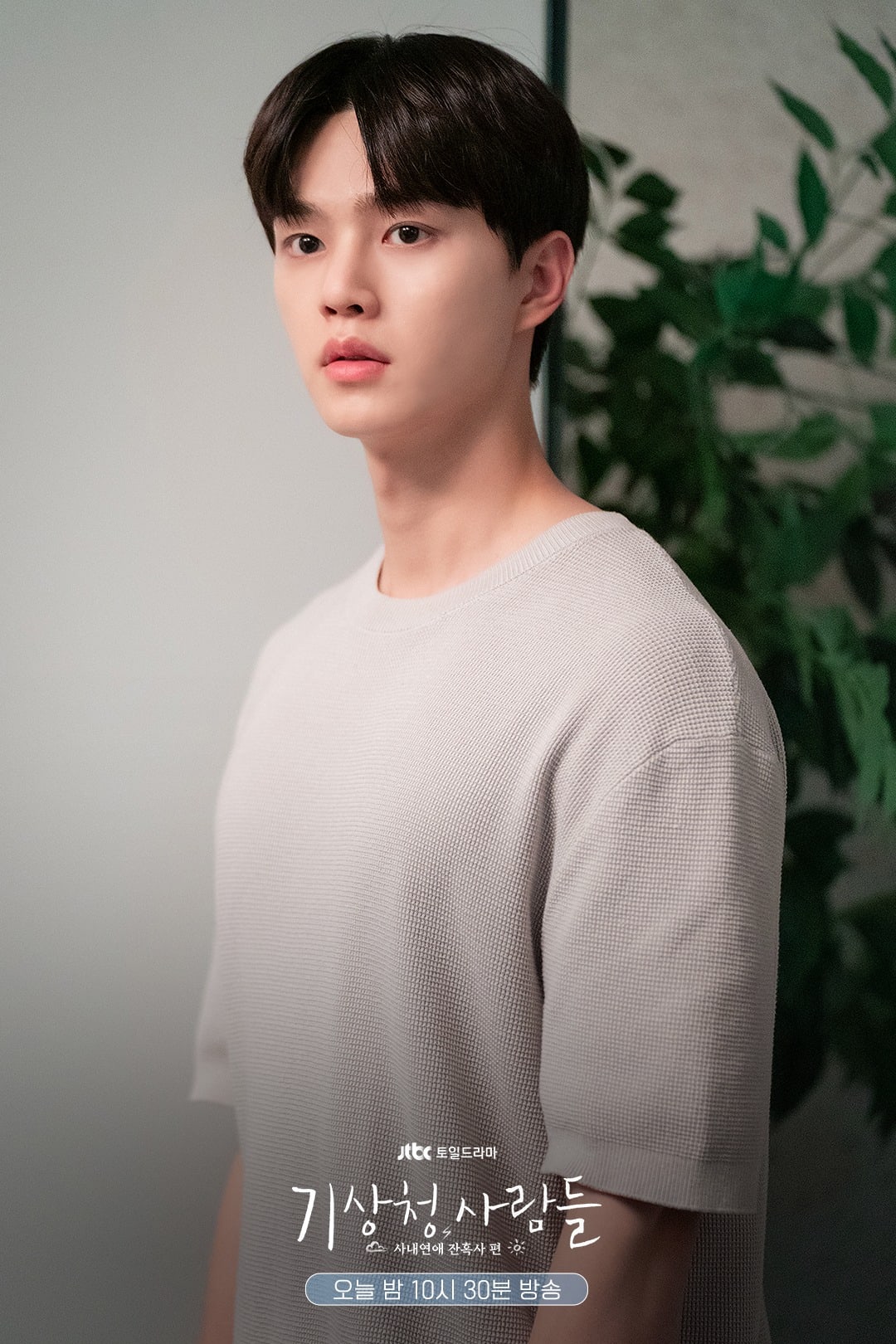 The producers of “Forecasting Love and Weather” teased, “Si Woo and Ki Joon will face off in Round 2 of their war of nerves in an unexpected place that isn’t the Korea Meteorological Administration. Fierce sparks will fly between the two men, who don’t have positive feelings about one another due to being entangled by their cruel romantic history. Please look forward to seeing those sparks, as well as finding out what kind of effect the result will have on their current love lives.”

Yoon Bak
Song Kang
Forecasting Love and Weather
How does this article make you feel?