JTBC’s “Forecasting Love and Weather” has revealed new stills ahead of tonight’s episode!

“Forecasting Love and Weather” is a romance drama about the work and love lives of people who work at the Korea Meteorological Administration, Korea’s national weather forecast service. Park Min Young stars as the frosty Jin Ha Kyung, who does everything by the book and is fastidious about keeping her personal and professional lives separate, while Song Kang stars as the free-spirited and determined Lee Si Woo, who boasts an impressive IQ of 150 but only cares about the weather.

On the previous episode, Jin Ha Kyung and Lee Si Woo were on odd terms due to a misunderstanding. However, they mended their relationship as she understood his pain, and furthermore, she even suggested they stay together, signaling that they might live under the same roof.

Based on the newly released stills, Jin Ha Kyung and Lee Si Woo’s relationship will grow sweeter than ever. The two spend quality time outside of work, and they gaze at each other with affectionate smiles. A pre-released video showed Jin Ha Kyung and Lee Si Woo’s tender moments, and their cute bickering amped up the excitement for what will happen next. Viewers can look forward to seeing the two characters get closer in the upcoming episode. 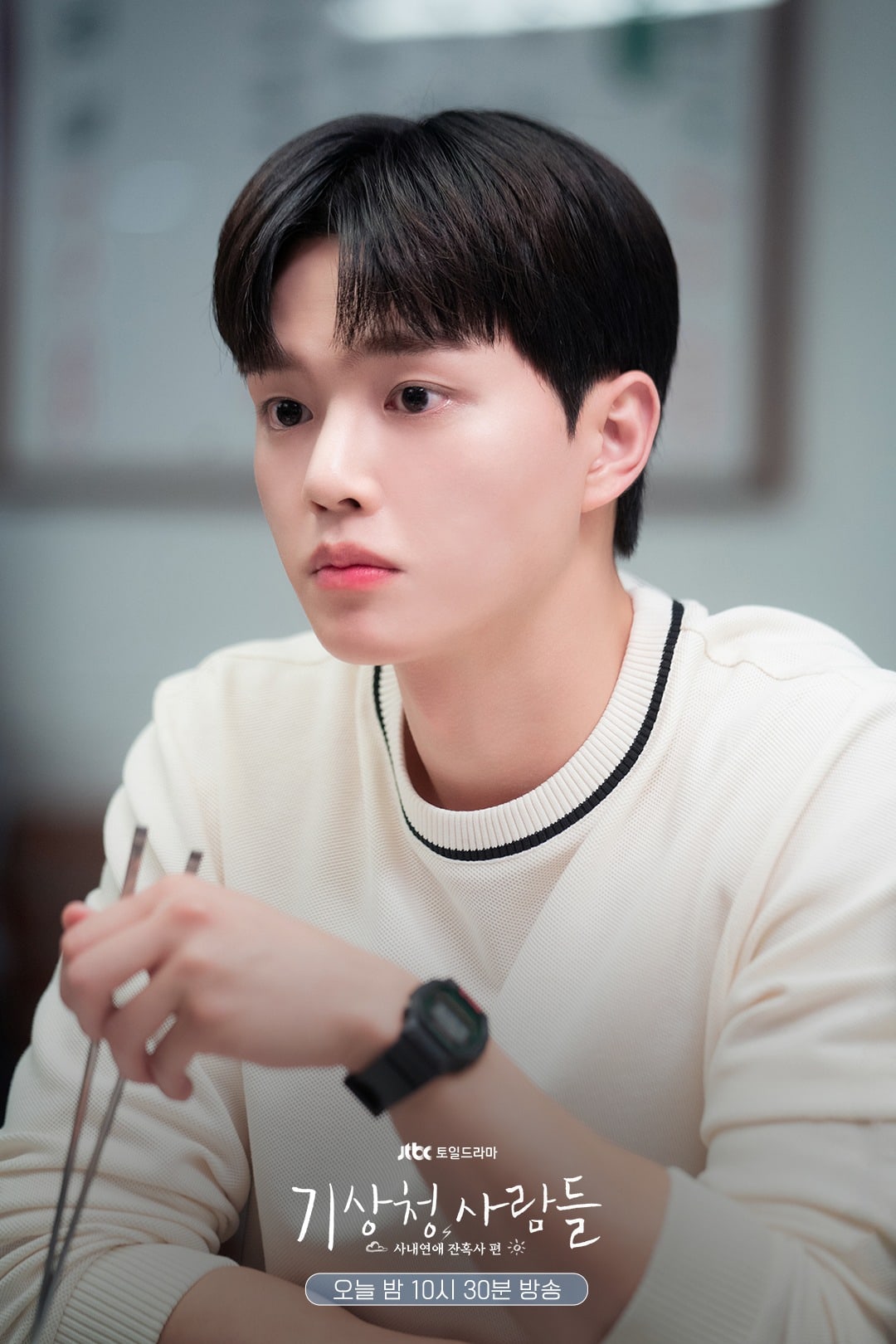 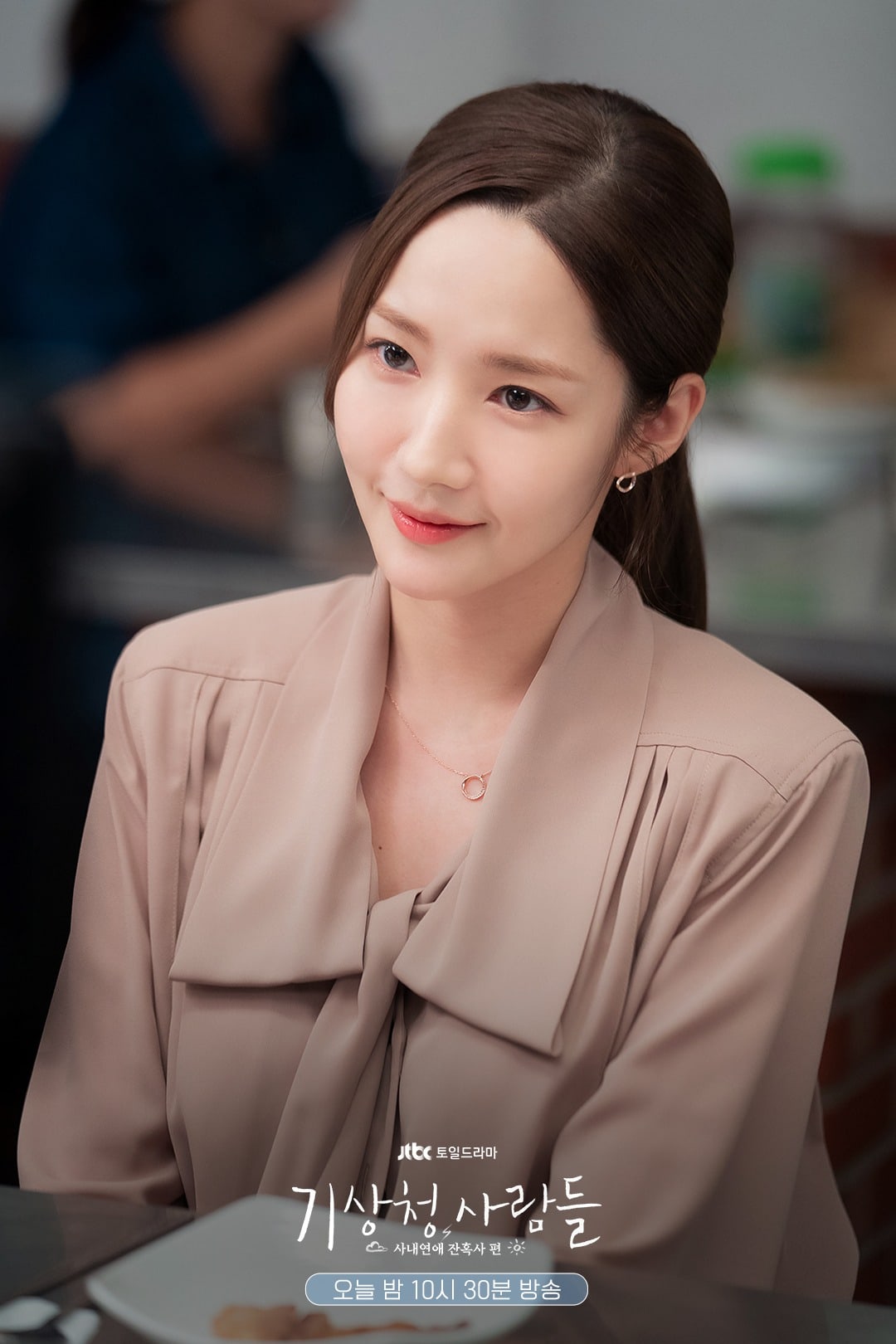 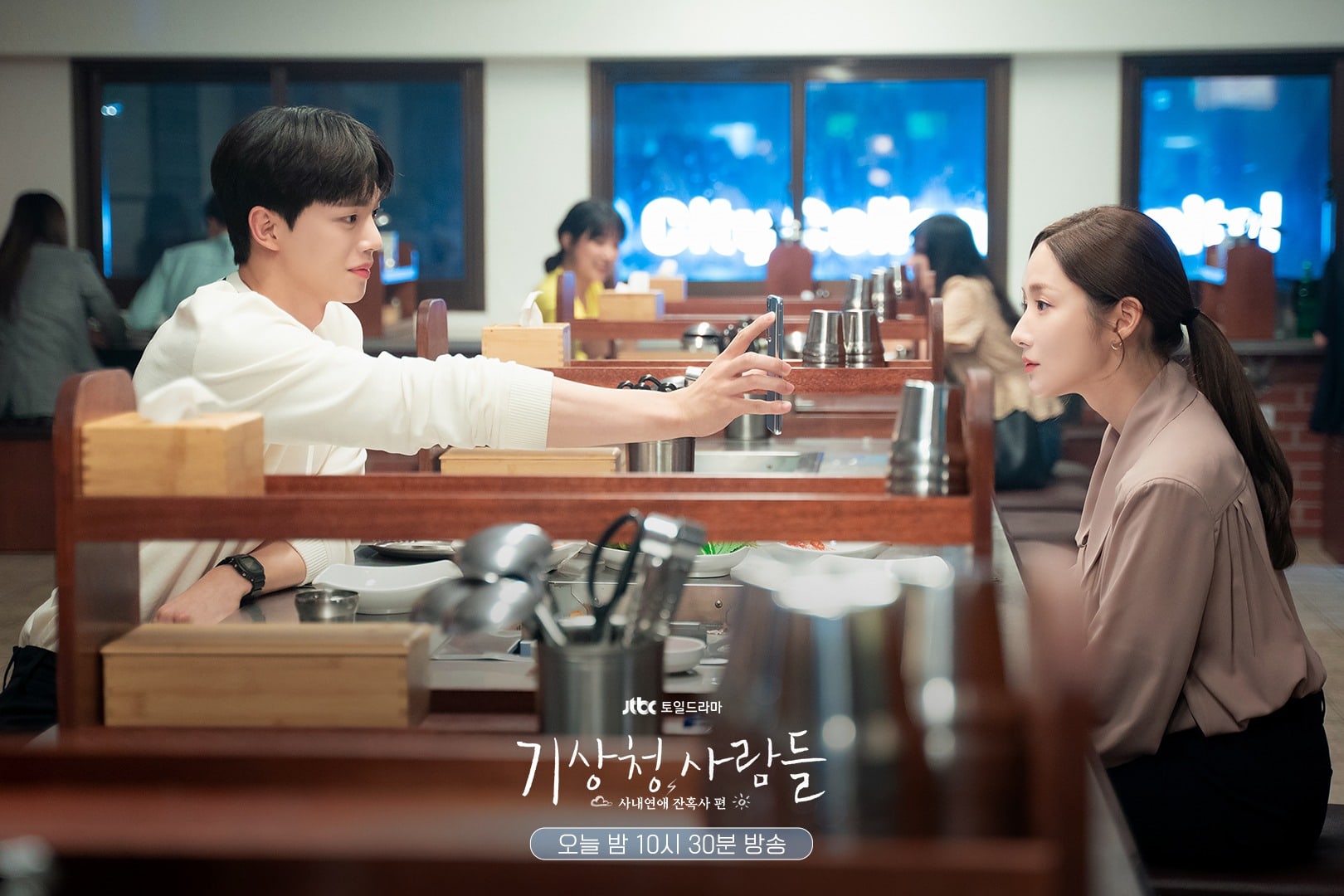 The drama’s producers teased, “We released stills and a pre-released video in advance for viewers who are waiting for the main broadcast in order to predict the clear love weather between Jin Ha Kyung and Lee Si Woo. But the weather is always capricious. Please watch the unpredictable story to see if there will be another variable in their love weather.”