The group will be visiting additional cities in Asia, Australia, and the United States for part of their “MANIAC” world tour. Included are the rescheduled dates for the Atlanta and Fort Worth stops, which were previously postponed in July after some members tested positive for COVID-19.

Check out the new dates below: 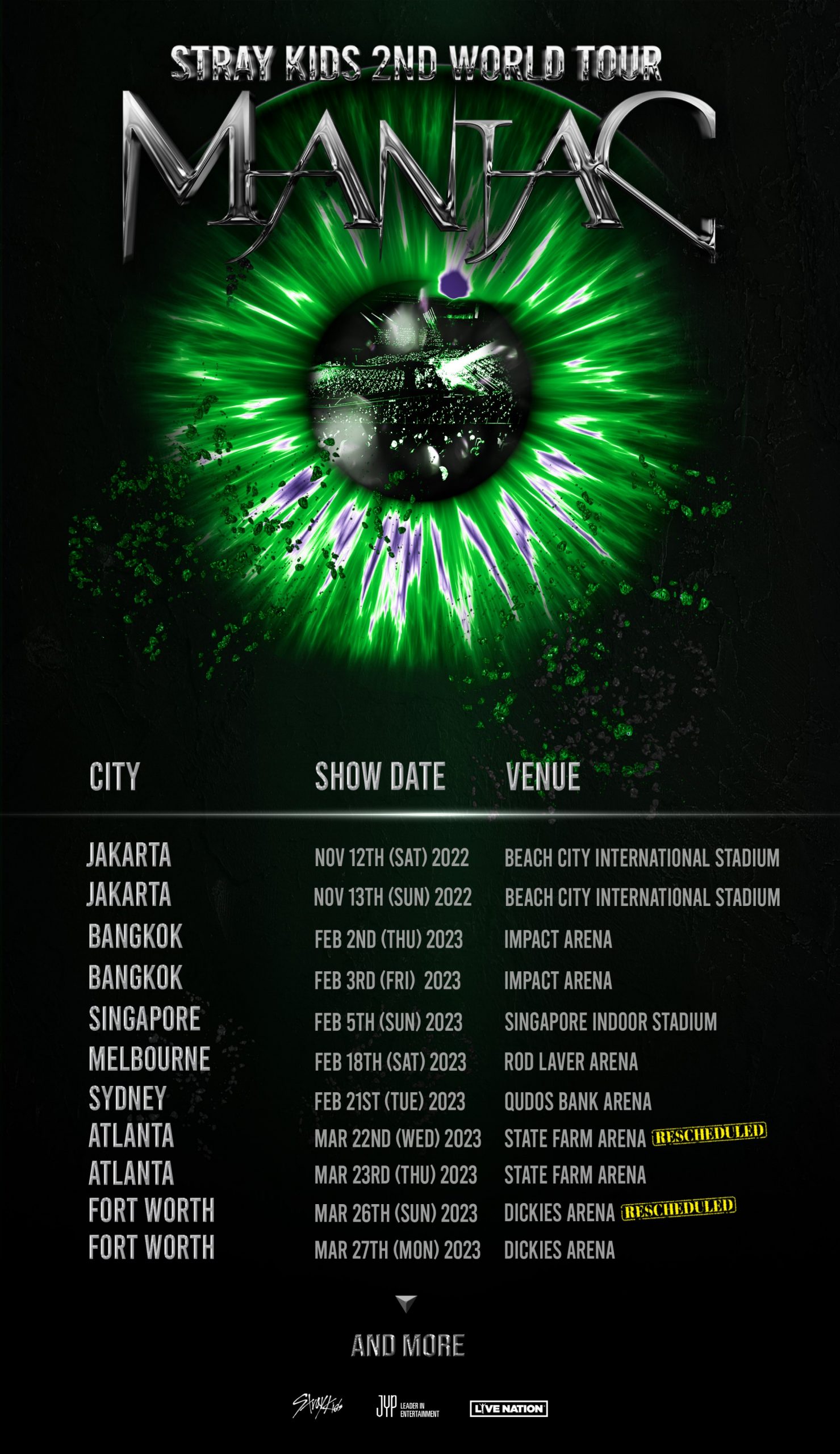 Stray Kids is heading abroad on a world tour!

After kicking things off with two nights of concerts in Seoul on April 30 and May 1, Stray Kids will head to Japan, where they will perform in Kobe from June 11 to 12 and Tokyo from June 18 to 19. The group will then travel to the United States to perform in Newark on June 29, Chicago on July 1, Atlanta on July 3, Fort Worth on July 6, Los Angeles on July 9, Oakland on July 12, and Seattle on July 14—before returning to Japan for two nights of concerts in Tokyo on July 26 and 27.

However, fans outside Japan and the United States need not be discouraged: according to Stray Kids, the group will soon reveal more dates and cities for the upcoming tour. 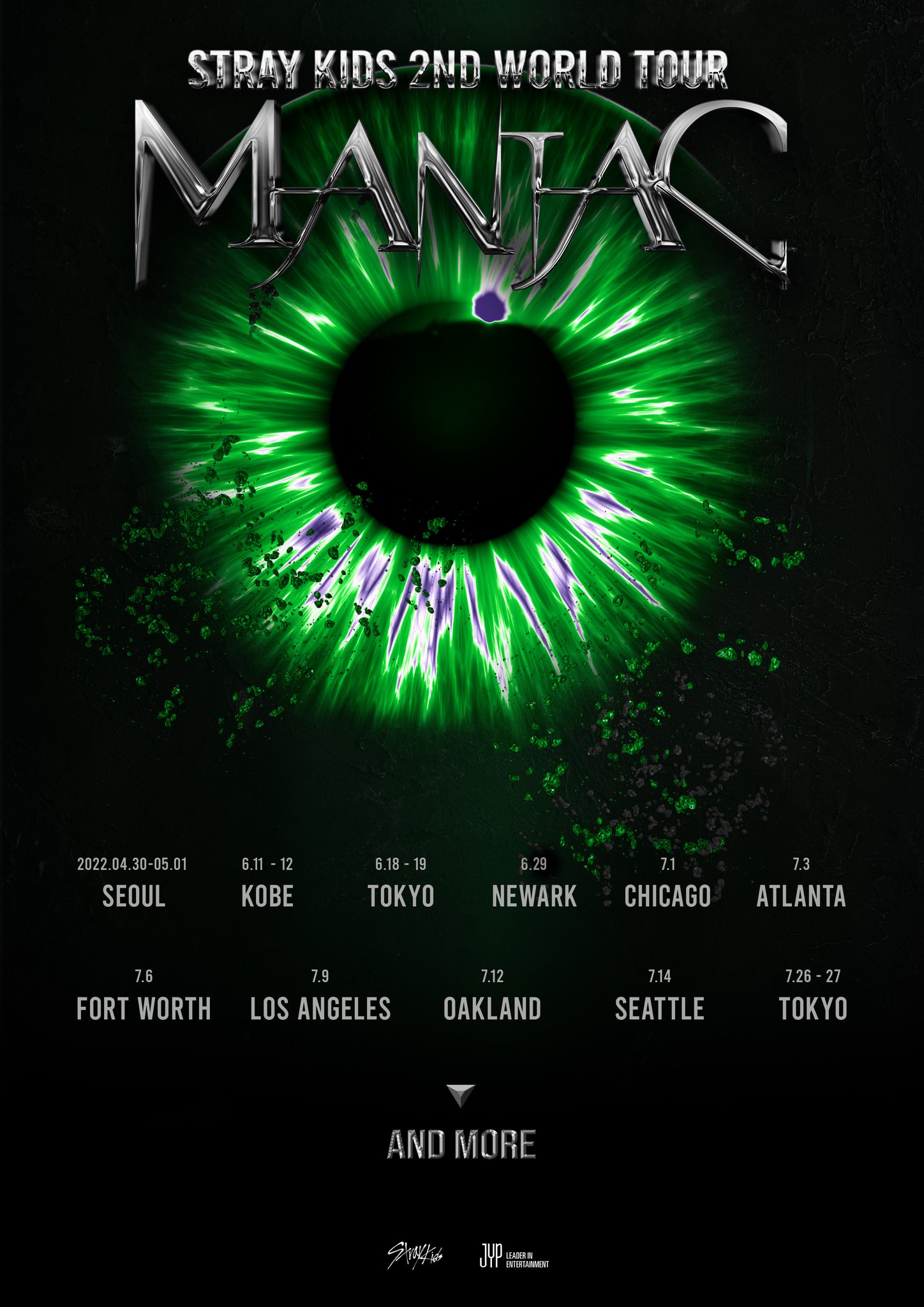 Meanwhile, Stray Kids is currently gearing up for their highly-anticipated comeback with their new album “ODDINARY.” Check out their latest teasers here!