New stills of Chae Jung An’s character in “The King of Pigs” have been released!

Kim Dong Wook will play the role of Hwang Kyung Min who lives with the trauma of the school violence he experienced 20 years ago. Kim Sung Kyu will take on the role of detective Jung Jong Suk who traces the mysterious message sent by the friend from 20 years ago. Chae Jung An will play the charismatic detective Kang Jin Ah, a tenacious woman of principle who will stop at nothing to solve a case.

Kang Jin Ah’s sense of justice and principled personality shine through at the scene of a crime. Not only does she meticulously investigate, but she also tenaciously refuses to pass over a single clue, showing why she is a well-known violent crimes detective. Additionally, her character will become closely entangled with Hwang Kyung Min and Jung Jong Suk, especially as she chases after a case following her reunion with her junior colleague Jung Jong Suk. Kang Jin Ah’s strong-willed personality will give her character a sense of vitality and strength.

The newly released photos capture Kang Jin Ah’s drive to seek justice and the truth. In the first still, her eyes look sharply upon the crime scene as she searches for clues. She shines a flashlight in front of her, throughly investigating the scene next to the car. 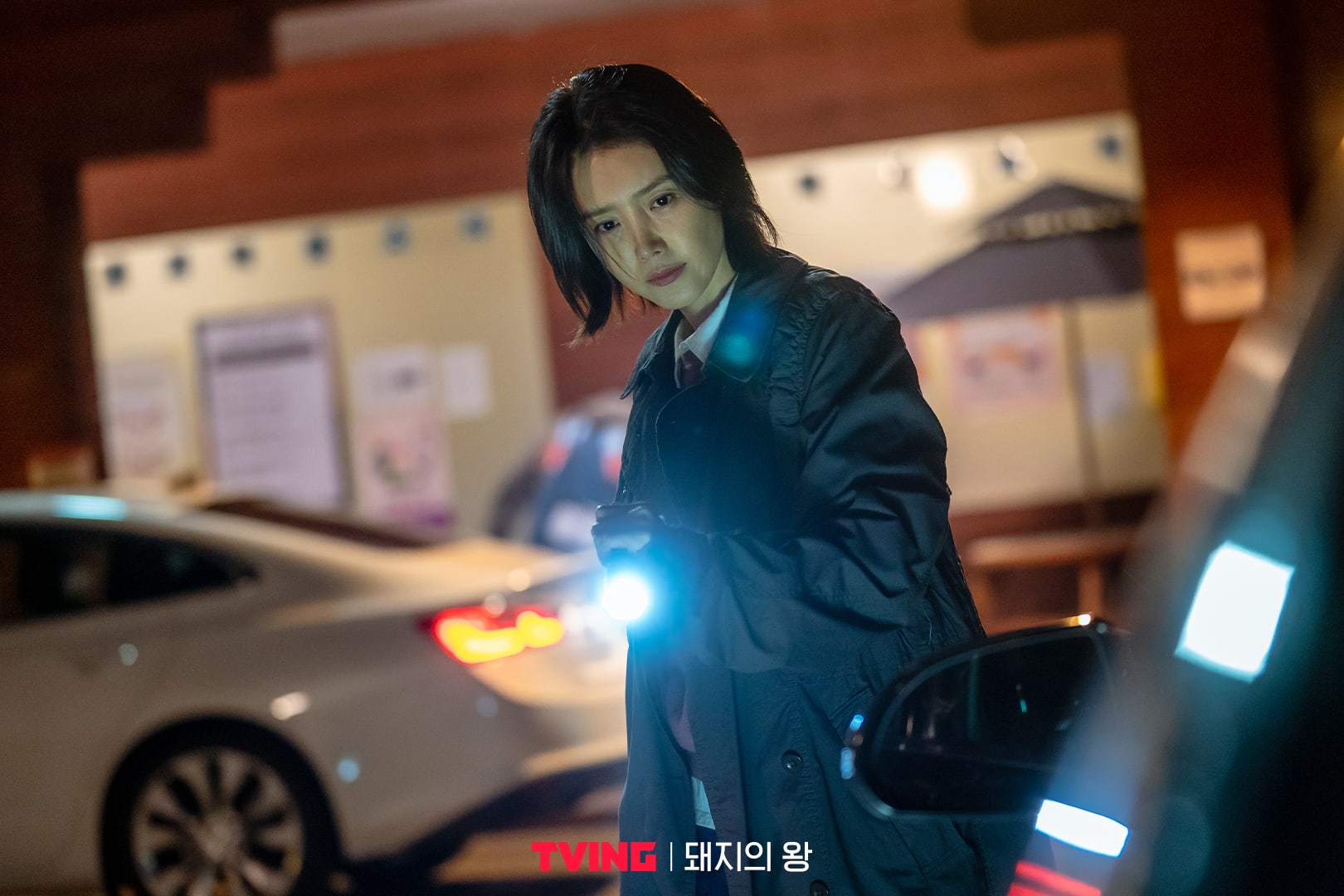 The second image shows her in a more relaxed state talking to someone at an office. She looks friendly and approachable as she talks calmly to the man in front of her. 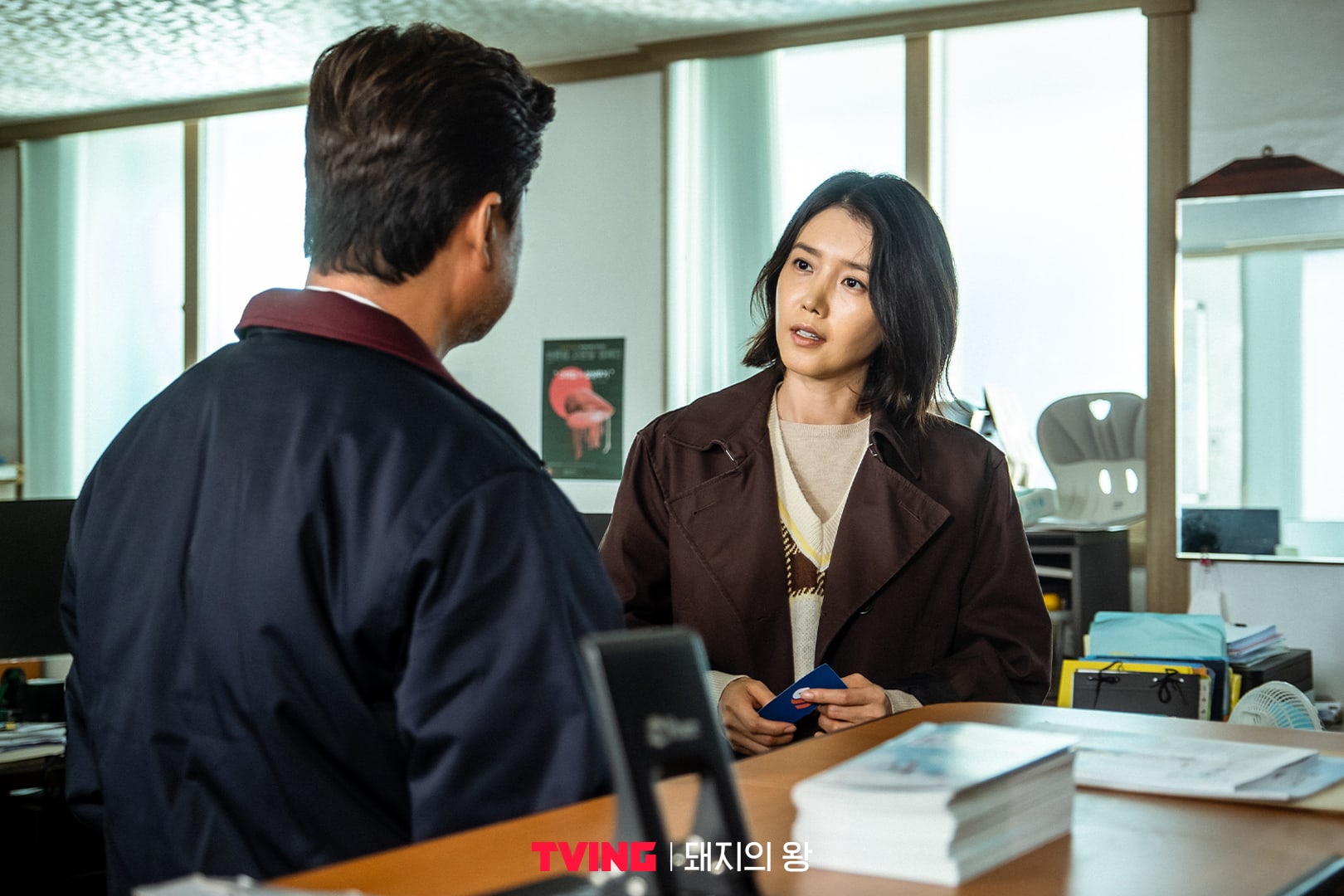 The last still shows Kang Jin Ah holding a gun in a defensive position and aiming it in front of her. The fierce look in her eyes shows she’s not afraid of the source of the threat. The incident that will cause her to pull out her gun raises anticipation for the upcoming show. 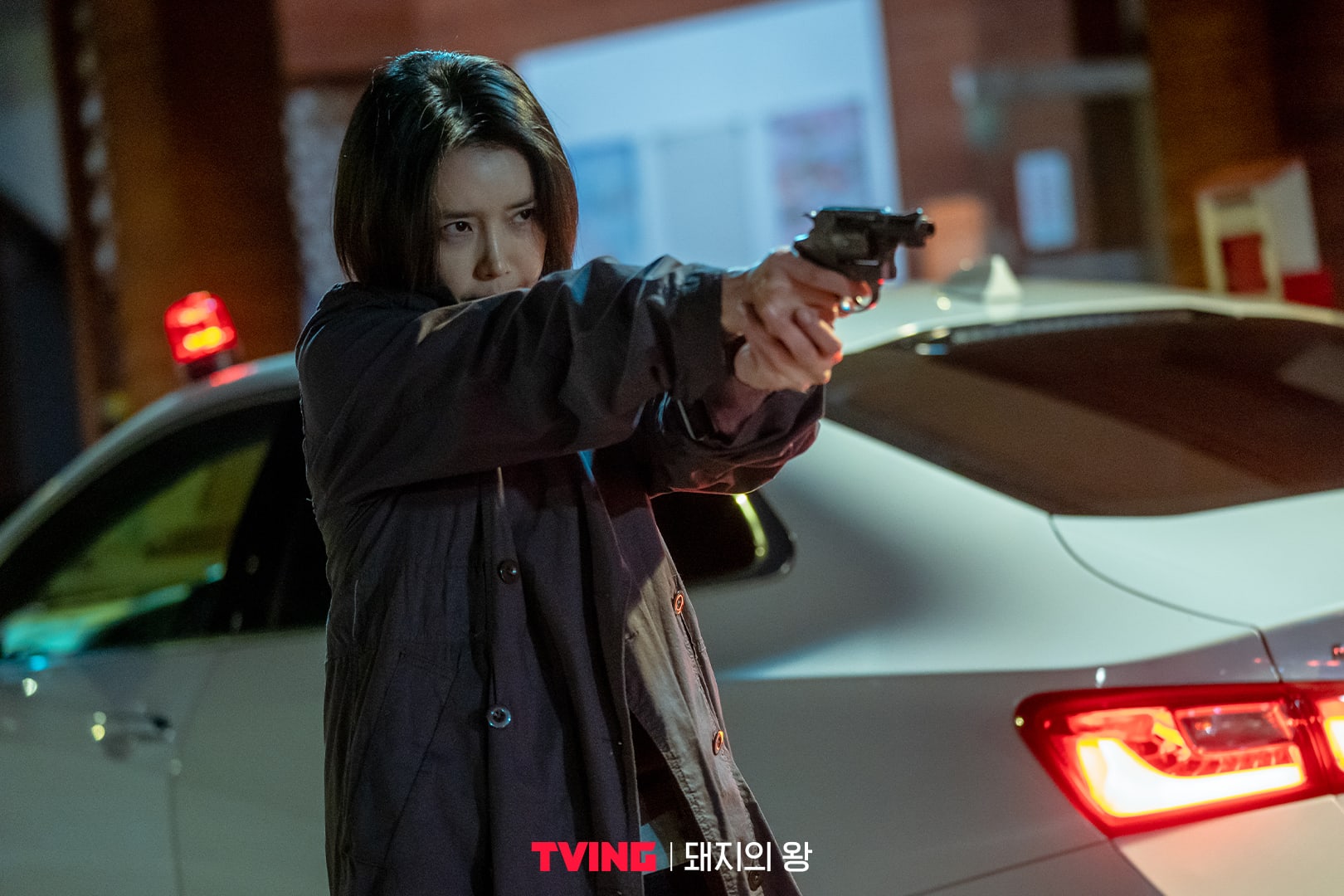 When discussing Chae Jung An’s character, producing director (PD) Kim Kyung Kyu said, “The character of Kang Jin Ah played by Chae Jung An is not in the original work, but I think she will make the show more diverse by showing her chemistry with Jung Jong Suk. I hope viewers really look forward to Kang Jin Ah’s performance.”

“The King of Pigs” will premiere on March 18 via TVING. Check out a teaser here!

While waiting, check out Chae Jung An in “Monthly Magazine Home“:

chae jung an
the king of pigs
How does this article make you feel?