New posters for the upcoming horror drama “Monstrous” (literal title) have been released!

Shin Hyun Been stars as the genius pattern cryptanalyst Lee Soo Jin who ends up having to face a terrible disaster. After losing her only daughter, Lee Soo Jin puts down everything to return to Jinyang County where she begins to experience inexplicable events. The chemistry and strong acting skills of the two actors are points to anticipate in the drama.

The two posters show Jung Ki Hoon and Lee Soo Jin looking glass-eyed with pieces of cloth each covering one of their eyes. The shape of a Buddha statue is reflected in their deep dark eyes, and they are drawn to an irresistible and mysterious force, creating chilling vibes. The bright glints in their pupils catch viewers’ attention and raise questions about who or what is luring them. The worn-out pieces of fabric with mysterious faded letters written in an unknown language also raise questions about the eerie force tempting them. On the side of the posters, the words read, “Those who see the eyes will be trapped in hell,” leaving a frightening impression. 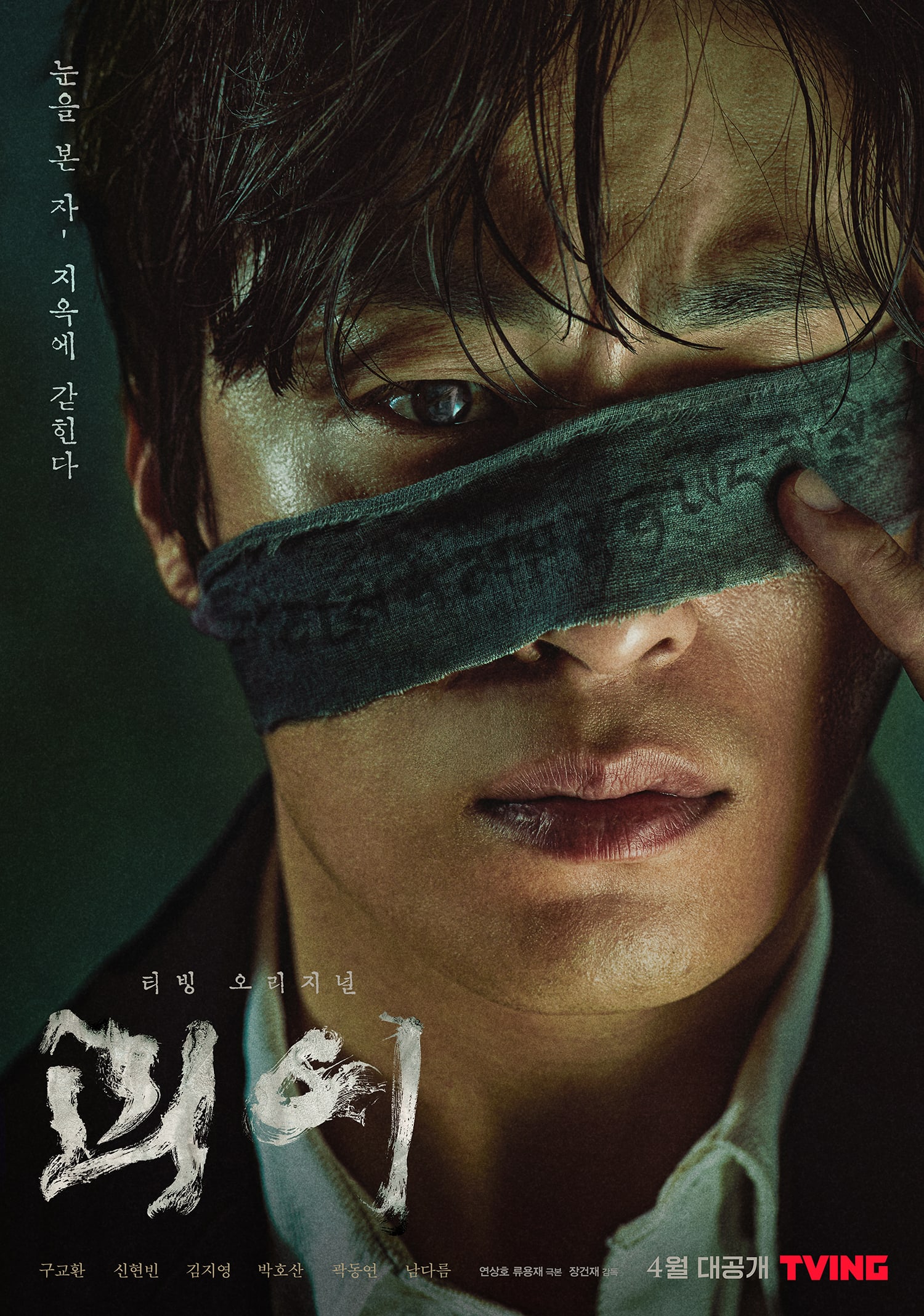 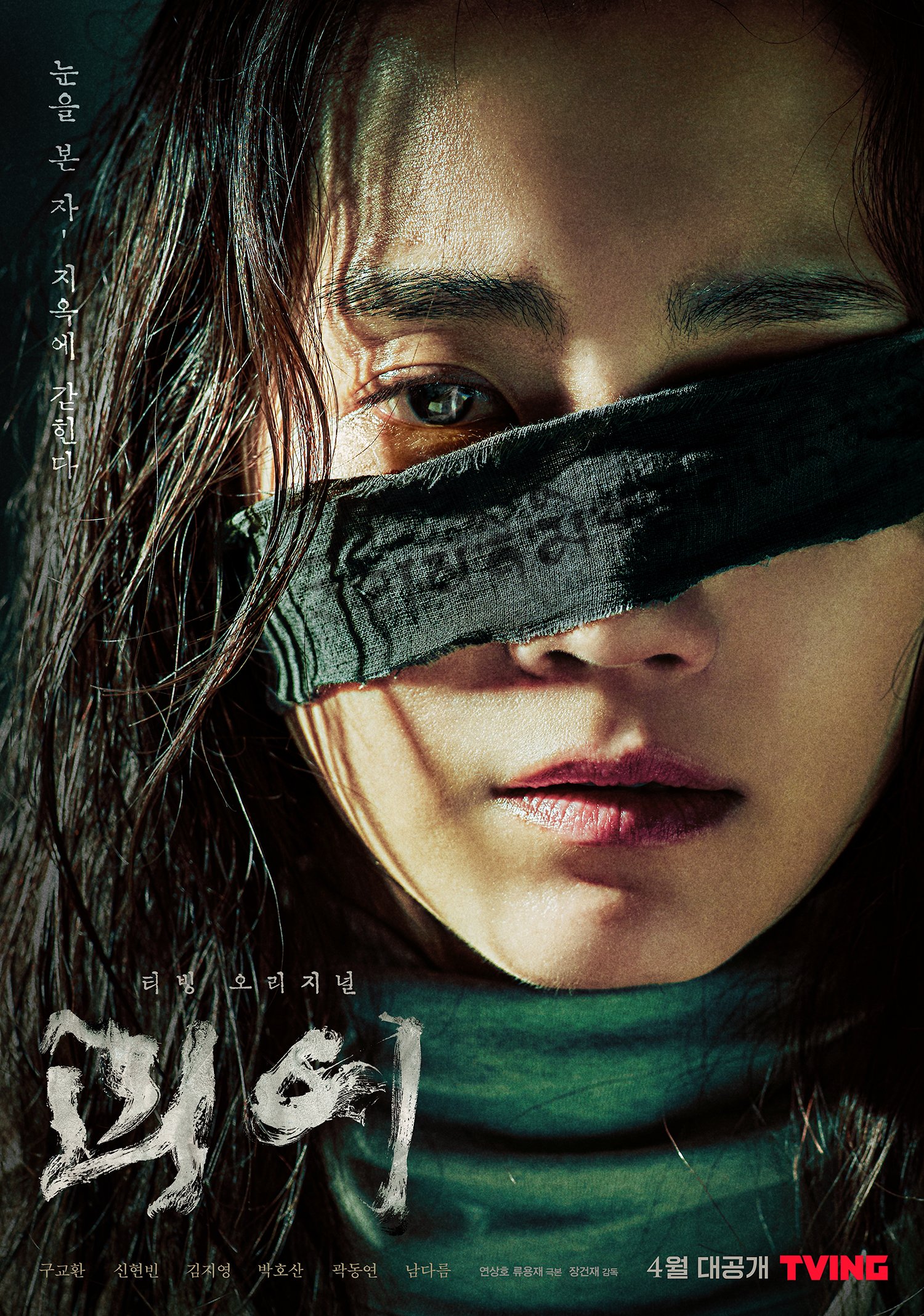 The production team stated, “The detailed acting of Goo Kyo Hwan and Shin Hyun Been add strength to the original world created by writer Yeon Sang Ho. Viewers can look forward to the new world of supernatural thrillers that the cast and crew will complete.”

“Monstrous” will be released via TVING in April.

While waiting, check out Shin Hyun Been in “Beasts Clawing at Straws“:

Goo Kyo Hwan
Shin Hyun Been
How does this article make you feel?