KBS has released a special poster for “Crazy Love”!

“Crazy Love” is the sweet, savage, and chaotic love story between a rude but skilled instructor who receives a death threat and his secretary who is diagnosed with a terminal illness.

Kim Jae Wook stars as Noh Go Jin, a narcissistic man who is the CEO of the education company GOTOP and the top math instructor in the country. f(x)s Krystal stars as Lee Shin Ah, Noh Go Jin’s secretary, who does not have much of a presence. Ha Jun takes the role of Oh Sae Gi, the handsome vice president of GOTOP who has the ability to coax Noh Go Jin and comfort the employees who have been hurt by the CEO.

The special poster features the trio in a heated argument. As Noh Go Jin and Lee Shin Ah angrily grab onto one another with fiery gazes, Oh Sae Gi desperately tries to break them apart. Behind them, the text reads, “A crazy romance where only I die and can’t live?” 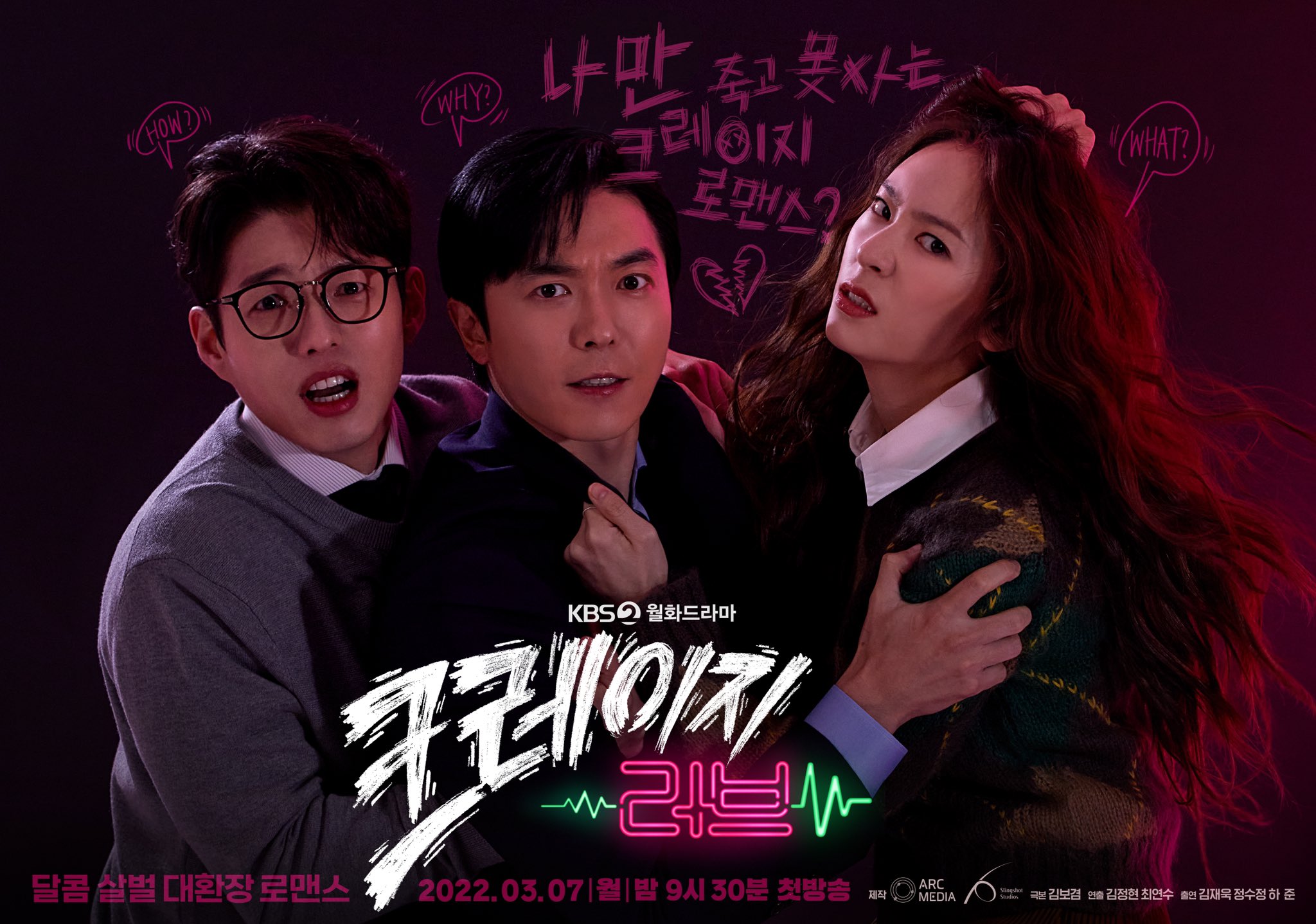 The main story of “Crazy Love” is the chaos and competition that unravels between Noh Go Jin, who is crazy about money, and Lee Shin Ah, who is crazy about revenge. Regarding the drama, director Kim Jung Hyun commented, “Exactly like the title, this is an unpredictable story about ‘crazy’ people who have ‘crazily’ fallen in love. The target of this ‘crazy love’ can become money, dreams, unrequited love, and revenge.”

The production team added, “Actors Kim Jae Wook and Jung Soo Jung [Krystal] immersed into realistically getting at each other’s throats, while Ha Jun also had to put a lot of work into stopping them. This was an enjoyable shoot where they would brutally immerse like this, but once the camera shutter stopped, they would burst into laughter and fix up each other’s clothes. This heartwarming chemistry transforms into crazy chemistry in the project and interesting plot progression will follow.”

“Crazy Love” premiered on March 7 at 9:30 p.m. KST and will continue to air every Monday and Tuesday.

Check out Ha Jun in “Times” below!