“Military Prosecutor Doberman” is back after a week’s hiatus. Some of the breakneck momentum of the initial episodes seems to have dissipated as our corruption-fighting duo settles into a rhythm. But there’s no getting comfortable just yet. Enemies abound at every corner, and our titular male lead’s past is just about to catch up to him.

Rather than specific moments, the dialogue really shone this week as grandiose events and schemes took a backseat to good old-fashioned verbal sparring. Here are our favorite lines from this week’s episodes!

1. “A true hunting hound lets none but its owner touch it.”

Distance has evidently made the hearts of Do Bae Man (Ahn Bo Hyun) and Cha Woo In (Jo Bo Ah) fonder. The two skate around their obvious attraction, but there are times when it whispers through, like when Woo In calls Bae Man to the military courtroom after their most recent target is found dead. While ruefully noting that they failed this particular skirmish, Bae Man and Woo In debate on the ferocity of a hunting dog in a loaded conversation.

Bae Man believes that a hunting dog is so fierce that even his owner can’t fully control it, seemingly alluding to himself as an untamable weapon. It seems to be his worldview, given that that’s what he was to Yong Moon Goo (Kim Young Min) – someone who was to be used, but nevertheless remained unpredictable. But this isn’t the type of partnership Woo In has in mind. She corrects that, on the contrary, only she can touch this hunting dog. Now if only they’d stop making eyes at each other and give us something more. We’re over halfway through the show! How can it not know what we want? 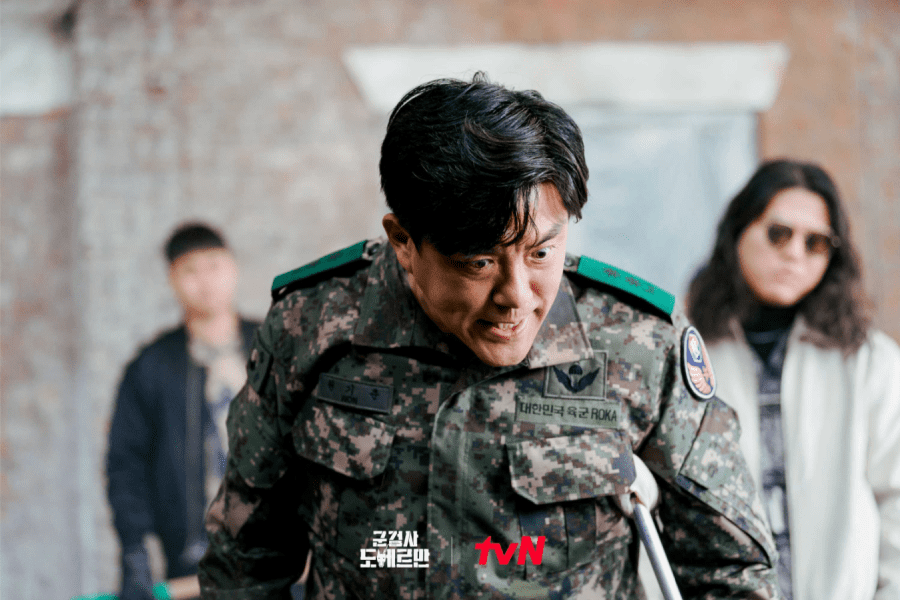 These lines coming from any other character’s mouth would be mildly seductive, but when it’s Won Ki Choon (Im Chul Hyung) saying them to Hwa Young, well, those are famous last words. After Bae Man and Woo In succeed in revealing that his Mine Hero legend had been faked, Won Ki Choon bursts into Hwa Young’s office to yell that he has dirt on her, and that he won’t go down alone if she cuts him loose. Naturally, that only gives her further impetus to cut him loose. Next thing we know, Won Ki Choon’s found dead in his home of an apparently self-inflicted gun shot. And Hwa Young was conveniently home alone that night. Riiight. 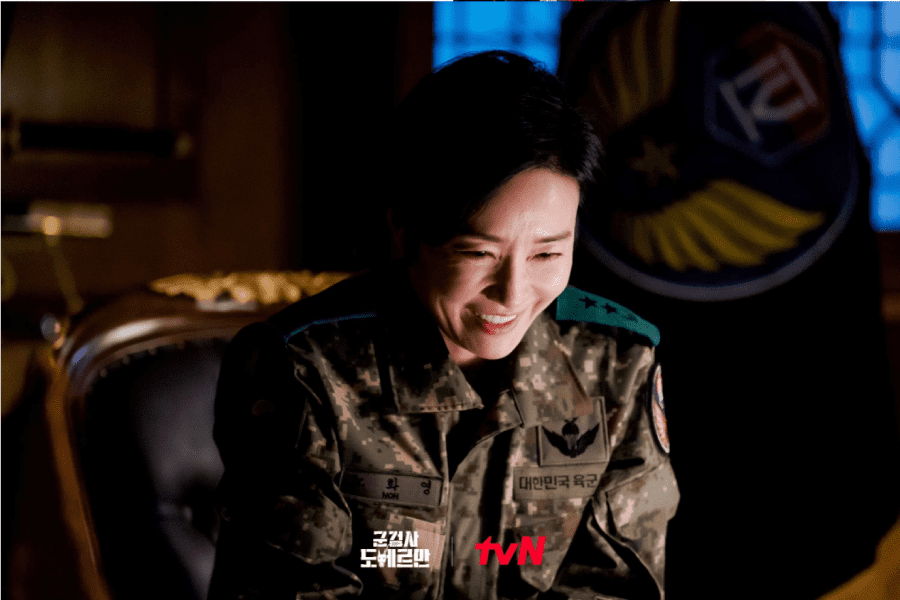 You’d think at this point that Won Ki Choon would know better than to antagonize a woman who has shown herself utterly ruthless, to the point of amputating his leg. But alas, he remained a fool to the end, and followed his leg a week later into the afterlife.

3. “The weight of an encounter differs between people.” 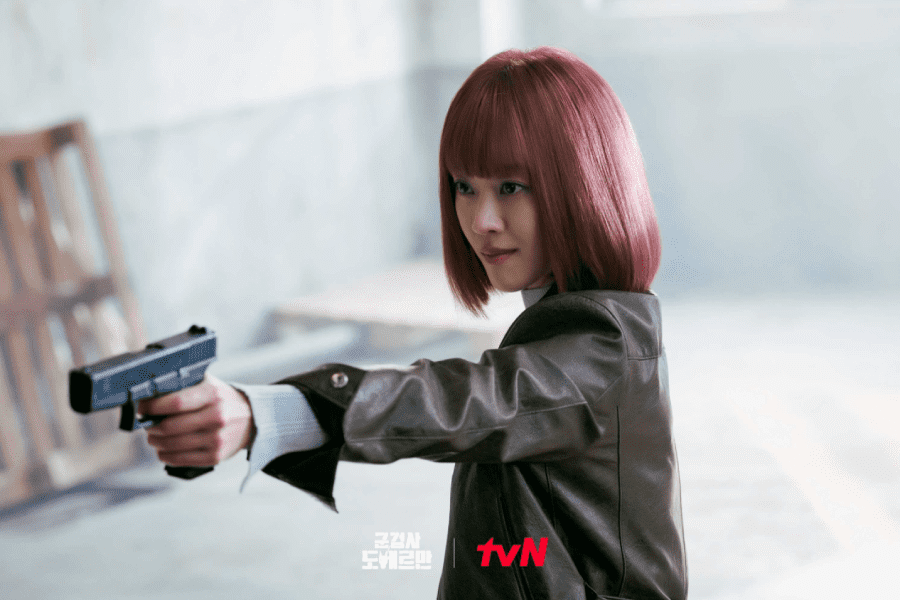 Memory, and the weight people give it, is at the heart of many characters’ decisions in this show. Woo In fights for revenge because of her memory of what was done to her father and to her in that final car crash. Bae Man changes sides only because he finally remembers what happened the day of his parents’ car accident. On the other hand, Hwa Young, Wong Moon Goo, Won Ki Choon, and the others in the villain squad don’t bother remembering their victims. As such, they’re doomed to fall prey to them, because as they cavort and scheme away, their victims are planning revenge. And one can never fully predict what form that’ll take. This week, Bae Man learns this the hard way. 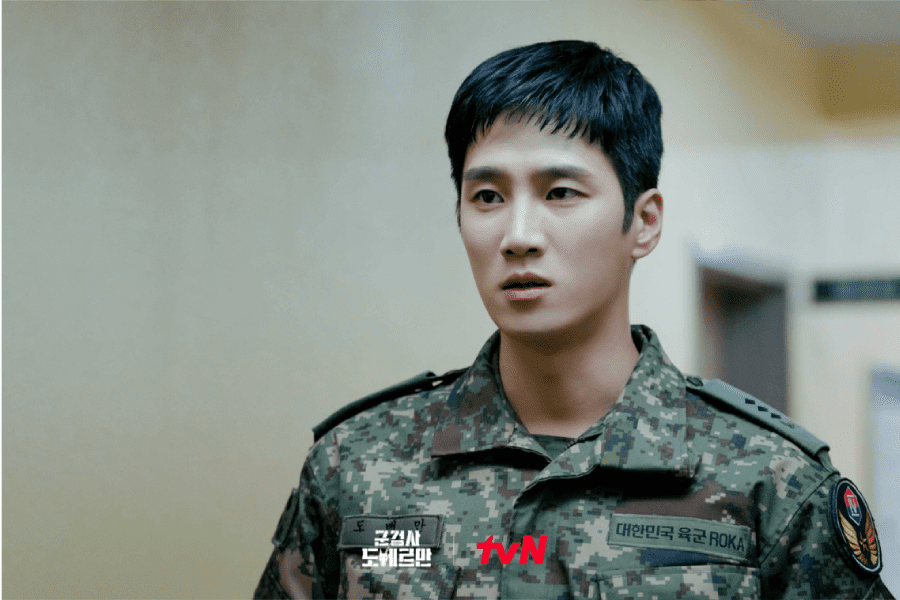 We briefly go back a year to see Kang Ha Joon (Kang Young Seok) and Woo In watching Bae Man collude with Yong Moon Goo on a trial. It’s a nasty bit of business where Bae Man is supposed to be representing a victim of bullying. However, he actually ensures that the commanding officer who harassed the victim goes off free. The victim’s friend Shin Min Cheol (Oh Kyung Joo) seethes as Bae Man walks away chuckling.

Cut to present where the same Shin Min Cheol is now going through exactly what his friend did under Hong Moo Seob (Park Yoon Hee) – a general who was formerly a military prosecutor, and who is Woo In and Bae Man’s next target. When Bae Man earnestly offers to help him, Min Cheol refuses and scathingly asks if Bae Man even remembers him. Bae Man doesn’t, proving that he really was part of the villain squad back then. But Min Cheol never forgot the man who ruined his friend’s life and took his only hope from him. And now, he too can take Bae Man’s hope from him. The weight of that encounter has come fully circle to bite Bae Man where it hurts. 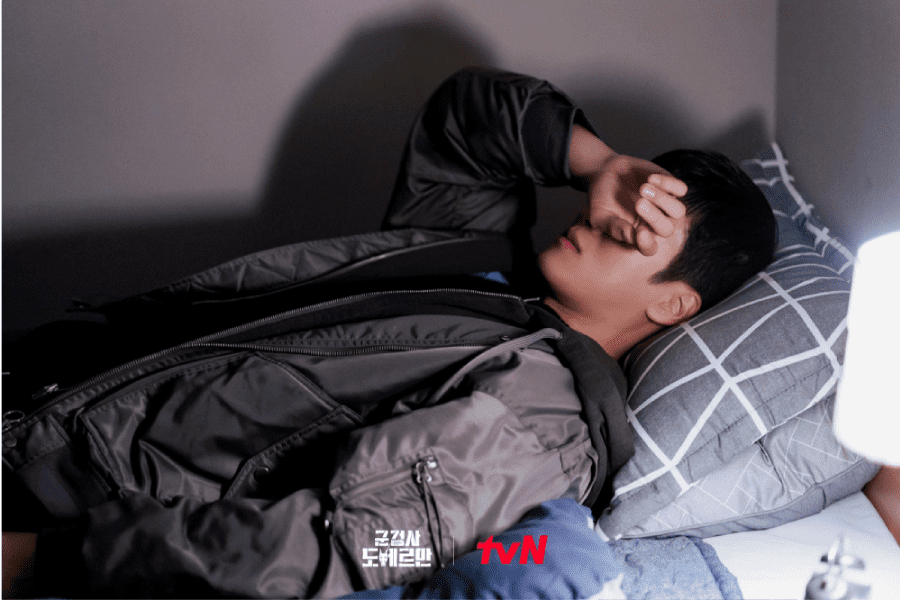 It’s strange how two simple words can change so much. Bae Man always knew he wasn’t a good guy, but this sealed it for him. When Shin Min Cheol roars that his friend died after Bae Man refused him justice, Bae Man has the sudden realization that he’s one of the bad guys. For the past few episodes, he’s been touting justice so much that it’s evident he started to believe in it. But it all comes crashing down once he sees that he’s no better than the people he’s hunting. Someone is dead directly because of him. Moreover, the senior officer who escaped sanctions went on to abuse many more people, creating more victims because of Bae Man. It’s two words. But it’s enough to send Bae Man into a downward spiral.

5. “But the past can sometimes become an answer with which you can change the future.”

A year ago, as Woo In and Ha Joon watched Bae Man rig the trial of Shin Min Cheol’s friend, Ha Joon worried that Bae Man’s past would detrimentally affect his future and that Woo In could also end up caught in Bae Man’s mess. We don’t see Woo In’s response until much later, when she finds Bae Man trying to drink himself to unconsciousness. Upon learning that the victim of that long-ago trial died, she also looks devastated. Bae Man asks her why she didn’t stop him sooner, and she says it’s because she had to become a military prosecutor first, so she could get justice. Both sit, heavy with the realization that they could have stopped this at any point. Woo In could have confronted Bae Man earlier, preventing more potential victims. Yet, she didn’t, because she didn’t want to jeopardize her own future. Granted, she has a minuscule share of the blame, especially as Bae Man wouldn’t even have believed her. Still, there is a sliver with a name on it, because the only justice she’s cared about for so long has been her own. Woo In isn’t about to pretend they aren’t wrong here, but her atonement and her answer to him is to reveal it all. The past could detrimentally affect the future as Ha Joon said, but Woo In’s belief is different: the past holds the answer to the future. And that answer is only as good or bad as the person makes it.

We’re only three weeks away from the end, and it still feels like we’ve much to cover. By focusing on a group of people as opposed to a single villain, this show won’t be running out of material or schemes any time soon. However, it does feel at times like it’s spread itself too thin. Noh Tae Nam’s (Kim Woo Seok) storyline has been all but sidelined to a scene or two per episode. We still have three or four members of the Patriotic Society to work through, excluding Hwa Young and Yong Moon Goo. This week in particular, it felt like our duo’s plans were ridiculously simple (a press conference to reveal the truth? Really?). Plus we still know so little of Hwa Young’s motivations! We’ve seen more of Tae Nam’s backstory than hers; she’s criminally underdeveloped. Here’s hoping next week brings back that breakneck speed of the earlier episodes, as well as something romantic. We can’t let all that tension go to waste!