The conflict between Koo Ja Sung and Jung Min Kyu will worsen in the upcoming episode of “Sponsor”!

“Sponsor” is a romance drama about the dangerous relationships between two men and two women who will stop at nothing to get what they want – and who even go looking for “sponsors” to help them achieve their desires.

Previously, Han Chae Rin started living with Hyun Seung Hoon, but her younger brother Han Yoo Min (played by Jung Min Kyu) showed a hostile attitude towards him. He created thick tension with his words, “It’s not fun sharing my sister’s love anymore.” Nevertheless, Han Chae Rin showed her desire to obtain Hyun Seung Hoon, and she even suggested they get married.

Furthermore, Han Chae Rin comforts her crying brother with a warm embrace, and her expression is filled with pain and sorrow. Previously in episode 4, Han Yoo Min shared that he got rid of someone for Han Chae Rin, giving a hint about the siblings’ dark past. What secret is Han Chae Rin and Han Yoo Min hiding, and will the three characters be able to continue living safely under one roof? 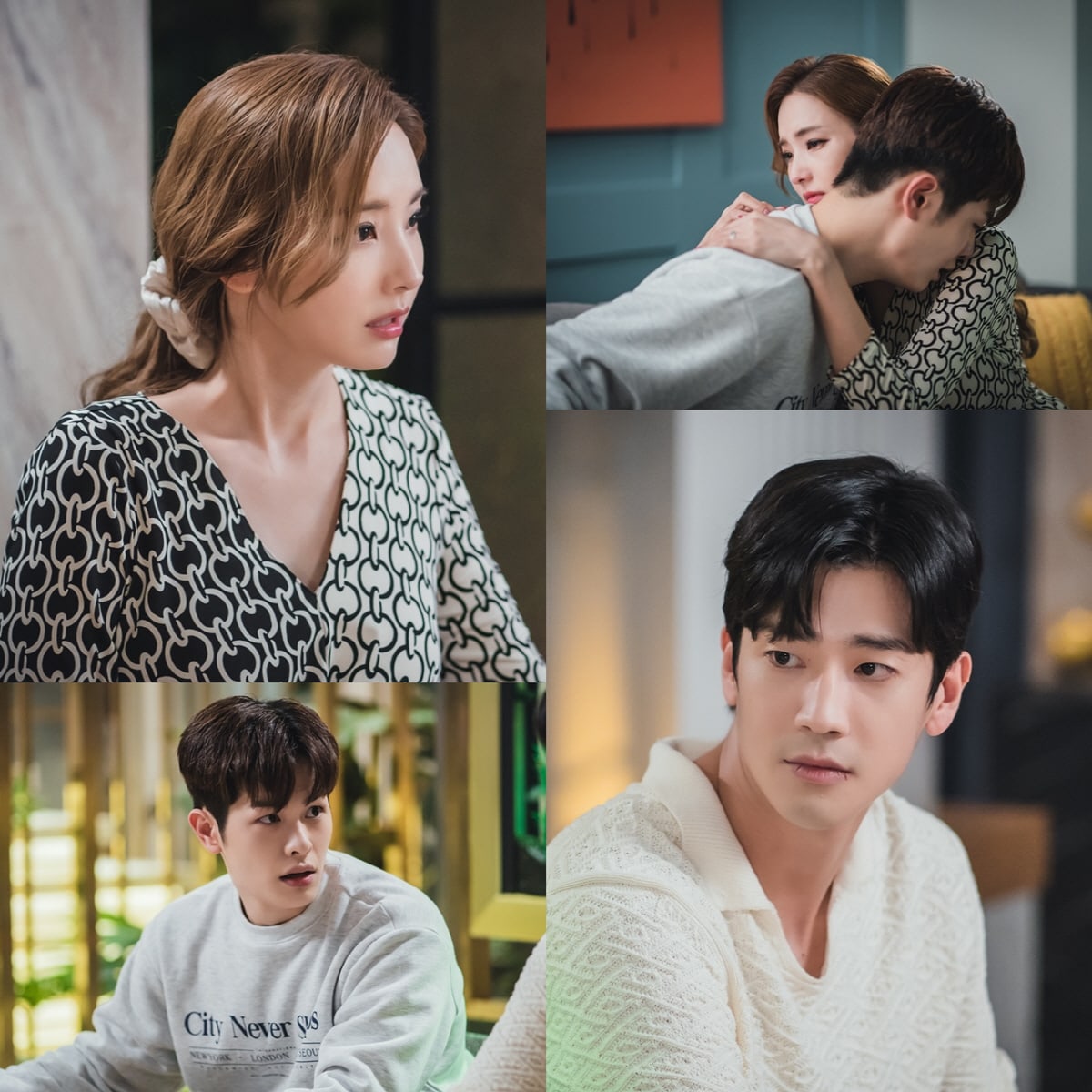 The production team shared, “In this episode, the conflict between the characters will deepen. Also, dark truths that have not yet been revealed will gradually begin to rise to the surface. Please wait and see what kind of future the characters will face.”