Kim Ha Neul will get tangled up in an unpredictable crisis in the second episode of “Kill Heel”!

“Kill Heel” is about the fierce battles and endless ambition and greed of three women in the competitive world of home shopping networks. Kim Ha Neul stars as Woo Hyun, who strives to escape her stagnant life by becoming the top show host for UNI Home Shopping. Lee Hye Young stars as Mo Ran, a woman who climbed from humble beginnings as a clerk to the top as vice president of UNI Home Shopping. Kim Sung Ryung stars as Ok Sun, a show host at UNI Home Shopping who seems to have the perfect life from her famous politician husband and her adorable son.

“Kill Heel,” which premiered at the top of its time slot, was intense from the first episode. The story of the three women who are part of the home shopping world quickly led viewers to a war of desires. Woo Hyun was at the edge of a cliff with nowhere else to go, while Mo Ran showed her crafty and resourceful side as a charismatic career woman. Then there was the seemingly perfect Ok Sun who is hiding a secret. The gap between desire and reality made the viewers immerse into the intriguing plot, and the flawless synergy between the three women amped it up even more.

In newly released stills from the upcoming episode, Woo Hyun encounters a catastrophe. She has been suffering from trauma of her miserable reality she had been trying to deny all this time. In one photo, she puts a hand against the glass wall and barely manages to keep herself from collapsing. The following photo heightens the sense of crisis as her eyes grow wide and face becomes pale during the live broadcast. Woo Hyun is completely frozen as she stares at something, and Joon Bum (played by Jung Eui Jae) and Sung Woo (played by Moon Ji In) are flustered by her abrupt behavior that is disrupting the broadcast. 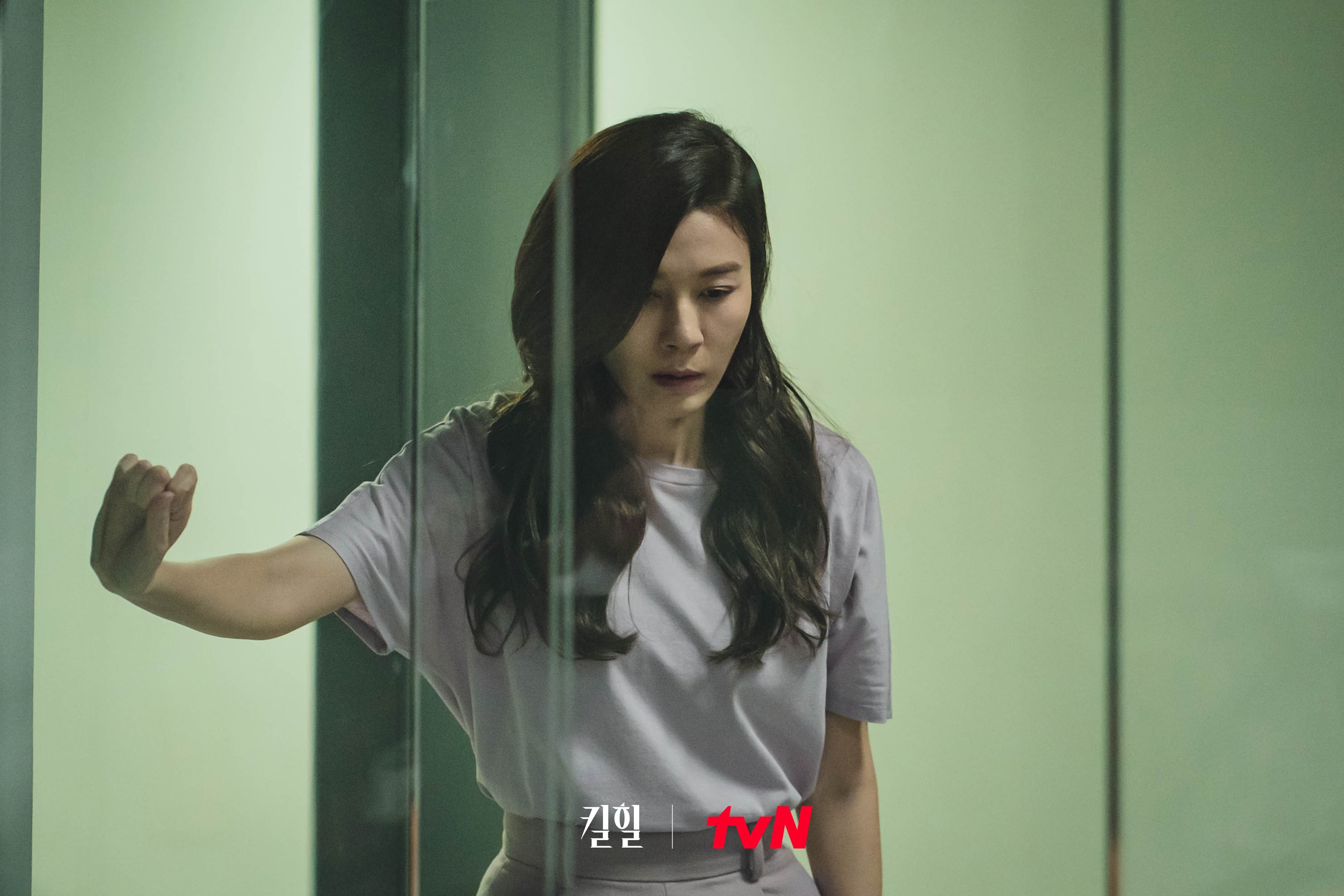 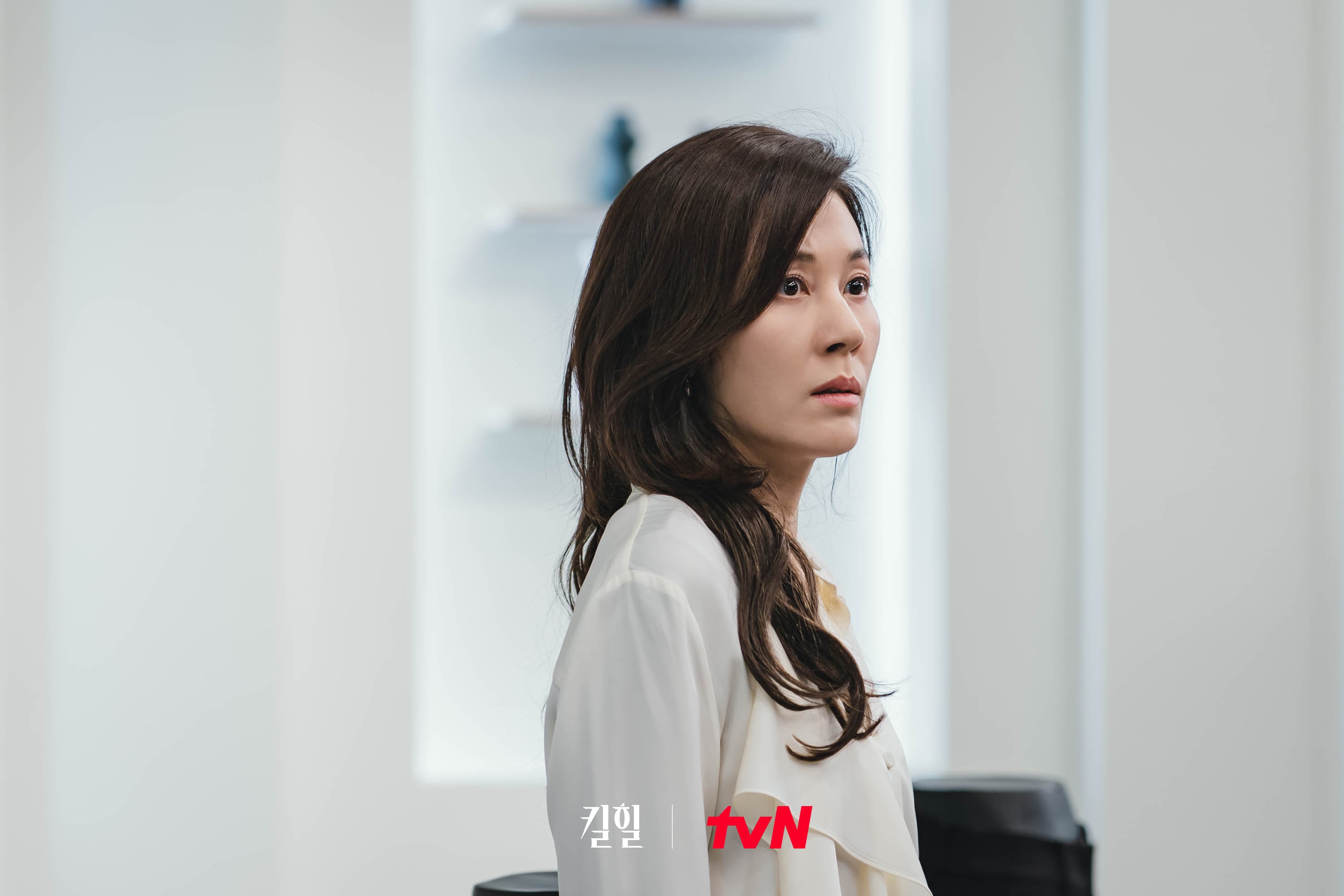 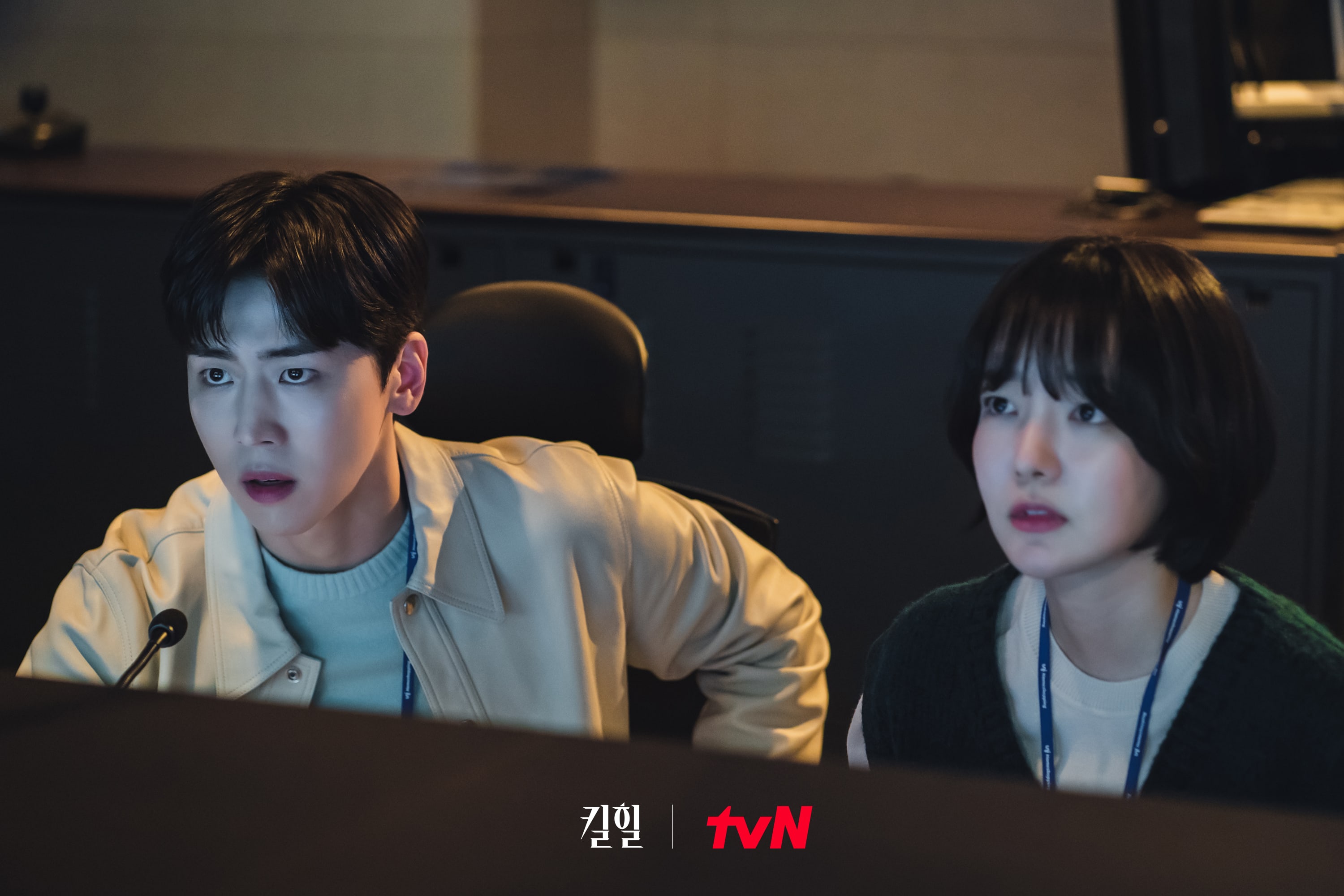 The producers of “Kill Heel” teased, “From the second episode where the characters begin to officially get entangled with each other, a more speedy development will unfold. What happened to Woo Hyun in the past, and what is Mo Ran up to now? There will be thrilling fun as the narratives and secrets are revealed one by one.”

The first episode will soon be available with subtitles on Viki here: