“Again My Life” is a drama about a talented young prosecutor who gets a second chance at justice after failing to bring down a powerful individual. Lee Joon Gi will star as Kim Hee Woo, a passionate prosecutor who was unjustly killed while investigating a corrupt politician, but who unexpectedly gets a second chance at life. Kim Ji Eun will star as Kim Hee Ah, a genius chaebol heiress with firm convictions.

The new poster captures Kim Hee Woo’s fierce determination to take revenge on the evil and corrupt Assemblyman Jo Tae Sub (played by Lee Kyung Young), whom he was investigating when he met his untimely death. However, the battle ahead won’t be an easy one: Jo Tae Sub is a powerful man who even holds the president in the palm of his hand, and as Kim Hee Ah stands beside Kim Hee Woo, she gazes nervously at him with an expression of concern that seems to indicate just how worried she is about his dangerous quest.

Nonetheless, despite the rocky road that lies ahead for Kim Hee Woo, he finds a dependable partner in the intelligent and resolute Kim Hee Ah. After Kim Hee Woo returns to 15 years before his death, the two unlikely allies team up to take down Jo Tae Sub and wage a difficult war against evil.

The poster’s caption reads, “A fated partner met in [his] second life.” 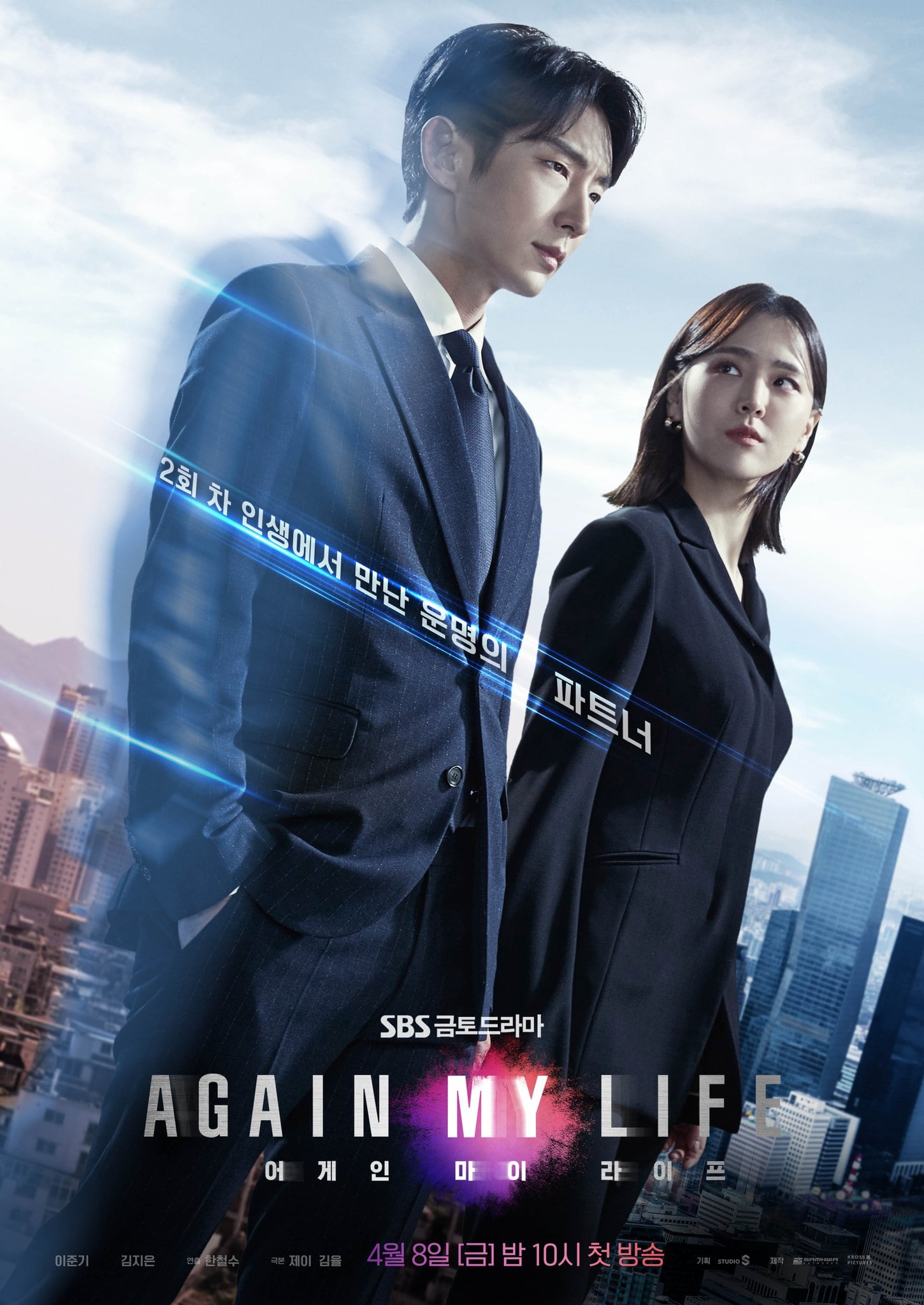 “Again My Life” premieres on April 8, following the conclusion of SBS’s currently airing drama “Through the Darkness,” and will be available with English subtitles on Viki.