JTBC’s “Forecasting Love and Weather” has revealed stills from the upcoming episode!

At first glance, the new stills reveal nothing out of the ordinary. Jin Ha Kyung and Lee Si Woo are in the office, supposedly hard at work, but shooting signals with their eyes as they look across the room at each other. Jin Ha Kyung can’t help but flash Lee Si Woo a coy smile.

However, their enjoyment is short-lived when Kim Soo Jin (Chae Seo Eun) walks into the room and catches the couple in the middle of their furtive attempt at office romance. Although she had previously sensed a strange atmosphere surrounding the pair, this would be her first time witnessing such a public display of affection between them. She holds her clipboard to her chest as she observes them with an amused grin. 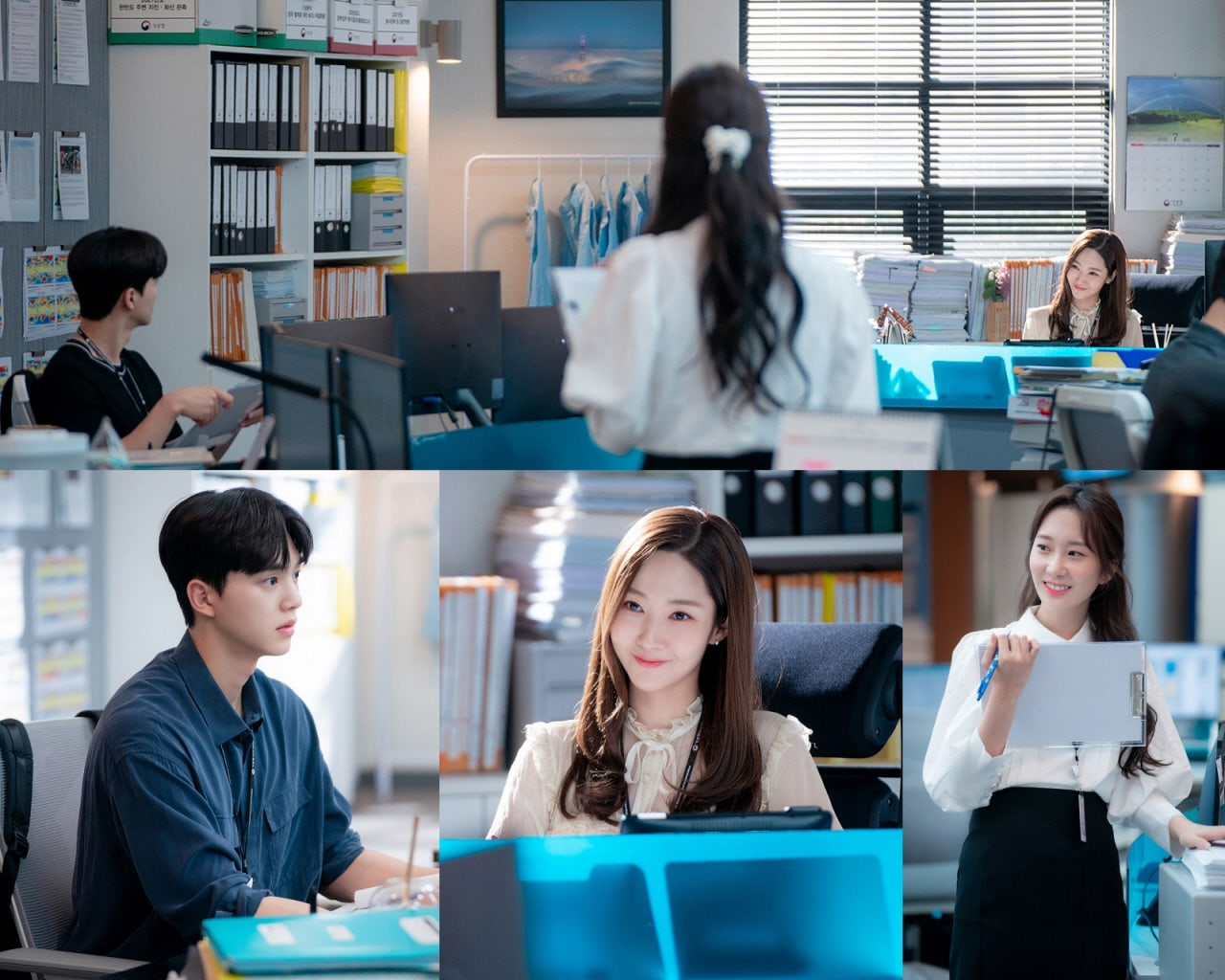 Lee Si Woo and Jin Ha Kyung’s secret office romance could be nearing its end. With Han Ki Joon (Yoon Bak) and now Kim Soo Jin hot on their trail, will they be able to keep their relationship a secret for much longer?

The drama’s producers commented, “Jin Ha Kyung and Lee Si Woo’s sweet secret office romance continues. It’s so sweet that the people around them are beginning to smell something. Look out for how Kim Soo Jin, who is the first in the team to smell something amiss, will react. Also enjoy watching as Jin Ha Kyung and Lee Si Woo’s office romance grows even more electrifying.”

In the meantime, watch Park Min Young in “I’ll Go to You When the Weather is Nice” below: