“Again My Life” is about a prosecutor who gets a second chance at justice after failing to bring down a powerful individual. Lee Joon Gi stars as Kim Hee Woo, a passionate prosecutor who was unjustly killed while investigating a corrupt politician, but who unexpectedly gets a second chance at life. Kim Ji Eun co-stars as Kim Hee Ah, a genius chaebol heiress with firm convictions.

In the new stills, the inner circle show signs of tension as they gather for a meeting, not knowing who in the room is an ally and who has turned into an enemy.

Jo Tae Sub dominates the room with his poker face, hiding his true thoughts and feelings even from his collaborators. He wears the mask of a politician who devotes himself to the nation and its people, but underneath he is an evil man intent on absolute power. With the trust of the people in his hand, he ruthlessly gets rid of anyone who gets in his way.

Doctor K exudes a different kind of threat, more like a ticking time bomb than a politician. He is Jo Tae Sub’s right-hand man when it comes to taking action and has a secretive presence. 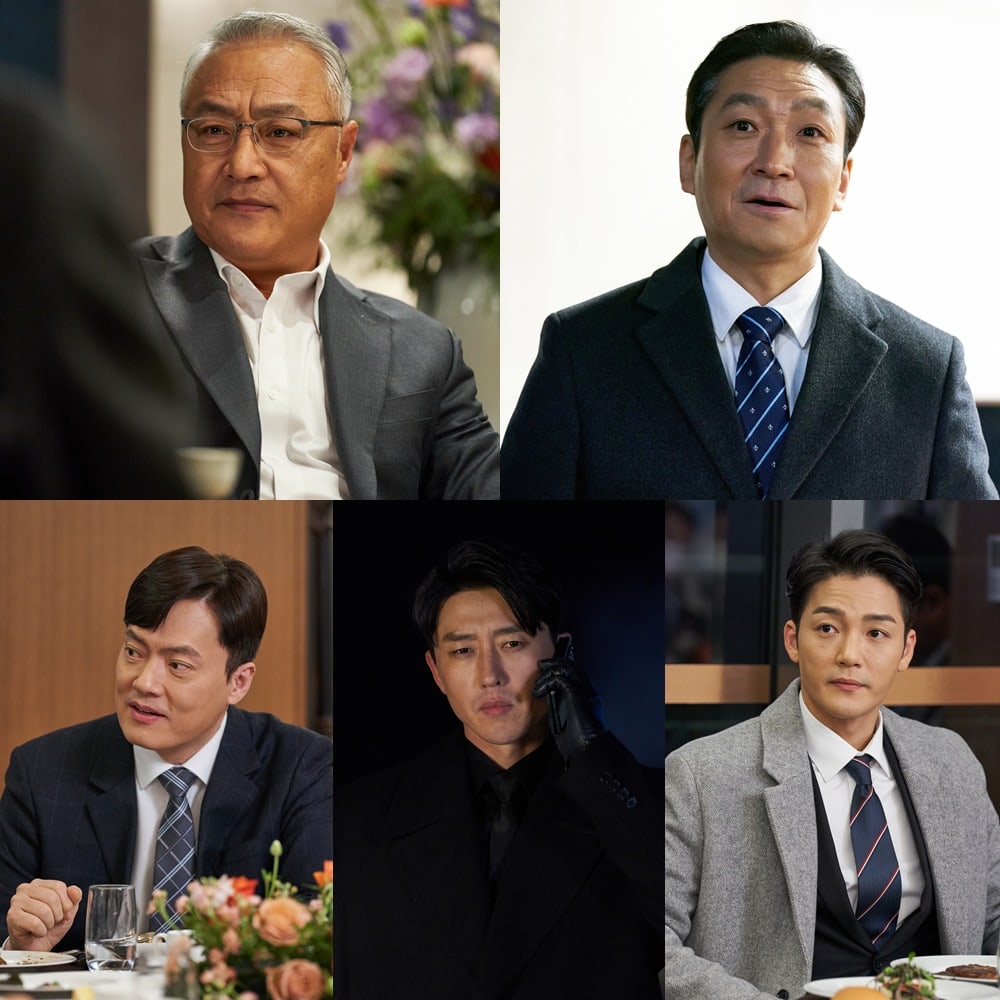 The production staff stated, “The villainous inner circle, who drove Lee Joon Gi’s character to his death, also have an interesting story. You can look forward to the synergy of these five actors. This ensemble of powerful people who control politics, the law, and the media, and the relationships between them, will add tension to the drama.”