Ahn Bo Hyun and Jo Bo Ah will finally be working as a team!

In the previous episode, Do Bae Man realized that Noh Hwa Young (Oh Yeon Soo) was behind the accident that killed his parents. He resolved to be Cha Woo In’s faithful hunting dog, hinting that they will now be partners going after a common target.

The drama’s production team unveiled new stills ahead of tonight’s broadcast. Do Bae Man and Cha Woo In boast perfect appearances in their sharp military uniforms. They exude a strong desire for revenge, and their similar vibes amp up excitement for what kind of teamwork they will depict in the future. 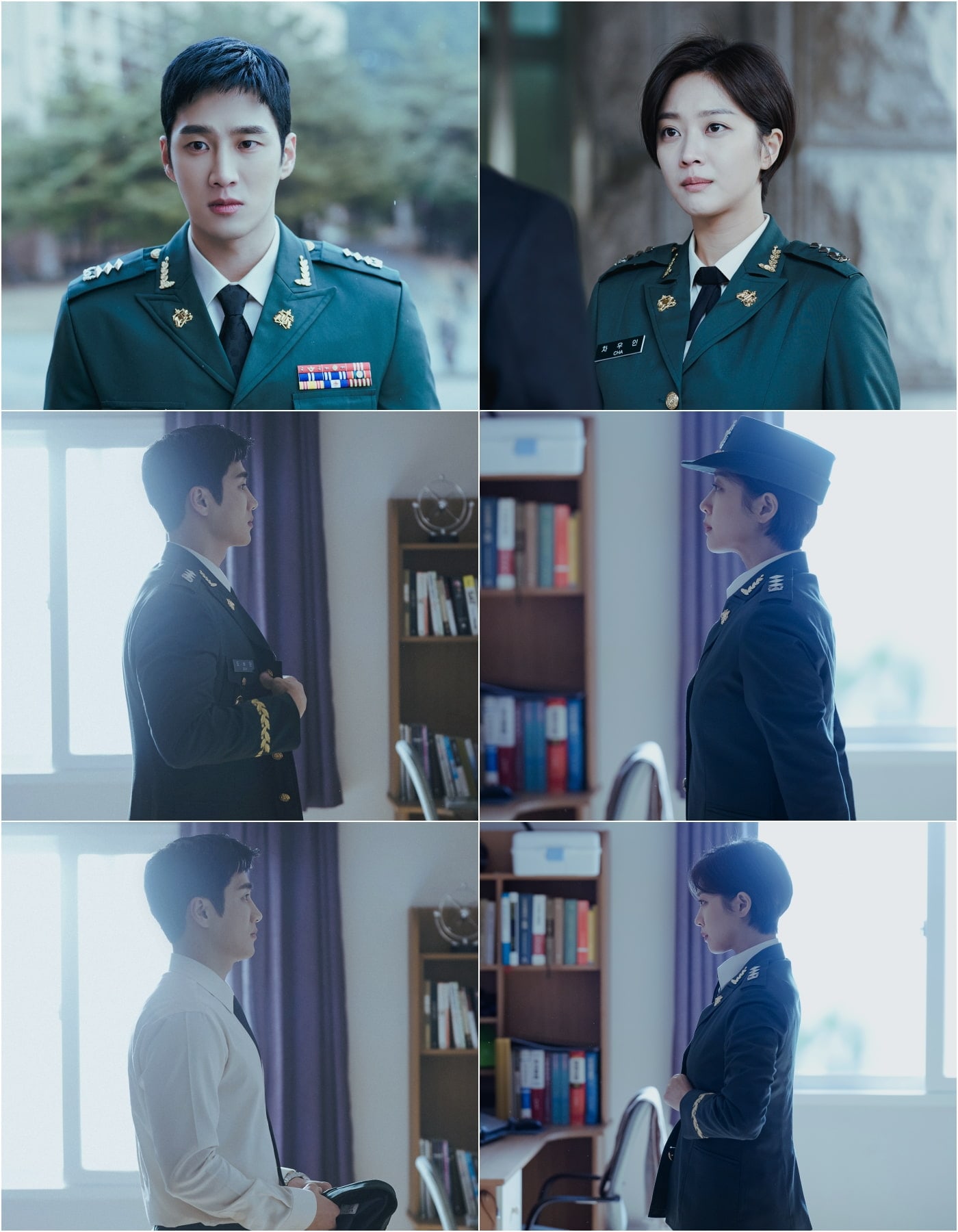 In particular, it will be intriguing to see the rapidly changing relationship between Do Bae Man and Cha Woo In, who haven’t been on the best terms. Do Bae Man was aware that there was definitely something unusual about Cha Woo In, who didn’t flinch when a broken glass was inches away from her face. However, he was always in the palm of Cha Woo In’s hands as she intentionally pushed him into regaining his memories. Viewers can look forward to their fantastic synergy as they try to get revenge against the same enemy.

The production team remarked, “From now on, the real game against the villains will officially begin. Please look forward to the teamwork of Do Bae Man and Cha Woo In to see how they will punish the villains.”

The next episode of “Military Prosecutor Doberman” will air on March 14 at 10:30 p.m. KST.

In the meantime, catch up on previous episodes of the drama below!