Kim Sejeong will face a huge dilemma in the upcoming episode of “A Business Proposal”!

The previous episode ended on a cliffhanger as Kang Tae Mu witnessed Shin Ha Ri going about her double-life. So far, he has been steadily growing feelings for his fake date Shin Geum Hee without knowing that she is actually Shin Ha Ri, one of his company’s employees.

In the next episode, Kang Tae Mu will find out Shin Ha Ri’s real identity. The newly released stills hint that she will have to decide whether she will be Shim Ha Ri or Shin Geum Hee.

In the photos, Shin Ha Ri attends goFood’s founding anniversary as both herself and Kang Tae Mu’s fake lover Shin Geum Hee. As Shin Geum Hee, she needs to play the role of Kang Tae Mu’s date, but at the same time, she also has to show up and get her reward as Shin Ha Ri. She’s in a sticky situation because if she appears as Shin Geum Hee, her fellow co-workers will recognize her. However, if she goes as Shin Ha Ri, Kang Tae Mu and his grandfather Kang Da Goo (Lee Deok Hwa) will know who she is. Viewers can look forward to a hectic day as Shin Ha Ri has to go back and forth between her true self and her alter ego. 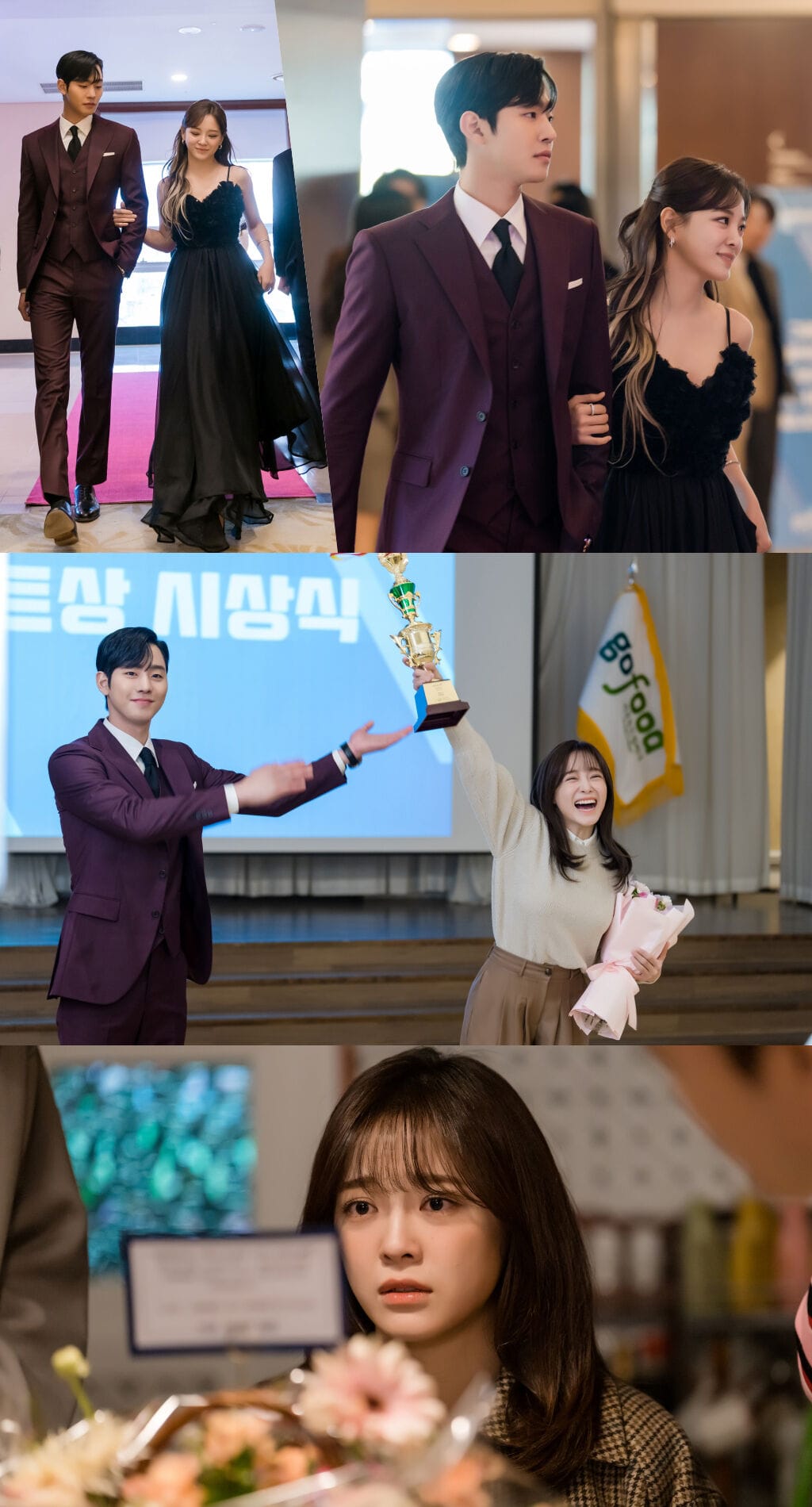 Shin Ha Ri is skillful at adapting to different situations, but Kang Tae Mu’s unexpected call will put her in a tough spot. On top of that, Kang Tae Mu has a flawless and meticulous plan to pay back Shin Ha Ri for her lies. How will Shin Ha Ri overcome this crisis?

In the meantime, check out Ahn Hyo Seop in “Lovers of the Red Sky” below: