On March 14, Jo Bo Ah took to her Instagram story to show off a bouquet of candy that Ahn Bo Hyun gave her. She wrote, “Oh my… [He gave it to me] because it’s White Day today… Prosecutor Do (Ahn Bo Hyun’s character in ‘Military Prosecutor Doberman’) is such a sweet guy.” 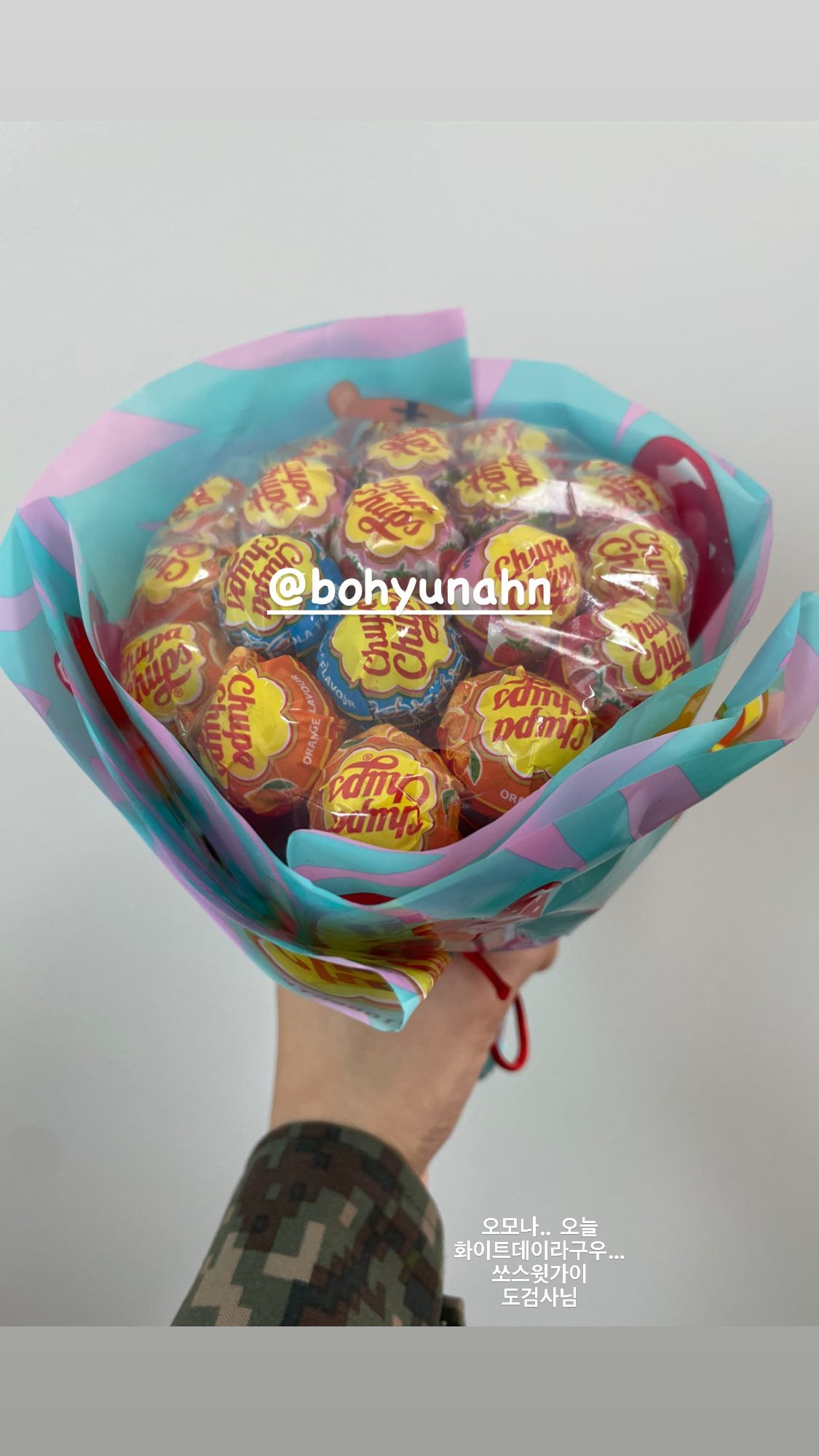