“Green Mothers Club” is a drama about the dangerous relationships between parents at a local elementary school—and the hidden dark side of this seemingly friendly community. Lee Yo Won, Chu Ja Hyun, Jang Hye Jin, Kim Kyu Ri, and Joo Min Kyung will star as five very different mothers who belong to the same parents association at the school.

Lee Yo Won will star in the drama as Lee Eun Pyo, an ordinary housewife with a prestigious education, while Chu Ja Hyun will play Byun Choon Hee, the beautiful queen bee of the neighborhood who lives across the street. Armed with her stunning beauty and her uncanny ability to get hands on insider information, Byun Choon Hee stands proudly at the top of the social ladder among the parents at the elementary school. However, when Lee Eun Pyo moves in to the house opposite hers and joins the Green Mothers Club, a subtle “cold war” begins between the two women.

Kim Kyu Ri will star as Lee Eun Pyo’s former friend and current rival Seo Jin Ha, who lives in a luxurious penthouse and seems to have everything, from a handsome husband to a prodigy child. Jang Hye Jin will play Byun Choon Hee’s nemesis Kim Young Mi, who prides herself on being different from the other mothers, while Joo Min Kyung will play Lee Eun Pyo’s deceptively cheerful younger cousin Park Yoon Joo, who turns into a fierce “alpha mom” when it comes to her children and would do anything for them.

The newly released poster offers a sneak peek of the tensions that will arise between the five moms. Lee Eun Pyo wears a serious expression as she bends down to speak to her child at eye level, while Byun Choon Hee watches her suspiciously from afar. Seo Jin Ha appears to be surprised by something, while a furious Kim Young Mi can be seen yelling into her phone with her emotions on full display. Finally, Park Yoon Joo—who is Kim Young Mi’s polar opposite in terms of personality—wears a sunny smile as she talks to someone. 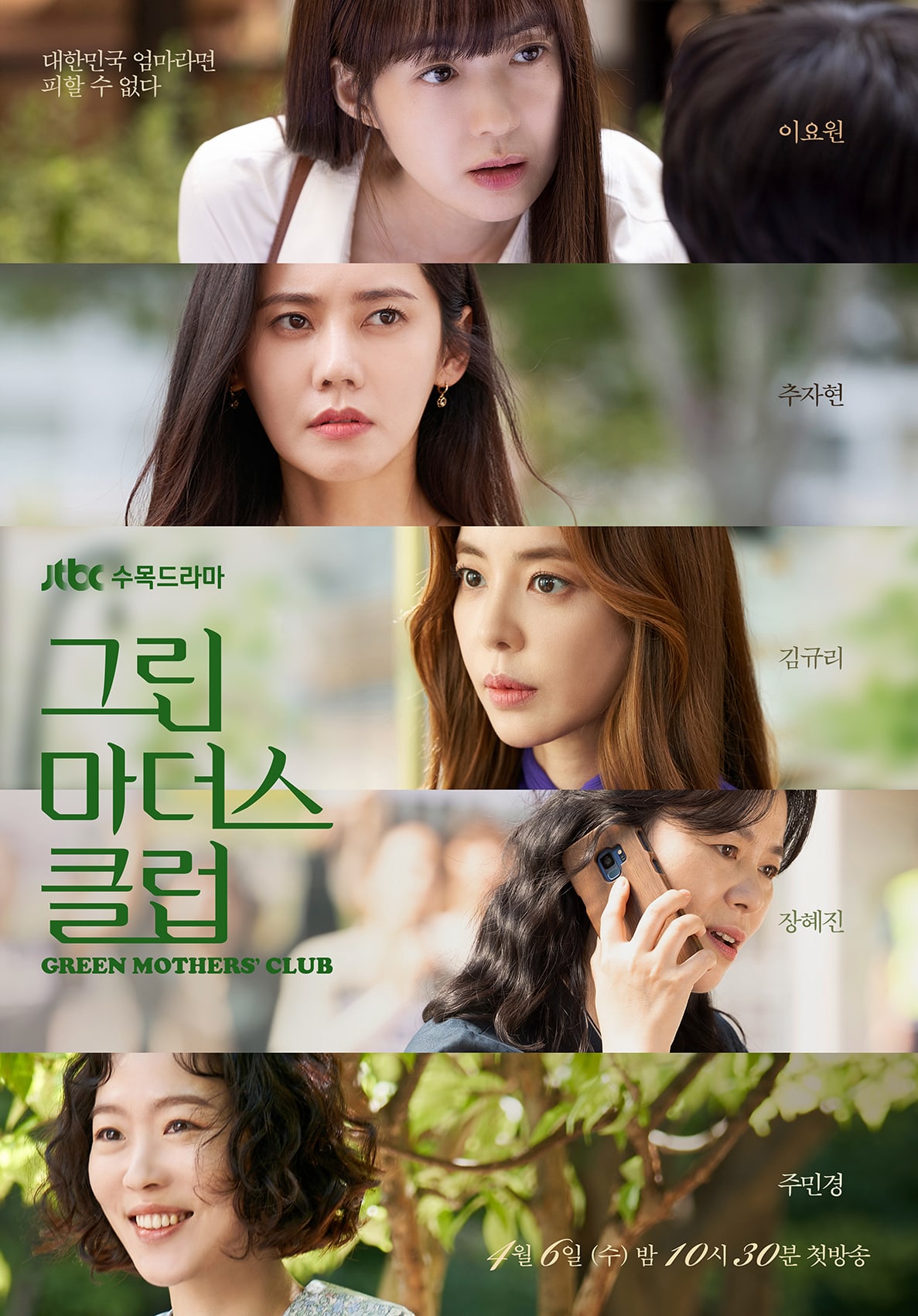 In the meantime, watch Jang Hye Jin in “The Red Sleeve” with subtitles here…

…and Chu Ja Hyun in “My Unfamiliar Family” below!