“Twenty Five, Twenty One” And “A Business Proposal” Sweep Most Buzzworthy Drama And Actor Rankings

tvN’s “Twenty Five, Twenty One” and SBS’s “A Business Proposal” dominated this week’s rankings of the most buzzworthy dramas and cast members!

For the fifth consecutive week, “Twenty Five, Twenty One” ranked No. 1 on Good Data Corporation’s weekly list of the dramas that generated the most buzz. The company determines each week’s rankings by collecting data from news articles, blog posts, online communities, videos, and social media about dramas that are either currently airing or set to air soon.

SBS’s “A Business Proposal” followed close behind in its second week on air: the show rose to No. 2 on the drama list, while stars Kim Sejeong and Ahn Hyo Seop climbed to No. 3 and No. 4 respectively in the actor rankings.

KBS 2TV’s “Young Lady and Gentleman” claimed No. 3 on the drama list this week, with stars Ji Hyun Woo and Lee Se Hee ranking No. 7 and No. 8 respectively on the actor list.

SBS’s “Through the Darkness” rose to No. 4 on the drama list, and star Kim Nam Gil similarly climbed to No. 6 in the actor rankings.

JTBC’s “Forecasting Love and Weather” took No. 5 on the drama list, while star Song Kang rose to No. 10 on the actor list.

Finally, tvN’s new drama “Kill Heel” and its leading lady Kim Ha Neul entered both rankings at No. 8 this week.

The top 10 dramas that generated the most buzz in the second week of March are as follows: 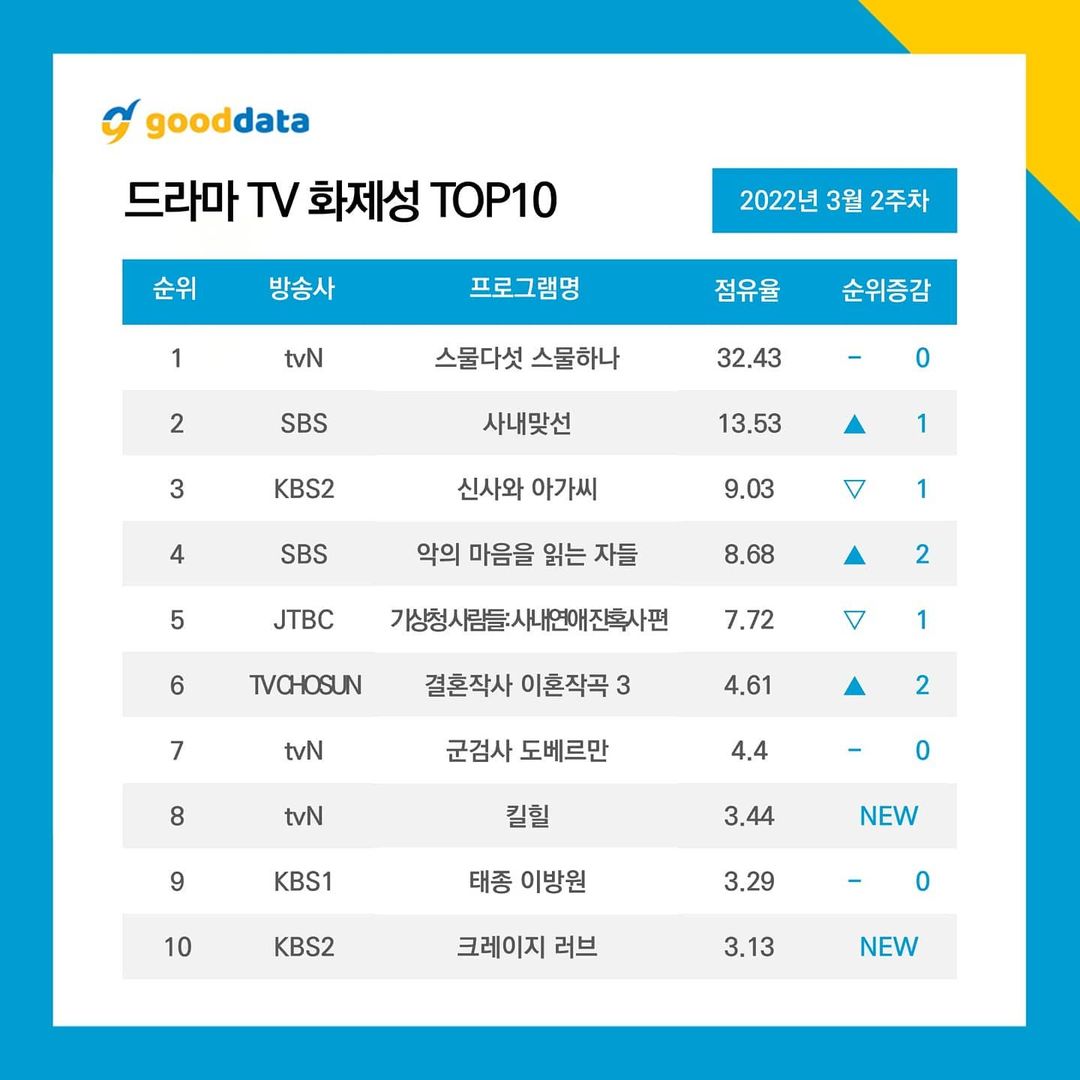 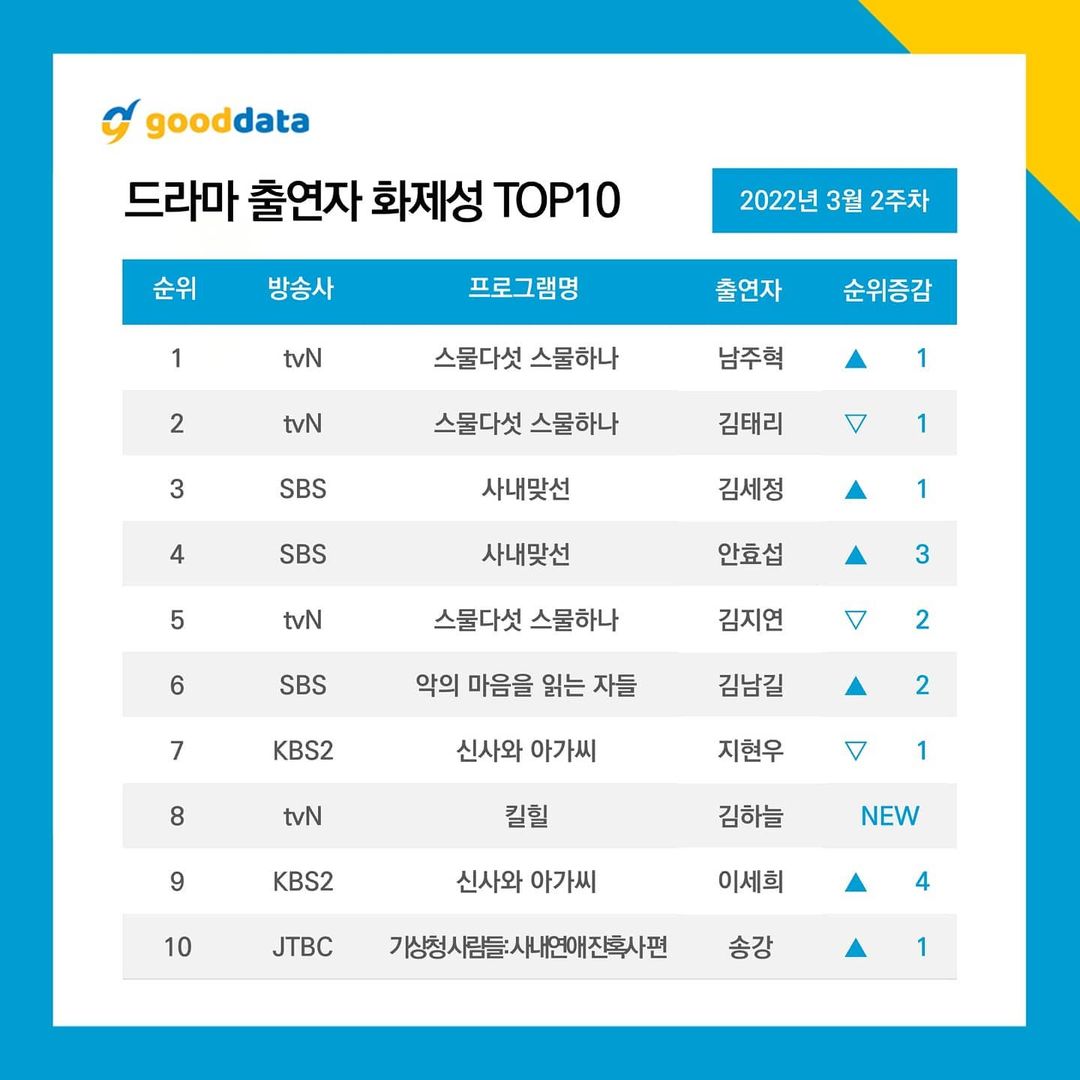 Check out “Young Lady and Gentleman” with subtitles here:

“Through the Darkness” here:

And “Kill Heel” below!