“Kill Heel” is a new tvN drama about the fierce battles between three ambitious women in the competitive world of home shopping networks. Kim Ha Neul stars as show host Woo Hyun, who was once one of UNI Home Shopping’s most successful hosts but is now just barely holding onto her job. Lee Hye Young stars as UNI Home Shopping vice president Mo Ran, who climbed from humble beginnings to reach the top, while Kim Sung Ryung stars as top show host Ok Sun, who is married to a famous politician and seems to have the perfect life.

In the last broadcast, Hyun Wook (Kim Jae Chul) was drawn to Woo Hyun according to Mo Ran’s plans because she looks similar to Hae Soo (Seo Eun), the woman he loved in the past. Hyun Wook gifted a pair of deep red kill heels to Woo Hyun, who began to open her eyes to her desires, raising anticipation for her transformation.

The newly released stills depict Woo Hyun solidifying her new place at the top. Showing a bright expression both on and off camera, Woo Hyun demonstrates that she has found more leisure in life. Furthermore, Jun Beom (Jung Eui Jae) is just as happy as Woo Hyun is for her return. Although he harbors unexpected hidden desires, Jun Beom’s wide smile in front of Woo Hyun is still sincere. 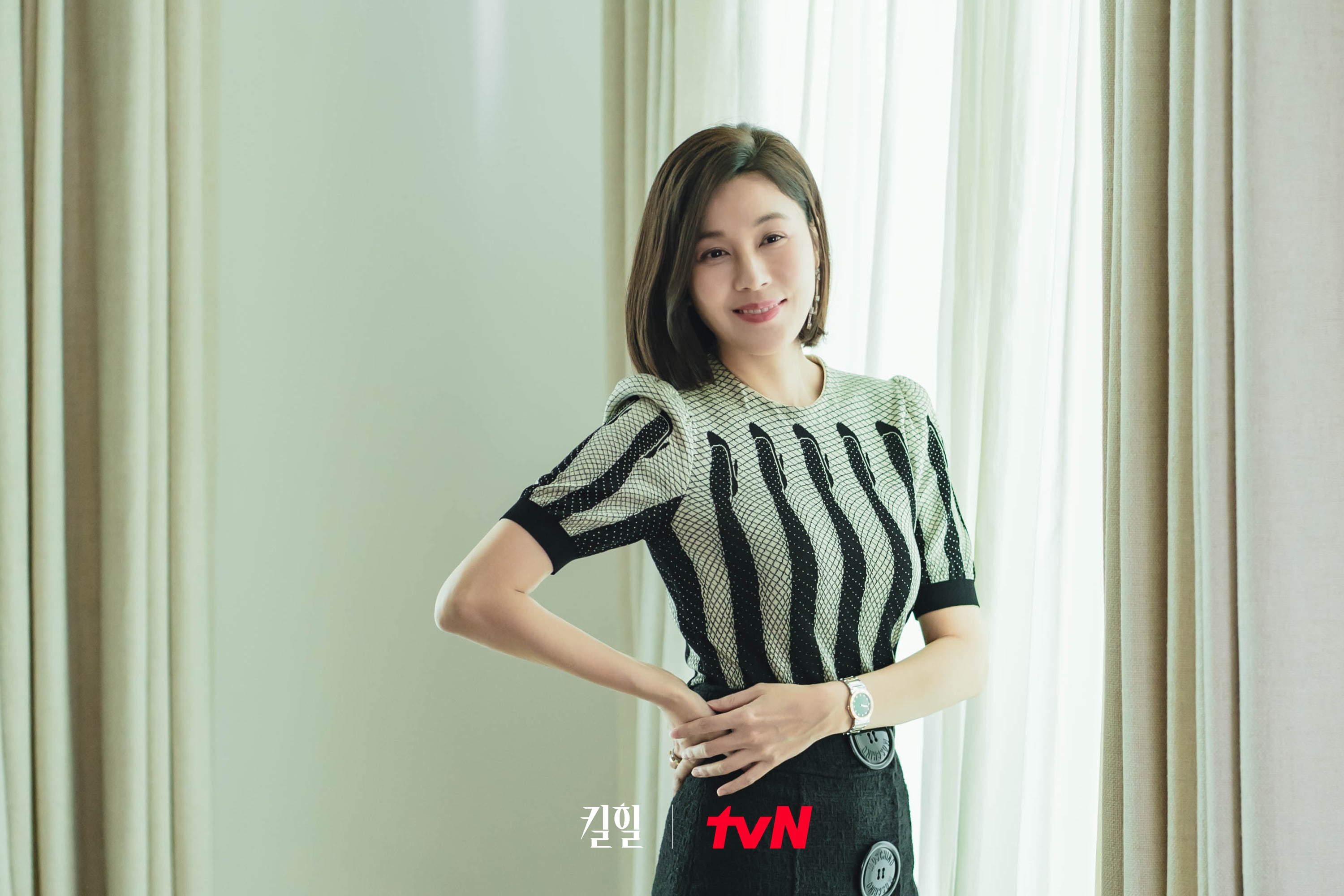 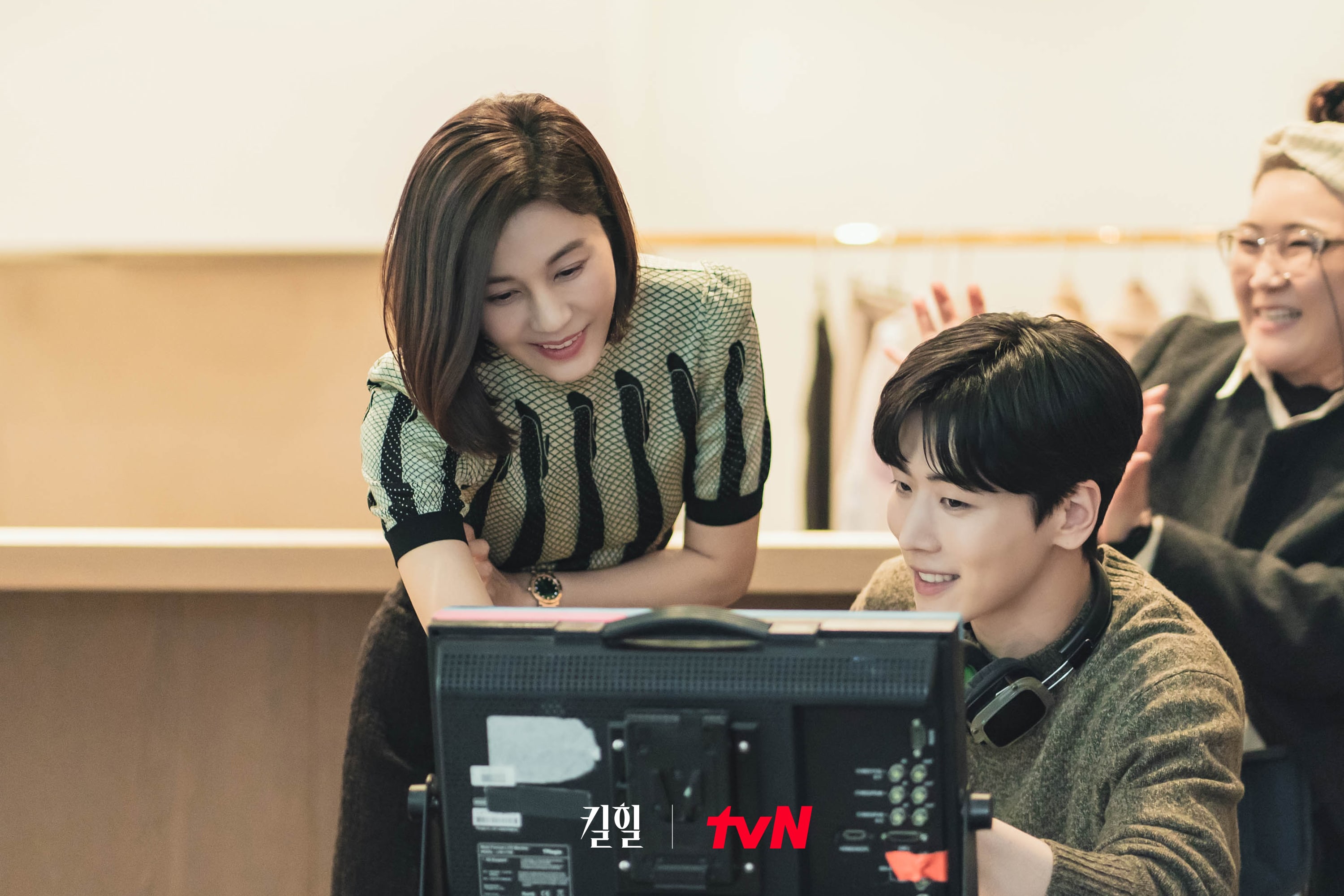 On the other hand, Ok Sun appears to be in a completely different situation. In the new pictures, Ok Sun is tying her husband In Guk’s (Jeon No Min’s) necktie. Although she appears affectionate, her expression in the following image completely changes the atmosphere. Ok Sun reaches out for In Guk’s neck with confusion and rage evident in her reddened eyes, raising questions about what occurred to the once perfect couple. 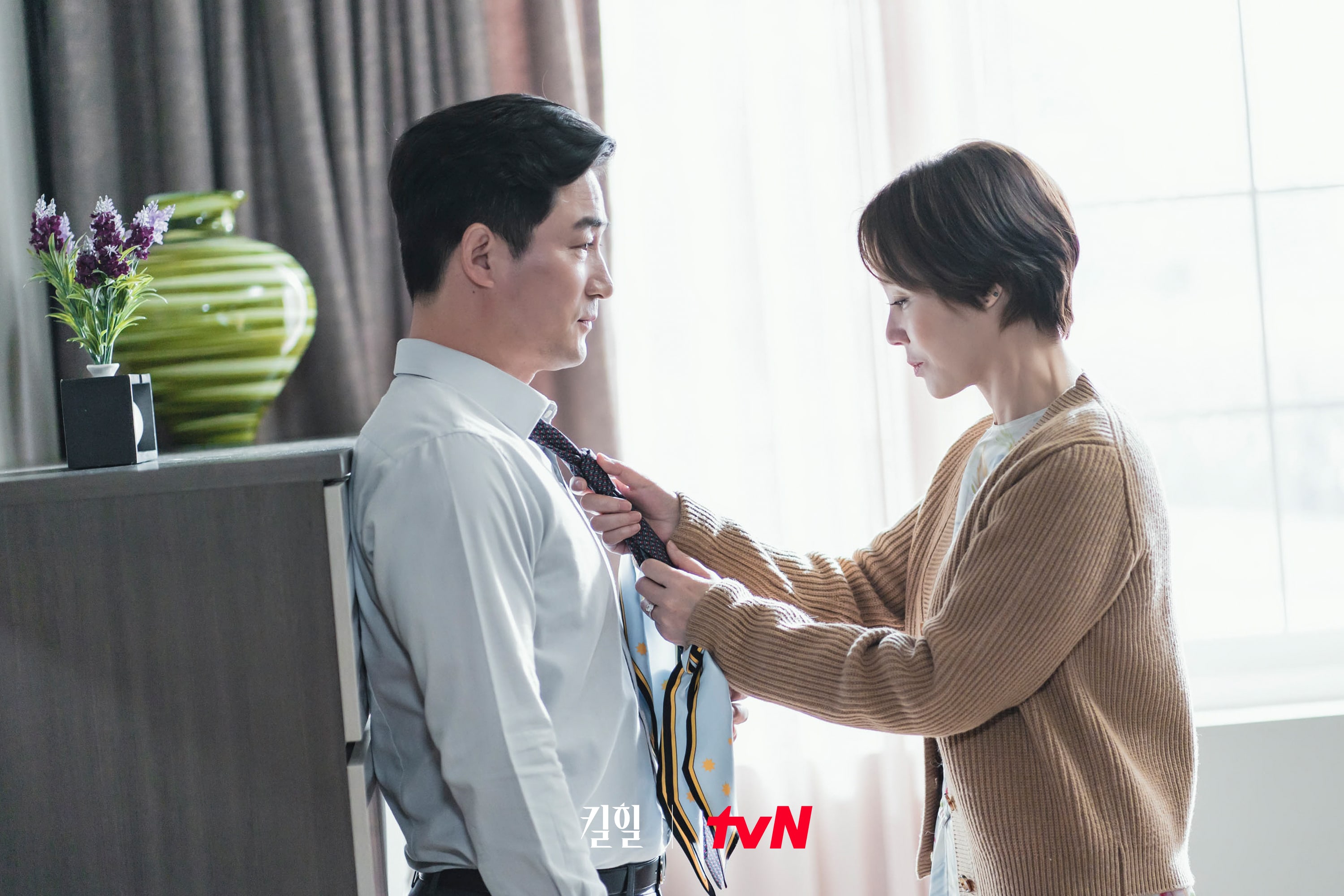 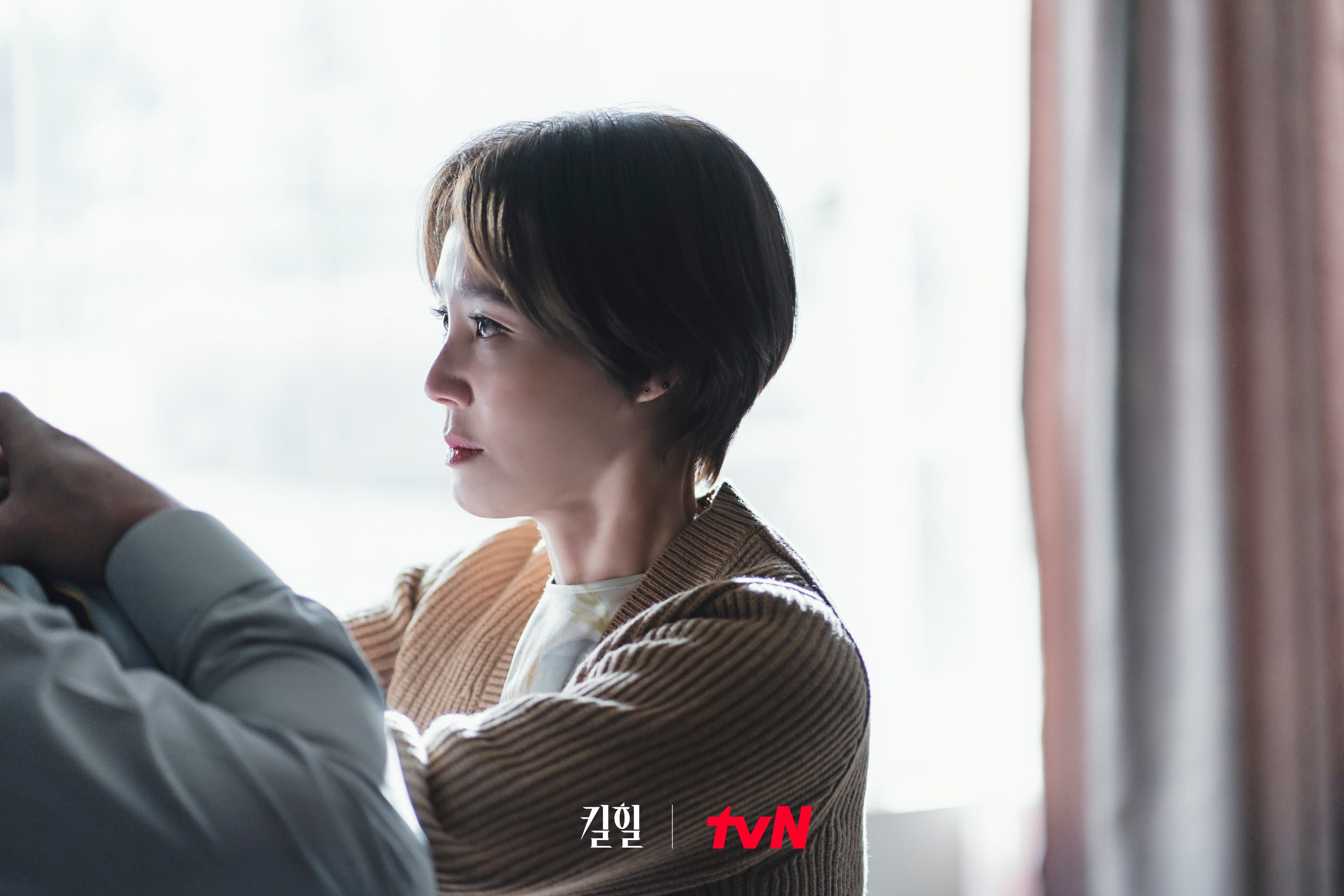 In the upcoming episode of “Kill Heel,” Woo Hyun will form a new team with Jun Beom and Sung Woo (Moon Ji In). Meanwhile, Ok Sun will spill to Mo Ran the secrets of her family that she has been suffering alone from.

The production team of “Kill Heel” shared, “Woo Hyun’s greed, which has just begun to sprout, will grow quickly and shake up everything. This will be an exciting episode that viewers will not be able to take their eyes off of as Mo Ran’s and Ok Sun’s secrets, which have been hidden until now, become revealed.”