The directors of MBC’s upcoming drama “Tomorrow” have shared their thoughts on its stars, its message, and more!

As “Tomorrow” marks film director Kim Tae Yoon’s very first drama, he enthusiastically remarked, “I’d always wanted to try telling a story that was longer than two hours.” He went on to explain why he had found “Tomorrow” in particular so appealing, recalling, “I was particularly drawn to the universe of the original webtoon. I thought the premise of ‘grim reapers who save the lives of those who want to die’ was really new and refreshing, and the emotions of the original webtoon were also masterfully depicted.”

Meanwhile, Sung Chi Wook commented, “I really liked the heartwarming emotions and message of the story,” adding, “The chemistry between the Crisis Management Team members and the characters themselves were also entertaining.” 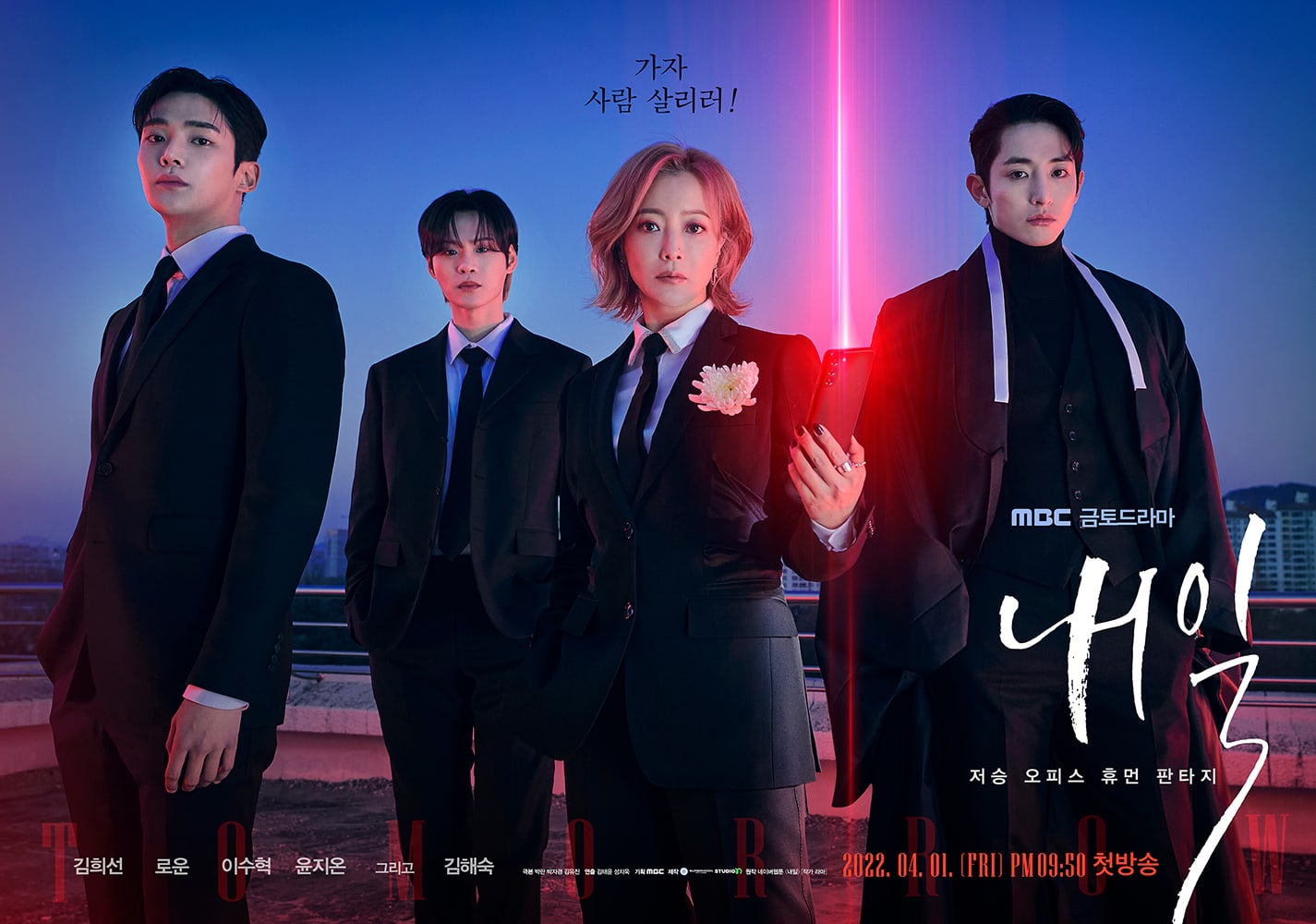 Opening up about the struggles of adapting “Tomorrow” into a drama, Kim Tae Yoon shared, “This might be a dilemma that pertains to every adaptation, but I felt that our key task was ‘How can we do a good job bringing the characters from the original work to life? Webtoons have an entirely different narrative format, so how do we adapt this into a drama?’ We tried to create a drama that could be enjoyed both by fans of the original webtoon and by people who haven’t read it.”

As for concerns more specific to the story of “Tomorrow,” the director revealed, “In order to convey the suffering of those who wish to choose death, we have to present a vicarious experience, and we were extremely cautious in this regard. Because this could be the very thing that viewers wish most not to see. However, due to the subject matter of our drama, I believe that we have no choice but to face it head-on. Because we decided that the fun of ‘Tomorrow’ is watching the Crisis Management Team empathize with and heal those wounds.”

In terms of their casting and styling choices, Sung Chi Wook noted, “Because this is an adaptation, what we paid the most attention to was the level of synchronization with the characters from the original webtoon. I’m relieved that people are responding positively to the unveiled glimpses of the actors in character.”

Kim Tae Yoon chimed in, “Kim Hee Sun underwent a huge visual transformation for ‘Tomorrow.’ I want to applaud that courage. It was to the extent where the writer of the original webtoon was shocked and satisfied after seeing Kim Hee Sun[‘s new look].”

As for why they had chosen to cast Rowoon in the leading role of Choi Joon Woong, Kim Tae Yoon remarked, “Out of all the actors in their twenties, he’s the actor who most resembles the character of Joon Woong. I think Rowoon is an outstanding actor who can portray Joon Woong’s unique vivaciousness, cheekiness, and relatability.” 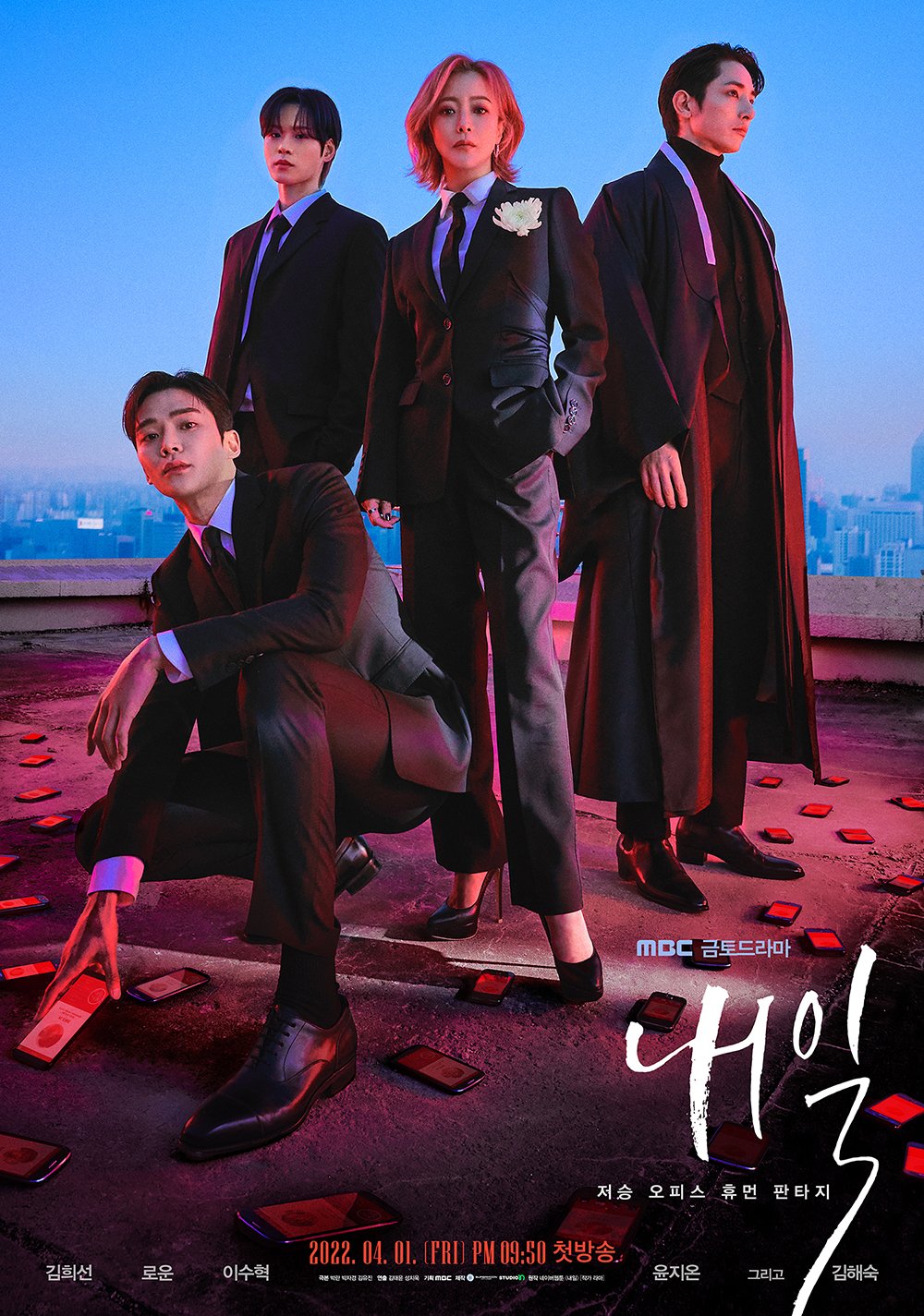 The director also revealed that the character of Park Joong Gil, the elite leader of the Guiding Managemnt Team, had instantly reminded him of Lee Soo Hyuk. “When I saw Joong Gil in the original webtoon, I immediately thought of Lee Soo Hyuk first,” he recalled. “With his handsome looks and cool voice, I thought he would be able to capture the essence of a grim reaper that represents Joomadeung.”

He went on to express confidence in Yoon Ji On’s portrayal of Lim Ryoong Goo, teasing, “Just like the Ryoong Goo from the original webtoon, he will be playing the role of bodyguard for the Crisis Management Team. Actor Yoon Ji On’s exceptional ability to pull off his character is certain to impress viewers.”

“Even with our non-stop schedule, the reason the filming set was always a fun place was because Kim Hee Sun always led the atmosphere with a cheerful attitude,” said the director. “Because Rowoon and Yoon Ji On also got along well, whenever the Crisis Management Team trio got together, the vibe was always great.” 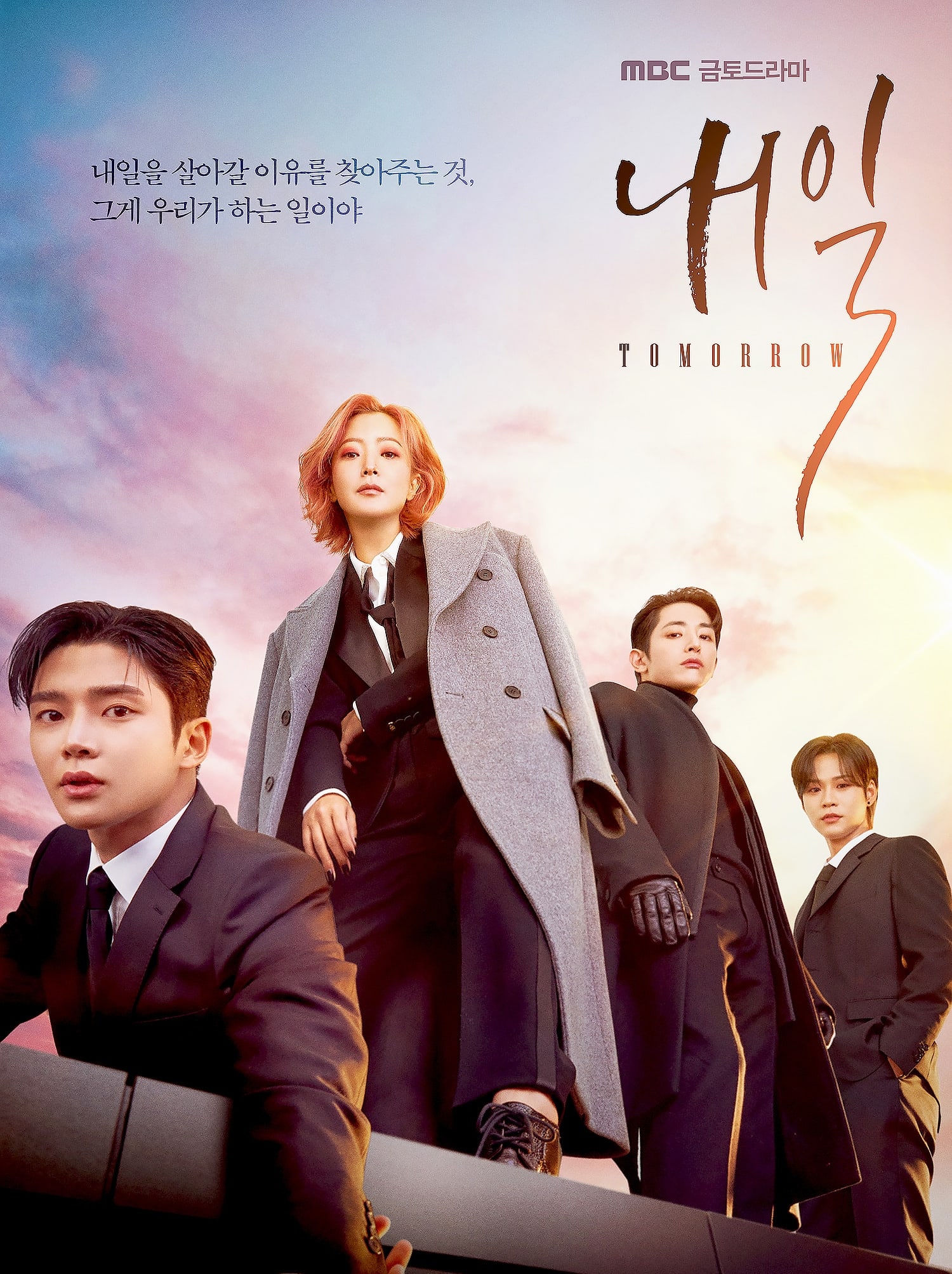 Sung Chi Wook added, “I think the chemistry between the actors is captured in the drama exactly as is. Please tune in to the drama to see it for yourself.”

Finally, Sung Chi Wook remarked, “The entire cast and crew is sincerely doing their best to convey the message of the drama. If viewers are able to relate to that message and cheer on the drama, I couldn’t possibly ask for anything more. We will do our utmost until the very end to create a drama that lives up to your expectations.”

Kim Tae Yoon chimed in, “Above all else, I hope our drama is remembered as ‘fun.’ Please cheer us on a lot.”

“Tomorrow” will premiere on April 1 at 9:50 p.m. KST. Check out the official trailer for the drama here!

In the meantime, watch Kim Hee Sun in “Alice” with subtitles below…