Described as a “music drama,” the series is about a man and a woman who have been best friends for 20 years but learn each other’s true feelings when they have to stay in the same house for two weeks. It stars Park Hyung Sik as Han Sun Woo, a rising photographer who is a man of few words but has a warm and caring personality, and Han So Hee as Lee Eun Soo, a fun and honest lyricist who isn’t afraid of speaking her mind.

On March 22, the production team released new stills of Han Sun Woo and Lee Eun Soo from their high school days. In the photos, Lee Eun Soo is riding a bicycle with sweatpants under her uniform skirt, and Han Sun Woo stands beside her as her reliable best friend. Their bright expressions and playful poses give a hint about their friendly and comfortable relationship. 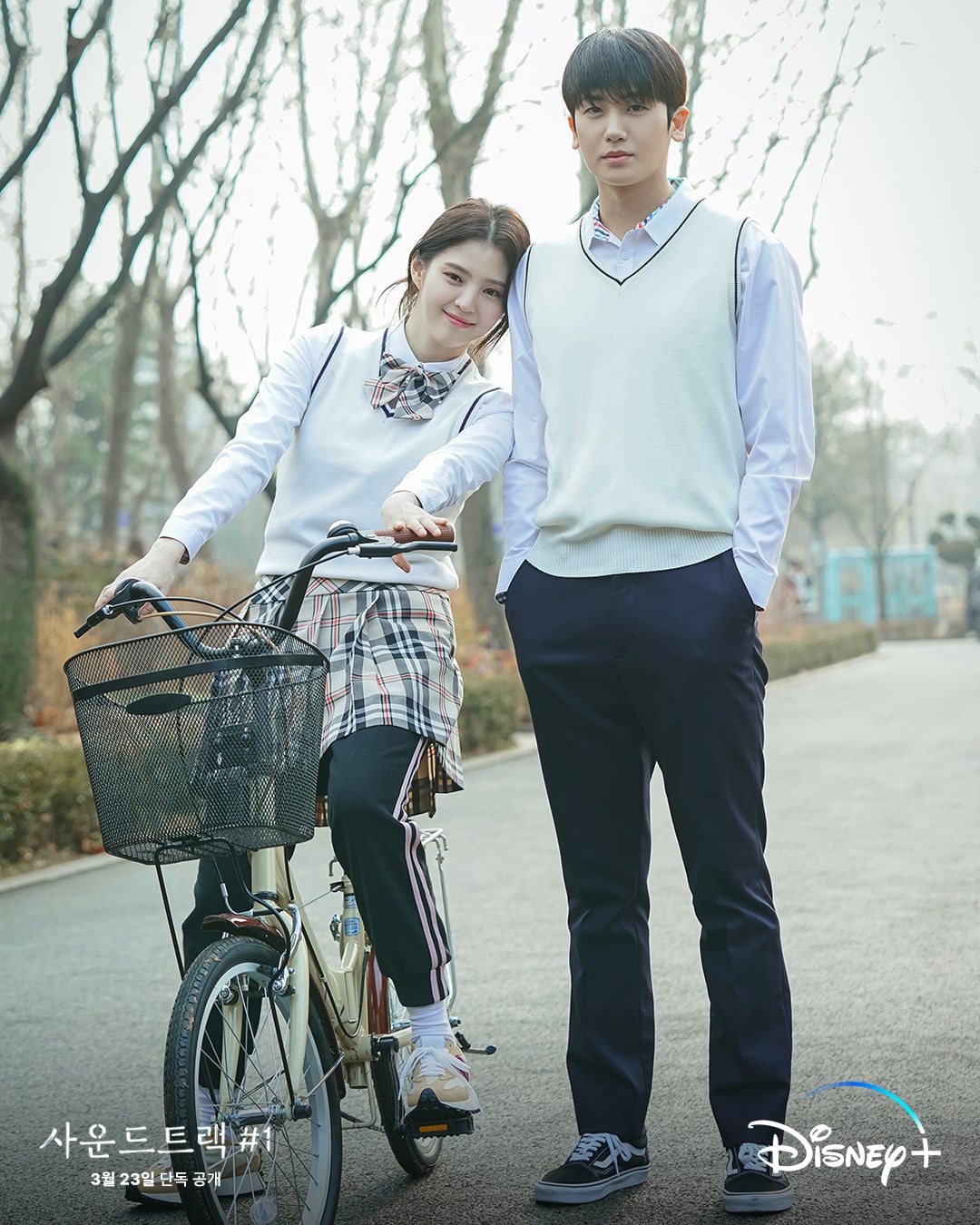 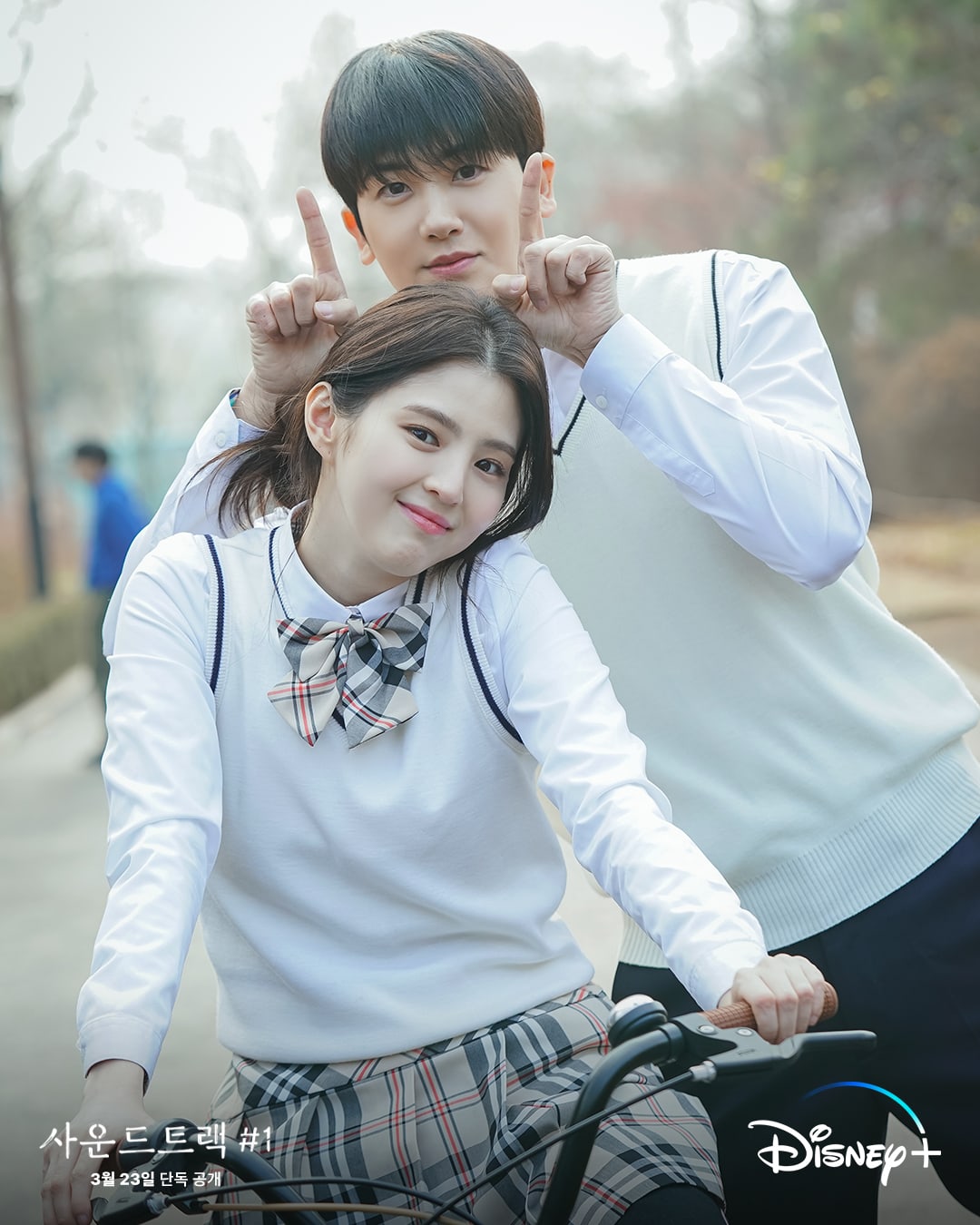 The production team commented, “Park Hyung Sik and Han So Hee did their best to be considerate of each other throughout filming to express the relationship between the two main characters who have been best friends for 20 years. In addition, they built friendly teamwork by constantly talking and discussing the scenes and characters. Thanks to that, they were able to create ‘brilliant chemistry.’ If you focus on this part, you will be able to enjoy ‘Soundtrack #1’ more excitingly. Please show lots of interest and anticipation.”

“Soundtrack #1” will premiere on March 23 via Disney+. Check out a teaser here!

While you’re waiting, watch Park Hyung Sik in “Happiness” below: