tvN’s “Military Prosecutor Doberman” has shared a sneak peek of its upcoming episode!

“Military Prosecutor Doberman” is a drama about two military prosecutors who chose the same job for very different reasons. Ahn Bo Hyun stars as Do Bae Man, an apathetic prosecutor who only took the job for money, while Jo Bo Ah will star as heiress Cha Woo In, who became a military prosecutor for revenge.

On the previous episode of “Military Prosecutor Doberman,” Do Bae Man and Cha Woo In teamed up to reveal the ugly truth about the so-called “grenade hero” Won Ki Choon (played by Im Chul Hyung). However, despite their masterful work during the trial, the episode ended on a shocking cliffhanger. Just when it seemed their victory was assured, Won Ki Choon—contrary to what the duo had believed—was publicly revealed to actually be missing a leg, lending credibility to his story.

As Do Bae Man and Cha Woo In were unable to hide their shock and disbelief at this unexpected turn of events, Noh Hwa Young (Oh Yeon Soo) made a dramatic entrance in front of the press that revealed she had been one step ahead of them the entire time.

In newly released stills from the drama’s next episode, Do Bae Man and Cha Woo In realize that they’ve walked right into a trap laid by the scheming Noh Hwa Young. As the prosecutors fall into despair at their mistake, Noh Hwa Young walks up to Won Ki Choon, and the two exchange a conversation in front of the crowd of reporters eagerly watching their every move. 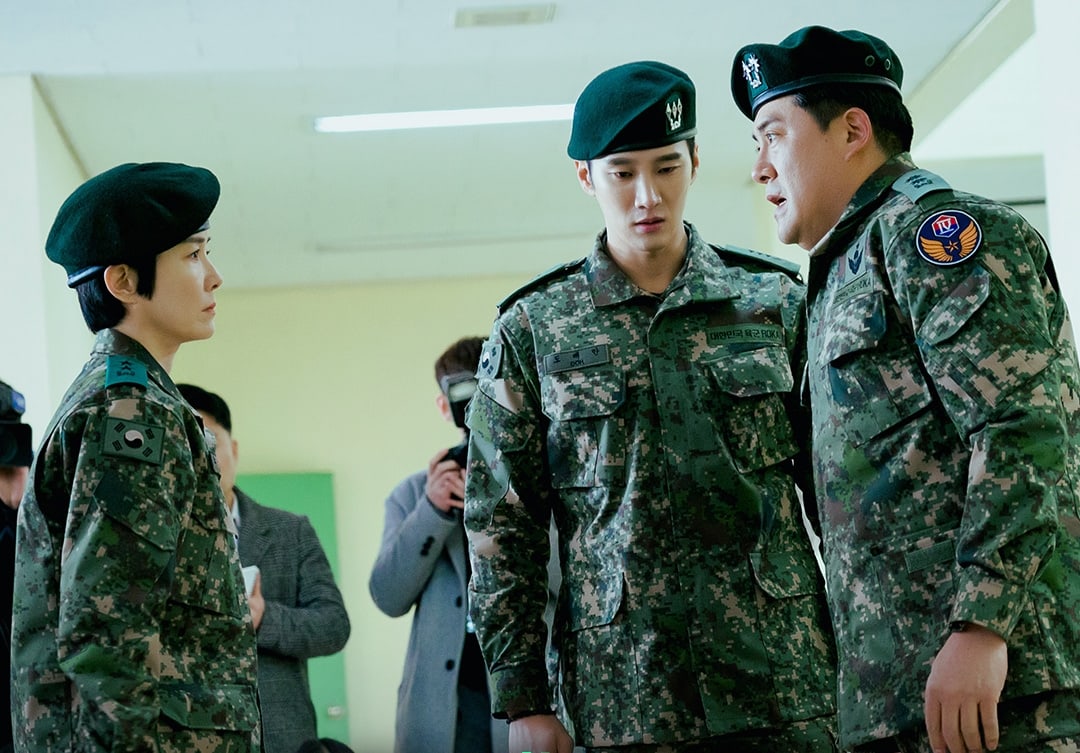 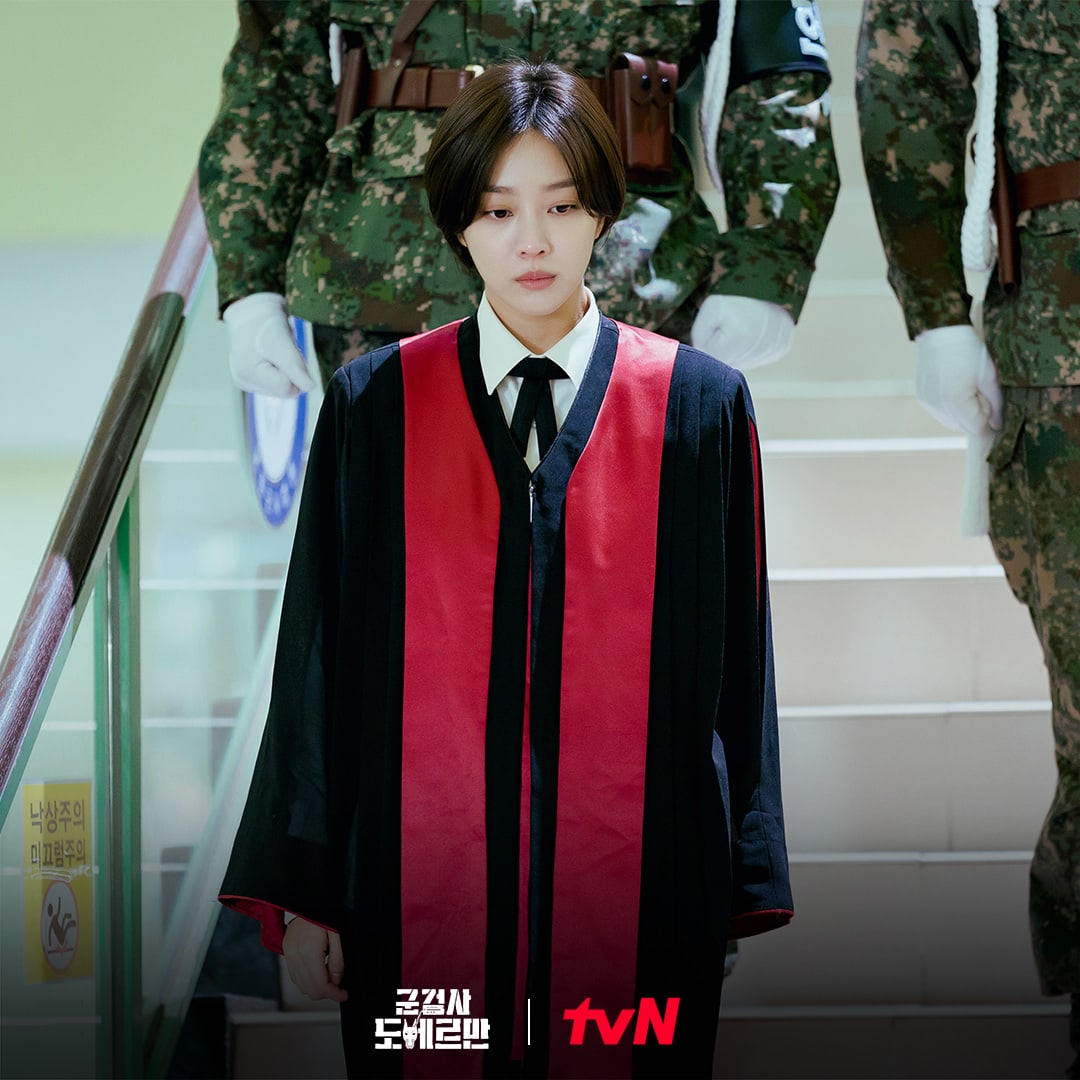 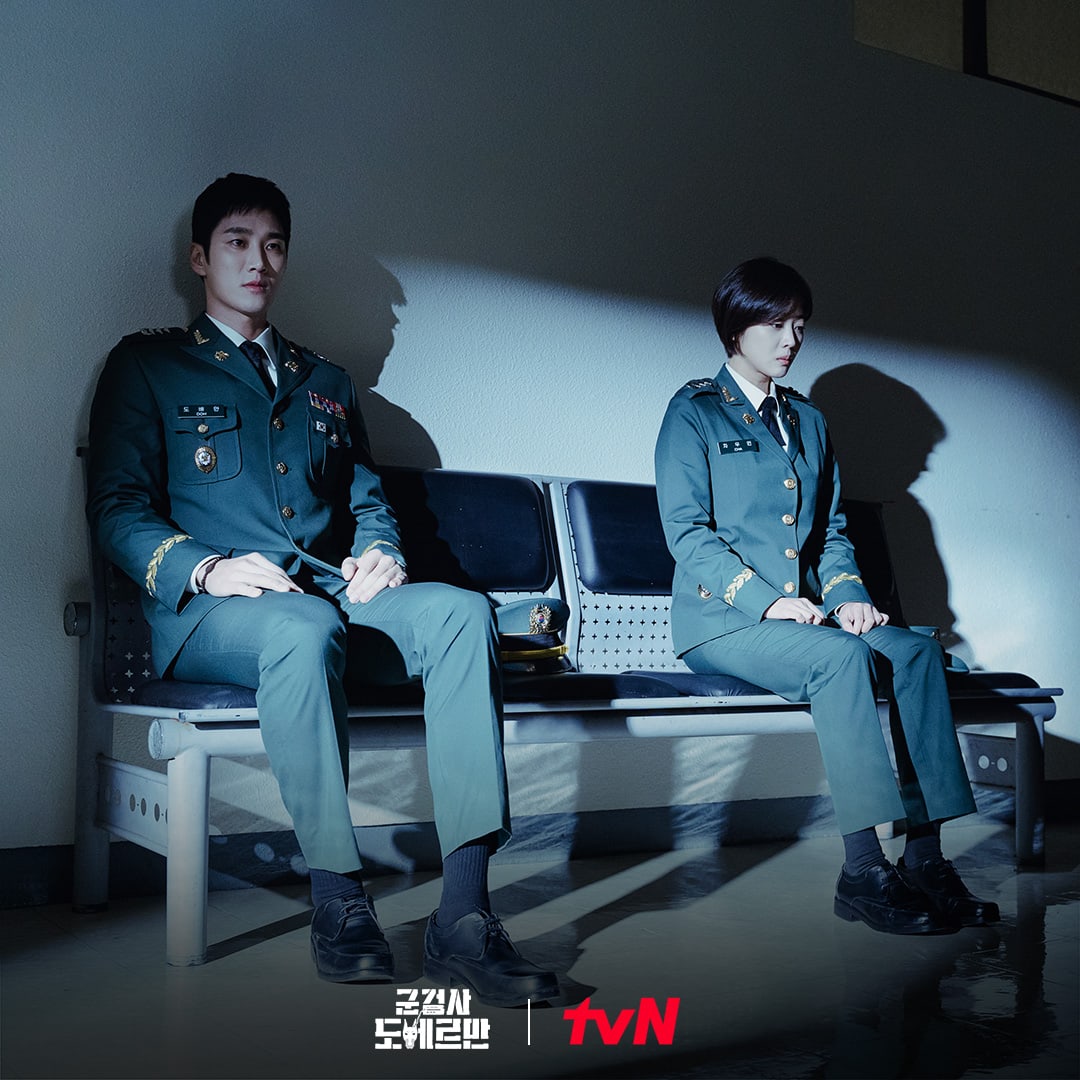 However, even though Do Bae Man and Cha Woo In are temporarily stunned by this highly public setback, the two prosecutors remain undiscouraged in their greater quest of avenging their parents. Not only are they more determined than ever to bring down Noh Hwa Young and her corrupt Patriotic Society, but the duo grows even closer in the face of adversity as they strive towards their common goal. 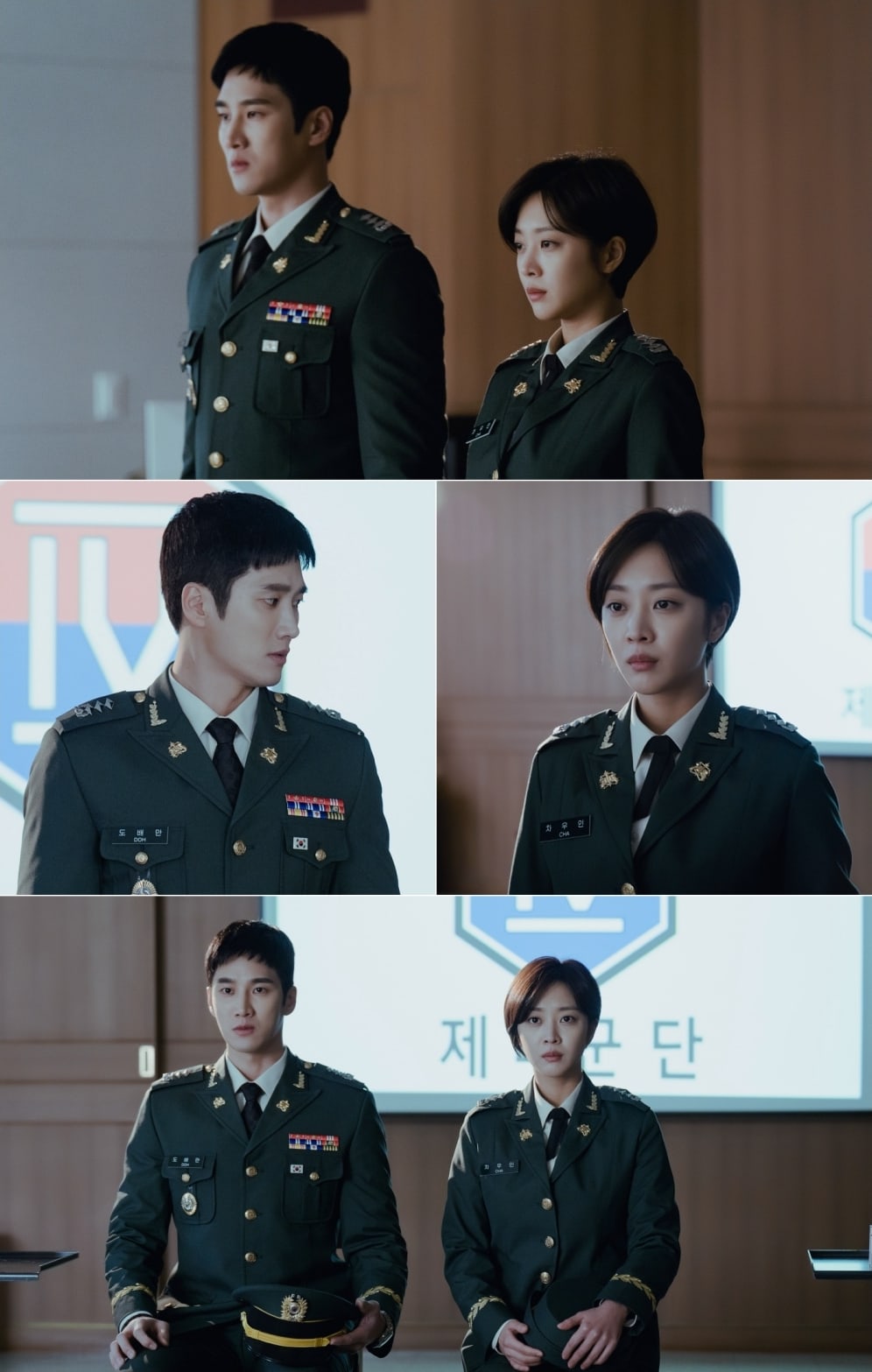 To find out how Do Bae Man and Cha Woo In overcome this grave error, tune in to the next episode of “Military Prosecutor Doberman” airs on March 22 at 10:30 p.m. KST!

In the meantime, catch up on previous episodes of the drama below: