“Twenty Five, Twenty One” And “A Business Proposal” Continue To Dominate Most Buzzworthy Drama And Actor Rankings

Once again, tvN’s “Twenty Five, Twenty One” and SBS’s “A Business Proposal” swept the top spots on this week’s rankings of the most buzzworthy dramas and cast members!

For the sixth consecutive week, “Twenty Five, Twenty One” ranked No. 1 on Good Data Corporation’s weekly list of the dramas that generated the most buzz. The company determines each week’s rankings by collecting data from news articles, blog posts, online communities, videos, and social media about dramas that are either currently airing or set to air soon.

Not only did “Twenty Five, Twenty One” top the list of most buzzworthy dramas for the sixth week in a row, its stars also continued to dominate the list of most buzzworthy cast members: Nam Joo Hyuk and Kim Tae Ri held onto their respective spots at No. 1 and No. 2, while WJSN’s Bona maintained her position at No. 5 and Lee Joo Myung rose to No. 8.

SBS’s “A Business Proposal” similarly held onto its spot at No. 2 on the drama list, while stars Ahn Hyo Seop and Kim Sejeong ranked No. 3 and No. 4 respectively on the actor list.

KBS 2TV’s “Young Lady and Gentleman,” which is heading into the final week of its run, also maintained its position at No. 3 on the drama list, with stars Lee Se Hee and Ji Hyun Woo ranking No. 6 and No. 7 respectively on the actor list.

Finally, JTBC’s “Forecasting Love and Weather” climbed to No. 4 on the drama list this week, and star Song Kang also rose to No. 9 in the actor rankings.

The top 10 dramas that generated the most buzz in the third week of March are as follows: 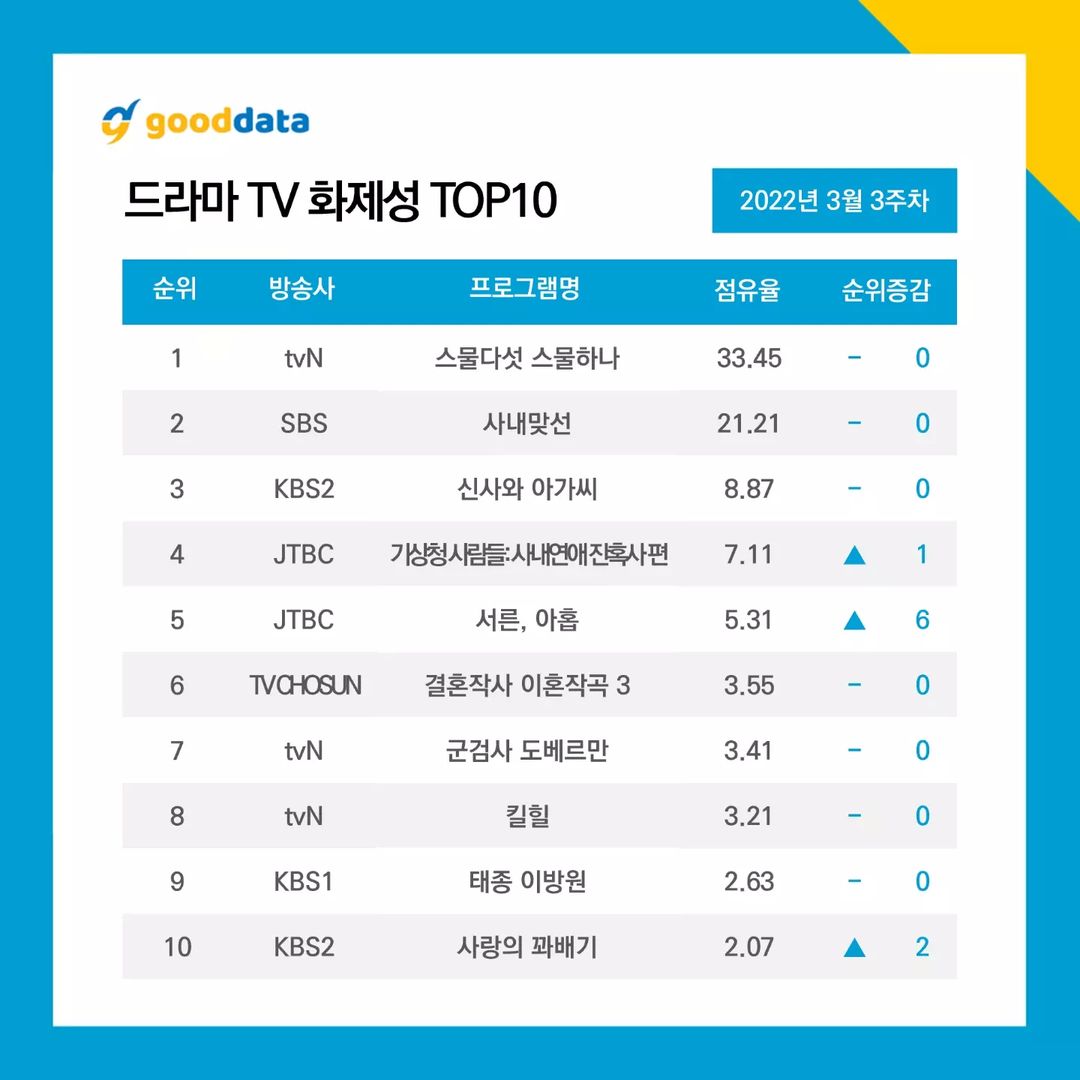 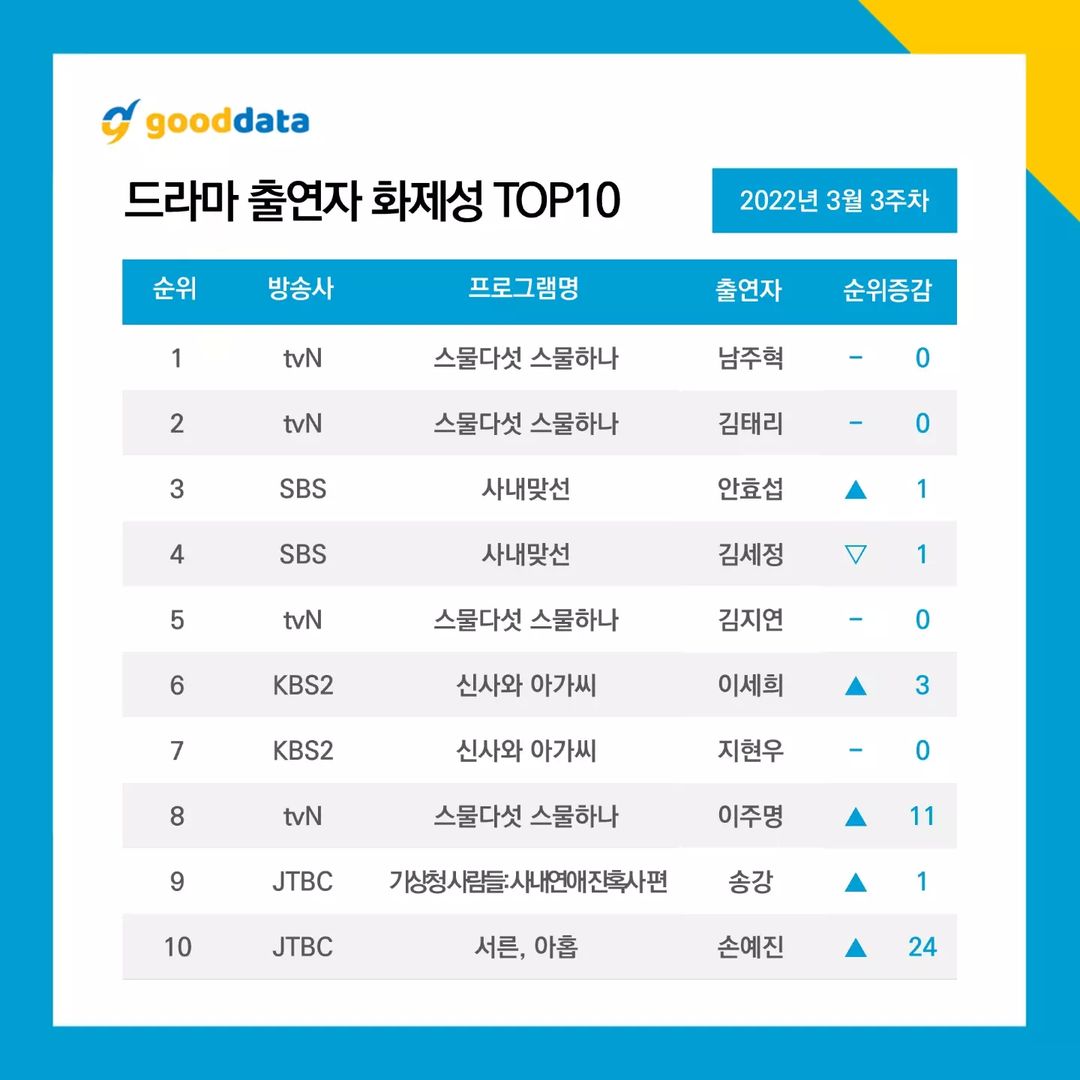