Kim Hye Yoon, Park Hyuk Kwon, And Yesung Fiercely Take On The World In Poster For “The Girl On A Bulldozer”

A poster for Kim Hye Yoon’s upcoming film “The Girl on a Bulldozer” has been released!

“The Girl on a Bulldozer” tells the story of 19-year-old Hye Young (Kim Hye Yoon) who explodes at the world in anger after her father suffers an unexpected accident and she gets driven away from her home with her younger brother.

In the newly released poster, Hye Young wears a fierce expression as she gets ready to take on the world. With Hye Young at the center, she is surrounded by Bon Jin (Park Hyuk Kwon) and Go Yoo Suk (Super Junior’s Yesung), who also wear tense expressions on their faces. Kim Hye Yoon will be portraying a completely different type of character than she has in the past as she transforms into the tough and explosive Hye Young by putting on a dragon tattoo and personally riding a bulldozer in the action scenes. The text at the top of the poster reads, “You keep messing with me, so I’ll show you.” 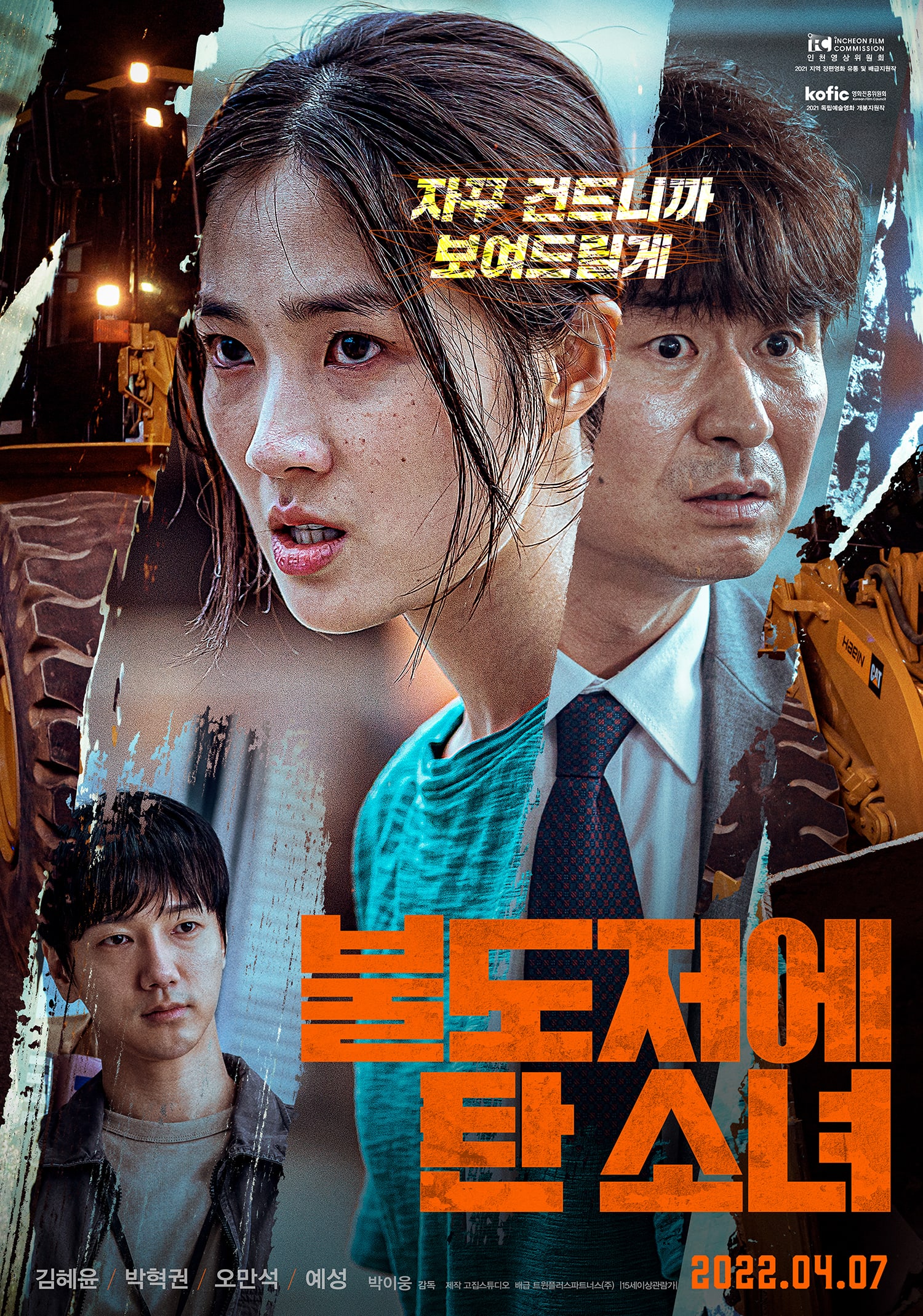 Park Hyuk Kwon, who impressed viewers in “Mine” and “A Taxi Driver,” will make his new transformation into Hye Young’s dad Bon Jin who plays a decisive role in guiding Hye Young’s growth by supporting and justifying her stubborn and reckless actions. Oh Man Seok, who starred in “Join VIP,” “Police University,” and “Mystic Pop-Up Bar,” will be starring as a chairman of a heavy machinery company seeking to enter the world of politics. Yesung will take on the role of detective Go Yoo Suk who is in charge of the case involving Hye Young’s father.

Director Park Yi Woong received inspiration for the film from the real life story of people driving heavy machinery into a government office, making the film more impactful and realistic. The film was also invited to the 26th Busan International Film Festival.

“The Girl on a Bulldozer” will premiere on April 7.

In the meantime, watch Kim Hye Yoon in “Secret Royal Inspector & Joy” below: