“Again My Life” is a drama about a talented prosecutor who gets a second chance at justice after failing to bring down a powerful individual. Lee Joon Gi will star as Kim Hee Woo, a passionate prosecutor who was unjustly killed while investigating a corrupt politician, but who unexpectedly gets a second chance at life. Kim Ji Eun will star as Kim Hee Ah, a genius chaebol heiress with firm convictions.

Kim Hee Woo, who is burning with thirst for revenge after experiencing an unfair death, exudes an intense aura. His expression is filled with determination to take down Jo Tae Sub, and behind him are the five people who will help him do so.

Kim Hee Ah is one of the people who will stand firmly by Kim Hee Woo’s side. Her resolve is written on her face as she stands near him. Lee Min Soo (Jung Sang Hoon) is Kim Hee Woo’s close friend and fellow lawyer, and Kim Han Mi (Kim Jae Kyung), whose status as a child born out of wedlock led her to spend her grade school years with a twisted view of the world, is a journalist who will join Kim Hee Woo’s quest for justice. The other two people who will help Kim Hee Woo achieve his goal are Kim Gyu Ri (Hong Bi Ra), a prosecutor who also went to the same high school as him, and Park Sang Man (Ji Chan), his most reliable assistant.

The text on the poster reads, “Strong against the strong and weak against the weak. The one who will truly be on our side has appeared!” 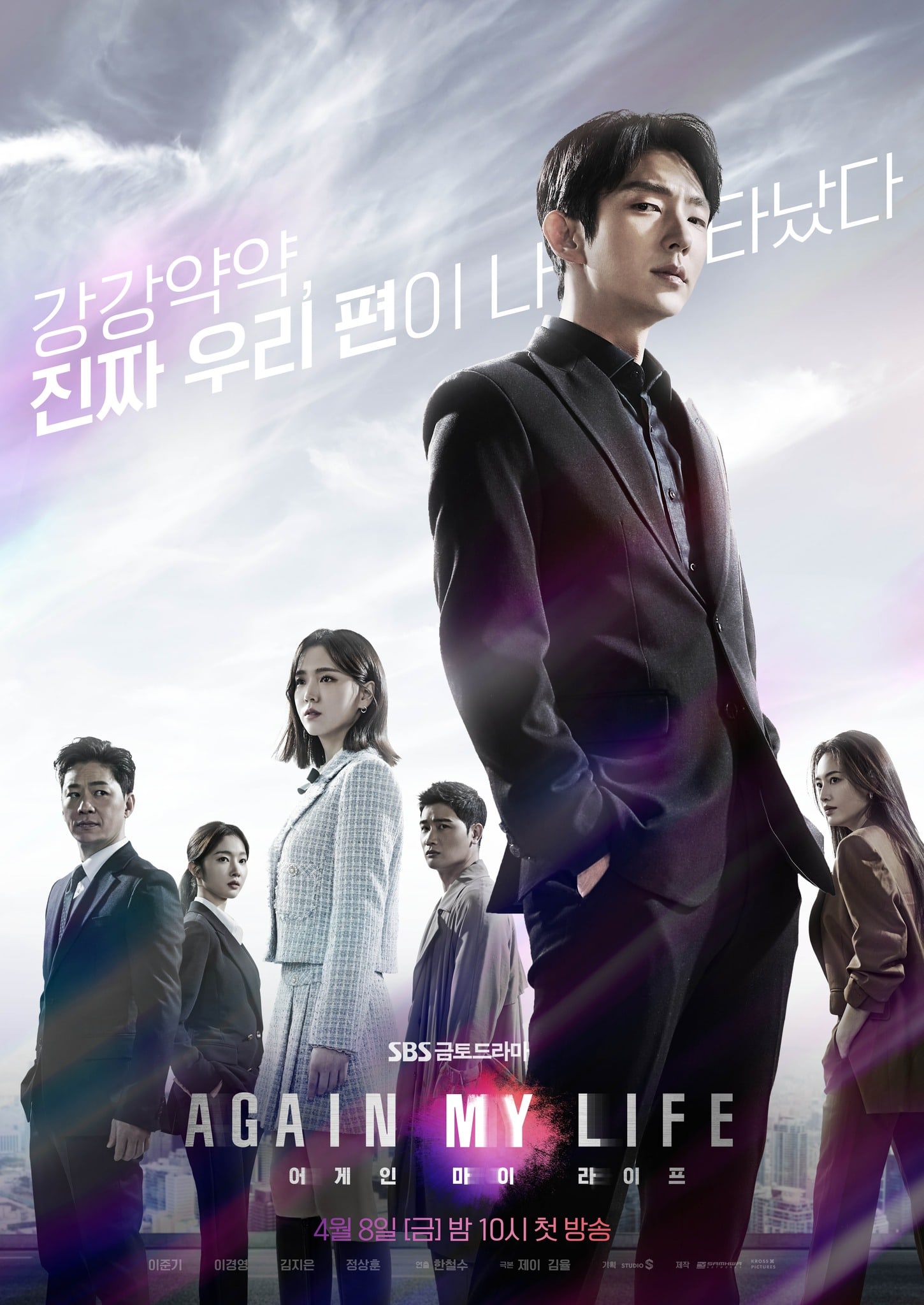 The drama’s producers commented, “Please look forward to the fierce fight of Kim Hee Woo and his friends, who are as righteous as they are strong, as they punish the evil inner circle. The thrilling development centered on Kim Hee Woo, who will make refreshing movies for revenge and justice, will double the fun of the drama.”

“Again My Life” premieres on April 8 at 10 p.m. KST and will be available with subtitles on Viki.