tvN’s “Our Blues” has unveiled the first stills of Lee Jung Eun!

Lee Jung Eun will be starring in the drama as Jung Eun Hee, a fish shop owner living in Jeju Island who is unexpectedly reunited with her first love Choi Han Soo (Cha Seung Won) after 30 years. Lee Jung Eun has captivated fans with her versatile acting in many projects, including the drama “Mr. Sunshine” and the film “Parasite,” and expectations are high for her new transformation.

In the newly released stills, Lee Jung Eun realistically depicts the life of busy life of Jung Eun Hee who runs her own fish store at the market. Early in the morning, Jung Eun Hee goes to the auction house, where she exudes charismatic vibes as she attempts to buy the best fish. Then she turns into a friendly and hard-working merchant who spends all day selling fish. 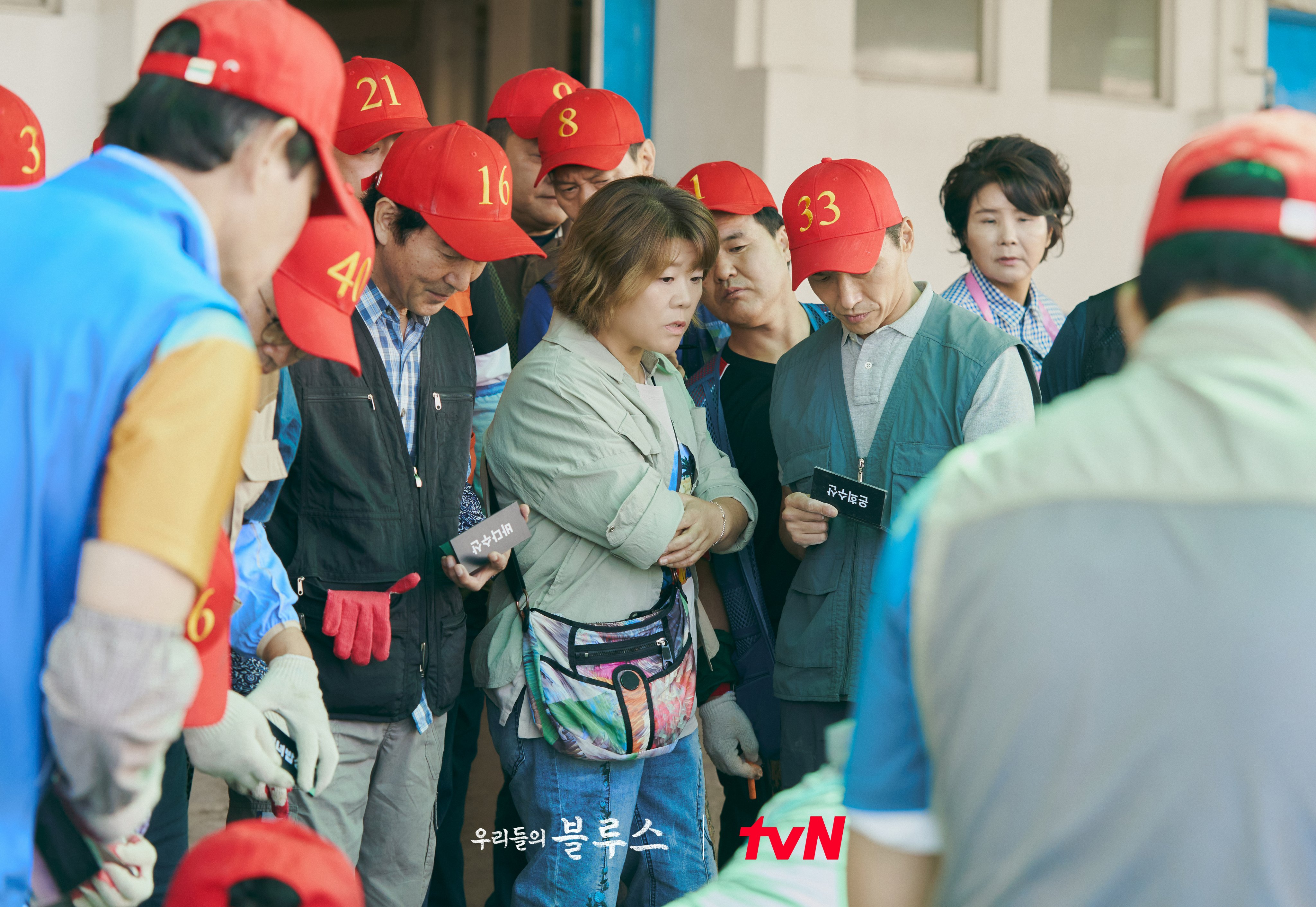 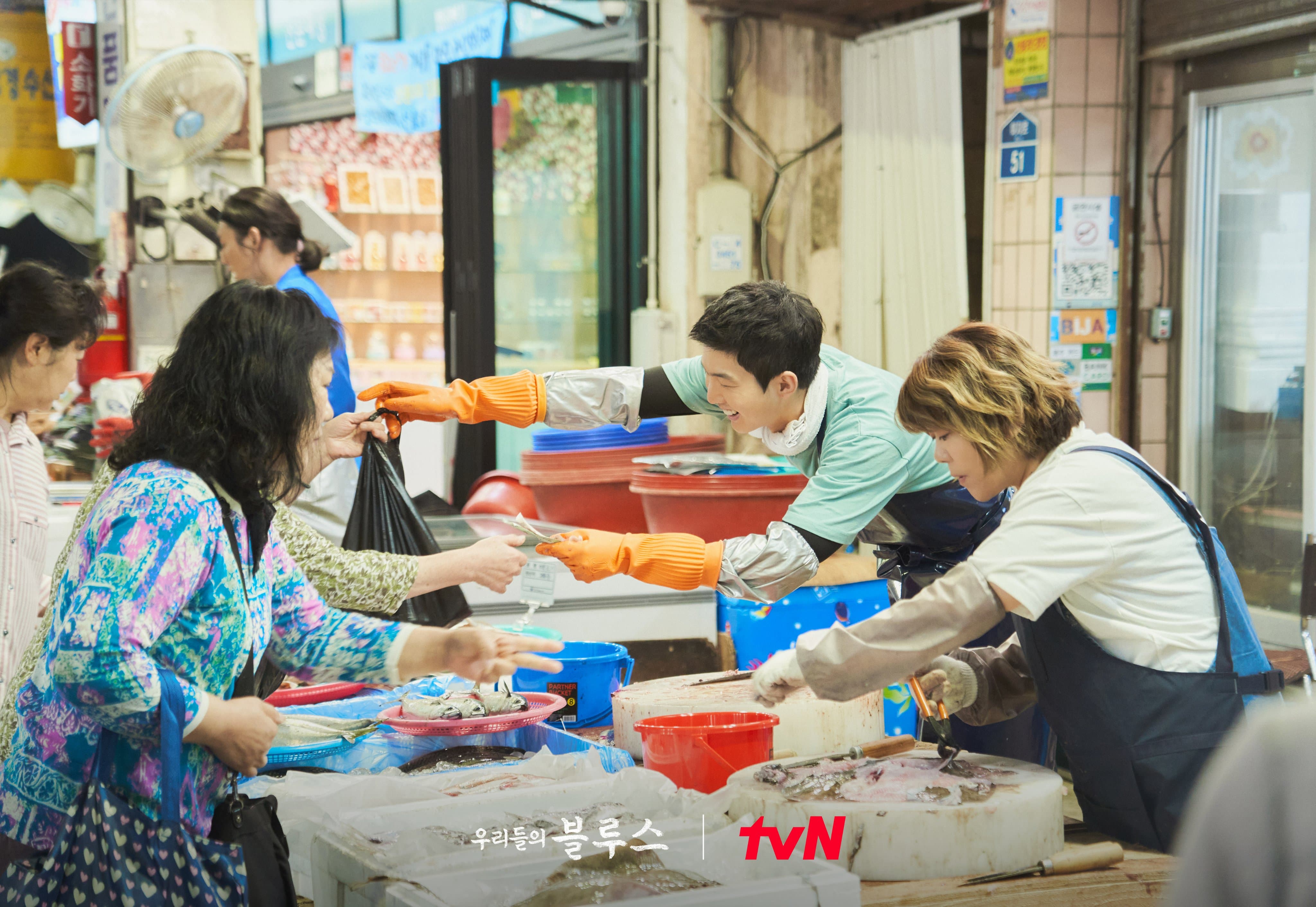 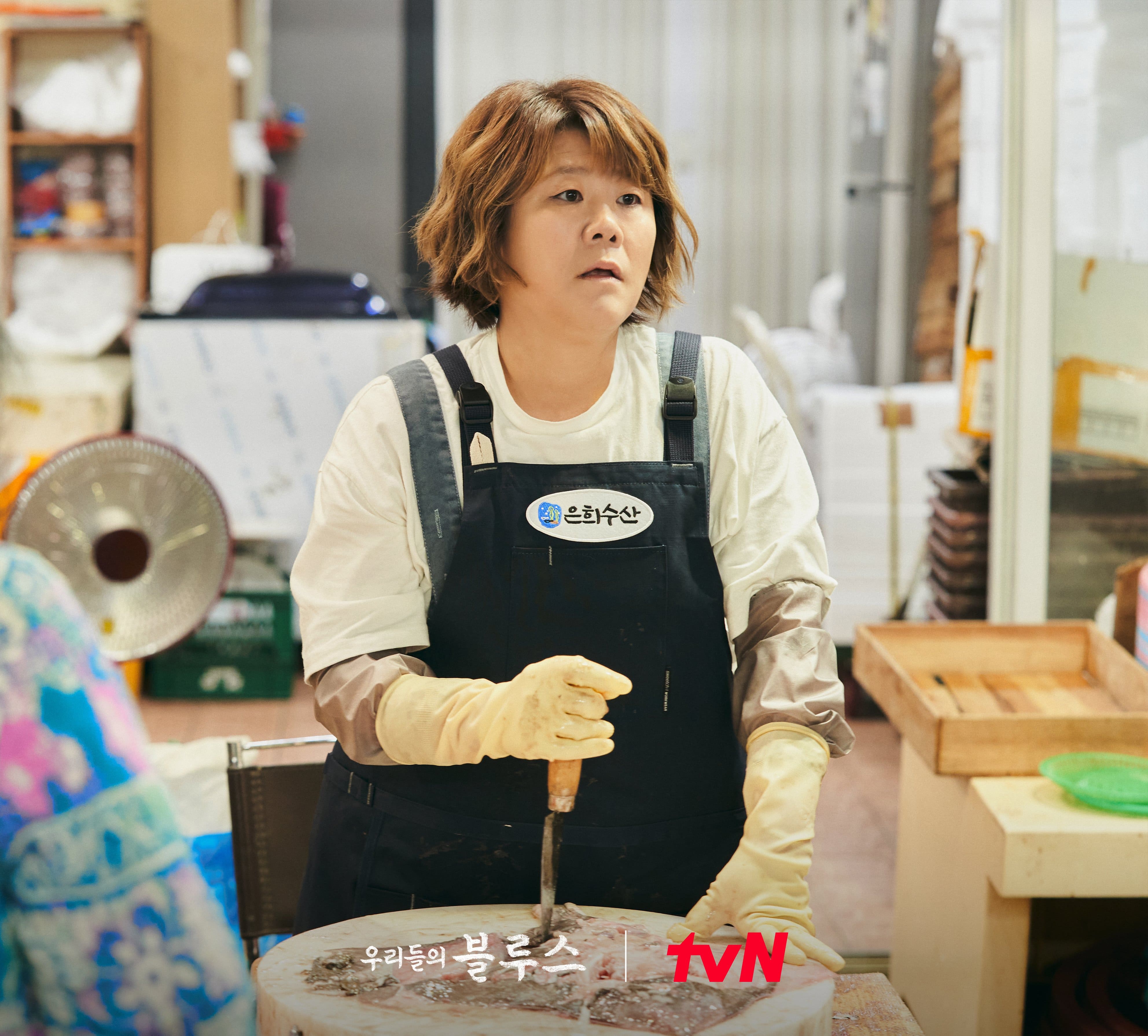 In the drama, Jung Eun Hee became a self-made store owner through her stubborn and diligent nature. Thanks to her hard work, she has several fish stores all over Jeju. She’s been working nonstop all her life to support her family. As a result, she has never gotten married, and there is no sign of romance in her harsh, barren life. However, Choi Han Soo returns to the island one day, and their unfinished love story starts to unfold.

It was revealed that Lee Jung Eun went to Jeju even before filming started to research her character, and she studied the actual market merchants to create her character. In addition to learning how to prepare fish, she learned the Jeju dialect and naturally integrated herself with Jung Eun Hee.

“Our Blues” will premiere on April 9 at 9:10 p.m. KST. In the meantime, check out a teaser for the drama here!

While you’re waiting, watch Lee Jung Eun in “Once Again“:

Lee Jung Eun
Our Blues
How does this article make you feel?