In the next episode of “Forecasting Love and Weather,” Park Min Young and Song Kang will be confronted with something that will make them go speechless!

Forecasting Love and Weather” is a romance drama about the work and love lives of people who work at the Korea Meteorological Administration, Korea’s national weather forecast service. Park Min Young stars as the frosty Jin Ha Kyung, who does everything by the book and is fastidious about keeping her personal and professional lives separate, while Song Kang stars as the free-spirited and determined Lee Si Woo, who boasts an impressive IQ of 150 but only cares about the weather.

On the previous episode, Lee Si Woo ultimately decided to break up with Jin Ha Kyung. Although she didn’t reply, it seemed like she agreed to go her separate way.

The newly released stills show Lee Si Woo and Jin Ha Kyung reuniting at her house after coming back from Jeju Island, raising questions about why they’re together when it seemed like they were going to end things. Someone confronts them with an object that causes their eyes to grow round with shock. They look completely taken aback, and they stare at each other in bewilderment. This item is expected to be the variable that will affect their relationship. 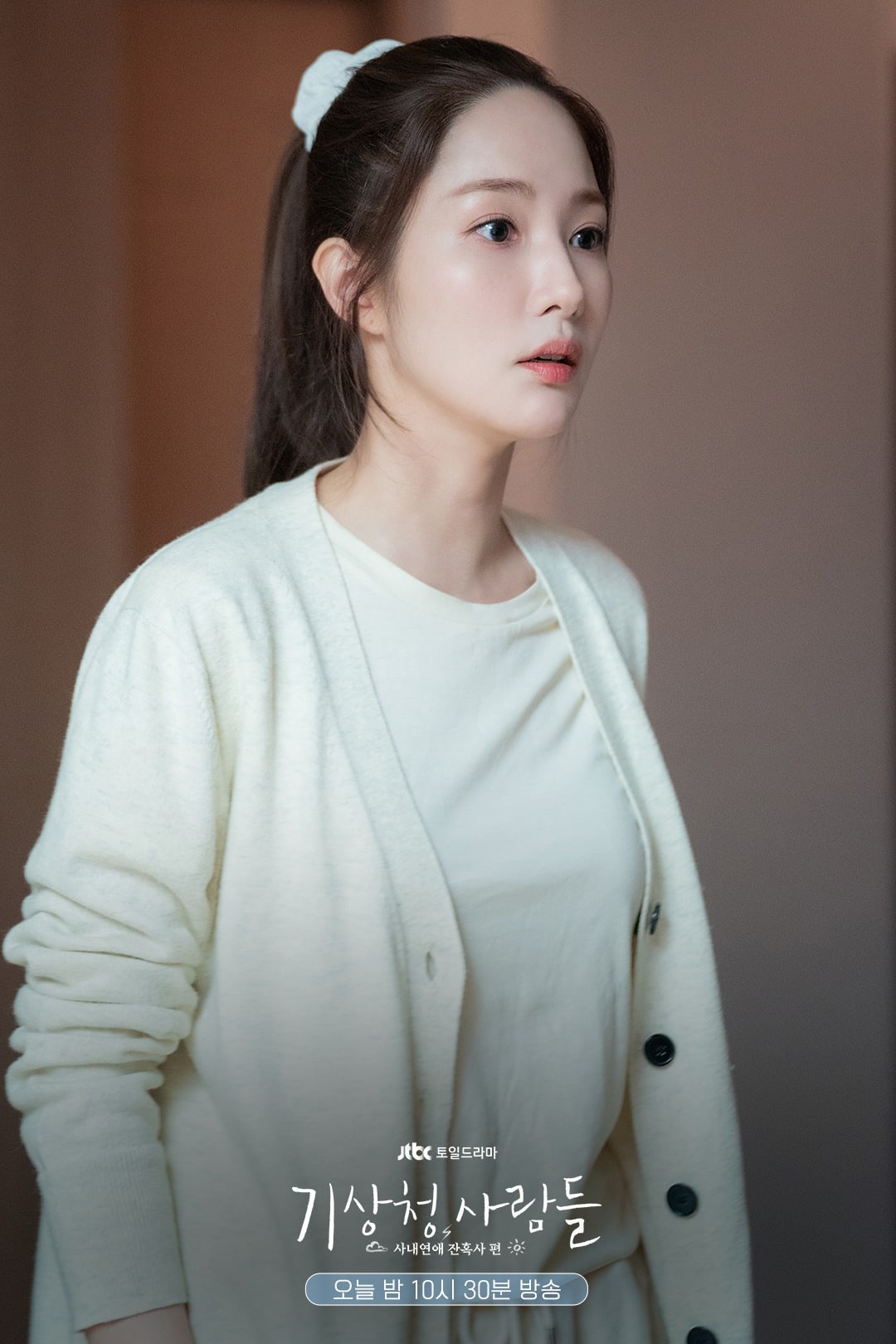 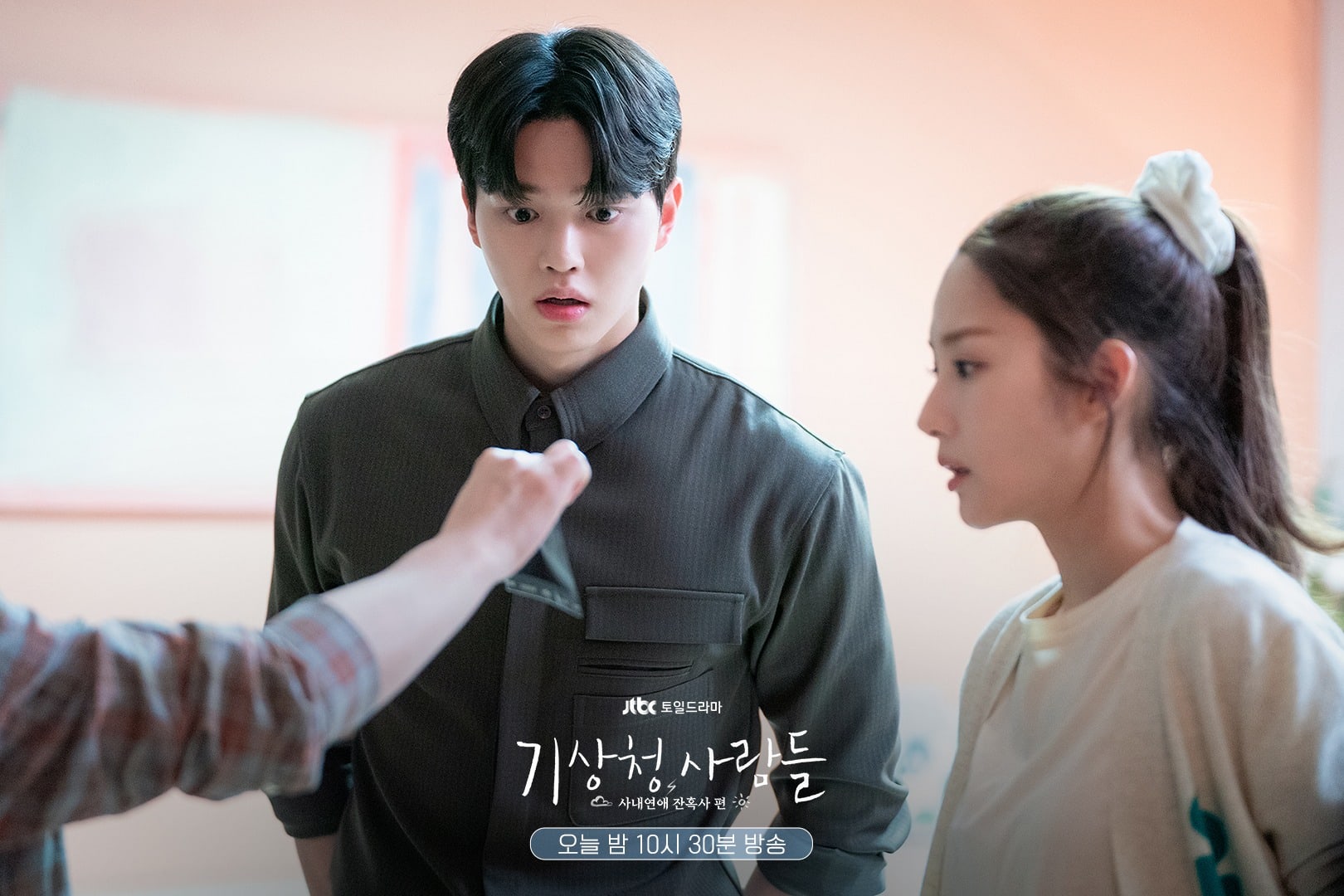 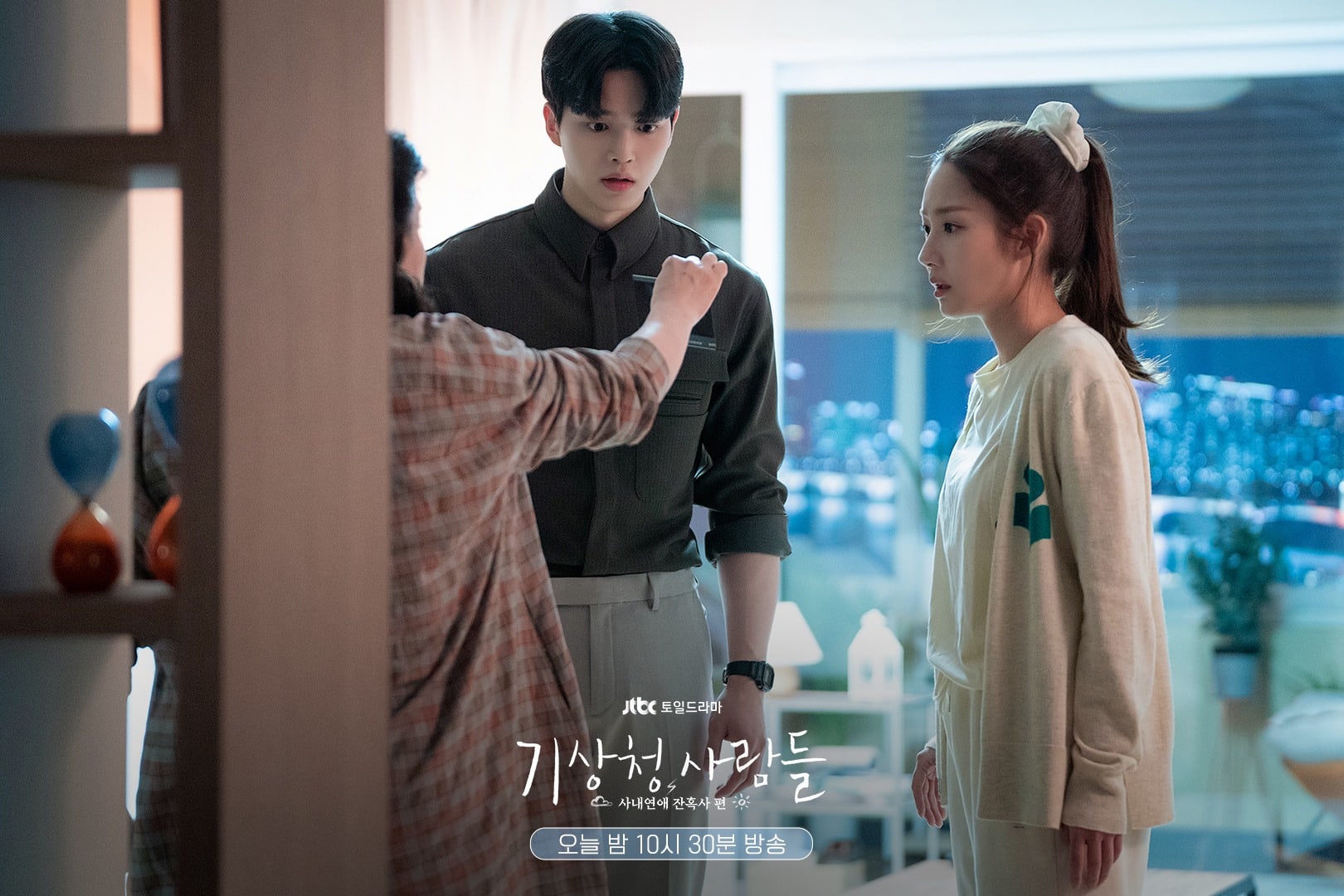 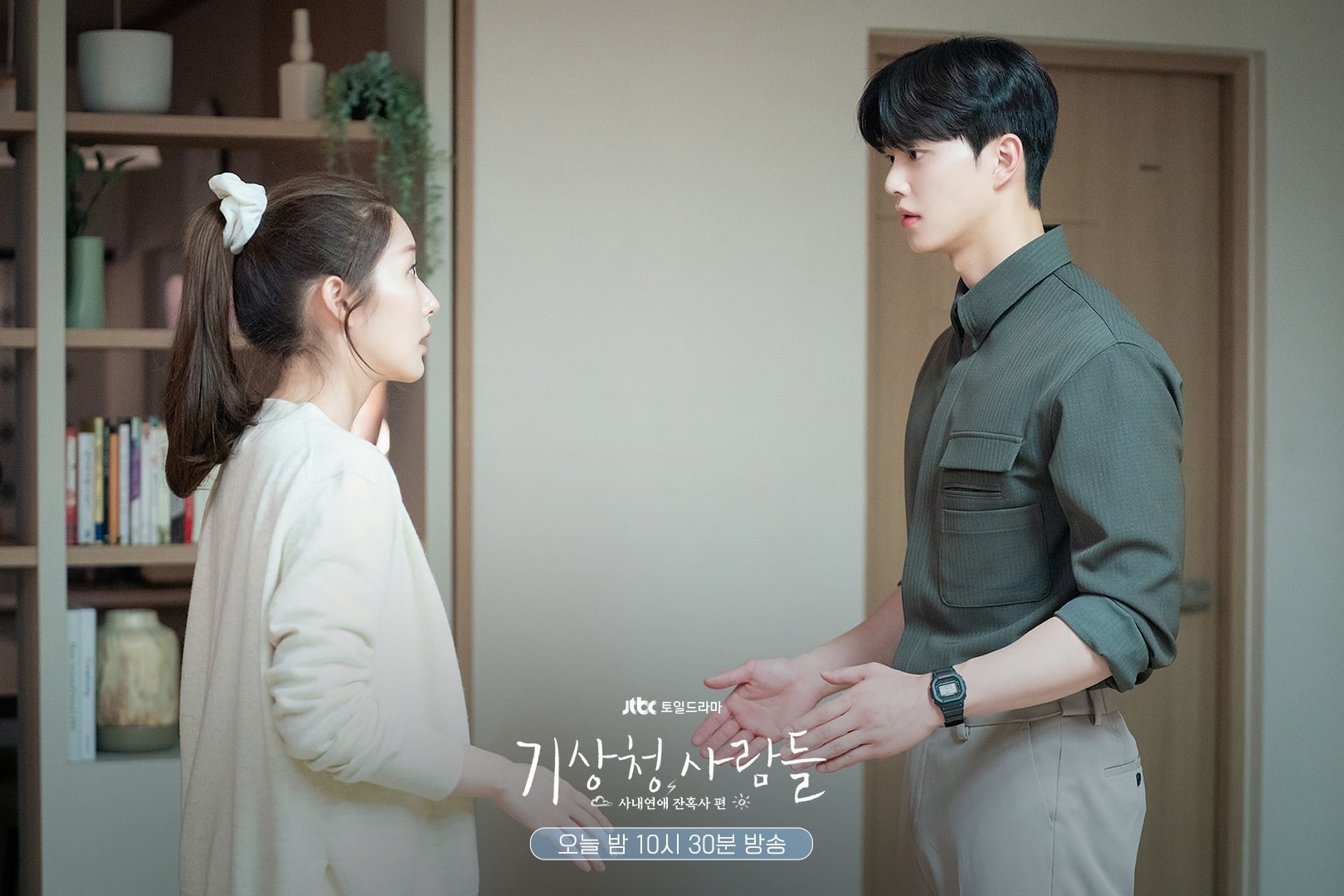 The drama’s producers stated, “An unexpected variable will occur in Jin Ha Kyung and Lee Si Woo’s love front, which is more unpredictable than the weather. Please watch until the end to see how they will overcome the situations they face consecutively and what kind of ending will be waiting for them.”

In the meantime, watch Park Min Young in “I’ll Go to You When the Weather is Nice” with subtitles below!