One of the most highly-anticipated dramas of 2022, the screen adaptation of Min Jin Lee’s New York Times best-seller “Pachinko” has finally arrived. The story chronicles the struggle to survive over four generations of a Korean immigrant family in Japan, told through the central character of Sunja (played by both Kim Min Ha and Youn Yuh Jung at different ages) acting as an anchor.

Read on to find out what stood out in the premiere episodes of “Pachinko” and if the series has measured up to expectations!

Warning: Mild spoilers for episodes 1-2 ahead.

It is vital for the first episode of every drama to successfully introduce its characters while still remaining interesting enough to keep viewers captivated, and “Pachinko” absolutely nails it. The premiere episode focuses on introducing some of our key characters, spending most of its time fleshing out Sunja’s childhood and upbringing in the early 20th century while setting the scene for her grandson Solomon’s (Jin Ha’s) own journey from America, Japan, and later, Korea in 1989.

“Pachinko” staunchly refuses to cut corners in this regard. It carefully carves out the relationships Sunja develops with her parents, the boarders at their home, and more, no matter how minor, and it shows how these relationships play a role in creating the Sunja we see later. 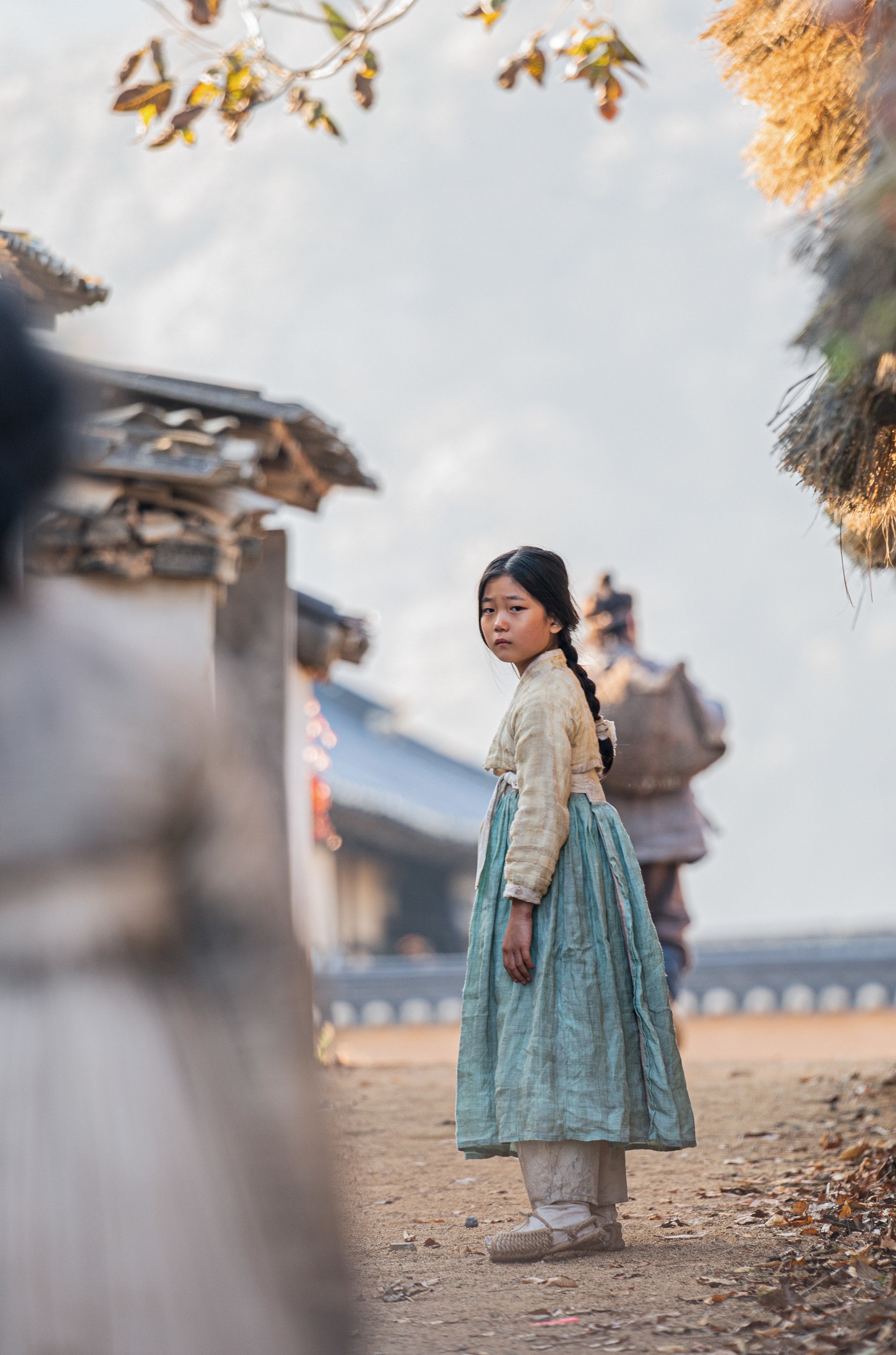 Despite the sheer amount of time spent on getting to know our characters, there isn’t a single moment where “Pachinko” feels remotely boring or slow. While frequent time skips easily lead to confusion, those in “Pachinko” are so seamlessly done, and this, coupled with the meticulous set-ups for Sunja and Solomon, sets the pace just right. 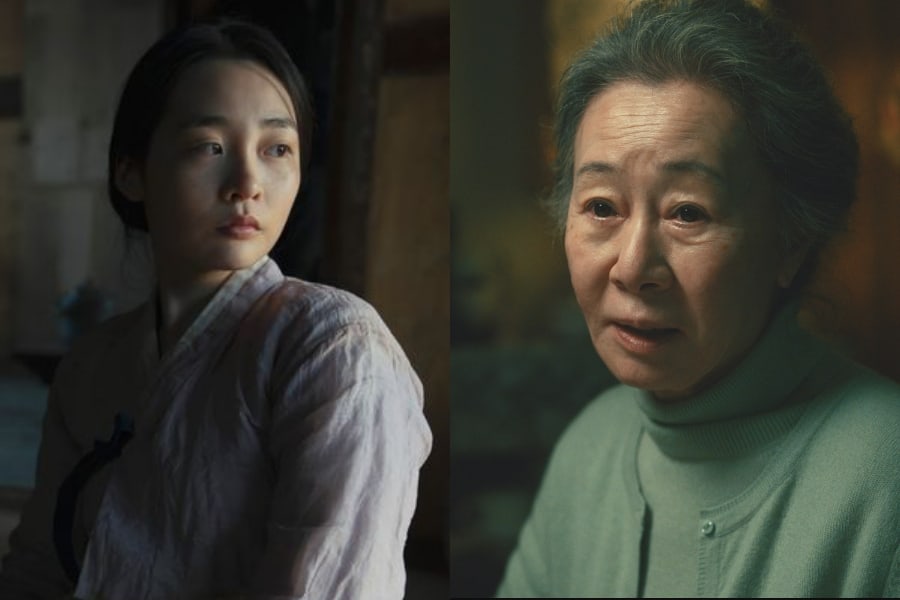 While “Pachinko” boasts one of the most star-studded casts among the K-dramas in 2022 thus far, the performances of Youn Yuh Jung and Kim Min Ha as the respective older and teenaged Sunja are hands down some of the best of all time.

We have yet to see the decades of displacement, oppression, and labor Sunja endures in her life in Osaka between the two timeframes, but each version of the character can be seen in the other – there are moments where Kim’s Sunja seems wise far beyond her years, while Youn’s Sunja retains some of the cheekiness and wit of her teenaged self. Despite the lack of resemblance in their physical appearances, they are unquestionably the same person.

3. Its honest retelling of history

Much of the drama, especially the scenes from the past, are set in a painful period in Korea’s history while under Japanese colonial rule. “Pachinko” does an excellent job at providing context to viewers who may not be familiar with East Asian history. The brutal and oppressive nature of the colonial period is made clear in the interactions between the Japanese soldiers and Koreans, yet never sensationalized or cheapened in needlessly drawn-out scenes of violence for cheap thrills. “Pachinko” successfully brings to the fore the gravity of Korea’s plight during this time without capitalizing on the nation and its people’s pain for shock value, a distasteful misstep often taken in works of historical fiction, whether intentionally or otherwise.

Again, by going back and forth in time, “Pachinko” explains how the past has shaped the complicated relationship between Korea and Japan, one that is often trivialized and oversimplified by foreigners, as seen in a scene where Solomon’s white American boss comments: “Oh yeah, the whole Koreans versus Japanese situation. Why can’t people just get over that?” 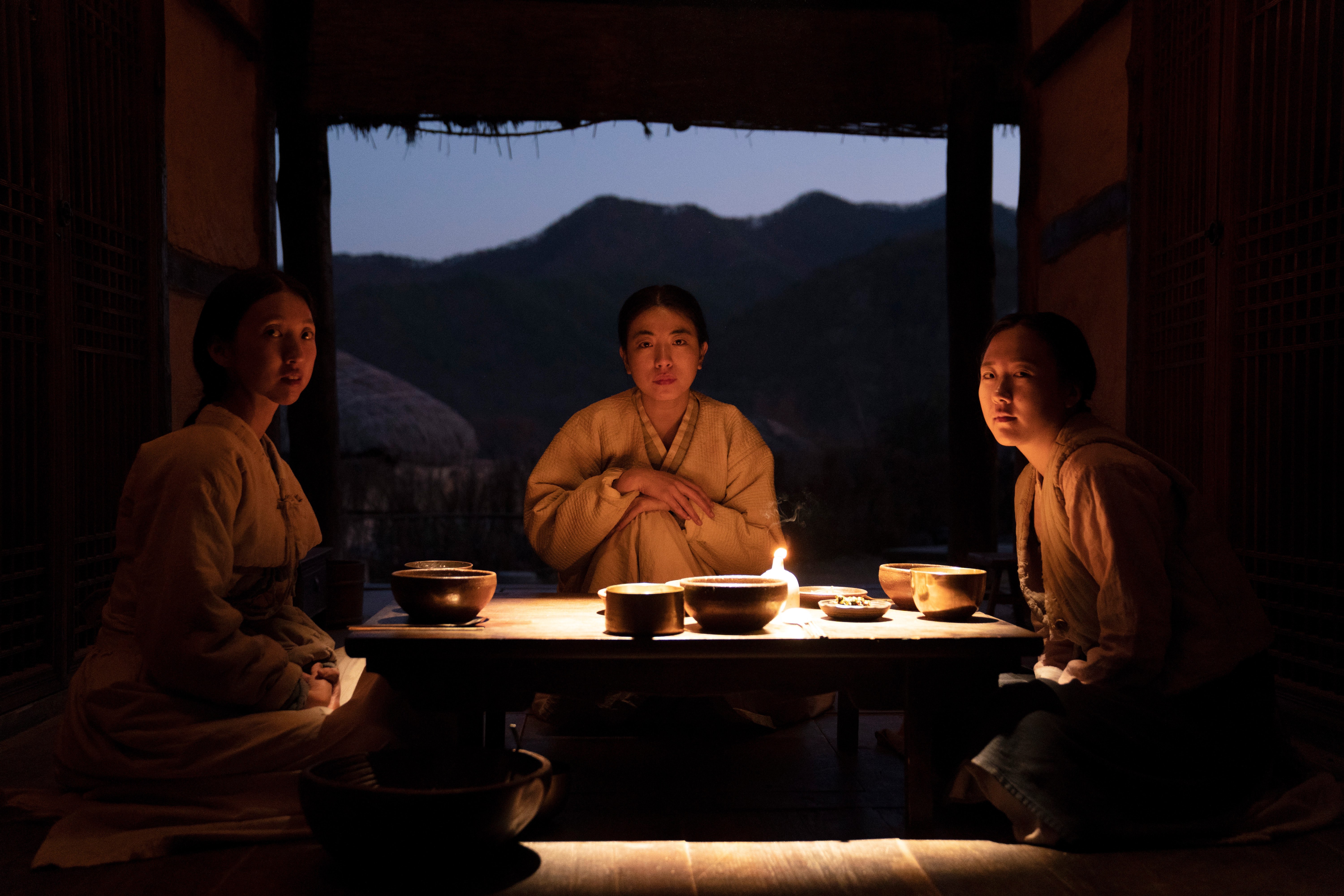 The drama adaptation of “Pachinko” does an excellent job of expanding on Solomon Baek’s character, adding to him fresh layers of complexity absent in the original novel. While it makes him less likable at times, this version of Solomon makes for a far more fascinating watch. Born and raised in Japan, Solomon struggles to reconcile with his Korean identity and how it has branded him inferior in Japanese society despite having never set foot in Korea and having little connection to the culture beyond his relationship with his grandmother Sunja. He knows he will never be truly Japanese because he is Korean, yet he feels disconnected to his roots, leading him to bear the tiniest hint of resentment towards his own heritage. 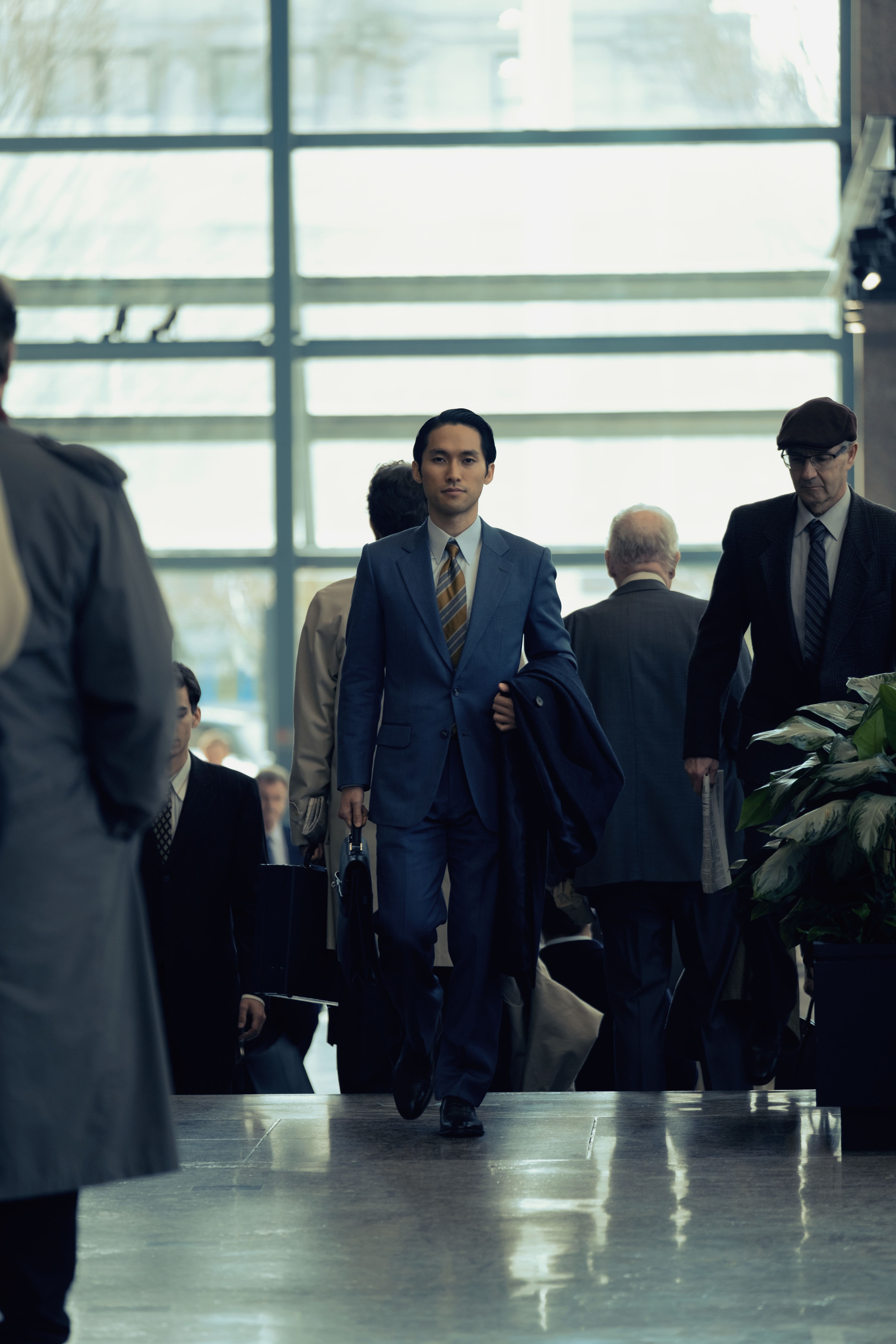 At the time the series begins, it seems Solomon has decided to pledge his loyalty to money instead of either nation, setting his sights on rising above the limitations of nationality and ethnicity to succeed as an individual. Juxtaposed with Sunja’s longing for her home country, it will be interesting to see how Solomon re-evaluates his cultural identity as his grandmother reconnects with hers.

Many of the characters in “Pachinko” speak both Korean and Japanese, while others speak English along with one of the two. Depending on the context and company, we see characters like Koh Hansu (Lee Min Ho), Solomon, Mozasu (Soji Arai), Naomi (Anna Sawai), and more code-switch and mix languages in a manner that is natural and realistic to speakers of multiple languages. 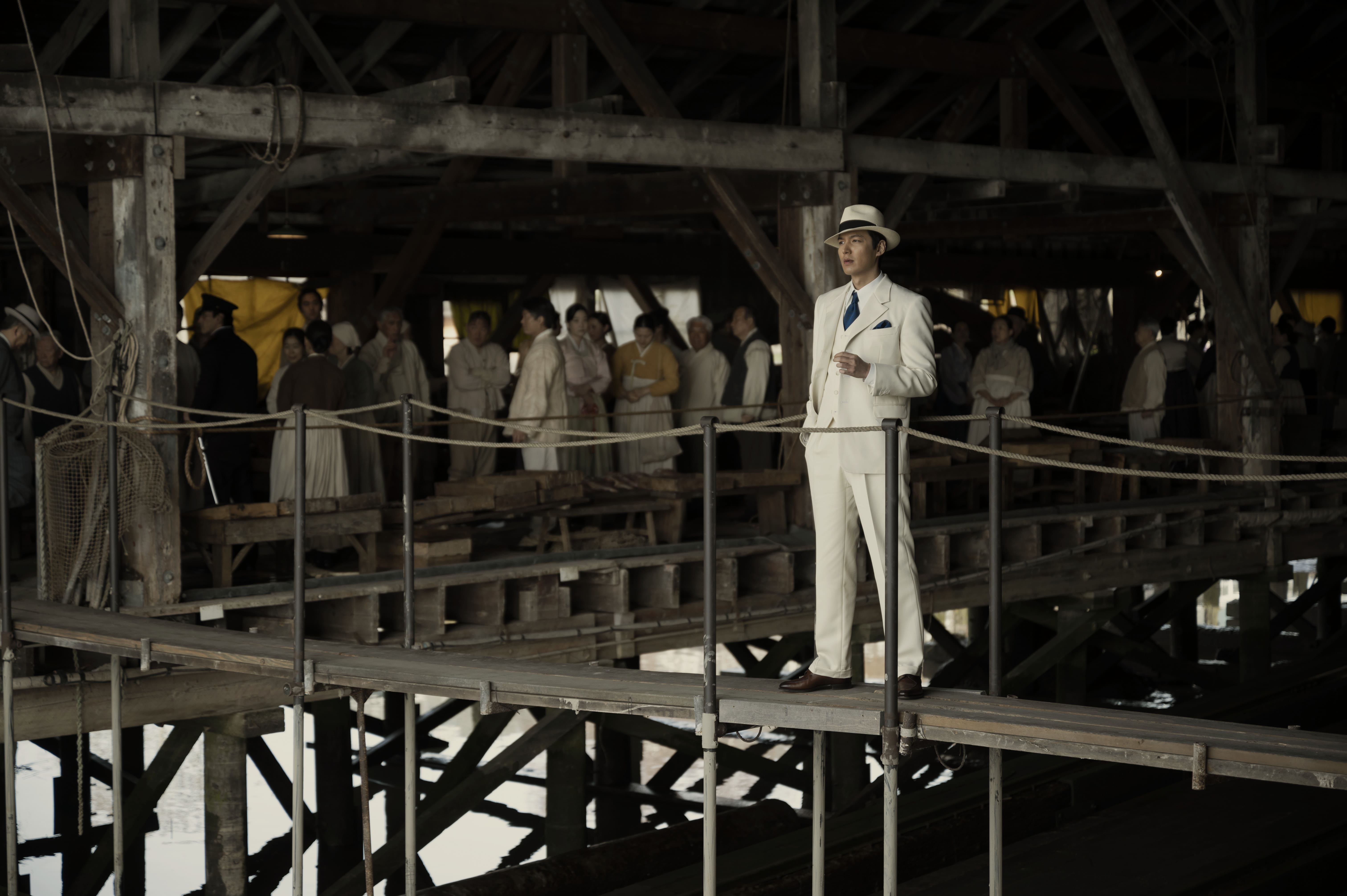 The use of certain languages at times is extremely intentional, and it is clear how much care has been taken by the showrunners in something as simple as throwing one Japanese word into a Korean sentence. Take Koh Hansu and Solomon, who are Koreans that spent much of their lives in Japan. Both characters will often switch to Japanese to prove a point or add weight to their words even with other Koreans, no doubt a habit picked up from having to sound “more Japanese” in order to be taken seriously.

Each language spoken represents a different facet of a character, and the way multilinguals choose to switch between languages to best express themselves, and their identities, in different conversations is a complexity often overlooked in productions filmed in multiple languages. 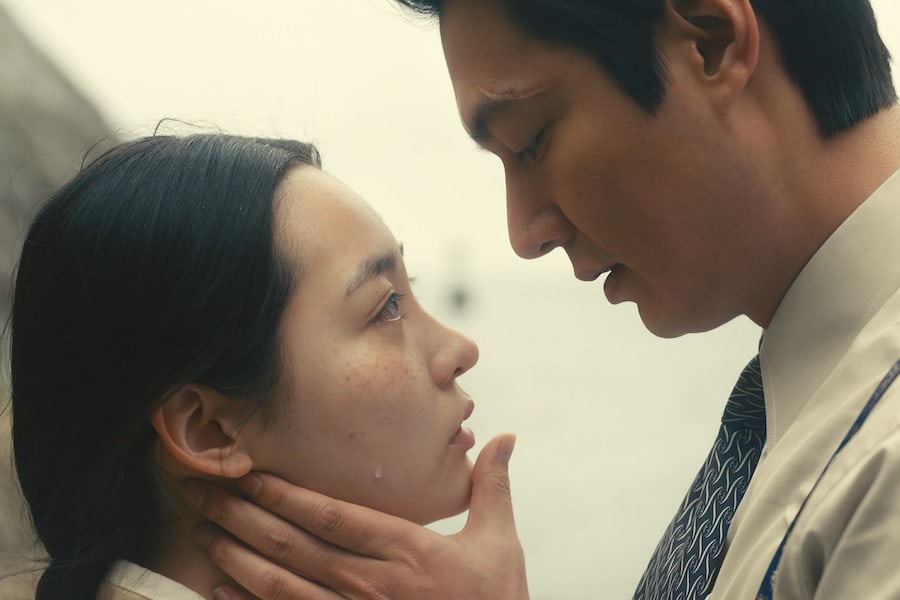 So far, “Pachinko” has proven to be a rich, compelling story brought to life by its talented cast and meticulous writing. While it is a tale of Korean immigrants in Japan, many moments in “Pachinko” are universally relatable – be it the immigrant experience, racial discrimination, or generational gaps – and most viewers are bound to find themselves in its characters from time to time.

What did you think of the premiere episodes of “Pachinko”? Let us know down below in the comments.

Gladys Yeo is a longtime K-entertainment fan and university student majoring in Media and Asian Studies. Outside of school and writing, she can be found listening to K-pop girl groups, attempting cool new pole tricks, or trying (and failing) to control her two pet corgis. Feel free to hit her up on Instagram to chat about dramas, music, and life!