MBC’s upcoming drama “From Now On, Showtime!” has released a teaser poster!

The new poster highlights the magical and spectacular setting of a stage magician who can summon real ghosts. Against a sparkling purple background, Park Hae Jin beckons to the audience to enjoy the show, while Jung Joon Ho lurks behind him with real magic in his hands. The ghosts show off their very human, comedic, and relatable sides, while Jin Ki Joo stands upright as a police officer who believes in upholding the law. Kim Hee Jae shows a more relaxed attitude as he holds a police baton despite wearing casual clothing. 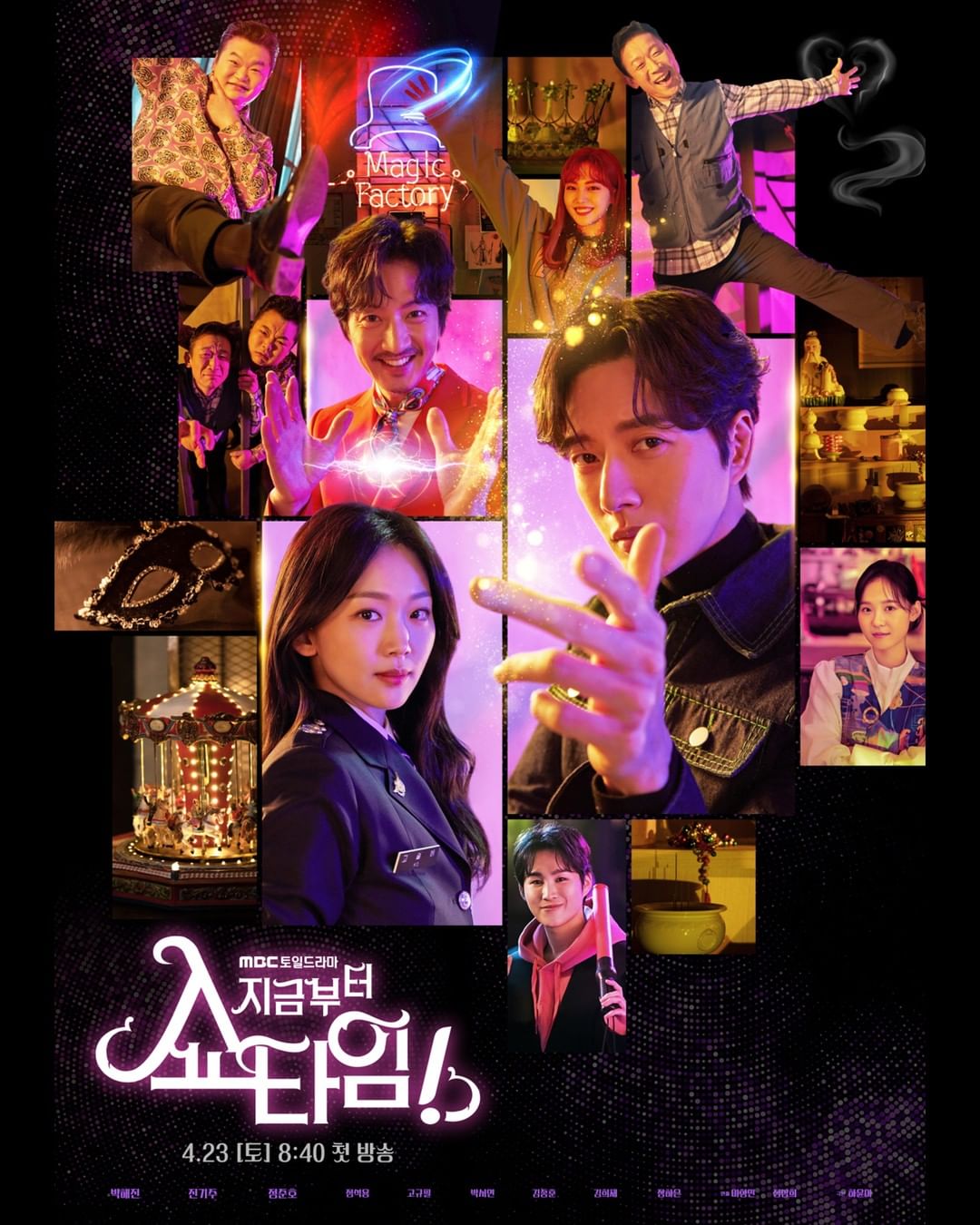 “From Now On, Showtime!” premieres on April 23 at 8:40 p.m. KST and will air on Saturdays and Sundays. It will be available on Viki.