Ahn Hyo Seop will catch Kim Sejeong off guard at work on the next episode of “A Business Proposal”!

At the end of the previous episode of “A Business Proposal,” Shin Ha Ri finally gave in to her growing feelings for Kang Tae Mu, calling him in a fit of jealousy after hearing that he was going on a blind date with another woman. After reassuring Shin Ha Ri that he had eyes for no one but her, Kang Tae Mu met up with her on a bridge, where the couple shared a romantic nighttime kiss.

On the drama’s next episode, Shin Ha Ri and Kang Tae Mu will go from fake dating to secret dating as they begin an actual relationship. In order to see his new girlfriend, the whipped Kang Tae Mu makes time in his busy schedule to seek her out at his company’s food research lab during work hours.

However, while Kang Tae Mu is eager to make their relationship obvious at work, Shin Ha Ri is flustered by his bold behavior in front of her co-workers during his sudden visit. As the two try to send each other secret signals without everyone else catching on, Shin Ha Ri’s research teammates appear shocked by something they see—raising the question of what they might have witnessed and whether it has to do with Kang Tae Mu and Shin Hari’s new relationship. 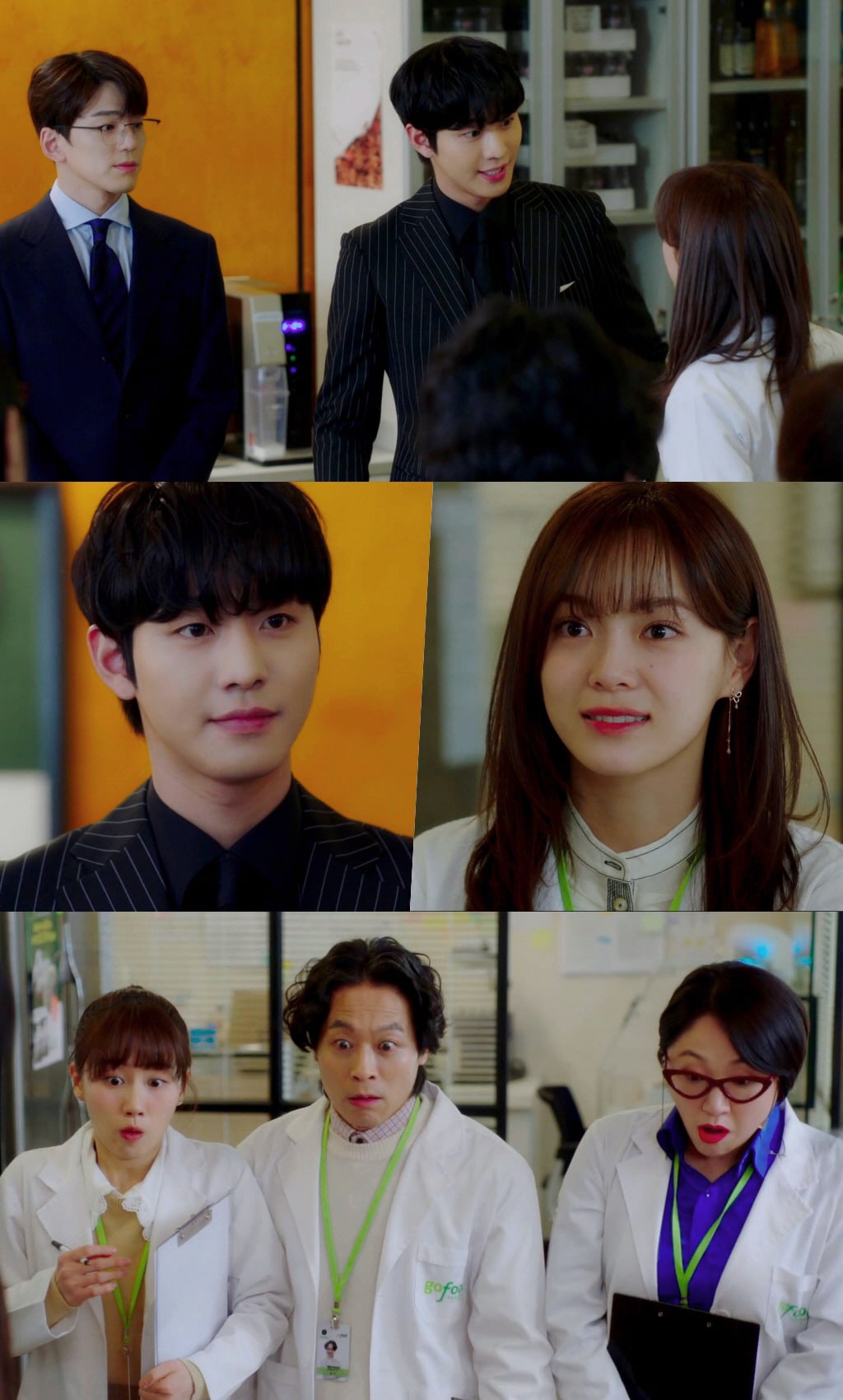 The producers of “A Business Proposal” teased, “Not only will there be unpredictable fun in watching Tae Mu and Ha Ri date without anyone knowing, but there will also be the heart-fluttering thrill that can only be felt in a secret relationship. Please look forward to Tae Mu and Ha Ri’s thrilling secret office romance.”

In the meantime, watch Ahn Hyo Seop in “Lovers of the Red Sky” with subtitles below!