On the latest episode of “Running Man,” Ji Suk Jin revealed that Yoon Eun Hye used to have a crush on Yoo Jae Suk back in the day!

As any fan of “Running Man” knows, Yoo Jae Suk often teases Kim Jong Kook about his former “love line” with Yoon Eun Hye on the classic variety show “X-Man,” which aired from 2003 to 2007 and often paired the two stars together as a couple.

During the March 27 episode of “Running Man,” Yoo Jae Suk attempted to tease Kim Jong Kook again by joking, “I just had the thought that it would be nice if Eun Hye were here with us.” As usual, Kim Jong Kook bristled at the sudden mention of Yoon Eun Hye, exclaiming, “You brought that up out of nowhere!”

Ji Suk Jin interjected with a laugh, “You know how on the ‘Running Man’ YouTube channel, there’s a compilation video of Yoon Eun Hye [mentions]? It’s nearly an hour long.” He then turned to the camera and added, “Eun Hye, let’s get in touch sometime!” 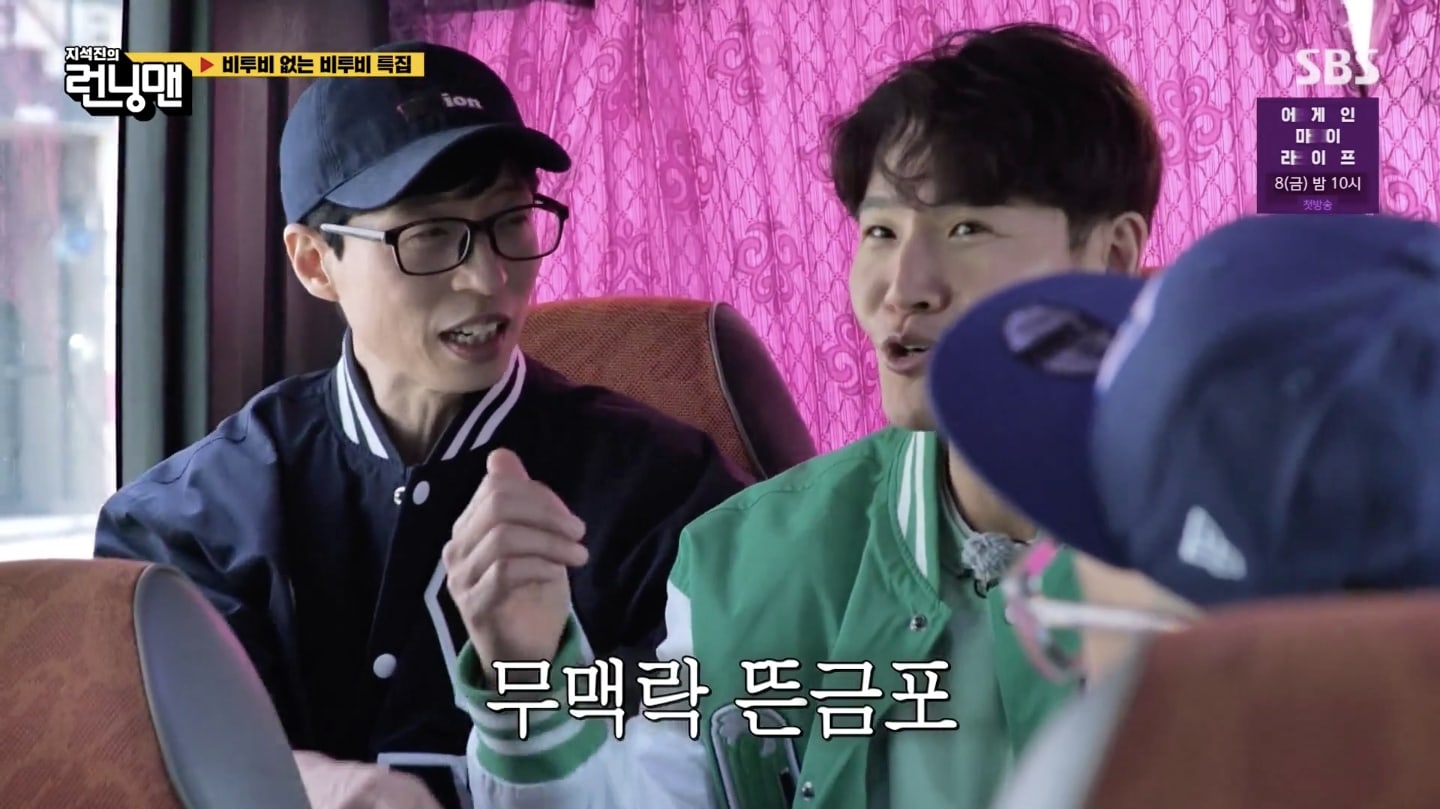 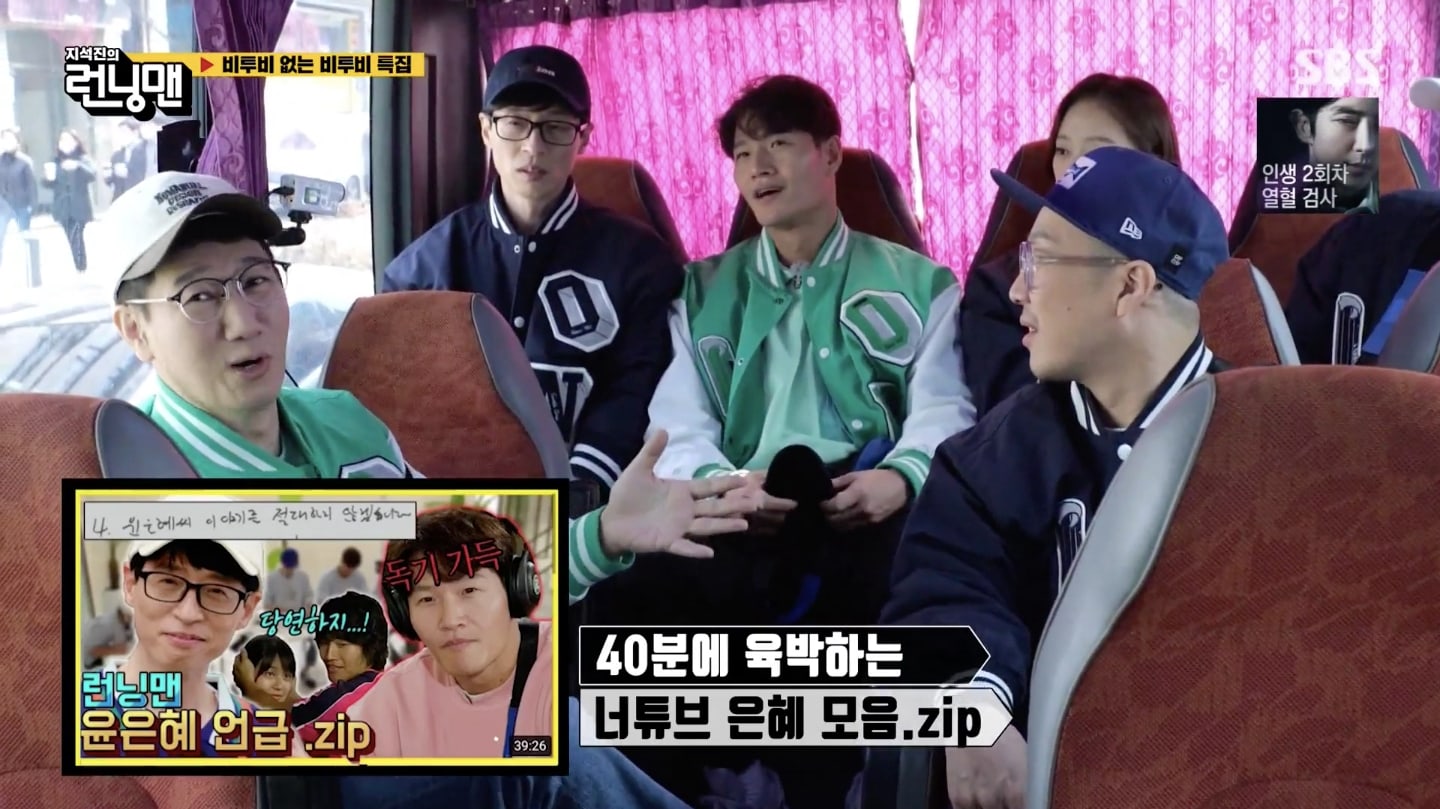 When Yoo Jae Suk asked if he’d ever actually met Yoon Eun Hye, Ji Suk Jin explained that he and Yoon Eun Hye worked together on the early 2000s SBS variety show “Fort Boyard,” where he was an MC alongside Lee Hyori and Nam Hee Suk.

Ji Suk Jin went on to reveal, “I still remember what Eun Hye and I talked about… Eun Hye told me then that she liked Jae Suk.”

HaHa responded by teasing Ji Suk Jin about his own celebrity crush from back then, saying, “That’s right, and because Eun Hye told you that she liked Jae Suk, you told her, ‘I like Yang Jung Ah.'”

Ji Suk Jin replied with an embarrassed laugh, “Yang Jung Ah will be so surprised when she hears this,” before playing it off by turning to the camera and exclaiming, “Jung Ah, I’m always rooting for you!” 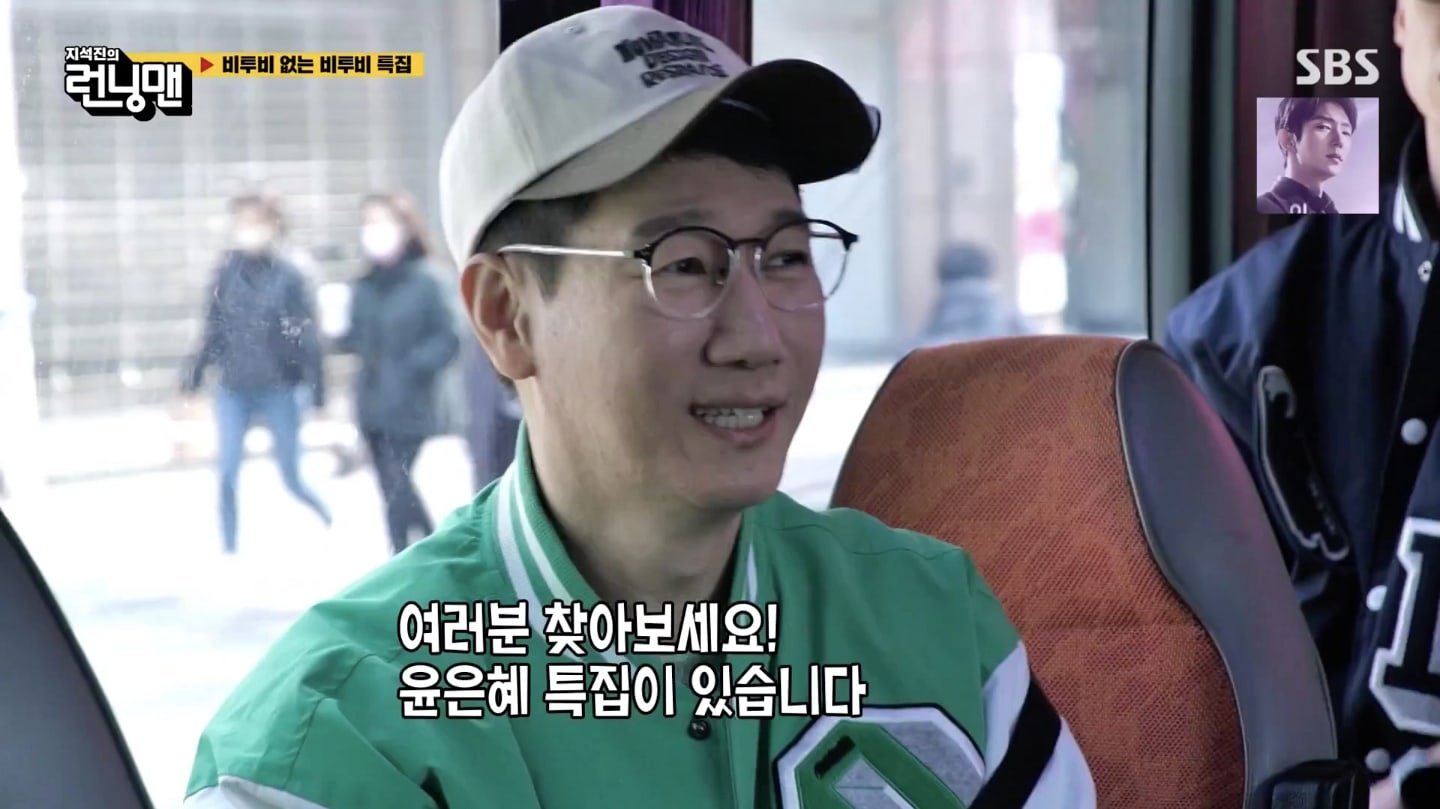 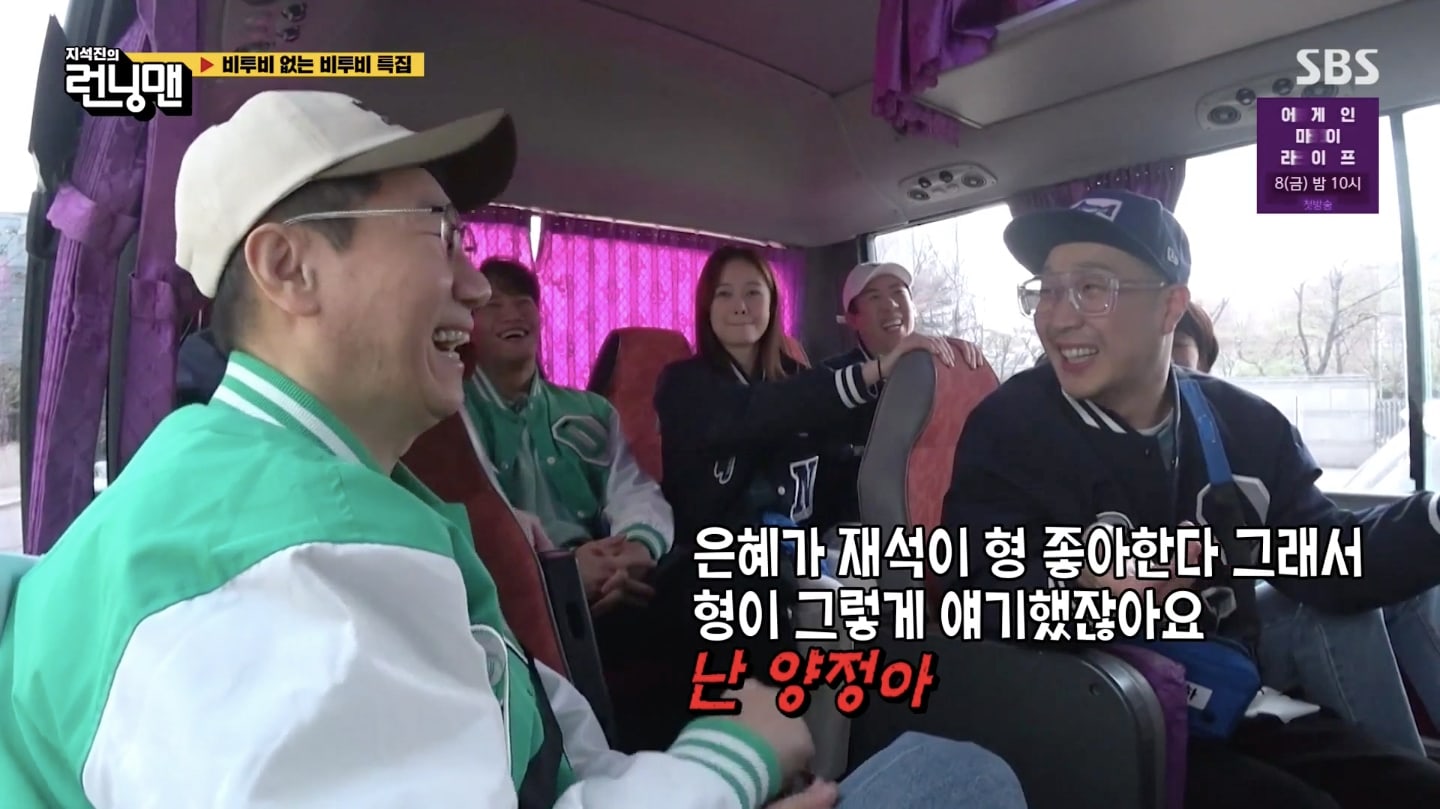 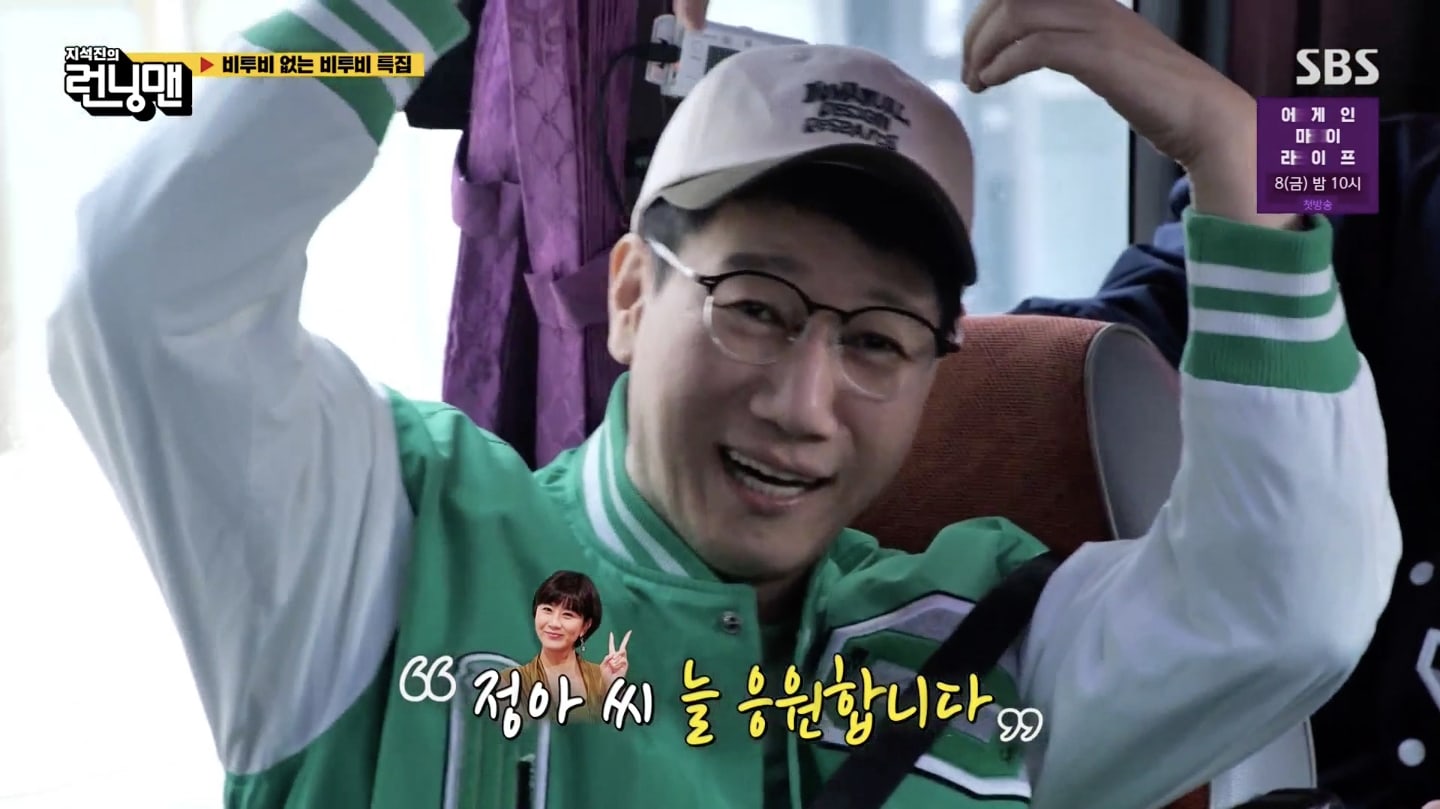 …and watch Yoon Eun Hye in the documentary “My Dear Youth – Coffee Prince” below!