Mark your calendars – “The Sound of Magic” is gearing up for its premiere!

Upcoming Netflix original series “The Sound of Magic” is described as a fantasy music drama about the story that unfolds when the mysterious magician Lee Eul suddenly appears in front of a girl named Yoon Ai, who has lost her dreams, and a boy named Na Il Deung, who is being forced to dream. The drama is based on the webtoon “Annarasumanara” by writer Ha Il Kwon which was serialized on Naver Webtoon in 2010 and adapted into a play.

On May 6, “The Sound of Magic” released a new poster with an invitation sent by the mysterious Lee Eul who makes the village people curious by living alone in a ruined amusement park. Lee Eul appears in front of Yoon Ai and Na Il Deung, introducing himself as a magician and gifting the two a special moment of a lifetime. Although the two are past the ages of believing in magic, the poster hints at the magical moments to come with the light shining from the invitation and the text on top asking, “Do you… believe in magic?’ 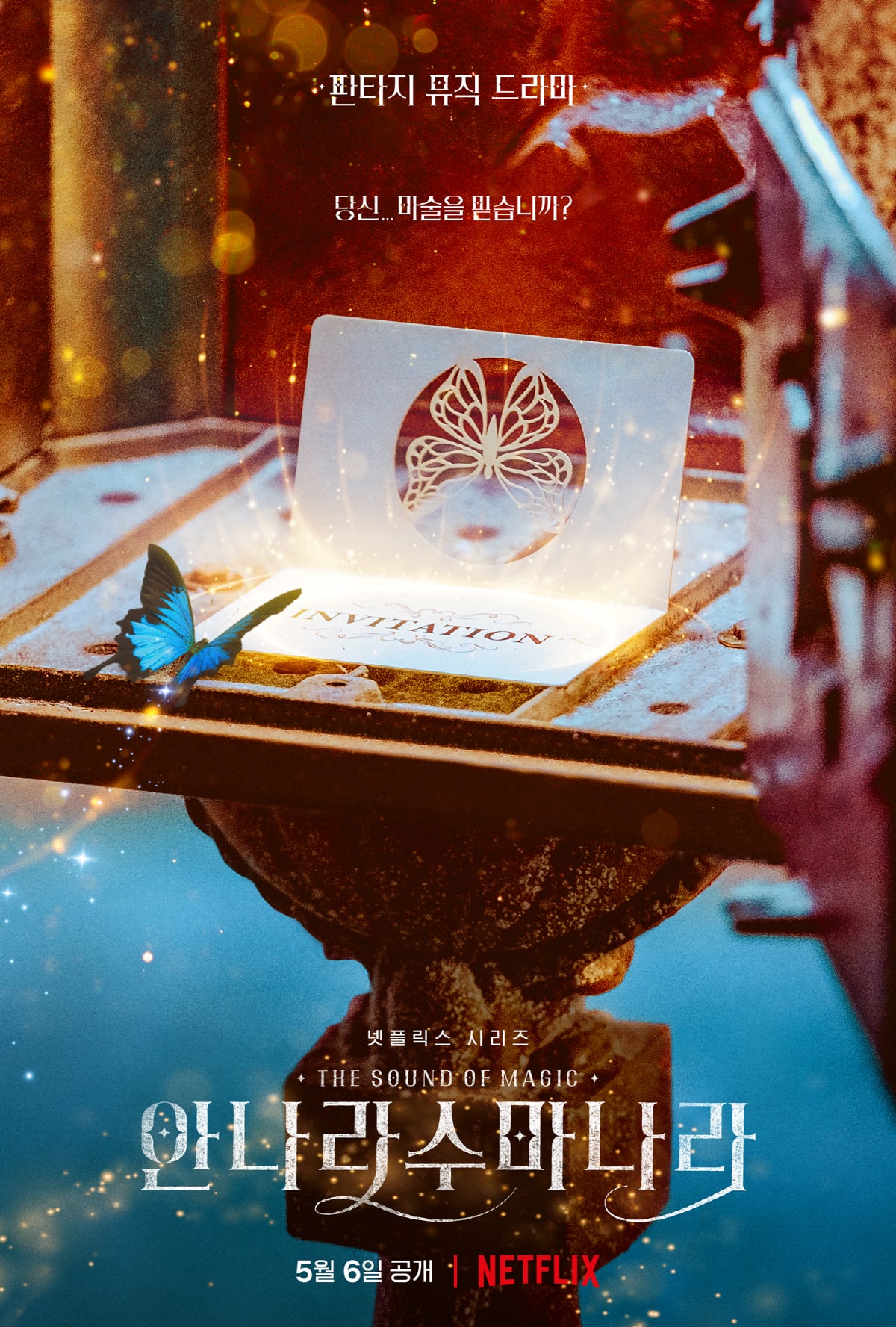 The drama will be helmed by producing director (PD) Kim Sung Yoon of “Love in the Moonlight,” “Itaewon Class,” and “Discovery of Love,” and the script will be penned by Kim Min Jung who previously worked with PD Kim Sung Yoon on “Love in the Moonlight” and “Who Are You.” Together, the director and writer will involve musical elements in the drama in addition to the delicate sensibility and breathtaking magic of the original webtoon.

In addition to “The Sound of Magic,” Ji Chang Wook is also confirmed to star in the new drama titled “Tell Me Your Wish” (literal title). Rising actor Hwang In Yeop has amassed a strong following of fans with his roles in “18 Again” and “True Beauty,” and he is also confirmed to star in “Why Her?” Choi Sung Eun is a newcomer who has captivated viewers with her acting in “Beyond Evil” and the episode “Joan’s Galaxy” from “SF8.”

“The Sound of Magic” will premiere on May 6. Stay tuned for more updates on the drama!

In the meantime, watch Ji Chang Wook in “Backstreet Rookie”: