In the newly released stills, Kang Tae Mu and Shin Ha Ri continue to date in secret. Although they’ve decided not to tell anyone about their relationship, the new stills reveal Kang Tae Mu having a difficult time keeping the secret, going so far as to even follow Shin Ha Ri along on a company team dinner.

The new preview images capture Kang Tae Mu tagging along with the food development team for their dinner outing. At the company, Kang Tae Mu is known as a workaholic CEO. Having never attended a casual team dinner before, the employees are surprised by his unexpected participation. Meanwhile, Shin Ha Ri is nervous because she is worried about their relationship being exposed.

Despite the employees finding the situation slightly awkward and uncomfortable, Kang Tae Mu is busy grilling meat with a content expression on his face. The scene is even more hilarious since Kang Tae Mu appears to be the only one enjoying the event. Nevertheless, the deputy director (Lim Ki Hong) tries his best to brighten the mood, raising anticipation for the upcoming episode. 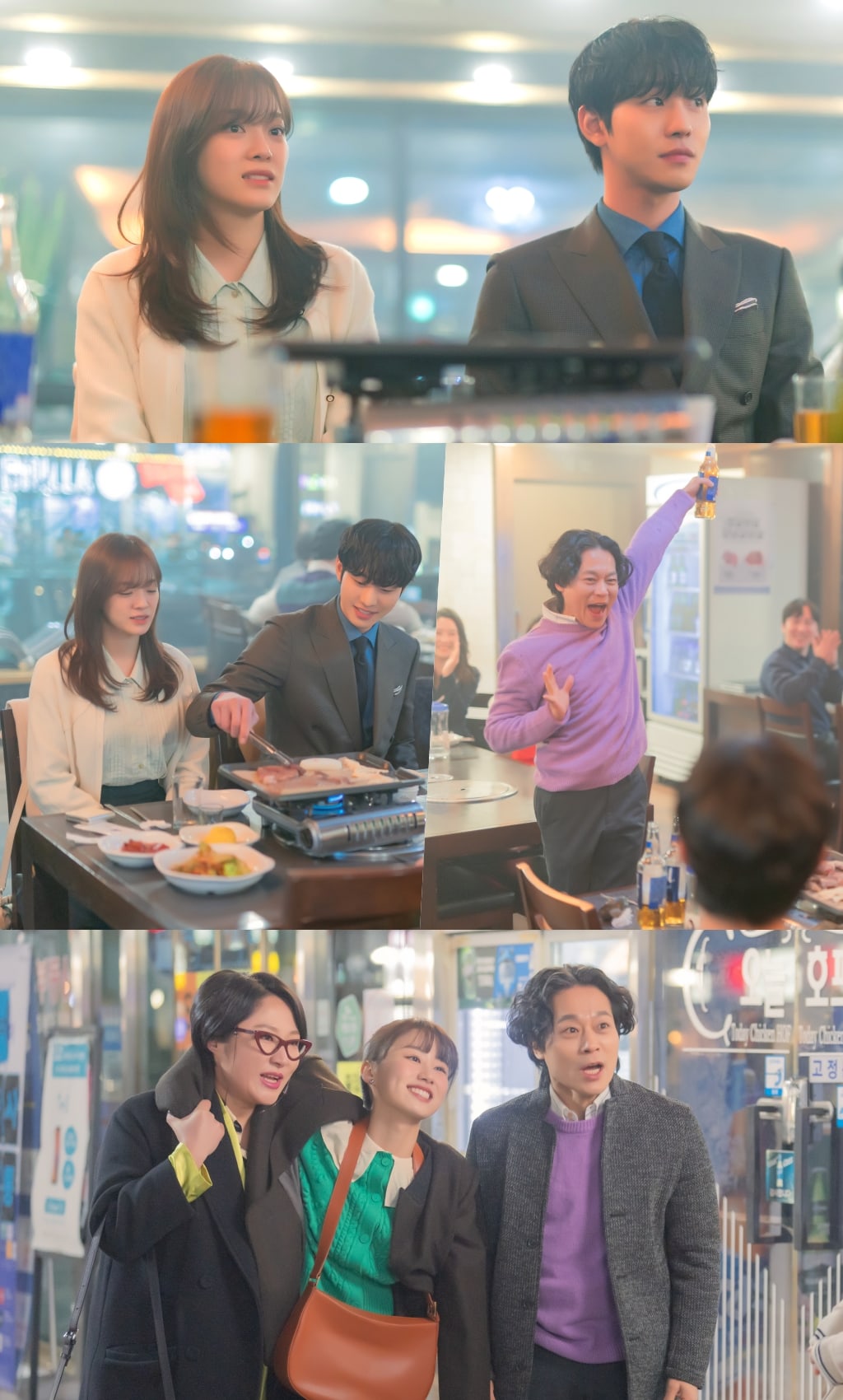 In the meantime, watch Ahn Hyo Seop in “Lovers of the Red Sky“: