Crazy in love or crazy for revenge?

KBS2 drama “Crazy Love” tells a sweet, savage, and chaotic love story between a rude but skilled instructor who receives a death threat and his secretary who is diagnosed with a terminal illness. Kim Jae Wook stars as Noh Go Jin, a narcissistic man who is the CEO of the education company GOTOP and the top math instructor in the country. Krystal stars as Lee Shin Ah, Noh Go Jin’s secretary who does not have much of a presence.

Lee Shin Ah is at a crossways with the latest developments. With a plot moving at the speed of light, she has already moved through the stages of fury, revenge, and now reached a state of resignation. Here’s how it went down:

1. A well-grounded burst of fury

Lee Shin Ah started at GOTOP as an intern with the dreams of one day standing on the podium herself. But after blowing off her one chance at the auditions due to nerves, she settled for remaining at the company working as a secretary instead. Her hopes were to make something happen by enduring whatever it takes, but life as Noh Go Jin’s secretary wasn’t easy. His overbearing ways and rude demeanor made every day a living hell for her. A year into the job, all she was left with was hair loss, a variety of health-related issues, and a diagnosis of a terminal illness. After finding out that the biggest cause was stress, she couldn’t help but find blame in her biggest stress factor, her boss.

2. An unquenchable thirst for revenge

After the initial rage came a desire to ruin everything for Noh Go Jin. Lee Shin Ah soon fired a three-tiered revenge at her boss, starting with threatening him with a hammer. She also slapped him with a letter of resignation and stuffed his mouth with onions, which he highly dislikes. Her perfect combination of revenge gave viewers an opportunity to experience second-hand satisfaction.

Unfortunately, all her efforts were fruitless because Noh Goh Jin got into a hit-and-run accident that left him with memory loss. Of course, he didn’t remember any of Lee Shin Ah’s efforts to get back at him for treating her so poorly for the past year. But right as Lee Shin Ah began to think it was unfair, she devised a new plan. Her plan was to act as Noh Goh Jin’s fake fiancée and make sure he had a miserable time with her.

3. A final resignation to say goodbye

At a point well into her execution of revenge, Lee Shin Ah witnessed the death of a young delivery man in a car accident, and she realized that life is something that can escape us at any moment. At this, she began to feel grateful that because she knows her death is imminent, she at least gets to spend time saying goodbye. In the coming episodes, she will prepare for her final farewell by wrapping up things at the office and taking photos to be used for her funeral. 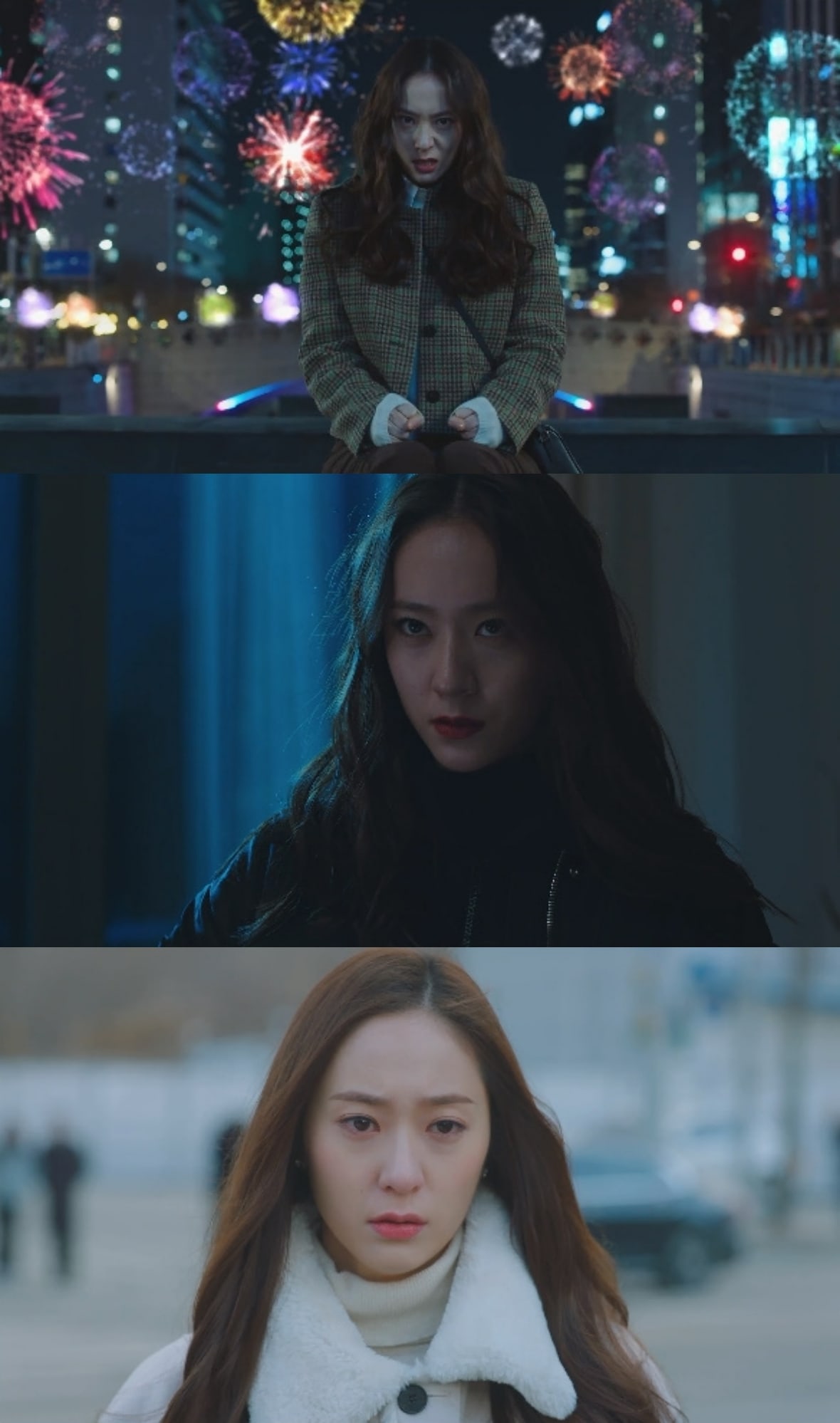 The production team commented, “In episodes 7 and 8, a pivotal incident occurs to Lee Shin Ah, and she goes through a big emotional transition. Krystal has reached a point where she is perfectly in tune with Lee Shin Ah, and she naturally expresses how these changes occur. Please keep on the lookout for how her emotions evolve as she prepares for the end.”

In the meantime, watch Krystal in “Police University“:

Krystal
Crazy Love
How does this article make you feel?