Ahead of its premiere, “Green Mothers’ Club” has dropped three key points to introduce the drama!

JTBC’s “Green Mothers’ Club” is a new drama about the dangerous relationships between parents at a local elementary school – and the hidden dark side of this seemingly friendly community. Lee Yo Won, Chu Ja Hyun, Jang Hye Jin, Kim Kyu Ri, and Joo Min Kyung will star as five very different mothers who belong to the same parents association at the school.

With just over a week left until its premiere, here are three key points to get a better grasp at what this drama’s all about.

1. A gathering place for all types of moms – from “new mom” to “alpha mom”

The elementary school parents association “Green Mothers’ Club,” which is unavoidable if you’re a mother in South Korea, serves as a gathering place for all types of mothers with all types of education values and parenting styles. From “new mom” Lee Eun Pyo to “alpha mom” Park Yoon Joo, who moves to this community solely for her child, “Green Mothers’ Club” will highlight different approaches to parenthood.

“New mom” Lee Eun Pyo (Lee Yo Won) is the complete opposite of “tiger mom” Byun Choon Hee (Chu Ja Hyun) who has everything perfectly planned out. Kim Kyu Ri plays “outsider mom” Seo Jin Ha who raises her kids in her own way, while Jang Hye Jin stars as “Scandi mom” Kim Young Mi, who finds it important to have an emotional connection with her child. Finally, there’s the passionate “alpha mom” Park Yoon Joo (Joo Min Kyung), who rounds out the drastically different group of moms in “Green Mothers’ Club.” 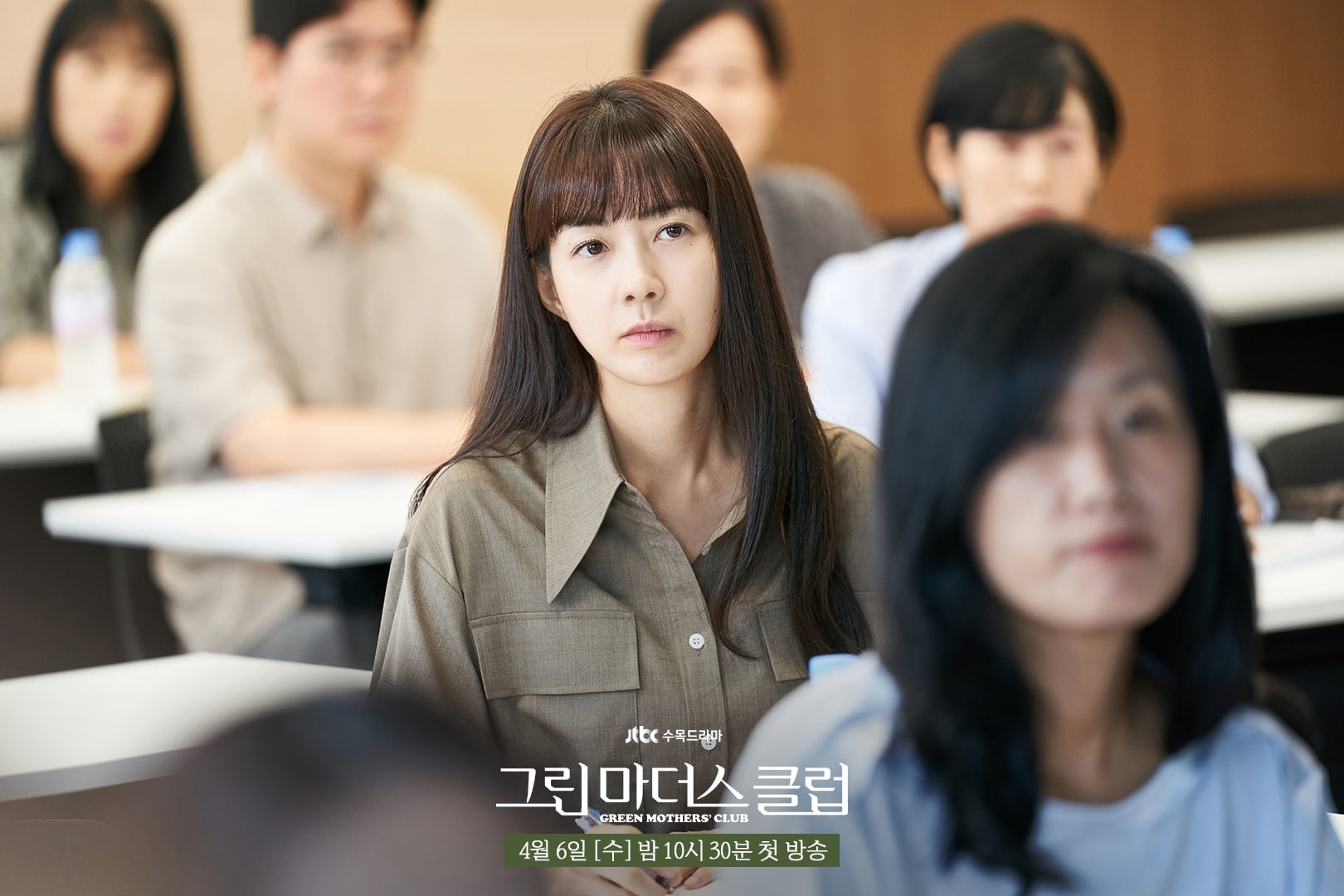 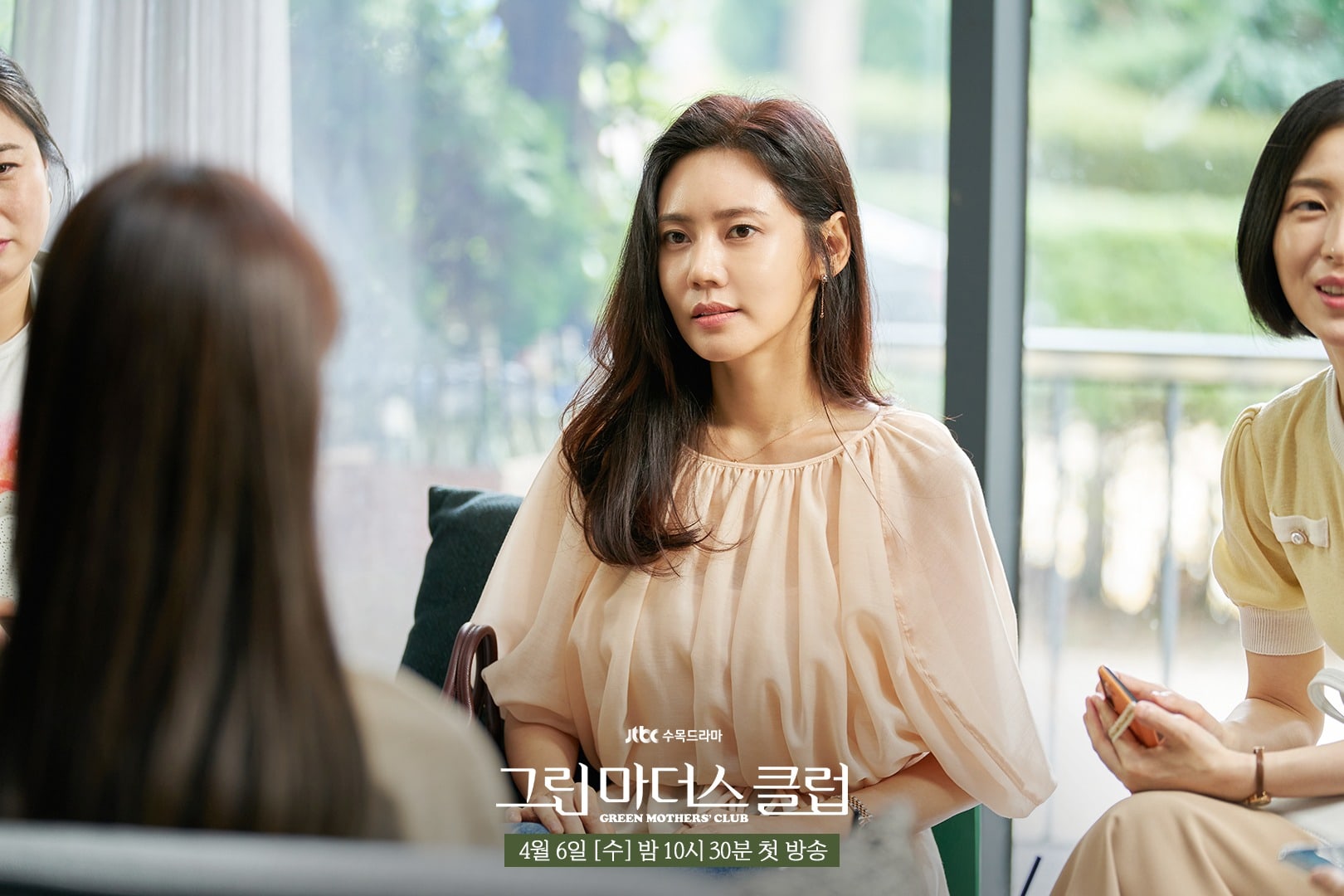 2. The place of psychological warfare among mothers who cannot bear to be in second place

The mothers in “Green Mothers’ Club” only have one goal – raising their child to have no need to envy others. Out of hopes that their child will be more successful and comfortable than others, these mothers set out on a competitive psychological battle to gain any sort of valuable information from the parents association.

While she initially finds the parents association awkward, “new mom” Lee Eun Pyo eventually adapts to the atmosphere and boldly jumps in to the war of private education. As the queen bee of the “Green Mothers’ Club” with by far the most information, Byun Choon Hee keeps her distance from other mothers, knowing that they’re eyeing her plan. Additionally, Park Yoon Joo stealthily collects information from other mothers in the “Green Mothers’ Club” in order to help out her smart daughter.

Kim Young Mi is a self-proclaimed “woke mom” who criticizes the wave of private education and is completely against children’s excessive prerequisite learning. Despite having a completely different approach from the other moms, Kim Young Mi has a genius son whose life doesn’t revolve around private lessons. Although they all have different methods, they all have the desire for their child to be happier than others. 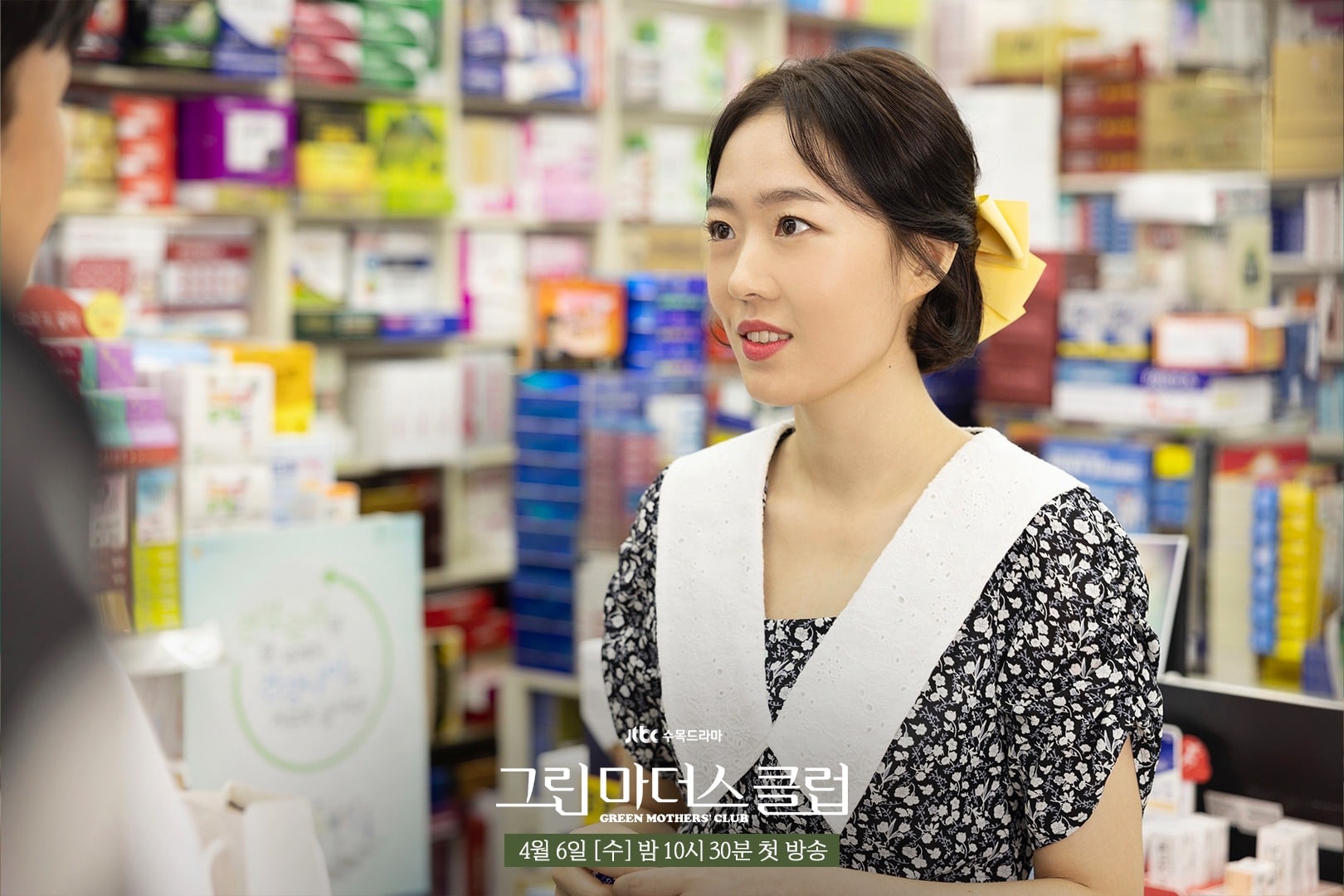 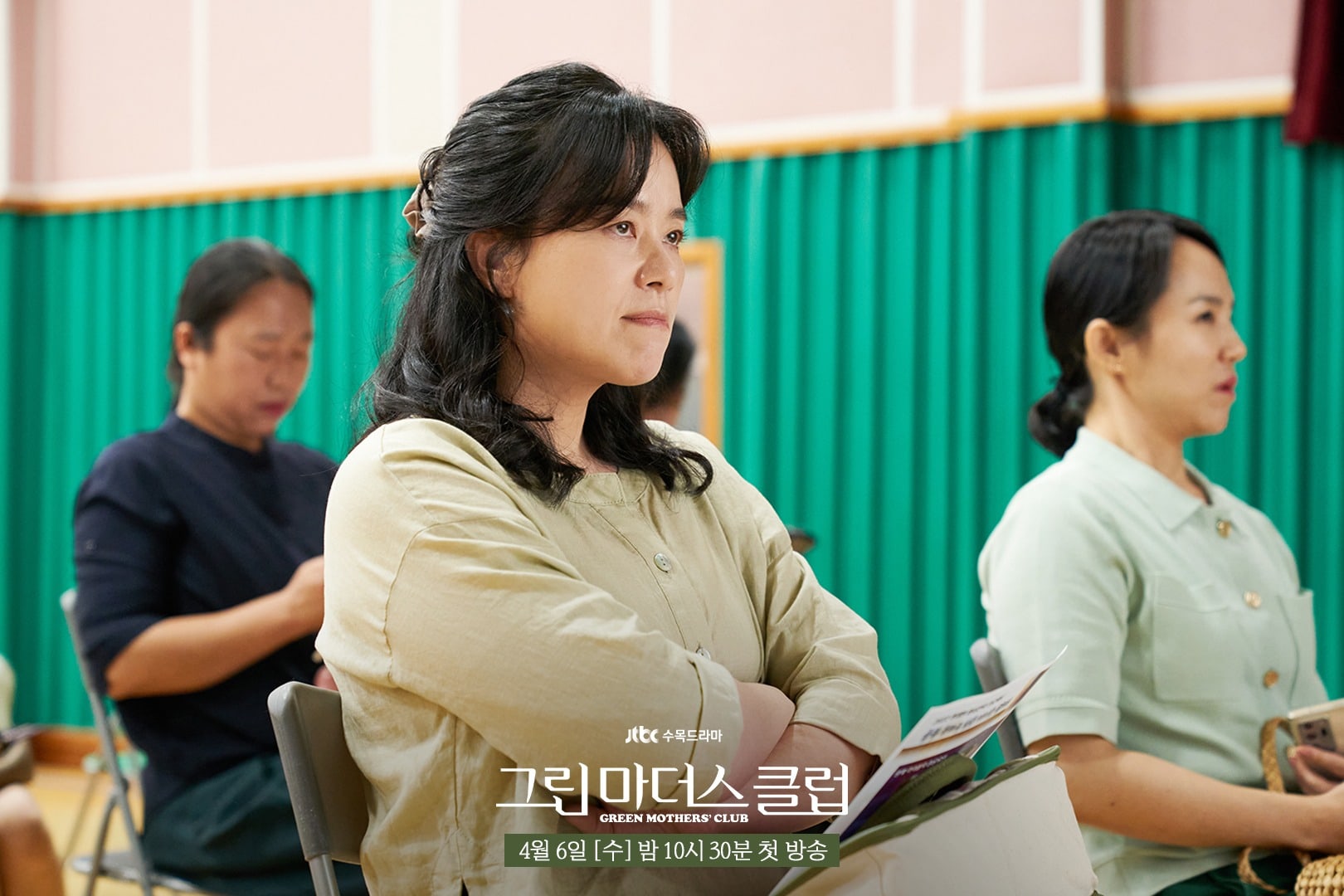 3. The place of budding friendship, even amid a competitive psychological battle

The “Green Mothers’ Club” is a place where mothers engage in a silent and invisible battle of information, but also a place where they start to develop unique friendships with one another. Although they appear to have nothing in common, these ladies encounter similar questions and concerns while raising their kids and end up growing closer as they share solutions with one another.

As they aren’t friends nor co-workers, these five mothers gather with an odd relationship. While they dig into each other’s weaknesses, they also nonchalantly offer each other help, as if nothing ever happened. Although they meet through their children’s names, the mothers eventually grow close enough to refer to one another by their own first names, raising anticipation to see how their friendships blossom. 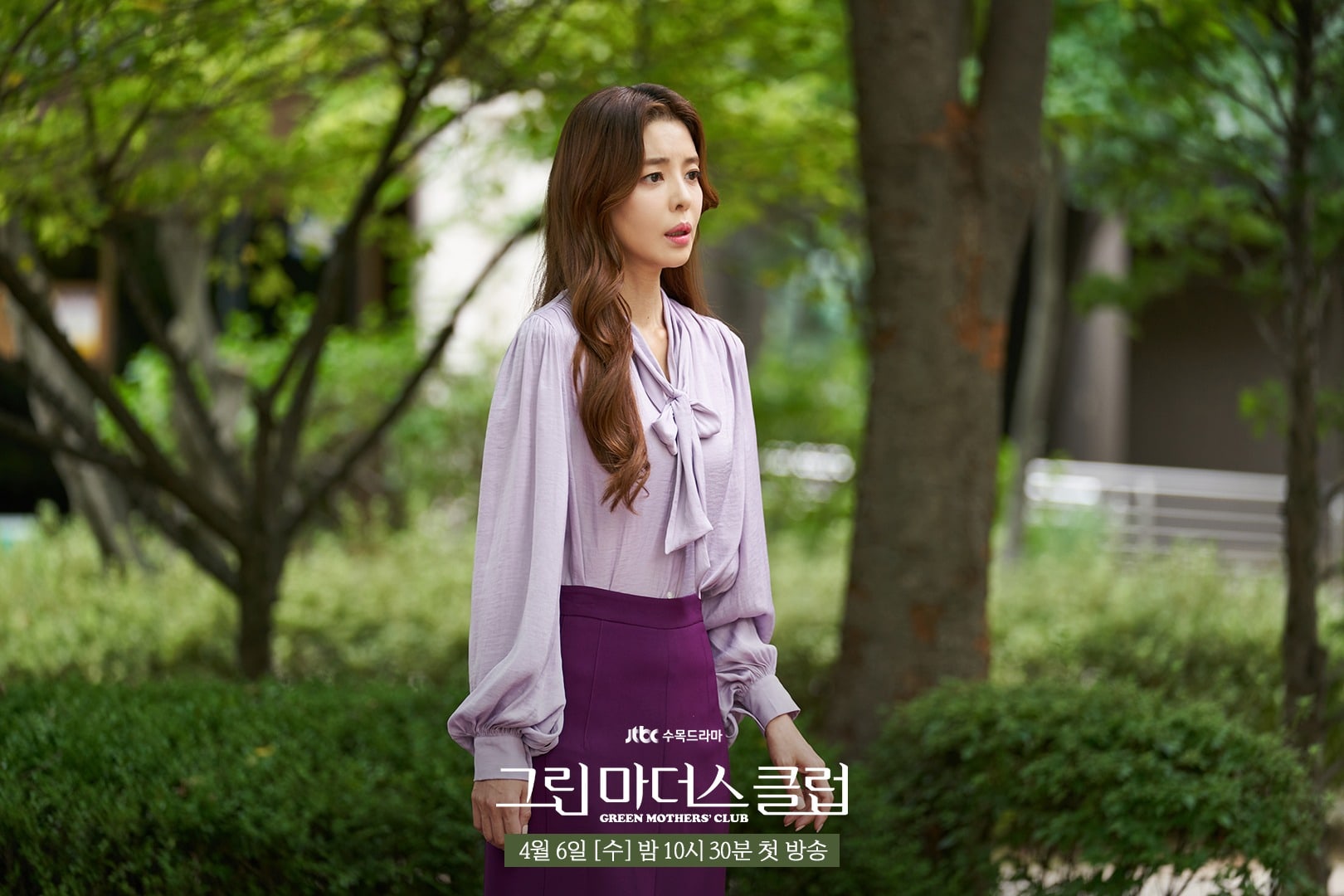 Check out Chu Ja Hyun in “My Unfamiliar Family” below: