Highlight’s Yoon Doojoon has turned into an aspiring entrepreneur for his upcoming drama “There Is No Goo Pil Soo” (literal translation)!

Kwak Do Won stars as Goo Pil Soo, a man in his forties who is sincere about his fried chicken shop and his family. His life is the realistic, pitiful, and challenging life of the breadwinner of a family. Yoon Doojoon stars as Jung Seok, a man in his twenties who confidently chases his dreams despite the realistic challenges of being a young entrepreneur.

Jung Seok is a man who’s got both the looks and brains. He thought he would lead a smooth life as an entrepreneur, but things aren’t as easy as they seem. He encounters a huge obstacle in his life when his father’s company suddenly goes into bankruptcy. His only source of comfort are the warm reviews of the users who use the app “Neighborhood Friend 24” that he developed. One day, he gets entangled up with Goo Pil Soo and experiences big changes in his daily life.

The newly released stills show Jung Seok’s passionate side as a young entrepreneur. In one photo, he points to the screen as he busily shares business proposals. His vivid expression hints that he has come up with some kind of original idea, raising questions about his future. 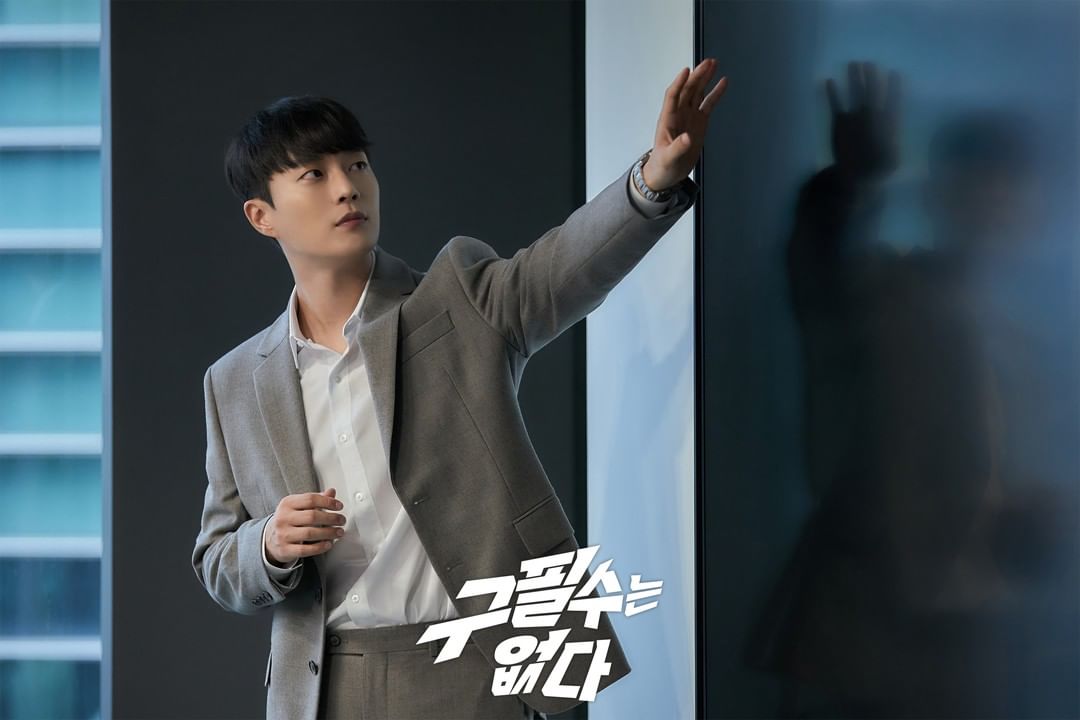 In addition, Jung Seok’s image as a businessman is heightened by his wristwatch, employee ID card, and casual suit. This is Yoon Doojoon’s first drama after his return from the military, and expectations are high for how he will portray a character who struggles and grows in a tough world of start-up businesses. 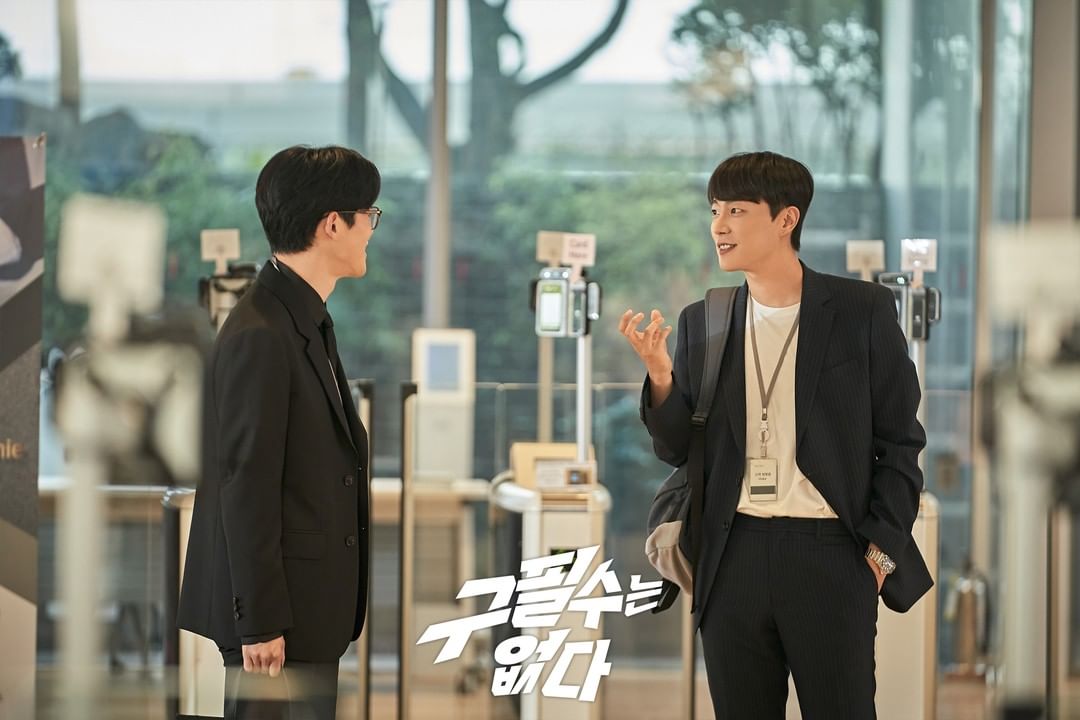 The drama’s production team commented, “Jung Seok is a character who symbolizes the spirit of a person in their 20s who entered the fierce first half of their life. Please pay lots of attention to Jung Seok who will be created with Yoon Doojoon’s passion for acting.”

“There Is No Goo Pil Soo” will premiere on Olleh TV, seezn ,and skyTV in May.

In the meantime, check out Yoon Doojoon in “Radio Romance“: