f(x)’s Luna will be starring in the upcoming Broadway musical “KPOP”!

On March 30 local time, the producers of the new musical “KPOP” announced that Luna would be making her Broadway debut in the show later this year. After a successful off-Broadway run in 2017, “KPOP” will be opening on Broadway this fall.

Although Luna has already made a name for herself as a musical actress in Korea, where she has starred in numerous productions, her starring role in “KPOP” will mark her first-ever appearance in a Broadway musical.

At the in-person announcement at New York’s Korean Cultural Center, Luna remarked, “Anyone who has followed my career knows that musical theater has always been a driving passion of mine. Broadway represents the pinnacle of achievement in my profession, so being able to bring my culture to the fans who flock here from all over the world to see a Broadway show is the honor of my life.”

Meanwhile, producers Tim Forbes and Joey Parnes commented, “The driving force of this production of ‘KPOP’ has always been to fuse the vibrant, joyful, and wildly entertaining world of K-pop with the powerful storytelling of a Broadway musical. The result is something that no one has ever seen before on stage, complete with epic production values, catchy songs, passion, and heart. In the world of K-pop, no one embodies these elements better than Luna. We are thrilled to introduce Broadway audiences to one of the most exciting music superstars in the world.”

Preview performances of “KPOP” are set to begin on October 13 at the Circle in the Square Theater in New York, and the musical’s opening night will take place on November 20. 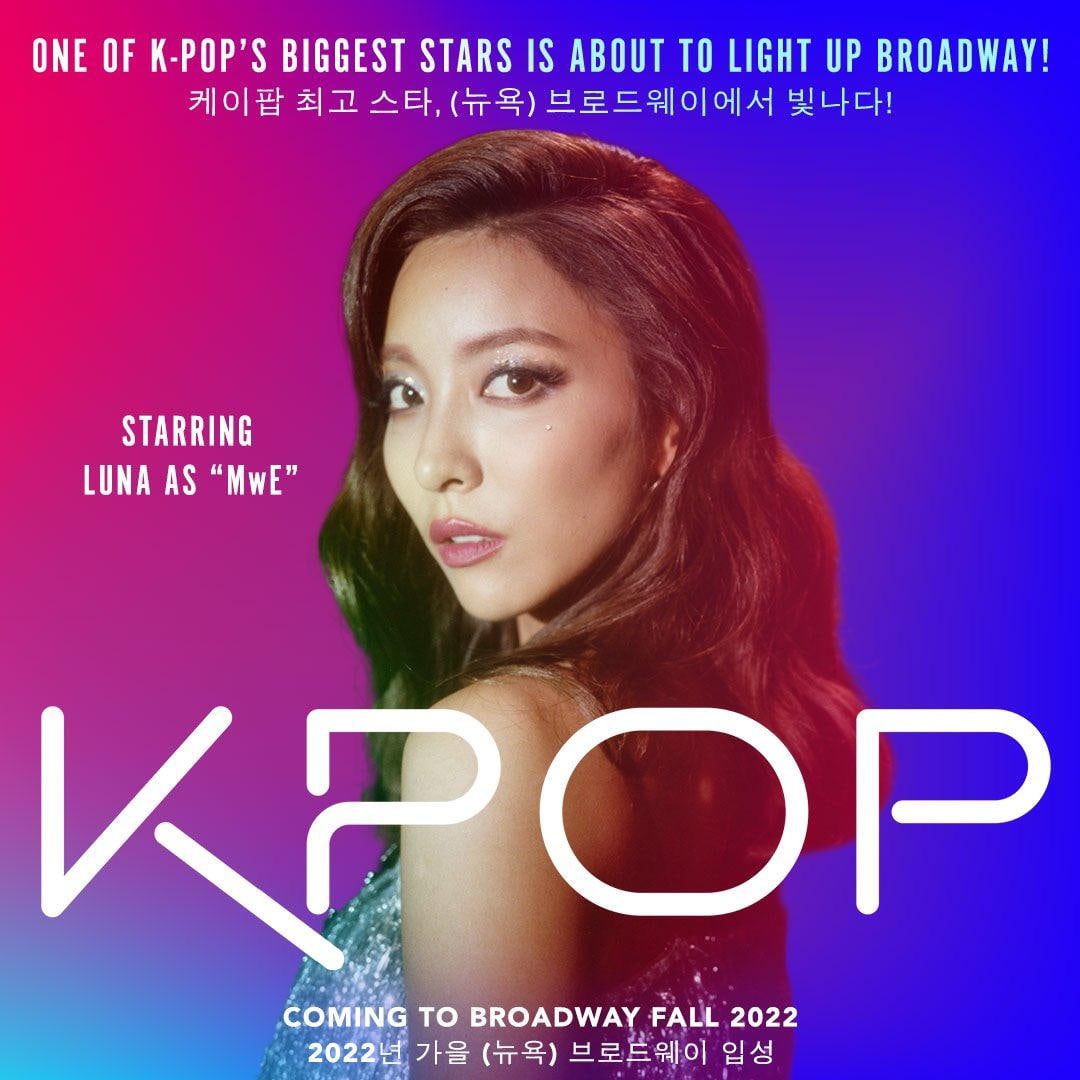