The new group poster previews the upcoming teamwork between the chaotic squad. Magical sparks fly from Cha Cha Woong’s hands while the three ghosts smile mischievously as they give a small taste of what they can do with their supernatural abilities. Wearing playful expressions, Choi Geom and Ye Ji look excited to participate in the show that is to come, and Go Seul Hae and Lee Yong Ryeol look ready to take on any sign of trouble at any moment. The text at the top of the poster reads, “The nation’s first human and ghost collaborative investigation drama.” 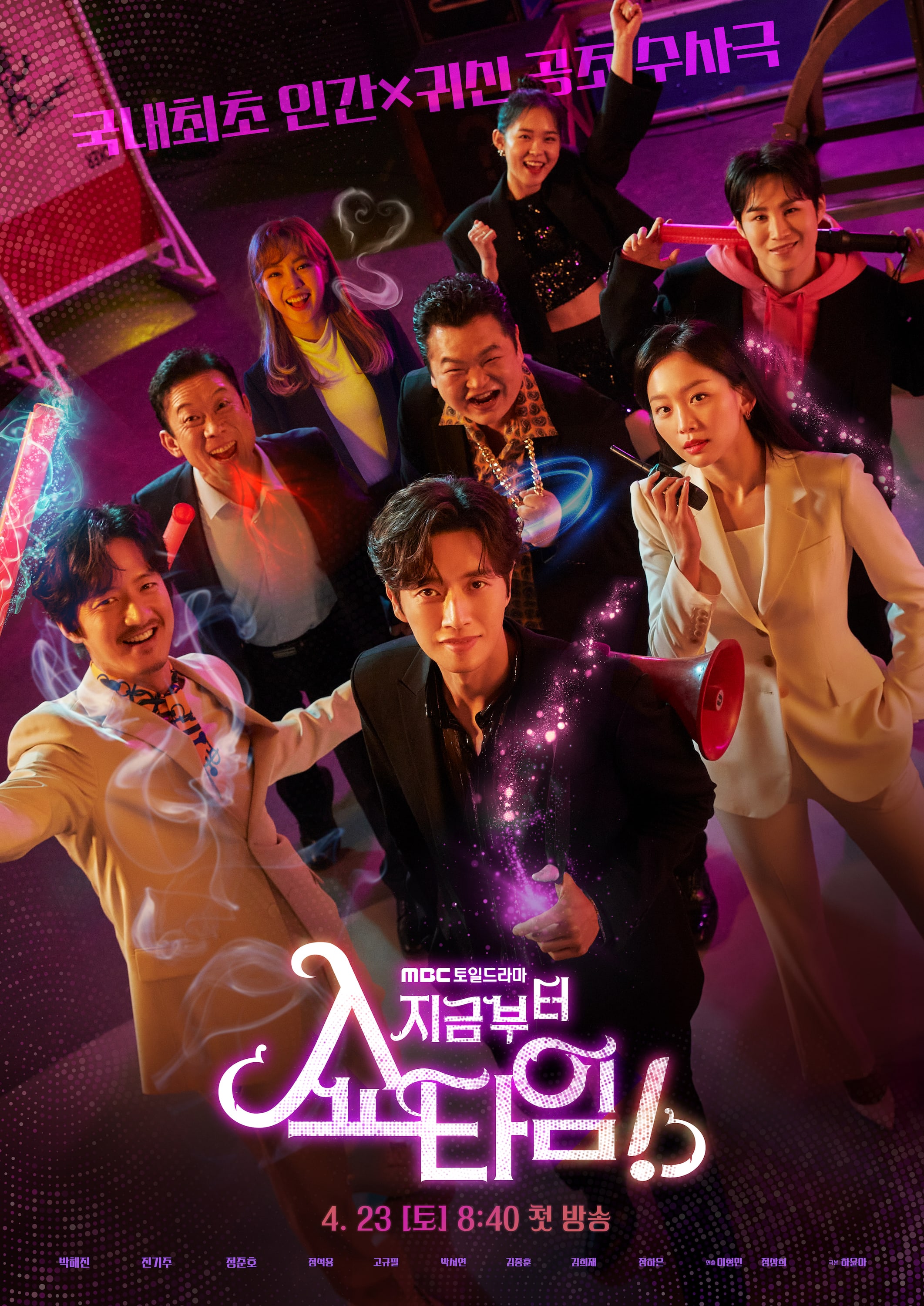 “From Now On, Showtime!” will premiere on April 23 at 8:40 p.m. KST and air every weekend. It will also be available on Viki with English subtitles.